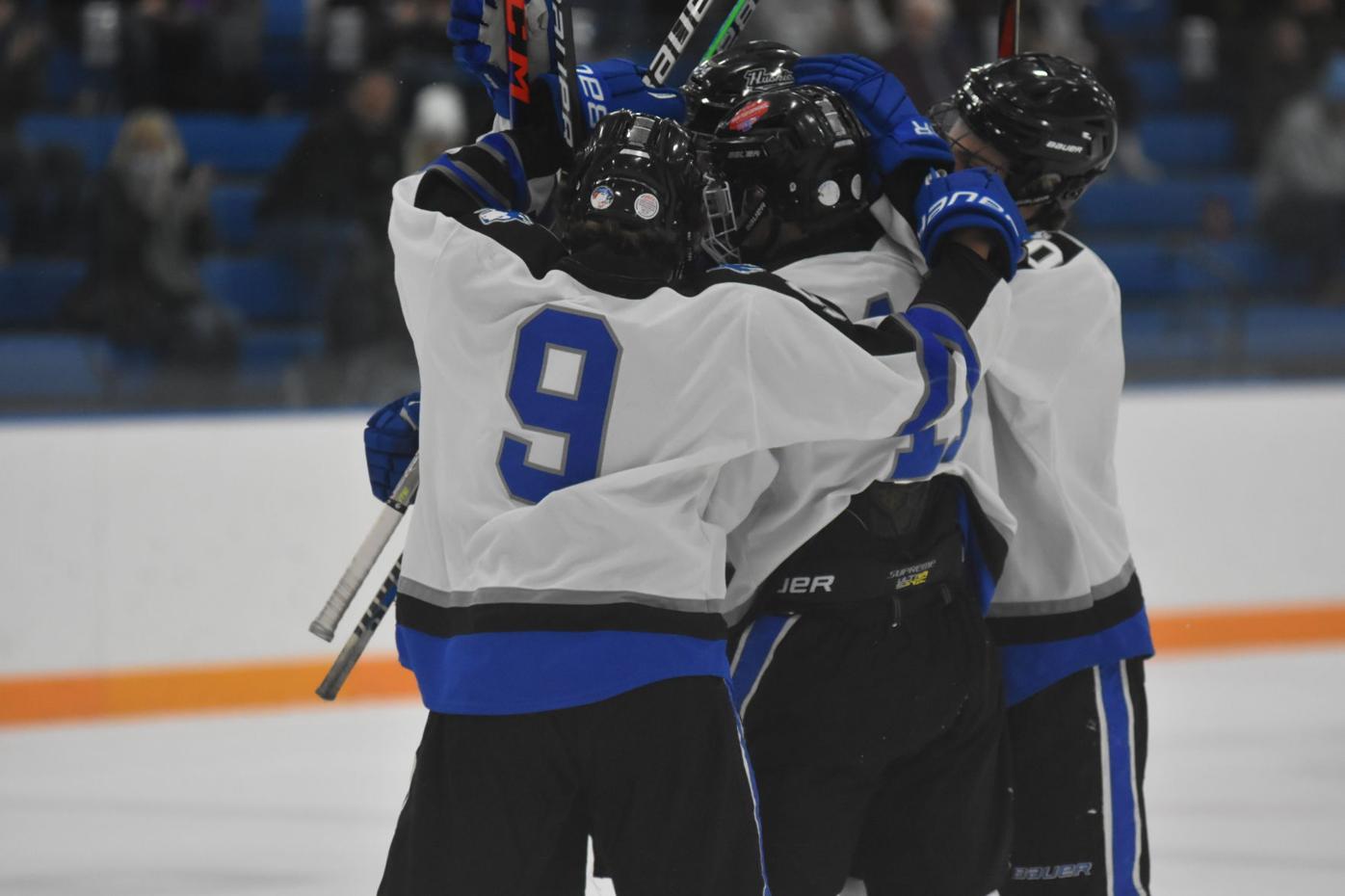 The Huskies open their regular season against the Minnetonka Skippers on Dec. 2. (Stephen McDaniel/southernminn.com) 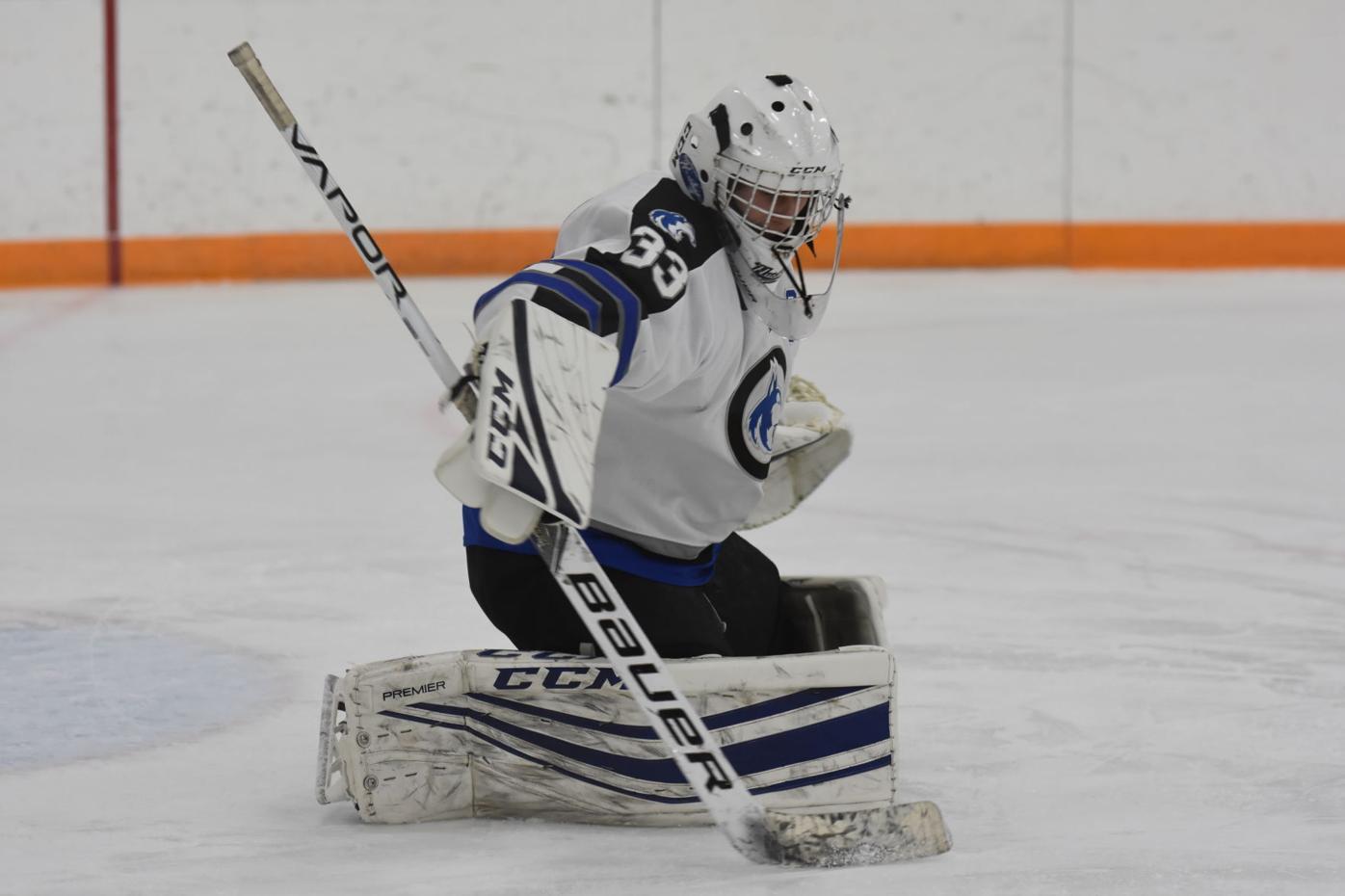 Senior Preston Meier is one of two senior goaltenders for the Owatonna Huskies. (Stephen McDaniel/southernminn.com) 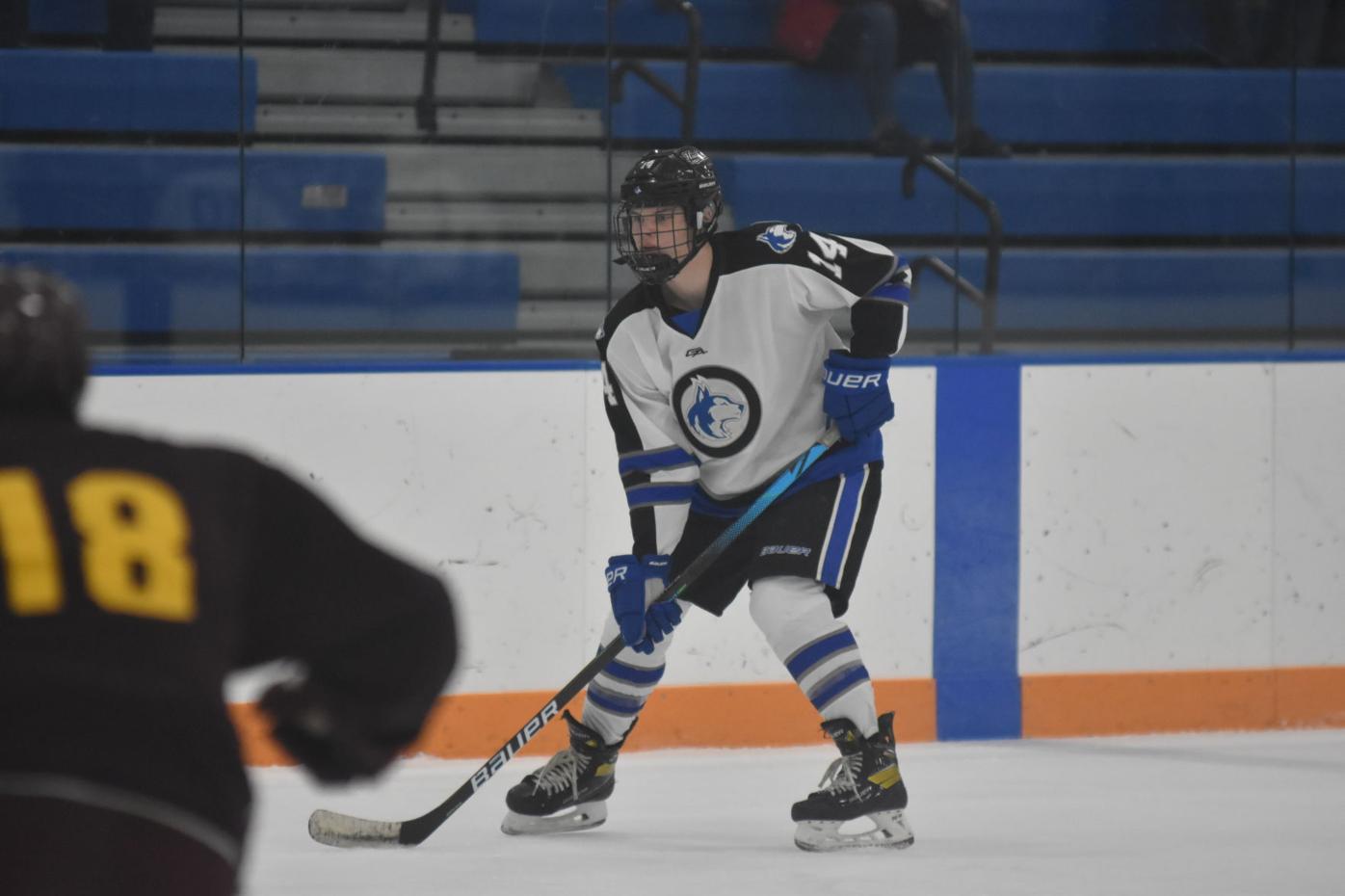 Owatonna senior Devon Roush (14) is one of the returning defensemen for the Huskies. (Stephen McDaniel/southernminn.com)

Getting back into the thick of things after a limited 2020-21 season, Owatonna boys hockey inches closer to their return to the ice for the 2021-22 season. With the conclusion of their second and final scrimmage of the preseason Tuesday afternoon, the Huskies can fully set their eyes on their season opener against Minnetonka.

The two scrimmages against Irondale and Bloomington Kennedy gave the boys a chance to get acclimated on the ice against another team without the threat of having to go in cold like a season before.

This gave them some early looks at line chemistry, test running some new systems implemented by new head coach David Fromm and getting some experience with special teams and overtime situations when agreed upon.

But the next time they step on the ice, the game matters and will determine if the Huskies will start off their 2021-22 campaign 1-0 or 0-1.

Minnetonka has a leg up on Owatonna since the Skippers will have two regular season games under their belt by the time they make the trip out to the Four Seasons Centre in Owatonna.

Both teams are facing some of the same issues, with one of the biggest concerns coming from losing their top point leaders from last season.

Owatonna lost their top three leader in points last season, but returns its leading goal score in senior forward Tanner Stendel, who is coming off a 14-goal season according to MNBoysHockeyHub.

One thing going in the Huskies favor comes at the opposite end of the ice. They have some veteran experience between the pipes with seniors Preston Meier and Sam Pfieffer. They also return plenty of veterans on the blue line with seniors Grant Achterkirch and Joey Dub.

On Minnetonka’s side, the Skippers lost their top three goal scorers and some of their leading point getters from their 2020-21 season.

In the shortened season last year, Owatonna and Minnetonka squared off in Minnetonka, where the Skippers got the upper hand on the Huskies in a 5-0 shutout.

Duke Kiffin and Tyler Kueppers both recorded two goals for Minnetonka with the other lone goal coming from Graham Harris. Kiffin (two goals and one assist) and Hunter Newhouse (Three assists) led all skaters with three points.

This time around, Owatonna doesn’t have to worry about those four with all four Skippers graduating.

Another thing that became an issue for the Huskies in their shutout loss to Minnetonka was staying out of the penalty box.

Owatonna got whistled for five minor penalties for a total of 10 minutes spent in the box. Kueppers scored both of his goals on the power play, one in the first period and one in the third period.

This time around, Owatonna will rely on its blueline group and the experience with their goaltenders while the team gets adjusted to the season and finds which forwards will step up and help with goal scoring.

The Huskies and the Skippers are set to face off at 7 p.m. Dec. 2 inside the Steele County Four Seasons Centre.