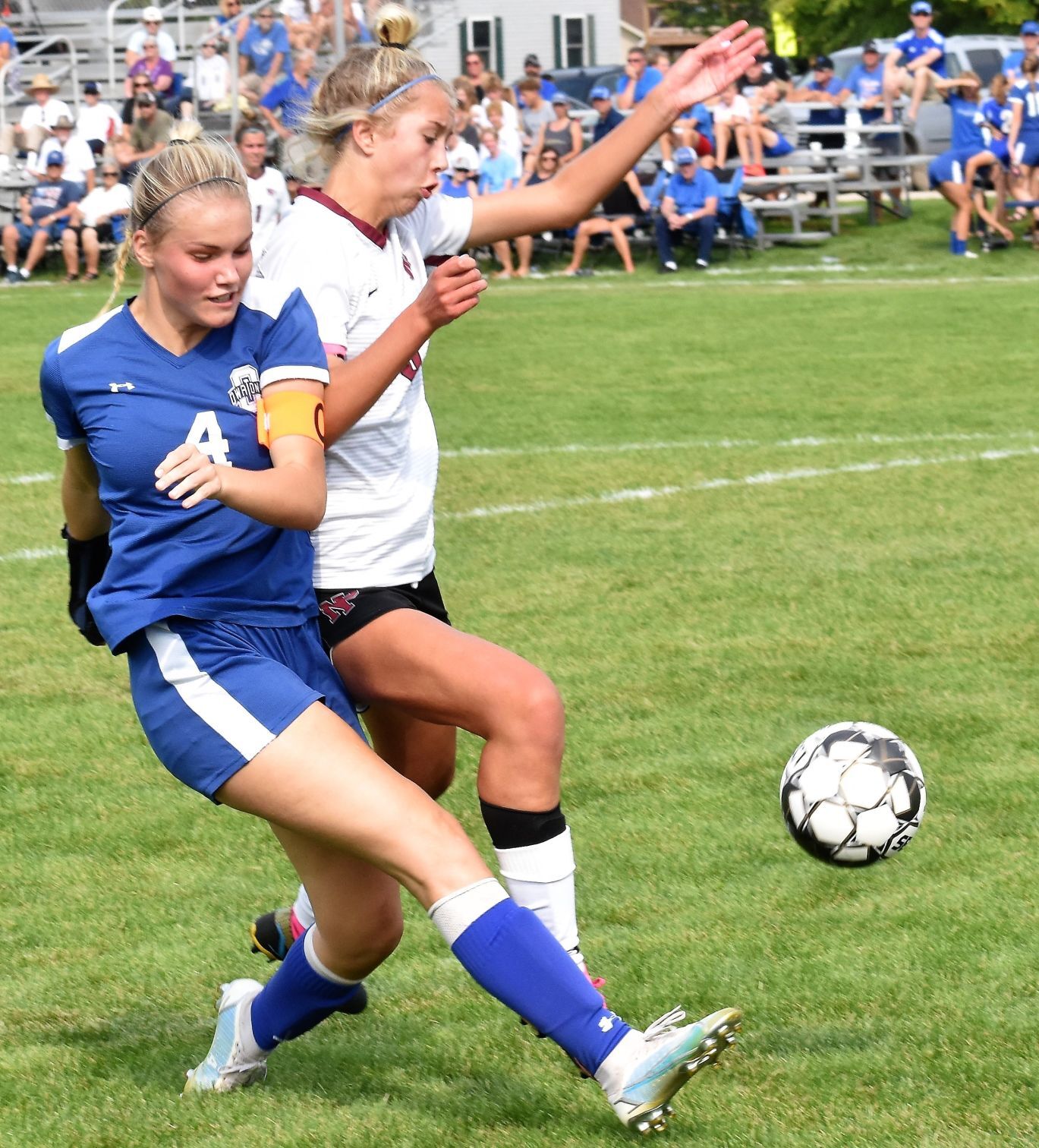 Owatonna midfielder Ezra Oien gets run over as she takes a shot on goal against New Prague. (Pat Beck/southernminn.com) 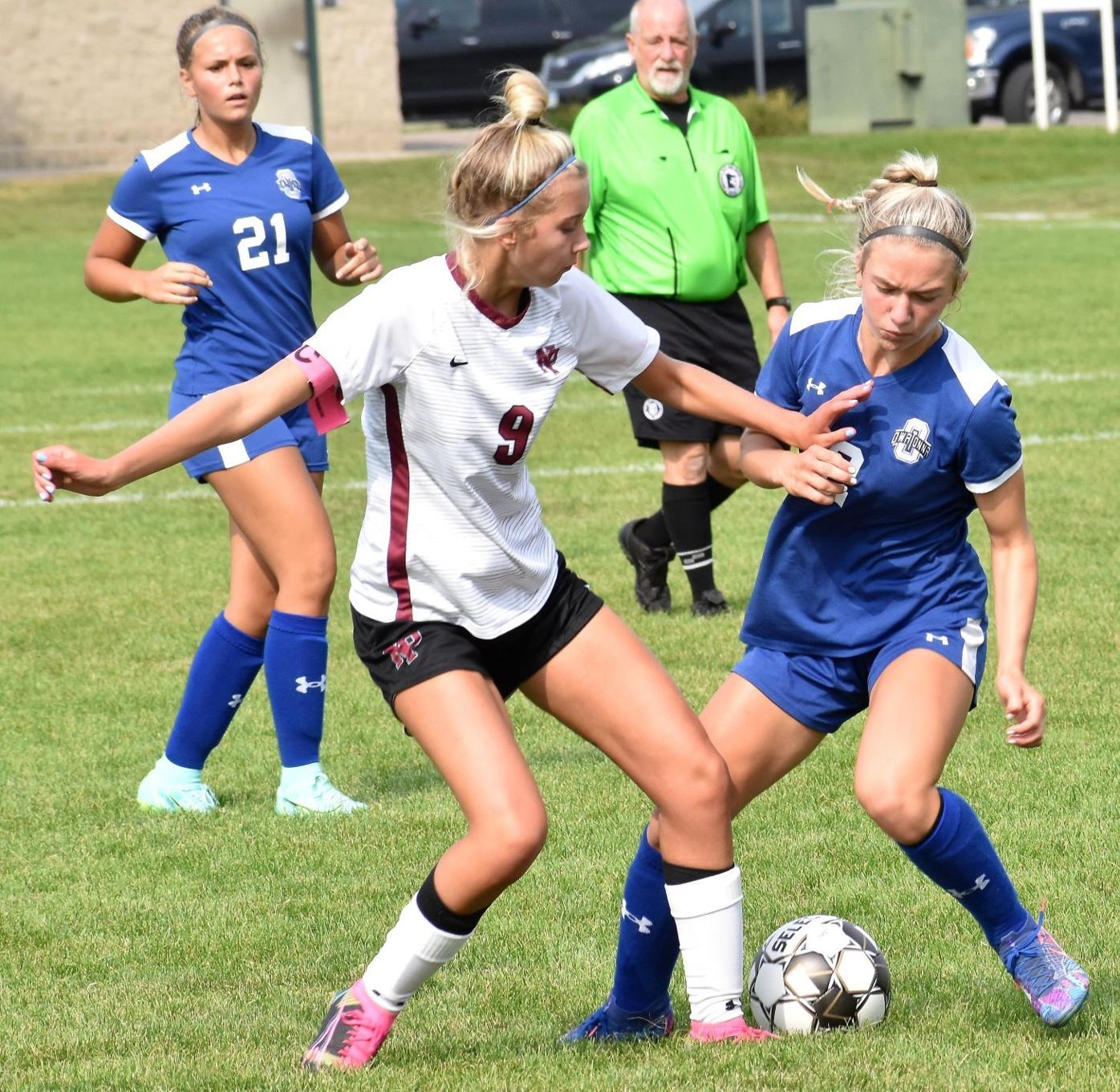 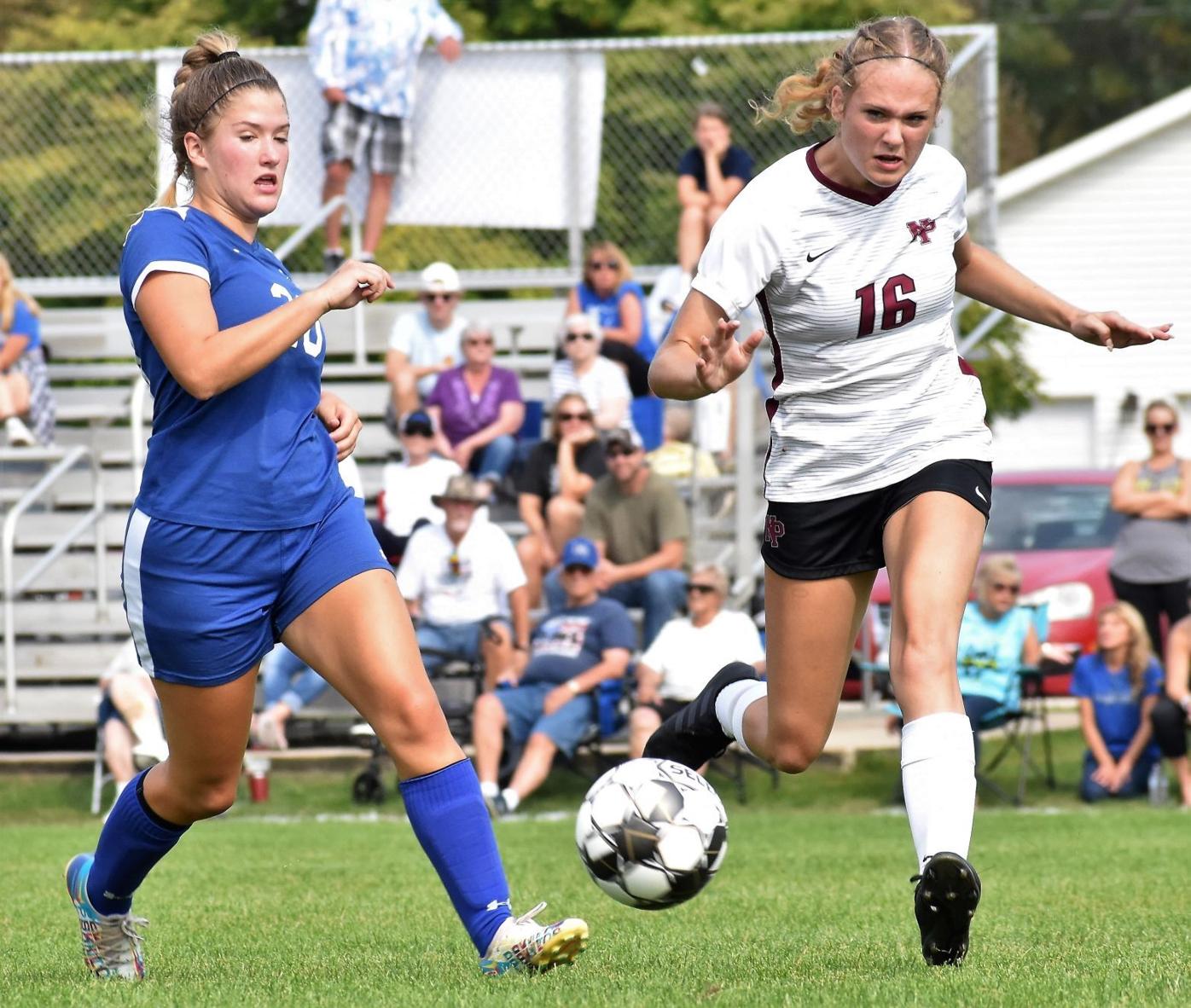 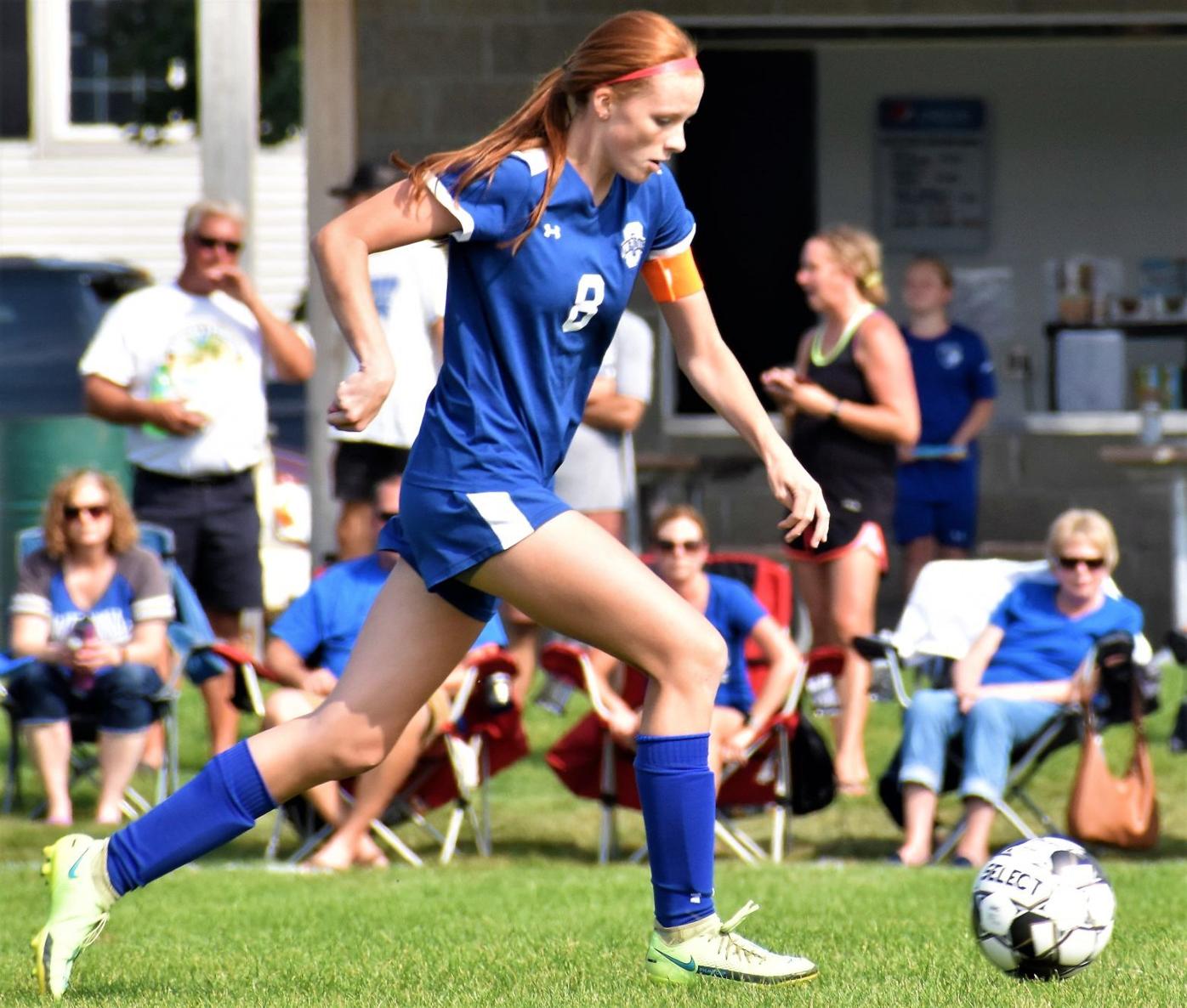 Owatonna midfielder Ezra Oien gets run over as she takes a shot on goal against New Prague. (Pat Beck/southernminn.com)

Five different players scored as the Owatonna Huskies girls soccer team evened its overall record to 3-3 in defeating New Prague 5-1 in the second half of the boys and girls doubleheader Saturday afternoon Owatonna Soccer Complex at Lincoln Elementary School.

"That's kind of been our theme throughout the year," Gendron said. "We've had several different players put it into the back of the net, so we feel pretty dynamic on the offensive front."

The Huskies jumped to a 1-0 lead 3 minutes into the game on a heads-up play by senior forward Hilary Haarstad. She intercepted a goal kick, went in free and scored.

Owatonna upped its lead to 2-0 with 7:13 left in the first half. Freshman forward Kennedy Schammel took a breakaway pass from junior midfielder Kylie Rummel.

Junior midfielder Abby Vetsch scored on a penalty kick midway through the second half to up the Huskies' lead to 3-0.

Rummel tapped in an unassisted goal in the box with 6:11 to play to make it 4-0.

Junior midfielder Arianna Shornock finished off the scoring with an unassisted goal with 50 second left for the 5-1 victory.

Owatonna goalkeeper Anna Johnson played a strong game, making seven saves in the first half and five in the second half for a total of 12, while the Huskies fired 14 shots on goal.

"We have two strong goalies, but the last few games where Anna has played for us, she's played outstanding. She's had a couple of big saves and really kept us alive.

"And we have great leadership and organization in our back line defense. It's good to have those returning players back."

Anchoring the defense are middle defenders Taylor Schlauderaff and Janessa Moore.  On the outside are Emily Schmidt and Lexi Nelson are the main two.

A few Owatonna players went down with injuries in collisions with the Trojans, but all looked OK walking off the field.

"It was a very physical match," Gendron said." A couple of calls didn't necessarily go our way, but I was very proud of our girls and how they were able to just play their game and then come out on top and get the reward for it. They worked hard. We played the style of play that we wanted, and that was control in the middle of the field and then distribute to the outside. That's what we've been working on a lot. Our girls were able to do that and push through some adversity.

Owatonna (2-1 in the Big 9 Conference) travels to Northfield (0-5, 0-3) for a key conference clash at 7 p.m. Tuesday. On Thursday the Huskies host Winona at 7 p.m., and Saturday Owatonna is back at home against Burnsville.