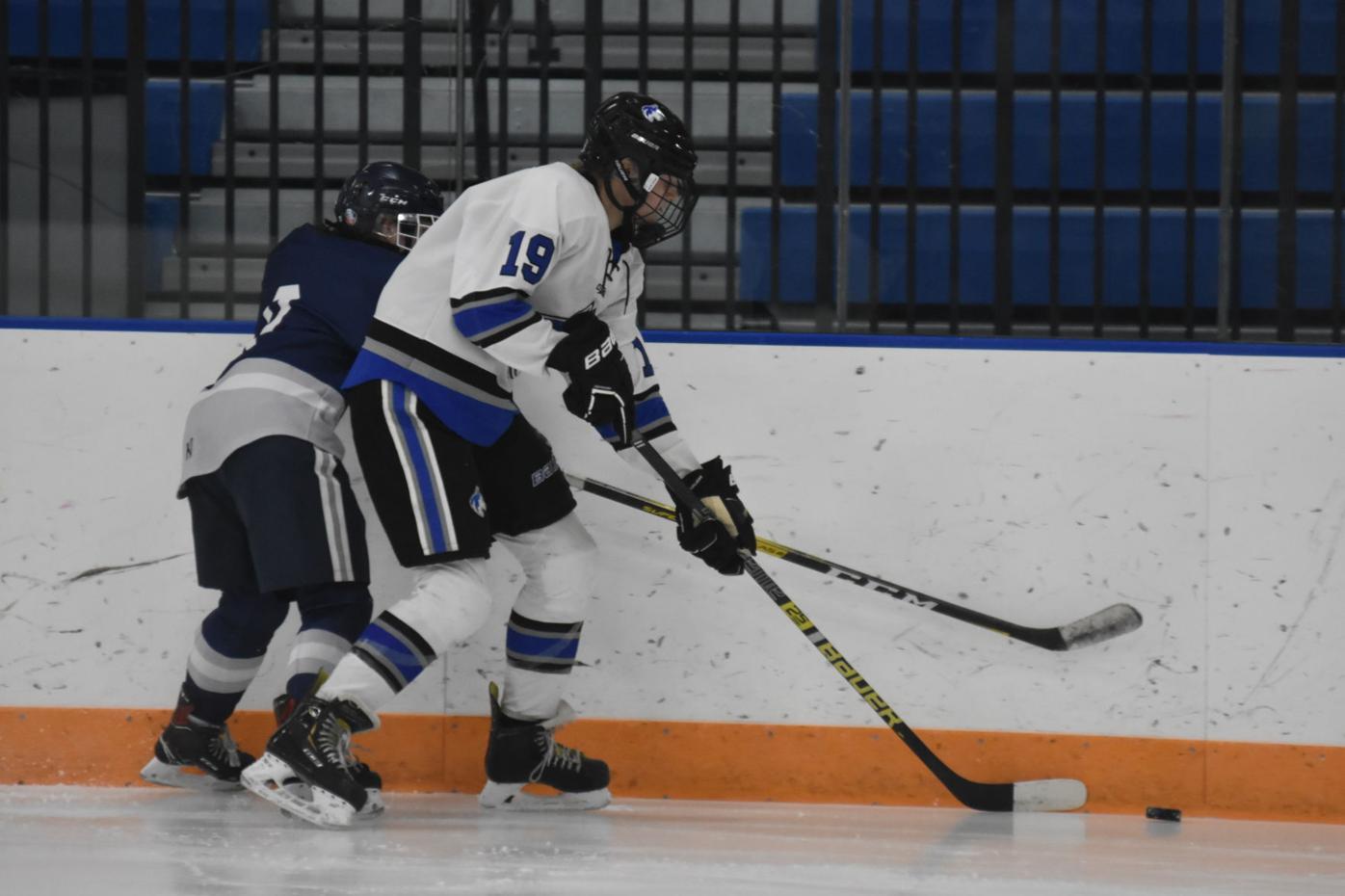 Owatonna eighth grade defender Kendra Bogen (19) battles for the puck along the wall with a player from Rochester Century. (Stephen McDaniel/southernminn.com) 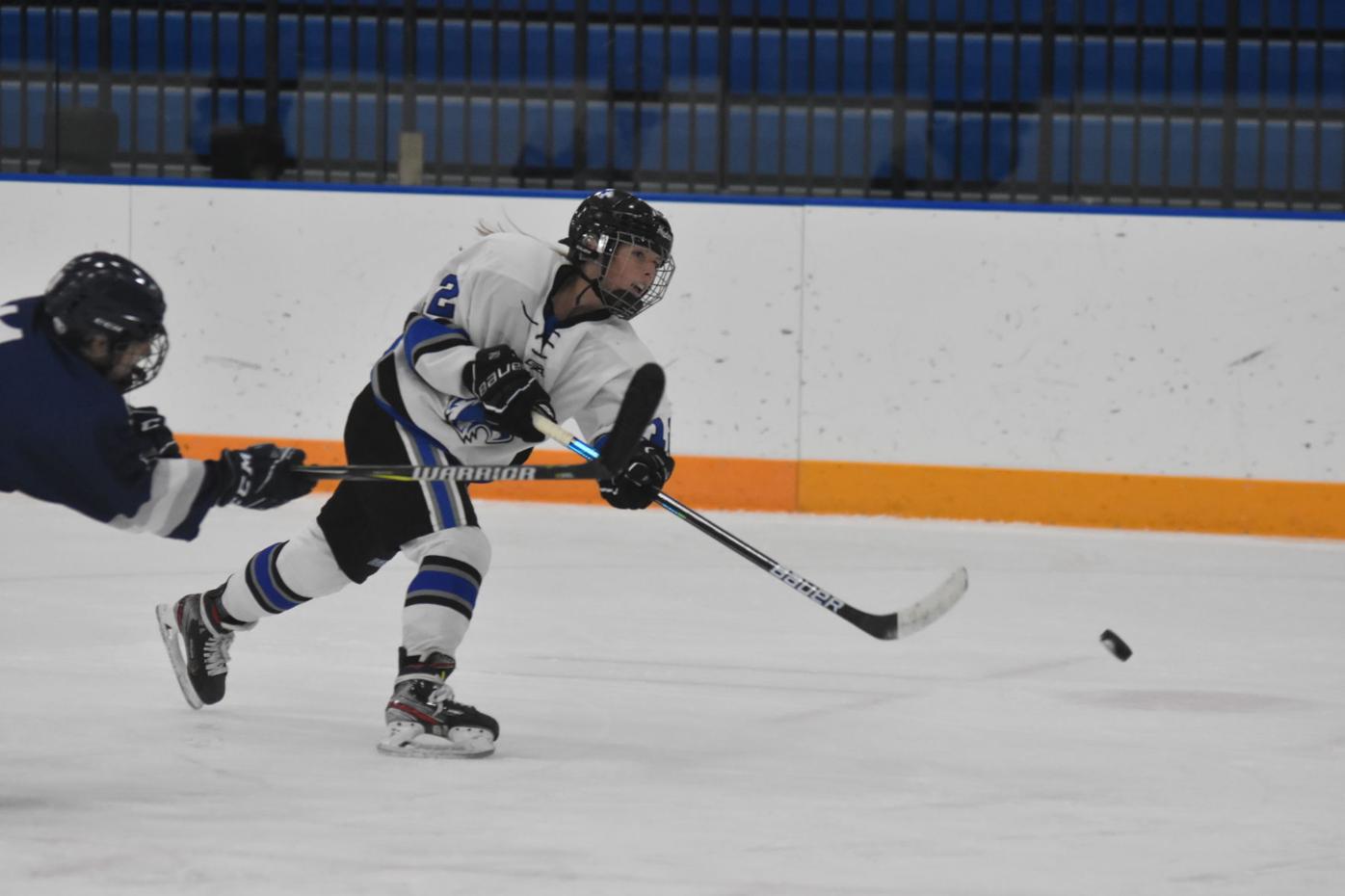 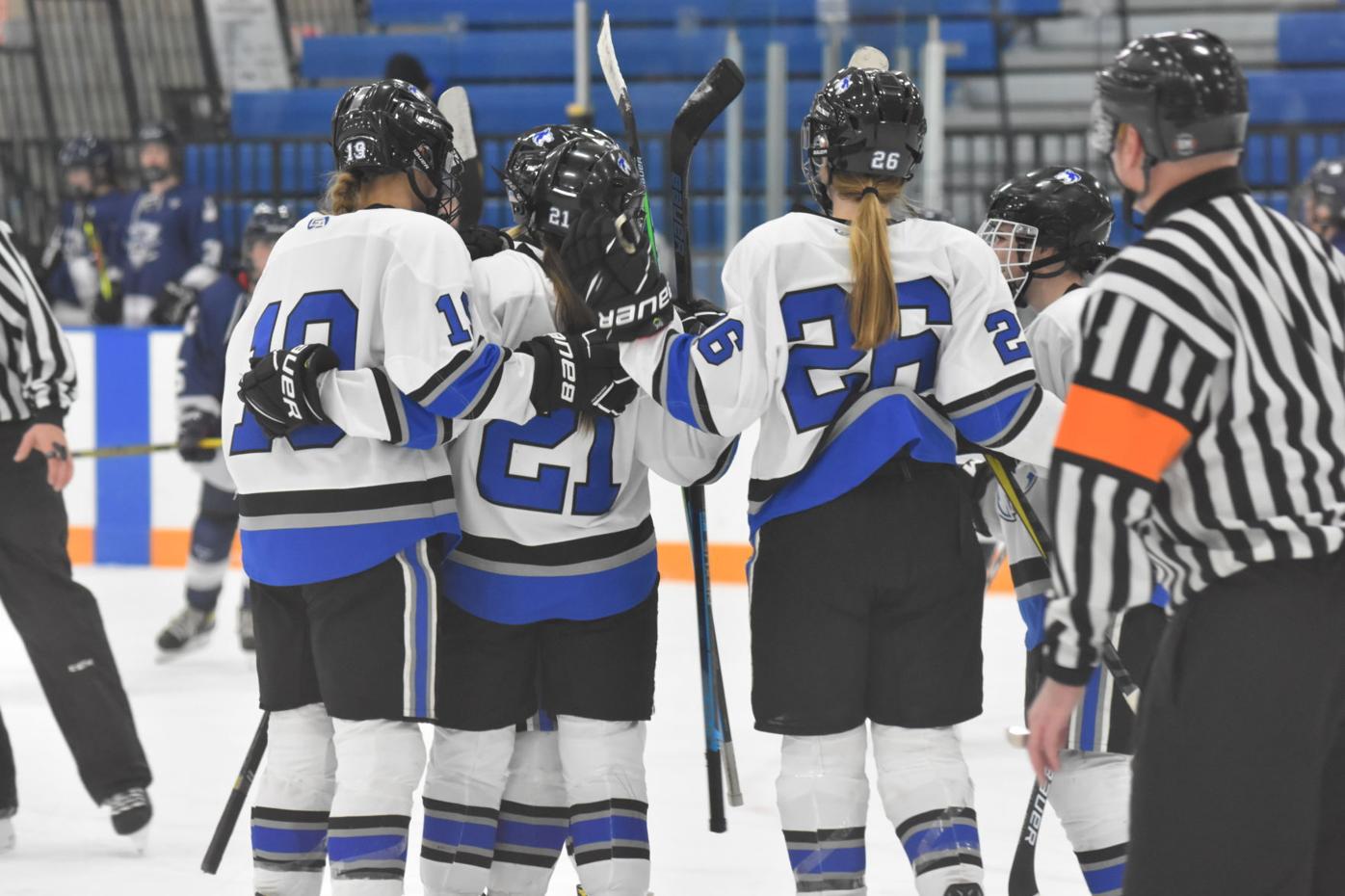 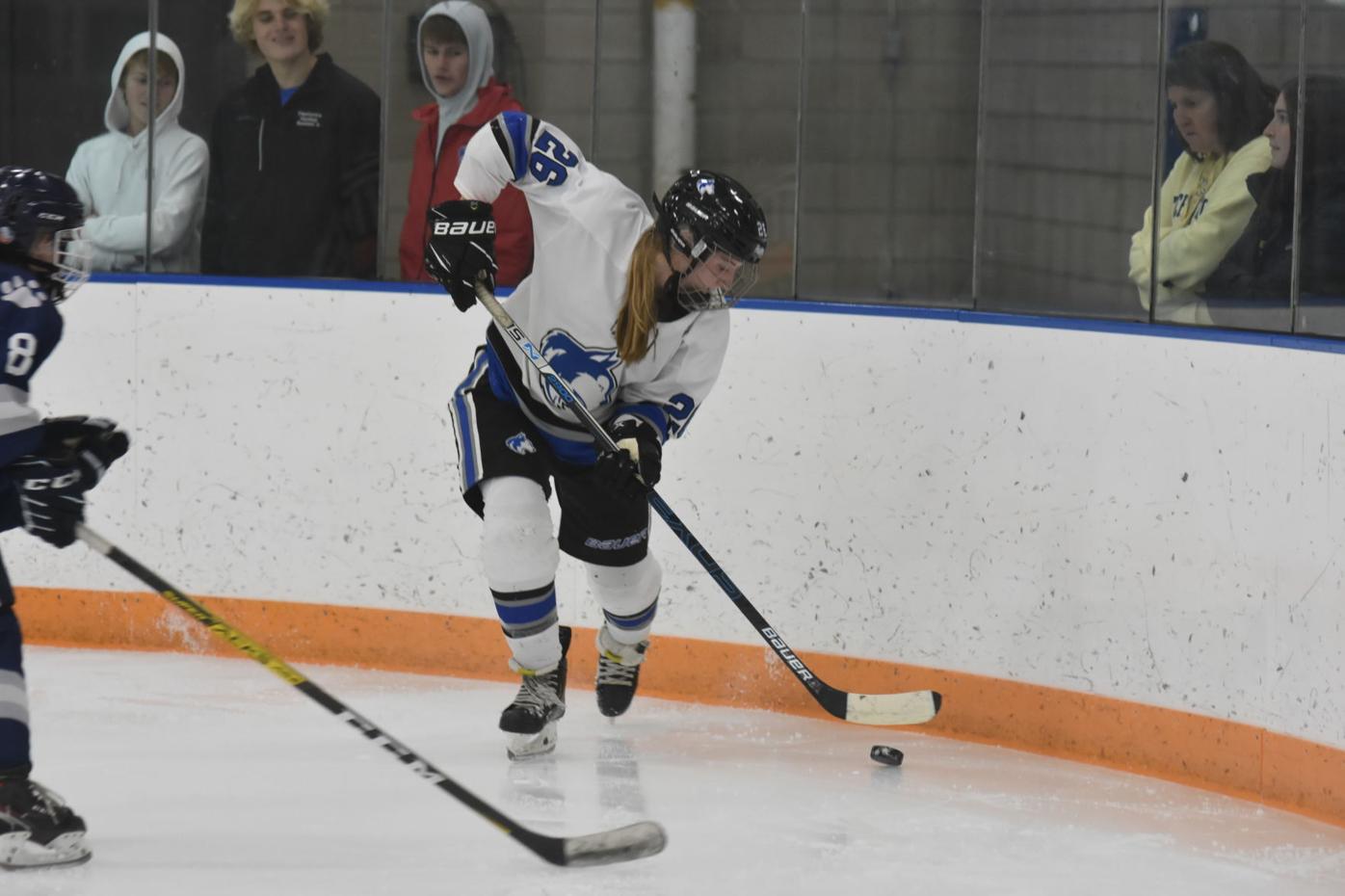 Whether it was the first, second or third period and whether it was on the powerplay, even strength or on the penalty kill, the Owatonna Huskies camped out in the offensive zone for a majority of their 3-0 win over the Rochester Century Panthers.

There was really one critique for the Huskies in a game they thoroughly controlled from the first puck drop to the final buzzer: put the puck into the net more.

Owatonna blanked the Panthers 3-0 behind one goal per period, despite the fact that it outshot Century 9-0 in the first, 19-1 in the second, 14-3 in the third and 42-4 overall on shots.

“We were a little disappointed,” said junior defender Sarah Snitker. “We were hoping to beat them by a couple more goals than that, but a win is a win.”

The Huskies offense was led by three late period goals with the first of the three coming from sophomore forward Izzy Radel, who recorded her first goal of the season off an assist from Snitker with around four and a half minutes left in the first period.

Fellow sophomore forward Molly Achterkirch doubled the Huskies lead with just under three minutes left in the second after tipping the puck into the net. Freshman defender Alia Kubicek and senior forward Gabriella Lamont were credited with the assists.

Snitker put the nail in the coffin just under five minutes left in the game when she took a shot from the point and beat Century’s goaltender on an unassisted goal to put Owatonna up 3-0.

“I think we worked really well together moving the defense back and forth, crashing the net and screening the goalie,” Snitker said.

For majority of the game, the Huskies were able to keep constant pressure inside the Panthers defensive zone and did a good job of keeping the puck in zone after Century would attempt to clear it out or they would pressure whichever skater controlled the puck and eventually toss it back down along the walls or into the corner.

The Panthers struggled to go on the counterattack and didn’t record their first shot on goal until there was around three and a half minutes left on the clock in the second period, which didn’t end up being a difficult save for senior goaltender Ava Wolfe.

In the first period, Owatonna took two separate minor penalties, one on Zoie Roush for hooking early on and one on Kendra Bogen for checking late in the period. With a combined four minutes with the skater advantage, Century didn’t record a single shot.

Samantha Bogen got called for a holding minor in the second period and that Century power play also didn’t generate any shots.

Half of the Panthers shots came in the final minute of the game when they went on their fourth power play and managed to get two shots off on Wolfe, one of which she blocked aside into the corner and one shot went slightly wide.

Holding a team to only four shots all game is something Snitker and the rest of the blue line takes pride in.

“Yeah, definitely. Stepping on them early and protecting our goalie at all costs,” Snitker said.

By the end of the night, Snitker led the Huskies with two total points off her goal and her assist. Radel (one goal), Achterkirch (one goal), Kubicek (one assist) and Lamont (one assist) all recorded one point each.

Between the pipes, Wolfe recorded four saves on all four shots she faced for a 1.000 save percentage in her first shutout of the season.

Fresh off their win and improving their record to 3-0 on the season, the Huskies get a small break with Thanksgiving Break. They’ll return back to the ice Nov. 30 when they host Buffalo at the Four Seasons Centre.