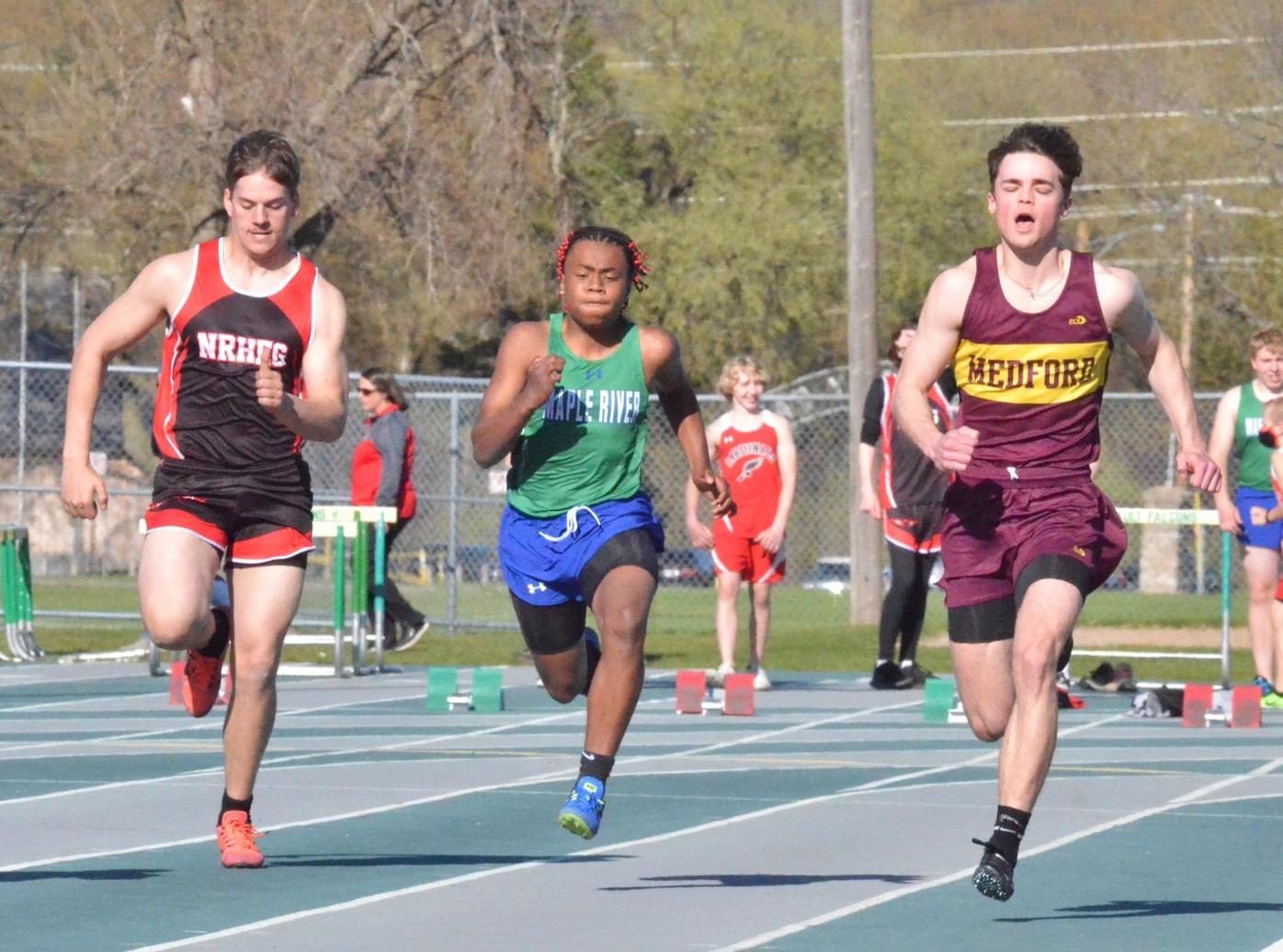 Medford’s Henry Grayson (right) broke the school record in the 400-meter dash last week, a record that had stood untouched since 1967. (Michael Hughes/southernminn.com) 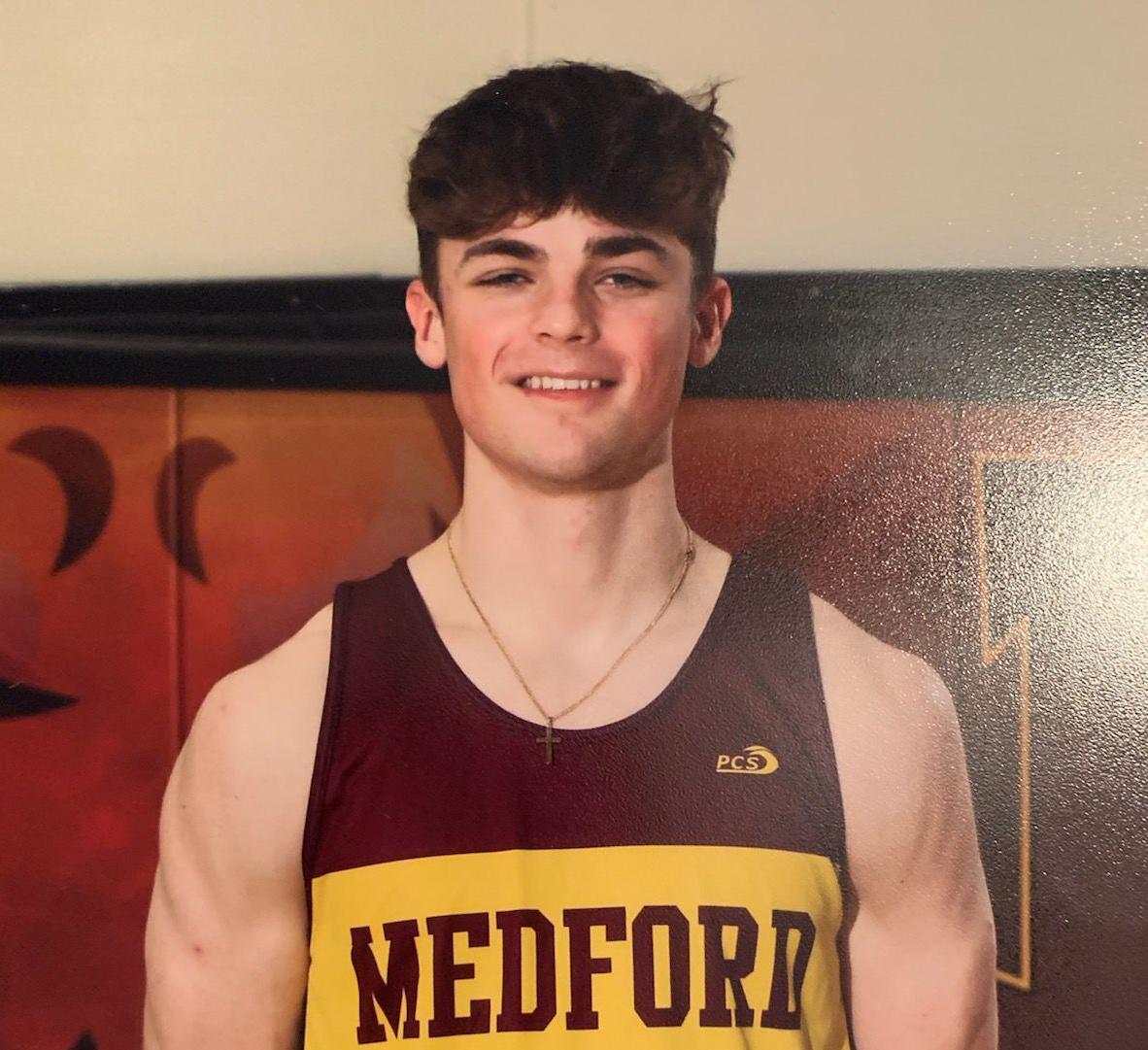 In addition to competing in the 400-meter dash, Henry Grayson runs the 100-meter dash and competes in the long jump as well. (Submitted photo)w

Medford’s Henry Grayson (right) broke the school record in the 400-meter dash last week, a record that had stood untouched since 1967. (Michael Hughes/southernminn.com)

In addition to competing in the 400-meter dash, Henry Grayson runs the 100-meter dash and competes in the long jump as well. (Submitted photo)w

Medford junior Henry Grayson knew he ran very well during his 400-meter dash race last Thursday as part of a track meet hosted by Faribault High School, but it wasn’t until he and the rest of his teammates loaded onto the bus for the ride home that it was revealed just how well he had performed.

“Usually at the meets, they have live results so you can see right away when you’re done with your race what time you got. They didn’t have that at this meet, so we kept asking the people,” Grayson said, recalling the tense moments following the meet. “Finally at the end, we all got on the bus and they released it and everyone started going crazy. That was kind of cool.”

Grayson’s official time was clocked at 51.81 seconds, nearly 0.2 seconds faster than the Medford High School record of 52 seconds, which was set back in 1967.

“It was just complete excitement. It felt surreal,” Grayson said of the emotion he felt after he was notified that he had broken the record. “I was working really hard to get that.”

This was the third meet race Grayson — who also runs the 100-meter dash and competes in the long jump — had participated in this season after missing one due to illness and another due to cancellation.

Like most runners, Grayson’s relationship with the 400-meter dash is complicated. The event uniquely melds the technique to short distance running with the energy demands of long distance running, forming a grueling race that is not for the faint of heart. He noticed that many of his teammates balked at the chance to participate in the race, so he figured he’d give it a try and see where it took him.

Although his training has ultimately paid off and then some, Grayson finds it difficult to be completely copacetic with the 400-meter dash.

While he is happy that his name is now printed in the annals of Medford sports history, Grayson isn’t content with simply standing pat. His goal is to keep improving and be ready come the section meet later this spring...and possibly beyond.

“I don’t want to stop. I don’t what to say, ‘Hey, I got the record and I’m done,’” he said. “I just want to keep going and going. Hopefully, my times are looking like I’m going to make it to sections and possible state, so that’s what I’m aiming for.”