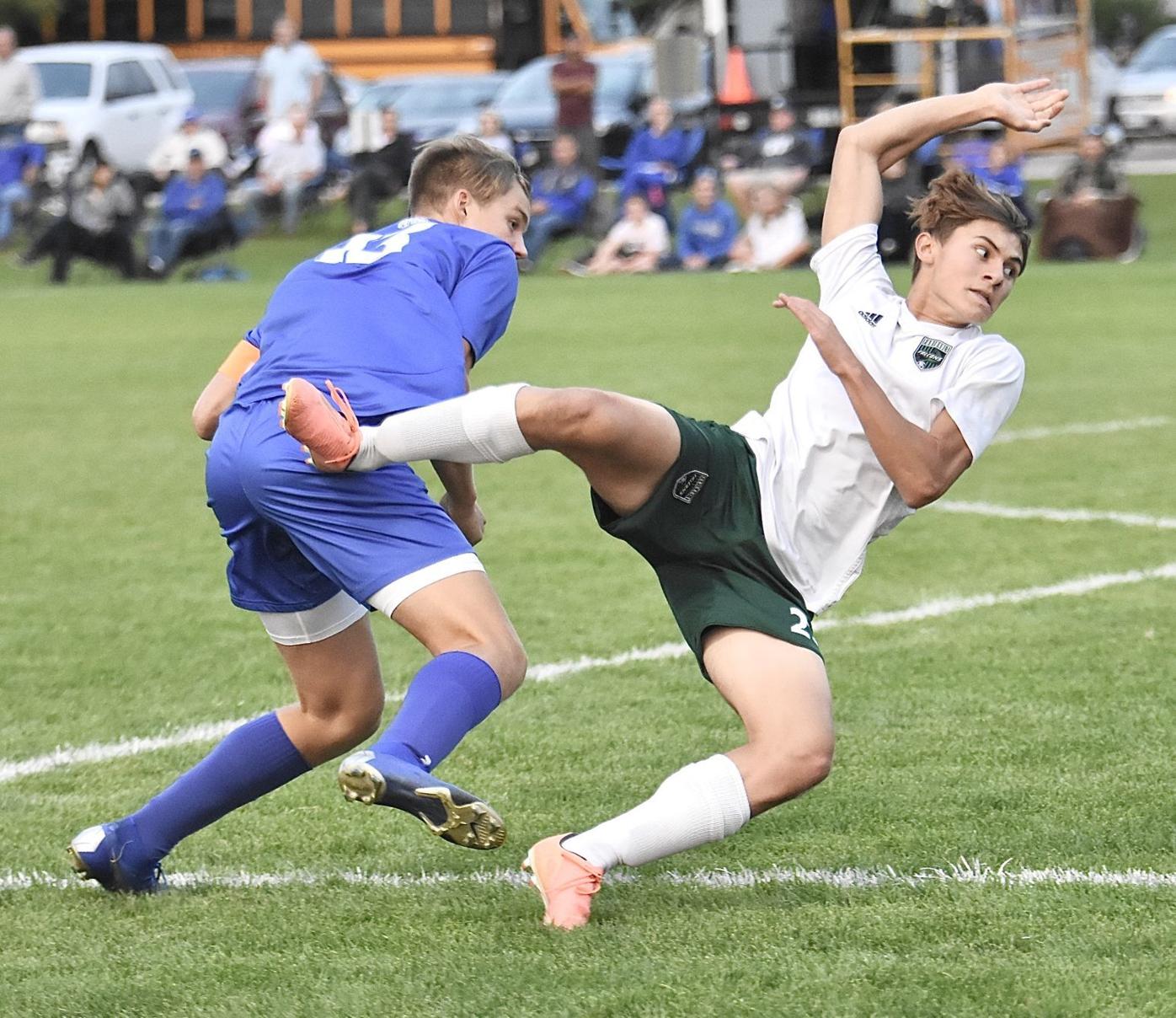 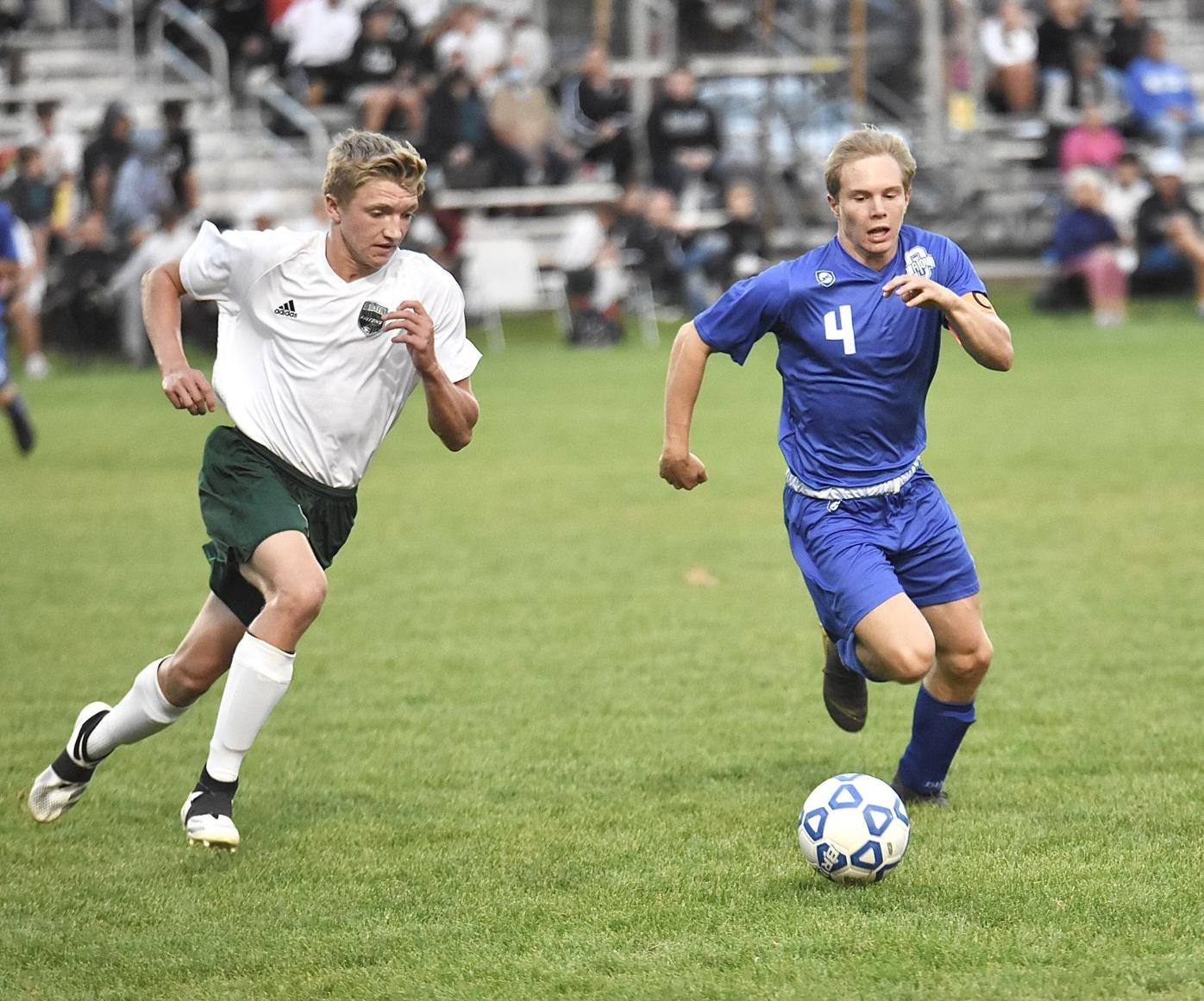 OWATONNA — Tuesday’s Big Nine Conference boys soccer showdown between a pair of traditional rivals started with a bang, but ended with neither team feeling particularly thrilled about the result.

And that includes the victors.

Despite doubling Faribault in total shots and pulling away for a 4-0 win, Owatonna strolled off its home field at the Lincoln Soccer Complex with a somewhat bittersweet taste lingering in their mouths.

Sure, the Huskies found some satisfaction in jumping back above .500 and returning to the winning side of the scoreboard, but after an explosive start that saw Nolan Burmeister tally the game-deciding goal just 47 seconds after the opening whistle, something just felt off for the remaining 79 minutes.

Owatonna coach Bob Waypa knew exactly what it was.

“We have to be more clinical around the box,” he said after the game. “I can’t stress that enough. We have to be cleaner. We have to be crisper. I want them to be happy with the win, but understand that there is more out there and we just have to be better. As a coach, I’m a perfectionist and there’s still a lot we have to work on.”

After Burmeister’s goal at the 39:13-mark, Owatonna (3-2) did not get back on the scoreboard until late in the first half when Zack Kirsch buried a rebound following a frenetic scramble in front of the net in the 33rd minute. Lane Versteeg was awarded the first of his two assists on the play.

The action in the second half mirrored that of the first with the Huskies getting on the board early — snatching a 3-0 lead after Alex Ulrich scored on a header at 32:34 — and adding a goal down the final stretch when Connor Whalen took a perfect lead-pass from Versteeg and slid a shot past Christian Trujillo with just 65 seconds left in the game.

“We left a lot of opportunities on the field,” said Waypa of his team that finished with 16 shots. “And, you know, if there is a postseason, you aren’t going to get that many opportunities, and that’s been a point of emphasis. The build-up is great. It’s that final thing. Sometimes we overthink instead of just taking a touch and finishing.”

On the other side, the loss followed a similar script as many of the Falcons’ previous defeats against the league’s top-tier opponents, or at least it did on paper. Entering Tuesday’s contest, Faribault had previously suffered shutout defeats to Class A, No. 2-ranked Austin, 5-0, and Class AA Rochester Century, 4-0.

Unfortunately for the Falcons (1-4) — whose four setbacks have come against teams with a combined 12-7 record — their already-thorny schedule doesn’t get any easier and thrusts them directly into another matchup against a conference contender Friday night against Northfield. Despite ringing up five consecutive shutouts to begin the season and averaging 7.6 goals-per-game, the Raiders are currently outside the Class AA rankings, but stand tied with Austin atop the conference at 5-0.

Trujillo was one of the chief reasons the Falcons were able to remain within relative striking distance for a chunk of Tuesday’s game. The freshman goalie remained in good position all night — gobbling-up the routine saves and forcing the Huskies to earn every point — and highlighted his performance with a sprawling, two-handed deflection with roughly 10 minutes left in the second half on an elevated shot from Kirsch that appeared destined for the back of the net.

The Falcons’ offense, though, struggled to connect the dots and maintain a consistent pace against an Owatonna defense that has proven to be one of the trickiest groups to convert against in the league over the first five games of the truncated regular season. The Huskies have compiled three shutouts and stand third in the Big Nine behind Austin and Northfield in goals allowed per game.

“Defensively, I can’t say enough about how we are playing as a team,” Waypa said. “Not only the back three, but the holding mids. The attacking mids are dropping back to play defense as well. That part has been an A-plus. And even against Austin, they didn’t have it easy against us. They had to battle against us early.”

Despite not dipping below .500 all season, Owatonna looks to win back-to-back games for the first time when it travels to take on Albert Lea (0-4) Friday at 7 p.m.

“We will be down at their place, which is a beautiful facility, and we are looking forward to that,” Waypa said. “We have couple days practice, so that’s good to be able to have some time to work on a few things. We have an opportunity to string a few together moving forward.”