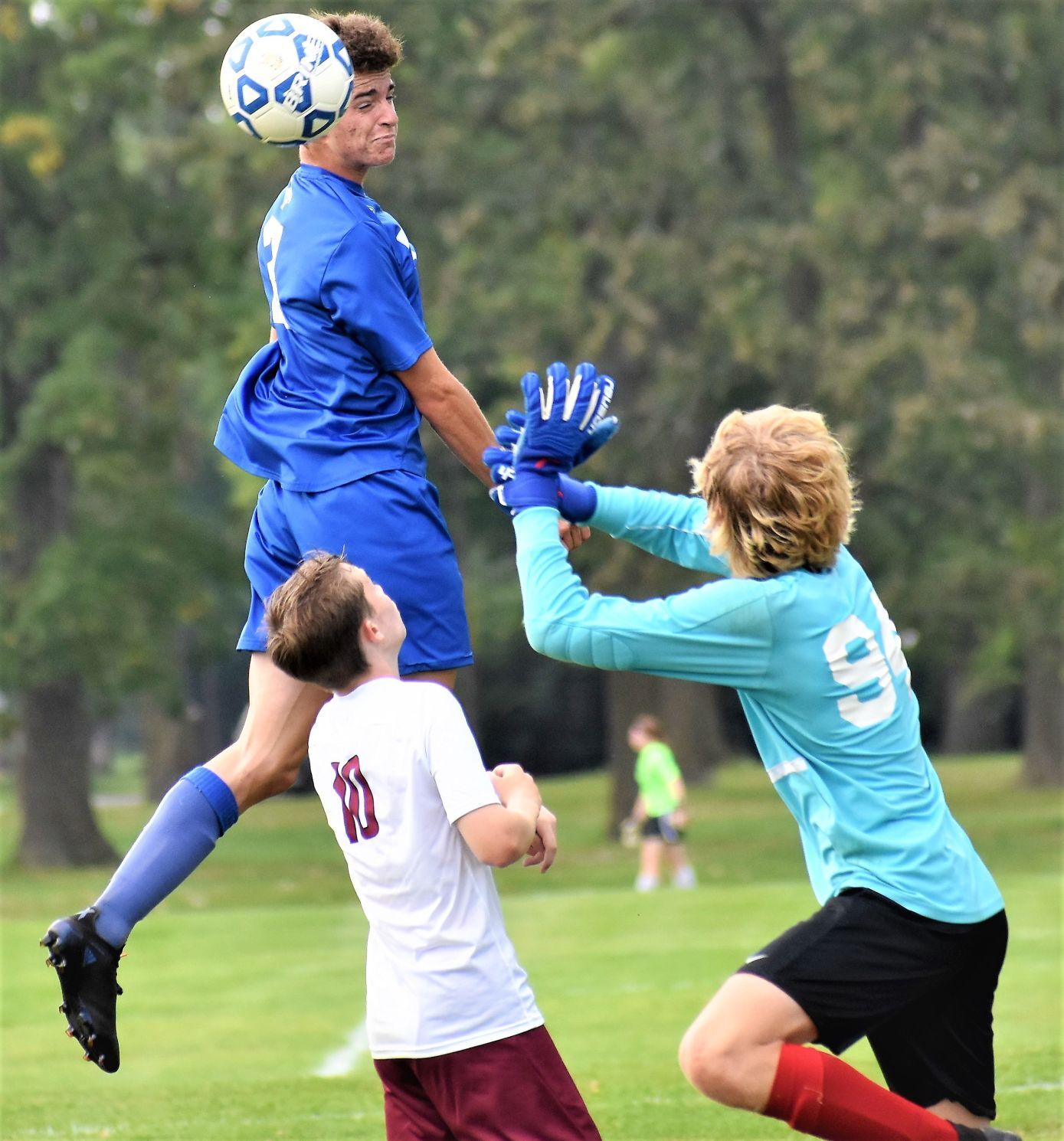 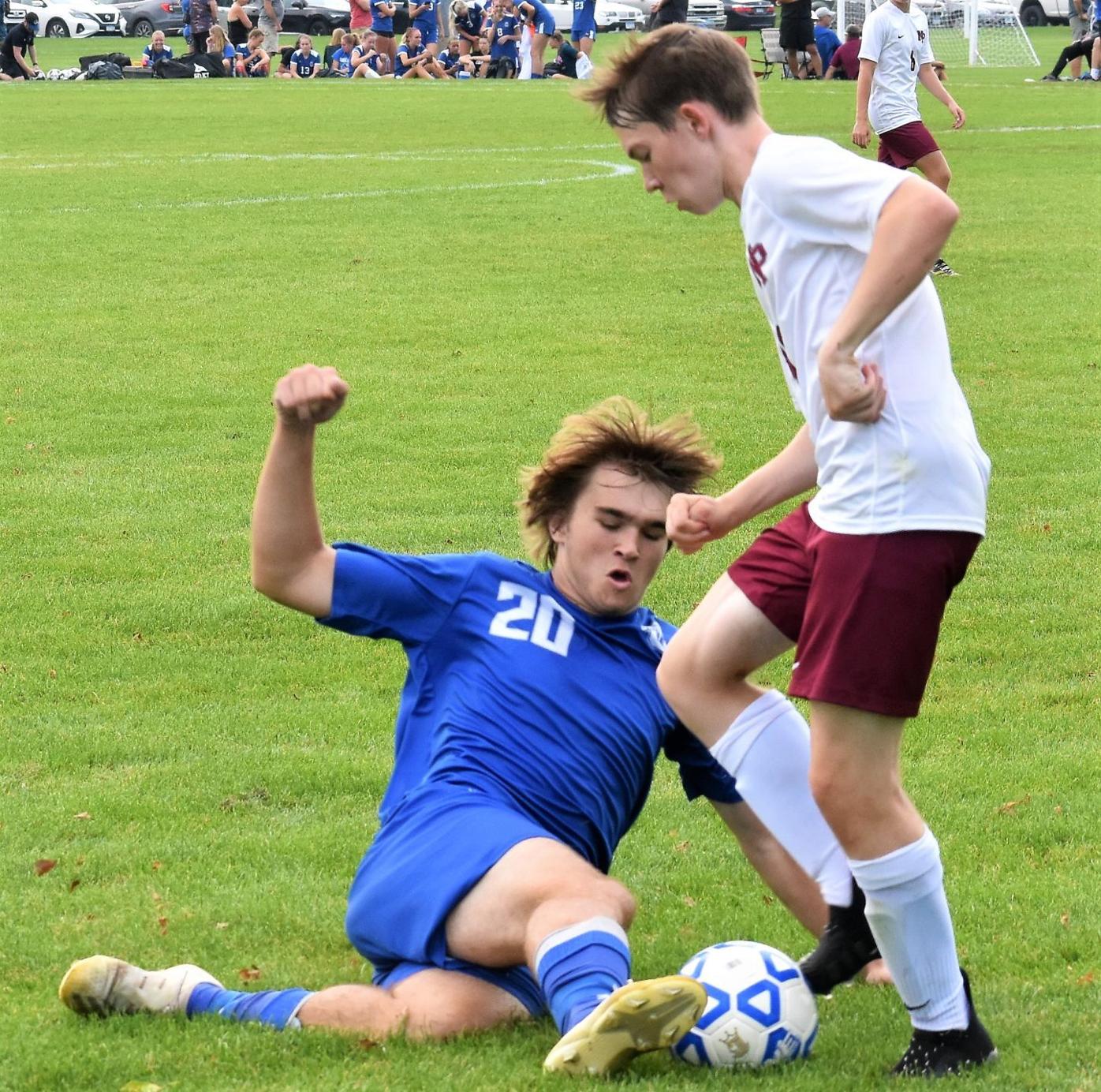 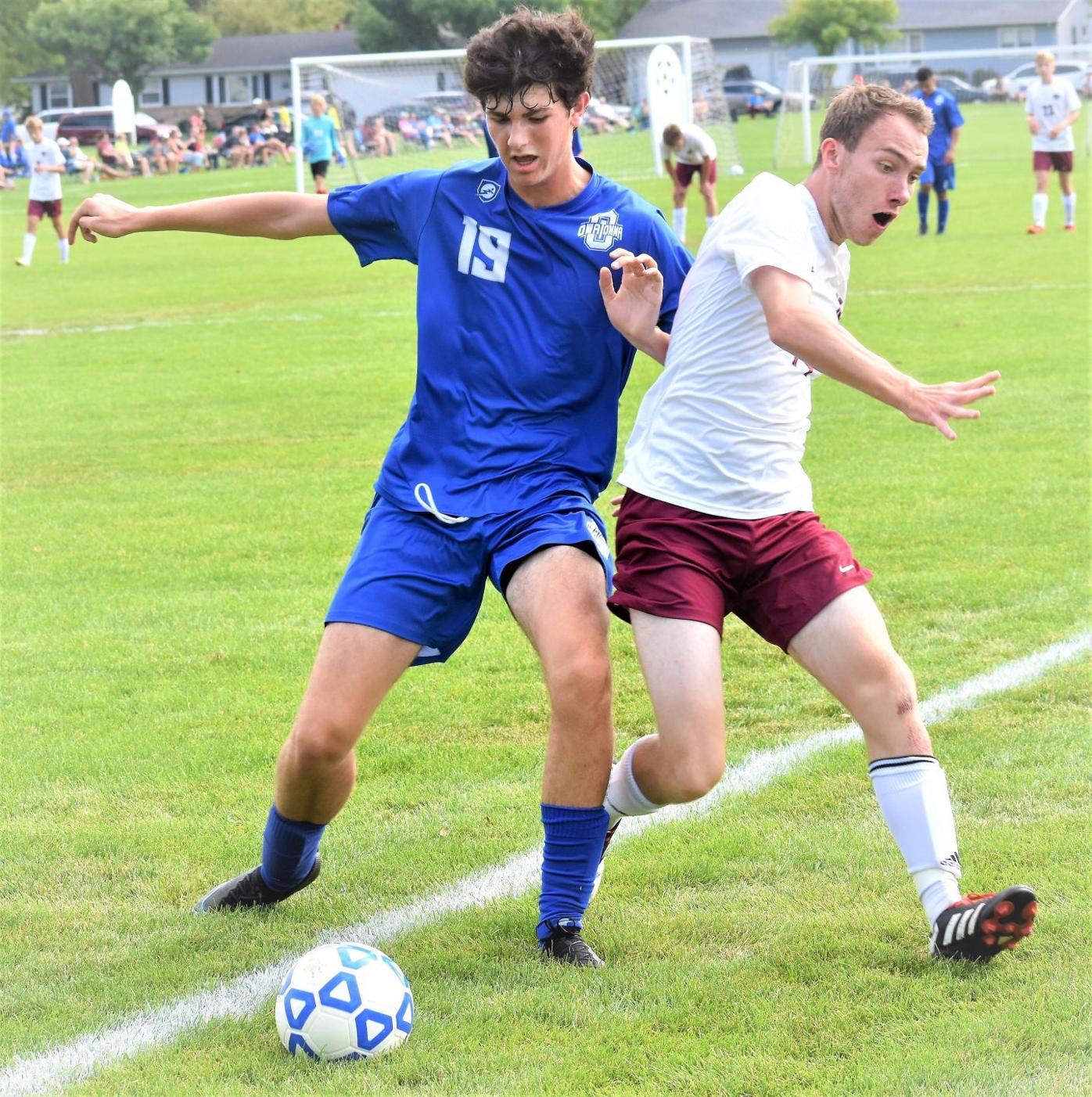 Senior goalkeeper Ethan Kubat saved the shutout by stopping a penalty kick midway through the first half.

"Ethan did really good, making a PK save," senior striker Ryan Gregor said. "He kept us in the game."

"Having four shutouts is really crazy because last year we didn't get that many shutouts," Gregor said. "And we get cookies after the game if we shutout a team. We have a lot of chemistry with each other. Last year everyone wanted the ball for themselves and this year we're playing as a team instead of selfish."

Gregory said the defense "does a good job of getting the balls out of the air, but they need to get it to the midfielders."

The regulars in the back are seniors Eli Knutson and Drew Randall, and junior Braden Leonard.

The Huskies took a 1-0 lead late in the first half at the 37-minute mark on a goal in the box by sophomore midfielder Garrett Karsten on a pass up the middle from junior attacker Benny Bangs.

Senior midfielder Said Geelle made it 2-0 on a crossing pass from the right corner from Gregory 12 minutes into the second half.

Gregory finished off the scoring at 17 minutes into the second half on a goal assisted by Bangs to end the game 3-0.

Describing the goal, Gregory said, "The ball was chipped up the middle, Benny headed it backwards, and I just ran through the middle, made a touch and put it into the left side."

"Our midfielders could distribute the ball more," Gregor said. "Other than that our defense and strikers were strong."

Austin has won the Big 9 the last two years, and the Huskies had lost to the Packers the last four times they played them all in tough games.

"And we have a big game against Northfield on Tuesday, so this is kind of a trap game, so we had to make sure that we came out mentally prepared," Waypa said. "We were a little slow coming out. That usually happens Saturday. The guys were probably out late Friday night. But I think we built into the game. As the game went on, so started to get better control. Each game we're looking for improvement and we did."

Waypa said the Huskies have improved their confidence and getting to know each other despite players moving around to different positions. "This is a young team with mostly juniors and sophomores."

Owatonna, tied for third in the Big 9 Conference, returns to conference play at home against Northfield (2-1, 1-1) at 7 p.m. Tuesday, Sept. 14 at Lincoln Elementary School. Northfield finished second in the conference last season and won the Section 1AA championship.