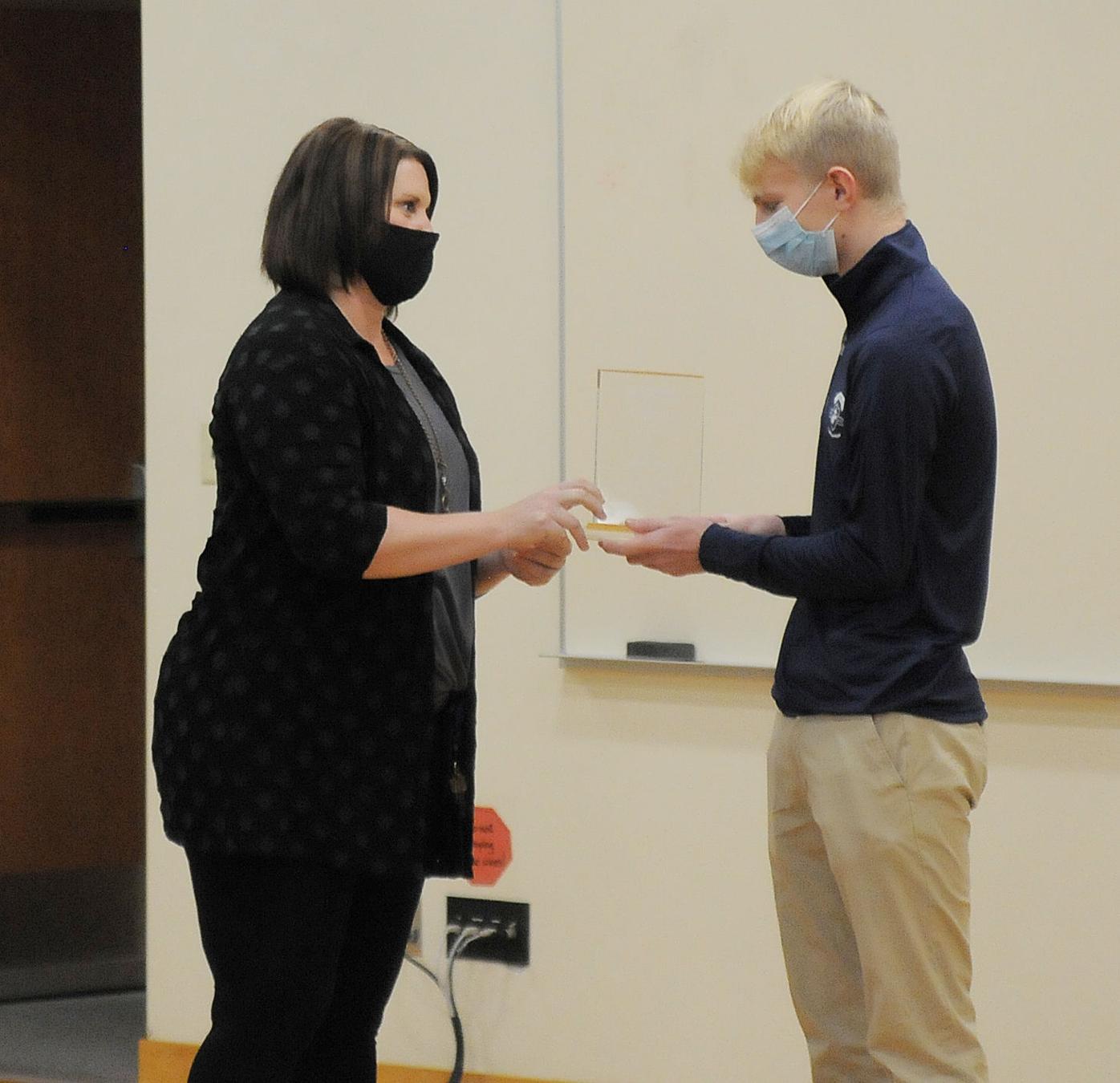 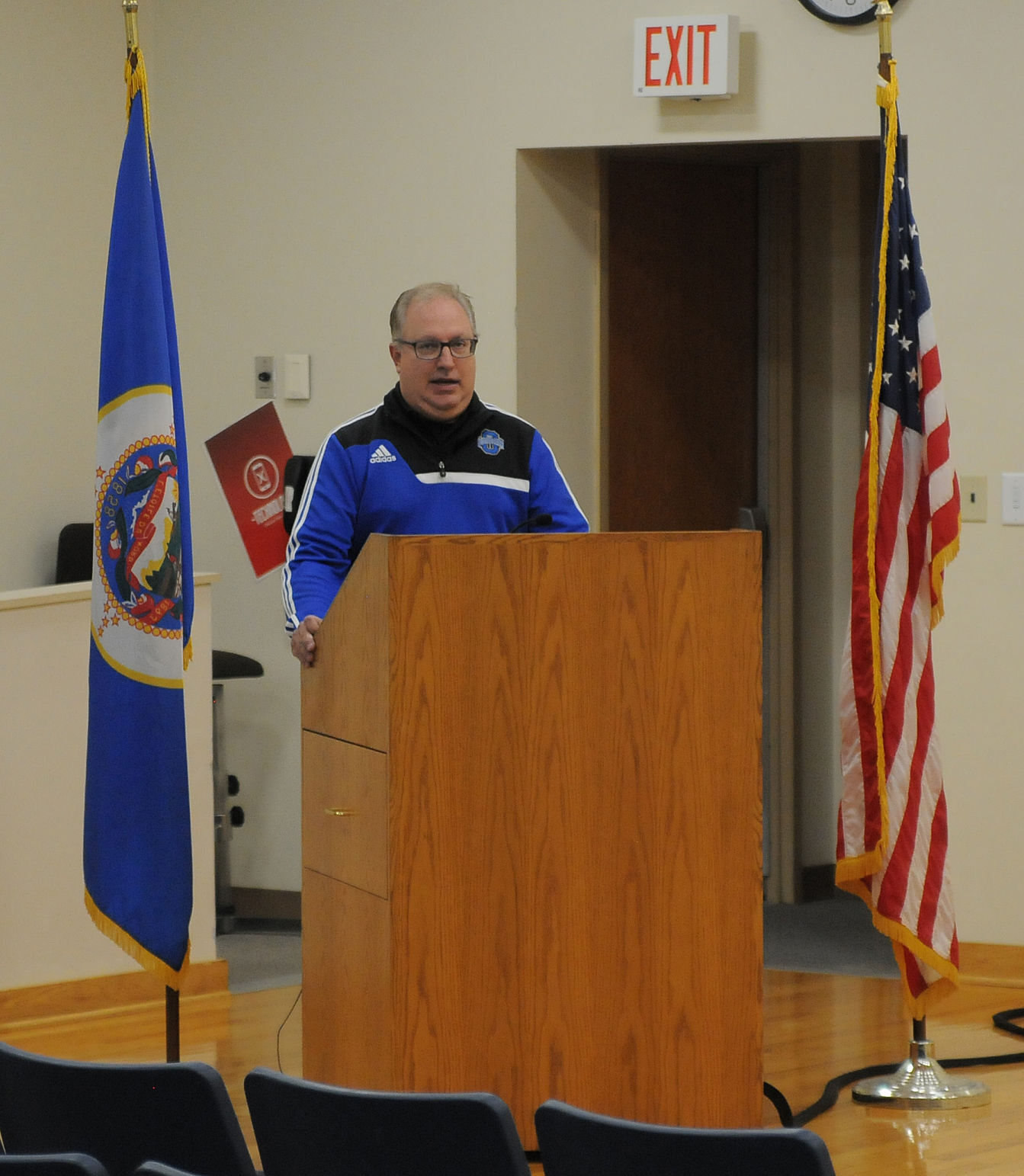 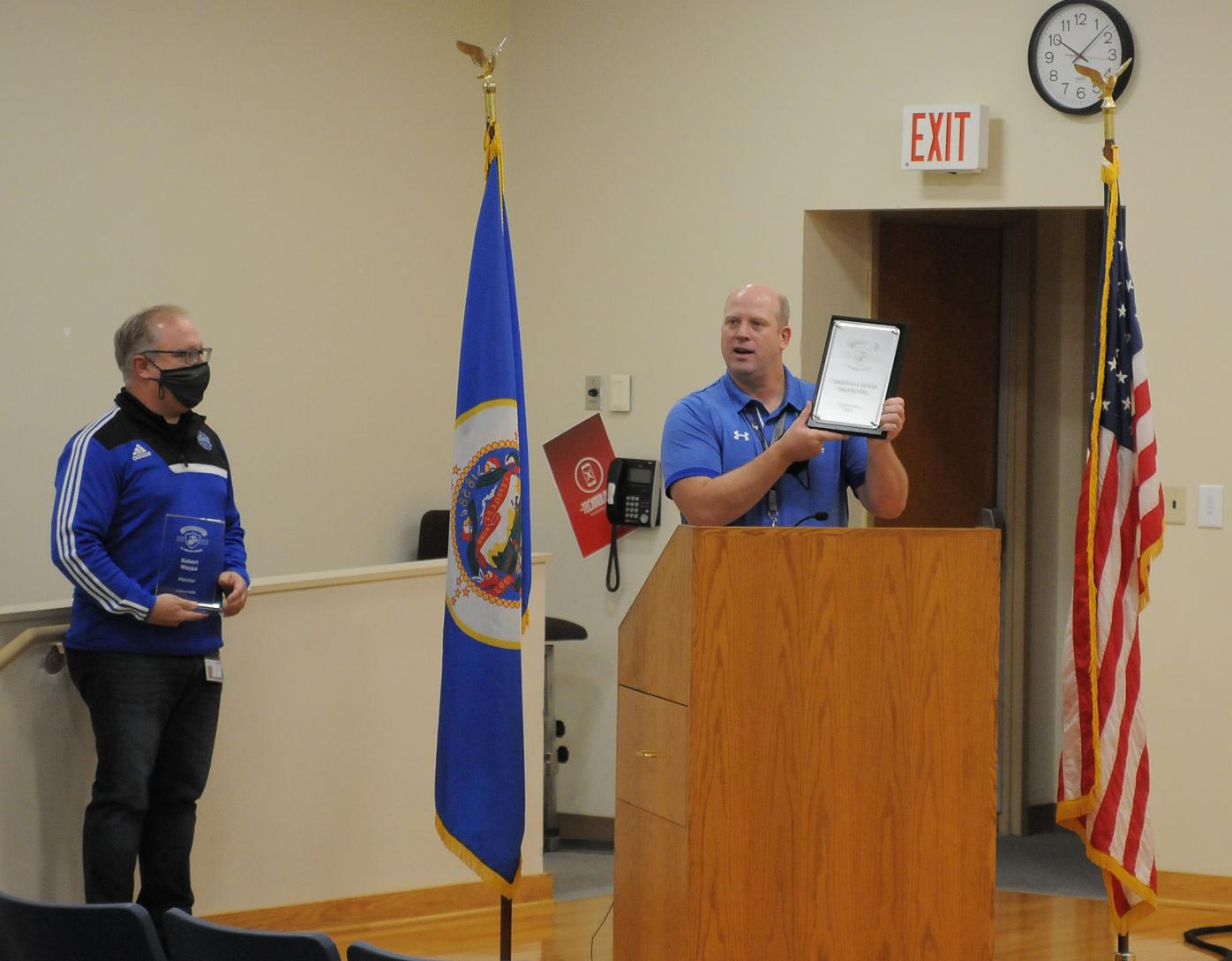 Waypa received the email last October and Versteeg learned in February that he became one of 96 individuals nationally to receive the award. Versteeg couldn’t formally accept the award until Thursday at Owatonna High School after the COVID-19 pandemic shut schools down in March.

Versteeg, now a senior at OHS and two-year captain of the soccer team, accepted the award in front of family and school administrators.

The award not only honors Versteeg, but also Waypa.

“My coach has been a really big person in my life, at least the last four years with soccer,” Versteeg said. “His commitment to the team, and sometimes guys he doesn’t even know coming into his program, has been something that I’ve admired and wanted to implement into my own life.”

Versteeg was recently named to the Minnesota High School Soccer Coaches Association All-State Team as a second team selection, but more importantly served as a vital leader for teammates.

“He’s not the biggest, not the tallest, not the fastest, but his work ethic is second to none and his ability to communicate and inspire others is unmatched in my 22 years of coaching,” Waypa said. “Well-deserved and one of our true leaders.”

Versteeg is the only winner from Minnesota. Those eligible for the award must have a 3.5 GPA or higher, be active in community service, play a competitive team sport, and hold a student or community leadership position. Versteeg is the vice president of National Honor Society at OHS and works with his family on the From the Heart charitable 5-kilometer run annually.

The award, which started in 2017, typically includes a trip to the Battles Won Academy in Washington D.C. The academy features daily workouts, an immersive experience on Marine Corps Base Quantico, a community service event, team-building outings and a tour of the Capitol. The event typically features speakers from the sports and military world. This year’s events were canceled due to the pandemic.

“He’s very humble, he puts team first,” Waypa said. “He works as hard, if not harder than everyone around.”

OHS Activities Director Marc Achterkirch opened the ceremony and shared a story about finding Versteeg, who also served as the football team’s placekicker, practicing late at the Owatonna Soccer Complex when he’d come by to shut the lights off at 10 p.m.

“He’s a tremendous young man,” Achterkirch said. “It’s just been a treat and a joy to work with you.”