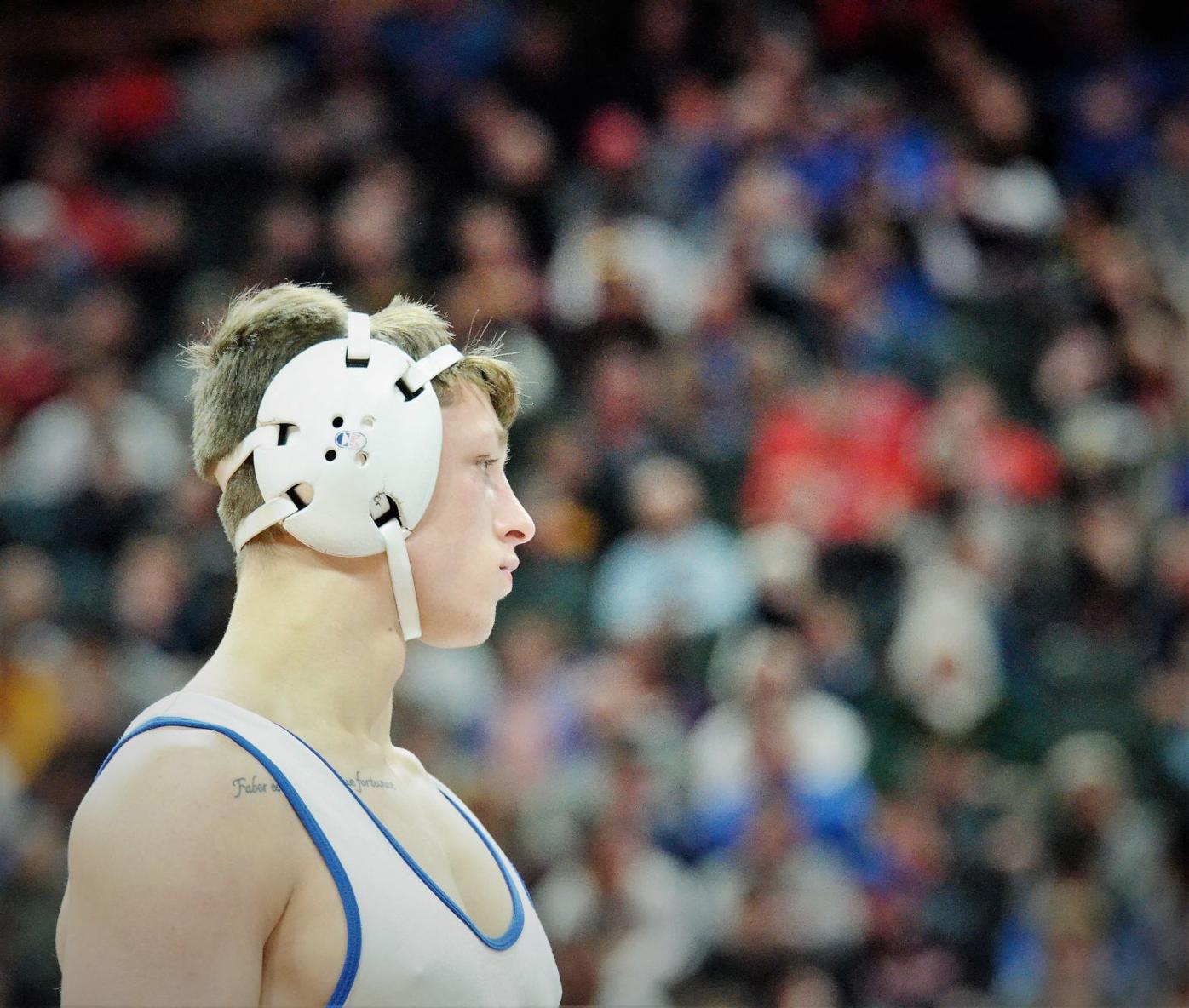 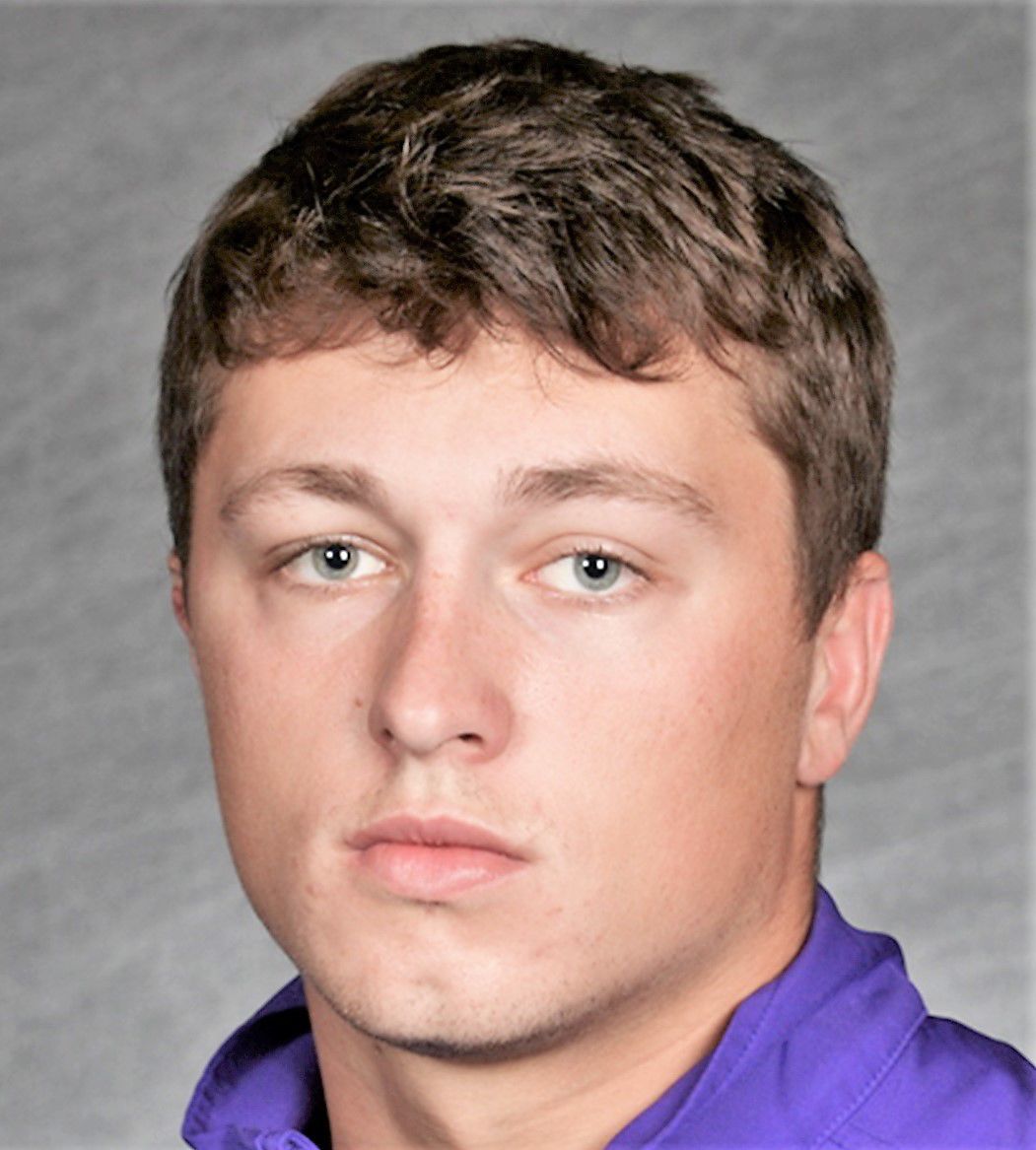 Brandon Moen isn’t done wrestling. Not yet, at least.

Not after the university he originally committed to unexpectedly eliminated the sport from its athletic budget.

Not after transferring down from Division I to Division II and moving from Michigan hundreds of miles back to his home state of Minnesota.

Not even after suffering his second torn ACL in two-and-a-half years.

Wrestling has been too good to Moen for him to quit now, and stepping away just wouldn’t sit right with the ultra-competitive, multi-year state-champion from Owatonna High School.

“I started wrestling in first grade and have been wrestling my whole life,” Moen said over the phone late last week. “It has kept me on track and out of trouble and given me scholarships to college. I thought if stayed at Eastern (Michigan) I would regret not being able to bounce back and then coming here and I tearing my ACL again, I questioned if the sport was worth it. I looked back and thought: I have spent 15 years wrestling and I just knew I wasn’t going to give up.”

Indeed, this isn’t Moen’s first potentially devastating setback on the mat, and he plans on it being his final triumphant return.

Moen’s first major detour took place during the summer before his final season with the Huskies when he tore his ACL on his right knee in an offseason tournament and missed half of his senior year with OHS. Moen eventually returned in late December of 2016 and quickly regained his status as one of the scariest pound-for-pound wrestlers in the state, polishing off an undefeated season with a 182-pound state championship that included a 42-second pin in the title match against Hastings’ Trey Rogers.

Despite the seriousness of the injury, Moen had built enough equity throughout his high school career that regional and national Division I scouts had expressed major interest heading into his senior season. Some, though, backed off even after he had surgery to repair the damage to his knee.

Following a somewhat unconventional recruiting process, Moen eventually signed with EMU of the Mid-American Conference and fashioned a productive red-shirt campaign that saw him wrestle unattached against mainly Big Ten Conference opponents. One of his most notable victories came against eventual Division II All-American Tony Vezzetti of Notre Dame College at the Michigan State Open in November of 2017.

And then, the unthinkable.

With the intensity of the grueling season still fresh in the air, Moen and the rest of his teammates were summoned to an early-morning meeting on March 20, 2018. Sharing the same anxious feeling in the pit of his stomach with the rest of the dozens in attendance, EMU president James Smith took the podium and announced that wrestling — along with three other varsity sports — were officially being cut from the athletics budget and seizing operations, effective immediately.

The stunning news rocked Moen and basically left him on an island 646 miles from home. The school that had spent months recruiting him and remained steadfast even after other Division I programs backed off, was suddenly non-existent.

EMU wrestling was promptly filed away and reduced to nothing more than a cruel cautionary tale, a dead program with no life-support.

“I didn’t know if I wanted to stay or transfer or what I was going to do,” Moen said. “I just needed time to think.”

In the immediate aftermath of the announcement, Moen confided in his family and closest circle of friends. After the dust settled, he started to feel the tug that comes with being a high-level athlete on the open market. A number of Division I schools expressed preliminary interest, but nothing stuck.

Without feeling like he had anything to prove, Moen was more than happy to explore all of his options at each level of the NCAA. “Wrestling is wrestling,” he said.

Within a couple weeks, he had opened a dialogue with the staff at nationally-ranked Division II Minnesota State University, planned a tour of the Mankato campus and quickly grew to appreciate everything to program had to offer.

Close to home, check. High-level of competition, check. An immediate spot in the starting lineup, check.

Moen didn’t hesitate after his visit just 45 miles west of his hometown and committed to the Mavericks last April. It filled all the boxes and just felt right.

“My family was my main supporters and the Owatonna community gave me reason to work for something when I was in high school, and then I went to Michigan and it felt new and I didn’t have the same passion,” Moen said. “Coming back home and seeing family and friends it gives me a little of the home-feeling and it’s more comfortable.”

With a number of moving parts all still spinning in motion, Moen admitted he didn’t spend as much time as he would have liked preparing for the season, and even though he trimmed enough weight to earn the top spot in MSU’s lineup at 184 pounds, he wasn’t in peak physical form.

“I felt like I wasn’t doing the small things right like eating and I came in a little out of shape,” Moen said.

Despite how he felt inside, Moen’s lack of fine-tuning didn’t show on the mat. He suffered what would be his only setback of the season in the championship round of the Elite Bracket at the Luther College Open on Nov. 10 before running the table and capturing the gold at the Augsburg Open a week later.

Sporting a crisp 6-1 record heading into his next tournament, the momentum Moen had gained through the first three weeks of the season would all come crashing down on an anonymous mat inside the fieldhouse at Buena Vista University in tiny Storm Lake, Iowa.

Leading 4-1 against Russell Rucklos of Division I South Dakota State University in the first period, Moen felt the same unmistakable jolt and heard the exact “pop” that emanated from his right knee in the summer of 2016.

Moen immediately knew it was bad.

“I got into a weird position and knew it was torn right away,” he said. “I just remember coach pulling me aside and saying this season doesn’t really matter; there’s a lot of wrestling left in you. Within a couple weeks it was confirmed as a torn ACL and I had surgery.”

Devastating to all and potentially career-ending to some, Moen had zero doubts as to whether or not he was going to return to the mat. Having gone through the process once before with his other knee and emerged as good as new, Moen immediately began rehabilitation and feels “really good” after three months of steady progress and hard work.

“Having prior knowledge of having it happen once before and coming back at the same level, or even better, helps a lot,” Moen said. “I know the process and it’s about going out and doing it; following the protocol and just grinding.”

Moen could be fully cleared by the end of May, which would give him plenty of time to prepare for the 2019-2020 season starting in early November.

With everything he’s endured and his re-dedication to physical and mental fitness, Moen will be a force to be reckoned with at the Division II level for the next three years. It’s not out of the realm of possibility that he could find himself wrestling on the final day of the national tournament next March.

Bottom line, Moen has been to the top of the mountain before and is climbing his way back up at this very moment.

December 2016: Returns to action for Huskies