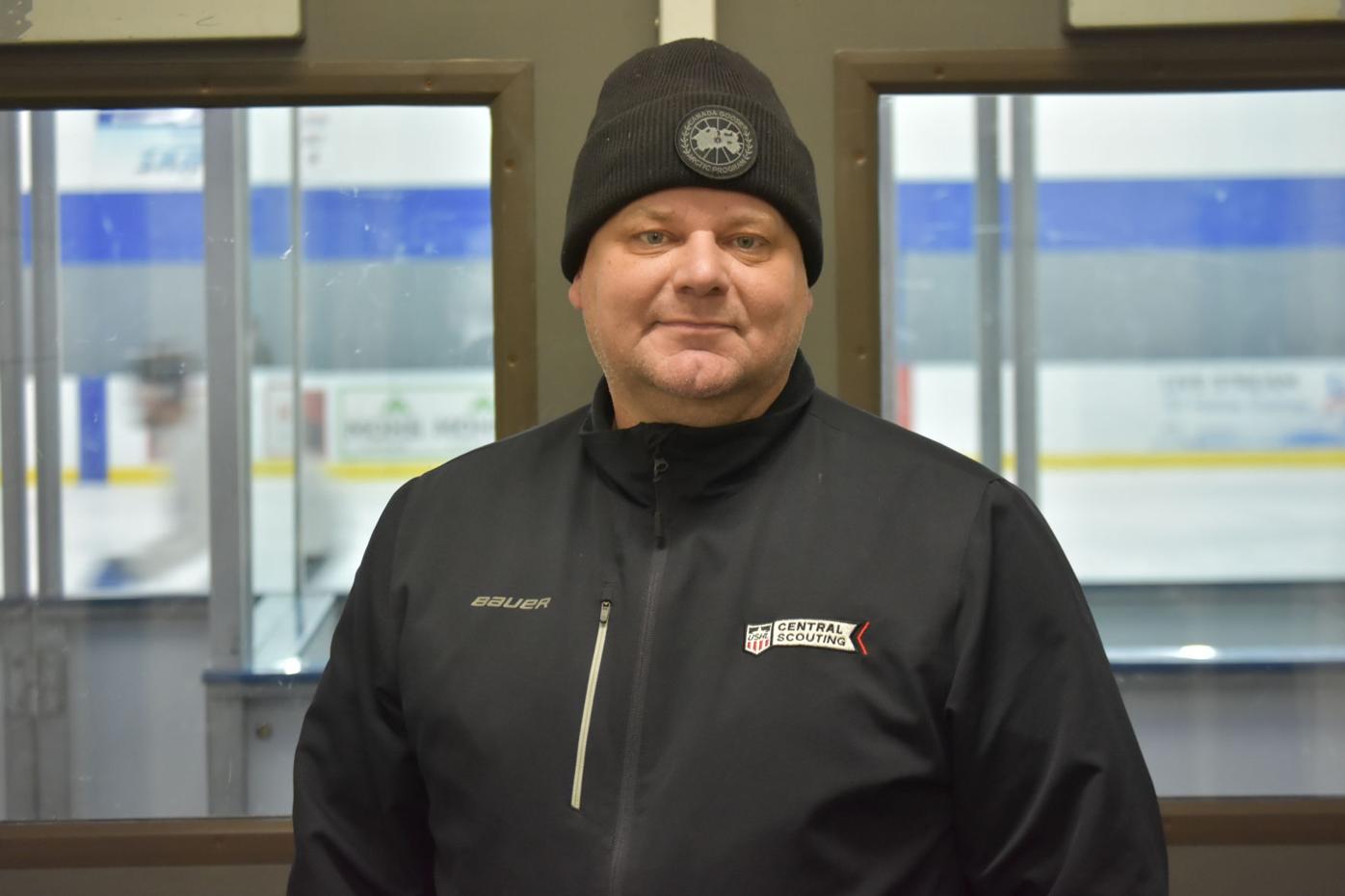 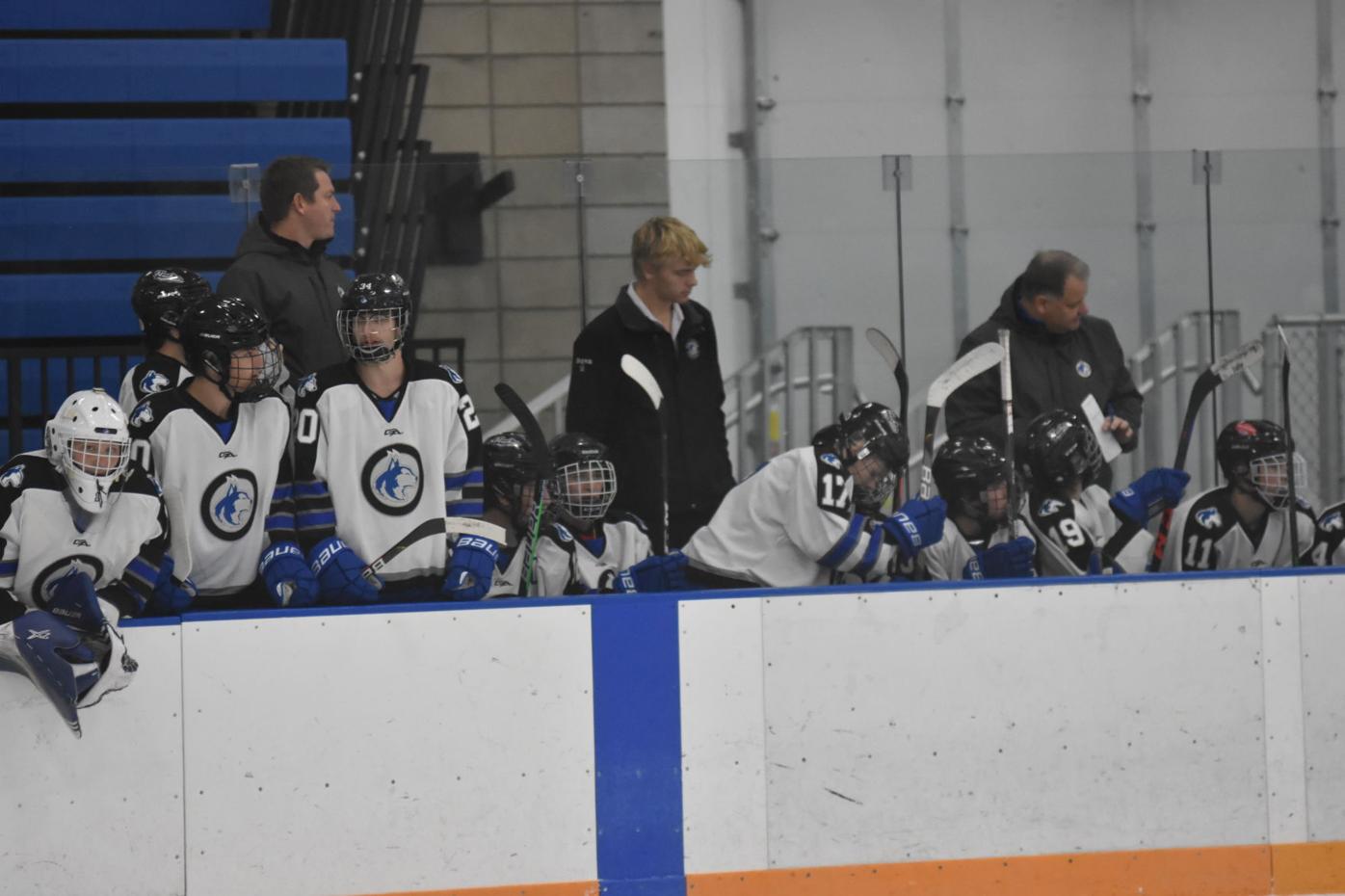 Owatonna boys hockey head coach David Fromm (back right) gets his first look at the Huskies playing another team in person. (Stephen McDaniel/southernminn.com) 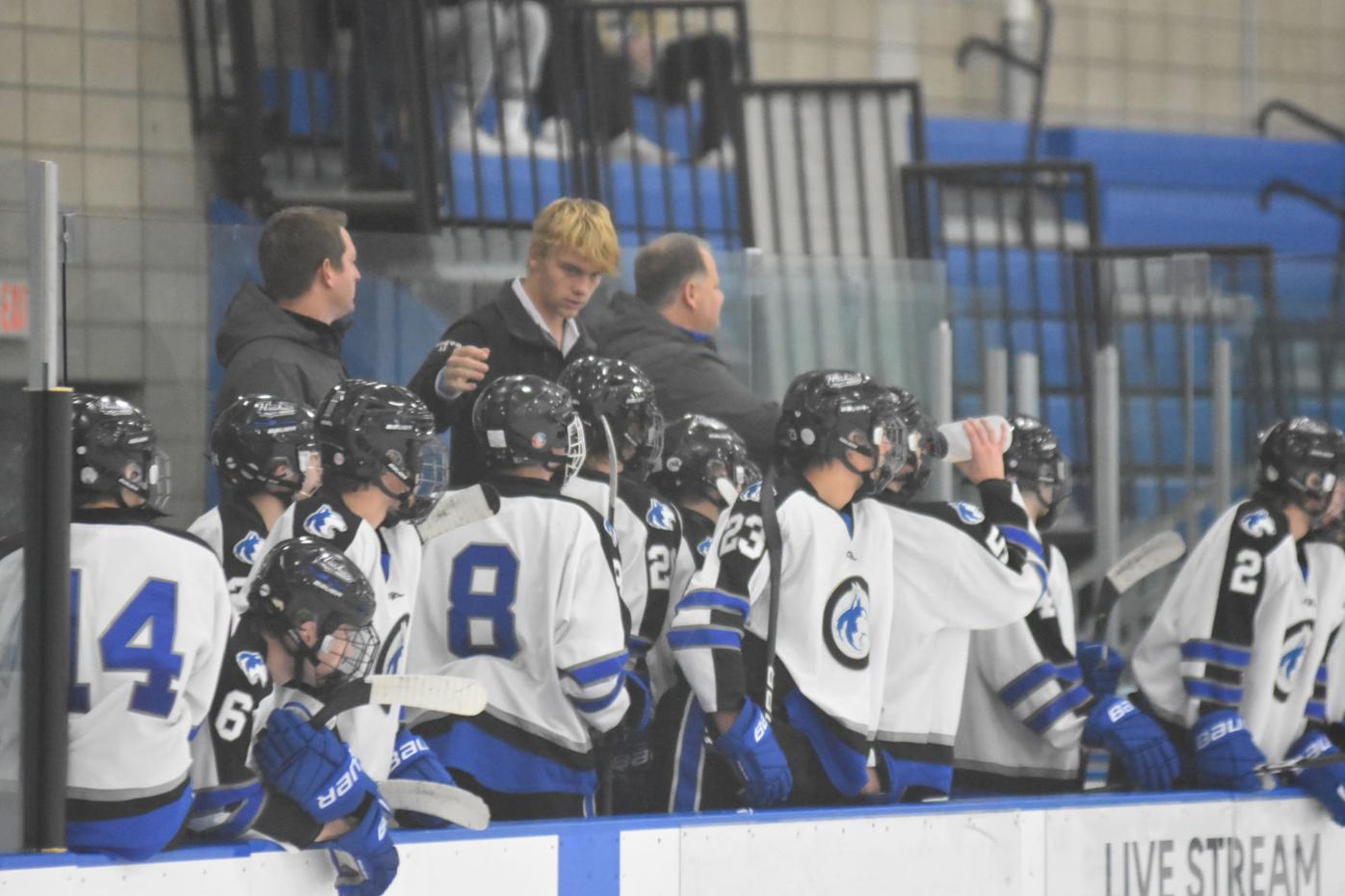 Owatonna head coach David Fromm (back right) and the Huskies watch as they go to a shootout in their scrimmage against Irondale. (Stephen McDaniel/southernminn.com) 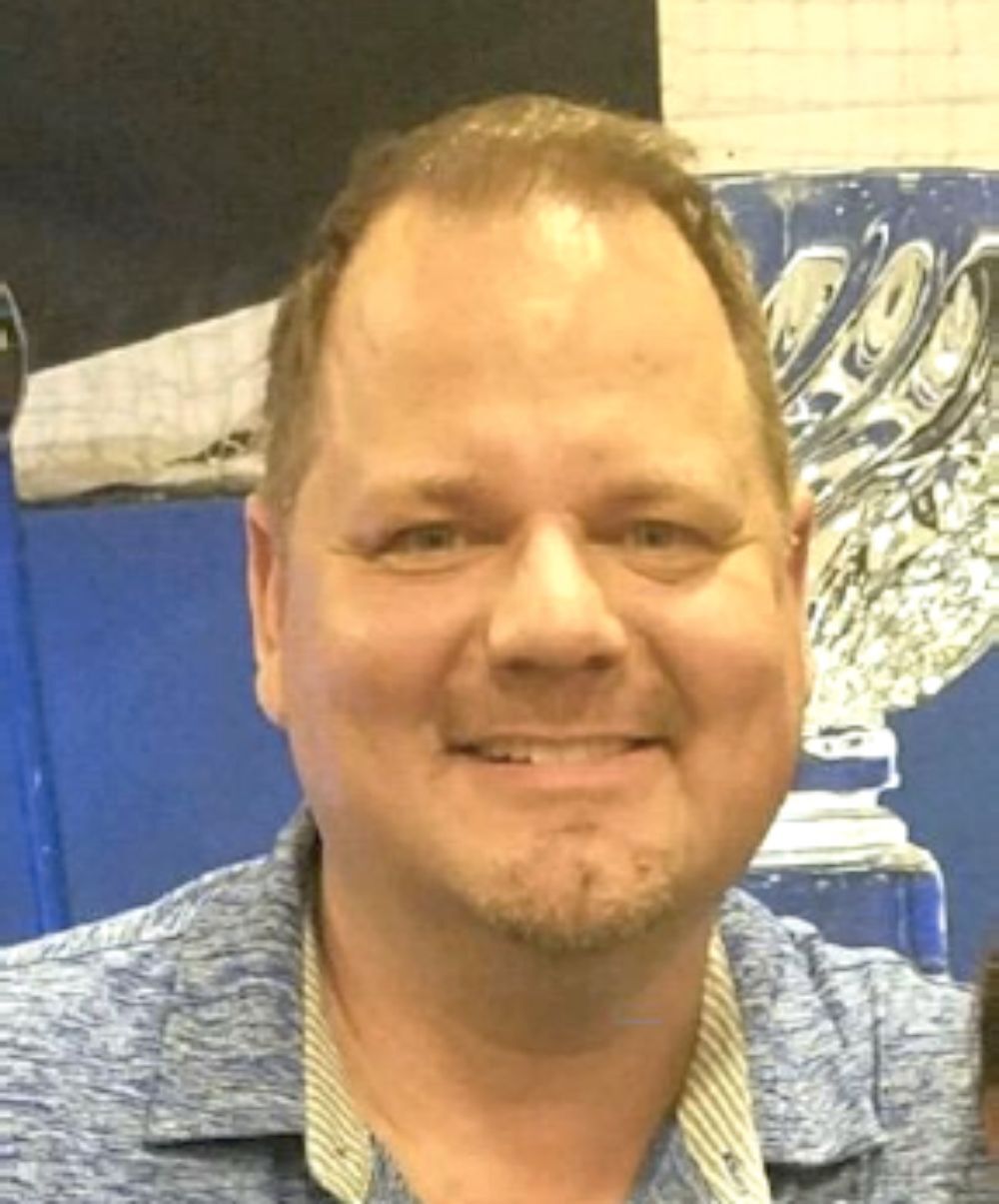 When 10-year head coach Josh Storm departed from Owatonna boys hockey during the summer, the Huskies searched for the right person to take over the program.

A press release in July announced that they found that right person and introduced new head coach David Fromm to the Owatonna community. The release noted the wealth of knowledge he was bringing into the program.

“We are very excited to have coach Fromm take over as head boys hockey coach at Owatonna High School. Coach Fromm brings a tremendous amount of hockey knowledge and experience to the position. Dave will be a great mentor and leader, helping develop great student-athletes on and off the ice,” Activities Director Marc Achterkirch said in the announcement.

With the end of the fall sports season, the winter sports season has begun getting into the swing of things, which includes Fromm’s first season with the Huskies as the boys return to the ice.

Fromm comes into Owatonna with plenty of experience leading a hockey program, with his most recent head coaching stint coming from the state of Colorado, where he served as the head coach for the Colorado Thunderbirds from 2011 to 2020.

He worked with several different age groups with the Thunderbirds, ranging from U11 to U18AAA and had plenty of success in the process, helping the Thunderbirds to a couple of state championships and making national appearances.

Even as a head coach for inline hockey, Fromm helped lead Team USA to two world championships and a Pan American Championship in the late 1990s.

Now, he takes over for an Owatonna Huskies team that’s coming off a shortened 2020 season where they went 13-5-1 overall and lost 2-0 to Lakeville North in the Section 1AA semifinals game.

Coming back to Minnesota and landing with Owatonna wasn’t difficult for Fromm, considering his ties to the state, and some of the other things that came along with his role with the Huskies.

First and foremost, he has family in Prior Lake and in the southern Minneapolis area, as well as a hockey training business in Minneapolis. He also received a bachelor of arts degree from Minnesota State University, Mankato and had a head coaching stint with Minneapolis South High School from 1996-2000.

But another important aid in Fromm’s decision to join the Huskies comes at the youth hockey level, which feeds into the higher levels in Owatonna.

“The youth program is coordinated with the high school program, and I’m involved with that now, which is really a big reason I came down here is I could help facilitate that with the hockey guys that are already there,” Fromm said. “Kind of build a culture from the very, very bottom to the very, very top and it all be collective and cohesive.”

With the very, very top hockey program, Fromm is getting some of his first looks at the Huskies in person with preseason scrimmages that the boys missed out on having back in the limited 2020 season.

Watching film on the team is one thing, but to be on the bench and seeing the team face off against a separate team for the first time is huge for everyone.

The Huskies held their first of two scrimmages against Irondale on Saturday and had their second scrimmage Tuesday against Bloomington Kennedy before they return home Dec. 2 to open their season against Minnetonka.

While Owatonna lost some of their top goal scorers from a season ago, Fromm still walks into a program that contains a variety of veteran leadership among the forward group, along the blue line and with both goaltenders between the pipes.

Despite the loss from last year and the fact that Fromm and the Huskies are getting their first on-ice experience under their belt before opening the season, they have high expectations going into the year.

The Huskies have one more week of preparations before they hit the ice for their first regular season game. They’ll host Minnetonka at 7 p.m. Dec. 2 inside the Steele County Four Seasons Centre and officially start a new era of hockey under Fromm.