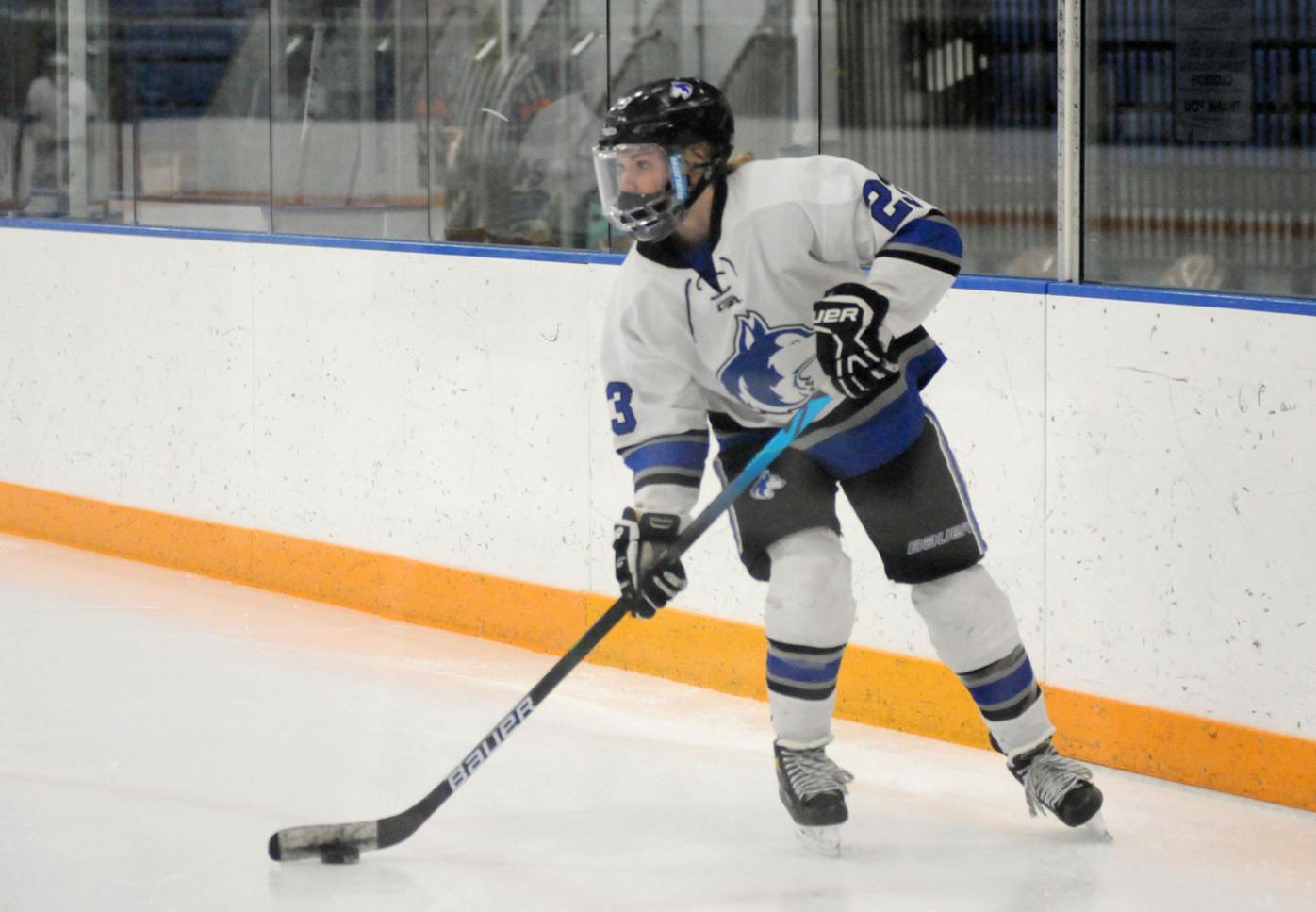 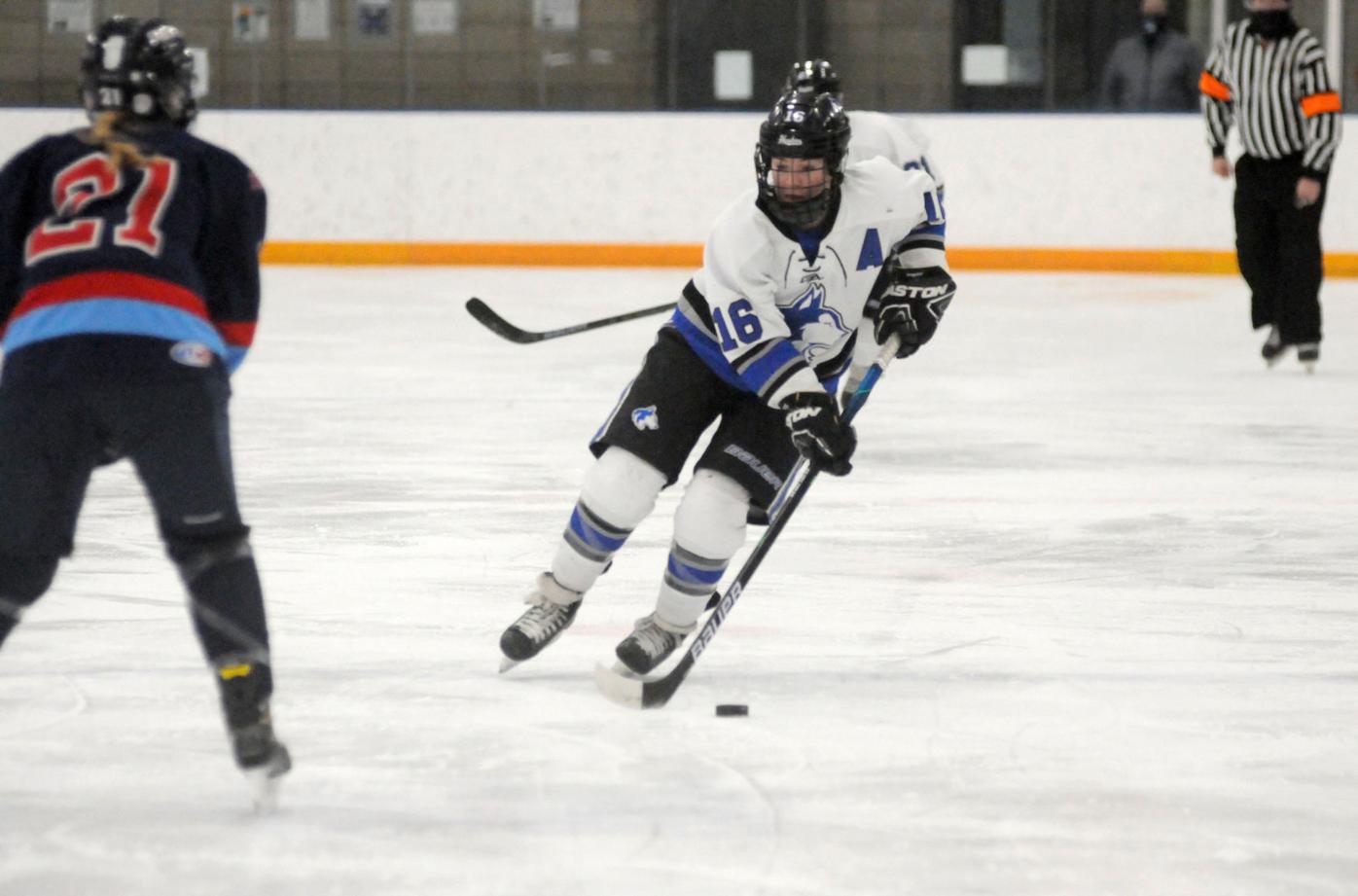 Whether killing off a penalty or on the power play, the Owatonna girls’ hockey team has dominated on special teams.

The Huskies (8-1, 8-1 Big 9) can wear a team down until they find the open shooter in the slot on the power play. They keep in a large box defensively on the penalty kill, even generating offense, too. Both were on display against Albert Lea in a 5-1 win on Tuesday.

There’s trust in some of the younger players to kill penalties when the team needs it. There’s also puck handling skill on a loaded, Herzog sisters — Anna and Olivia — led power play.

So far, the Huskies have scored on 41.9 percent of their power plays, which is up from 23.5 percent at the end of last season. The Huskies scored 16 times on power play all of last season, and have nearly matched that total nine games in with 13 goals.

“Our shorthanded opportunities have been (frequent) because we have a lot of speed up front so we can send Olivia and Ezra out on a break if we get the puck,” Cloud said. “We do a good job keeping other teams to perimeter and eliminating anything in tight and close.”

The Huskies killed off all four of Albert Lea’s power plays. The Tigers struggled to get set up in their offensive zone. When they did, the Huskies closed off passing lanes to the slot and blocked shots in front, then turned up ice and got a few shots off on fast breaks.

So far this season, Owatonna has allowed just two goals while shorthanded. They’re killing off 92.1 percent of their opponent’s power plays.

In the first period, the Husky penalty kill came up with a big stop. Trailing by one after Esther Yoon scored at 9 minutes, 14 seconds into the first to put the Tigers up 1-0, the Tigers went to the power play 14 seconds later. The Huskies killed it with ease then scored twice in the period to go up 2-1 after 17 minutes.

After an uneventful yet evenly played second period, the Huskies poured in three goals in the third period to pull away.

Leading the Husky offense was the second line of Bogen, Oien and Achterkirch. The three combined for five points. Oien scored twice and Bogen, the team’s leading goal-scorer, buried a wraparound early in the third period.

For a team that constantly mixes up its lines, Cloud feels he’s found yet another combination that works. Sometimes all the tweaks work and sometimes they don’t. However the line of Bogen, Oien, and Achterkirch was one that worked.

“I liked what Sammy and Ez had tonight. They were finding each other and creating offense for each other,” Cloud said. “Molly was a good addition to that line where she goes and works really hard, then is able to set up those two girls.

As written about previously, the Huskies display a lot of depth. Having a sophomore who moved from wing to center flanked by two freshmen wingers is a perfect example of that, Cloud said. He wants this team to be dynamic in all facets of the game. So far, so good.

“It’s fantastic to see what they are able to do against those juniors and seniors that they are facing or even on a line with those seniors and juniors too,” Cloud said.

Owatonna next has two straight road games against Rochester Mayo on Saturday, then Rochester Century on Tuesday.