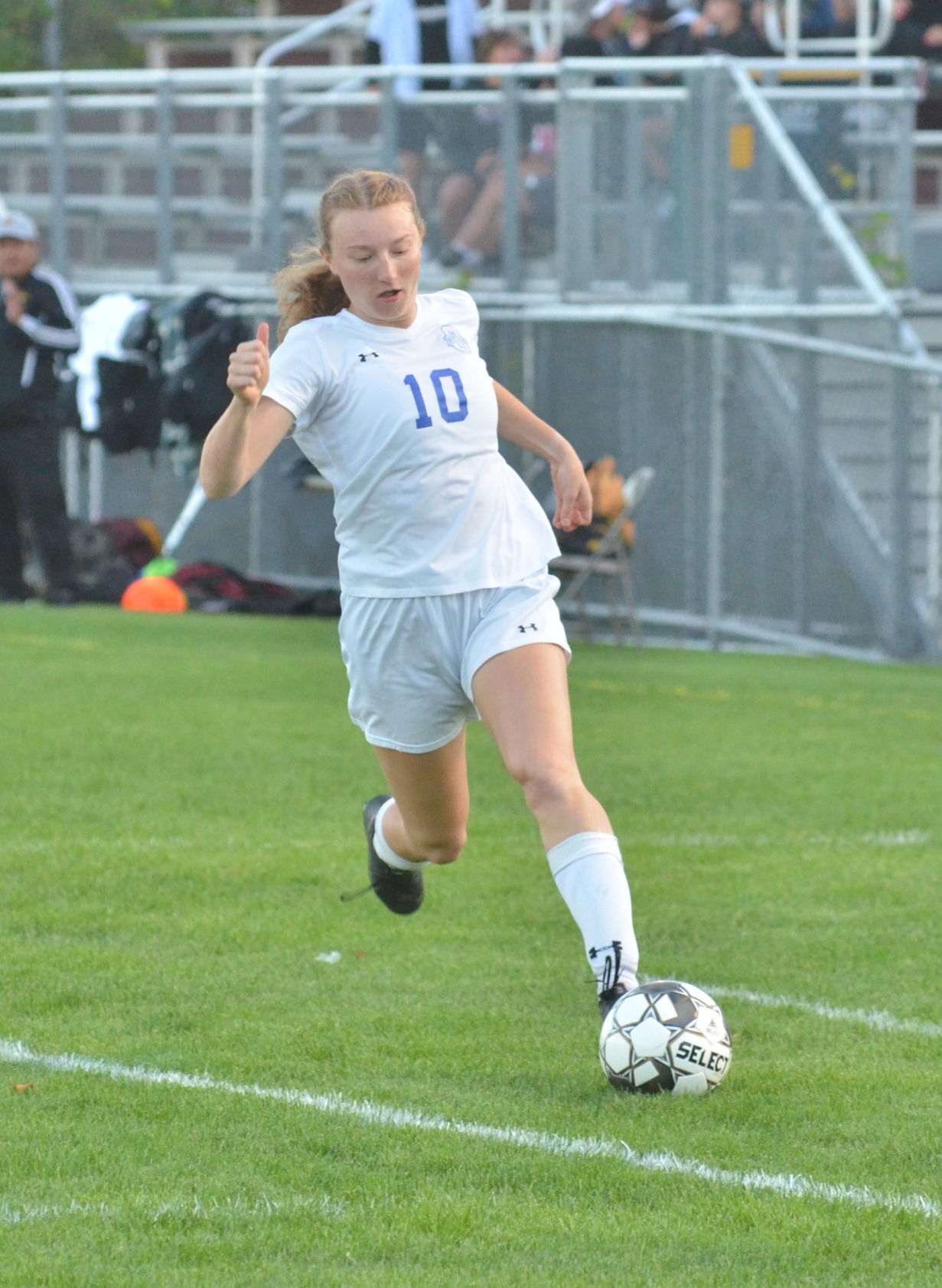 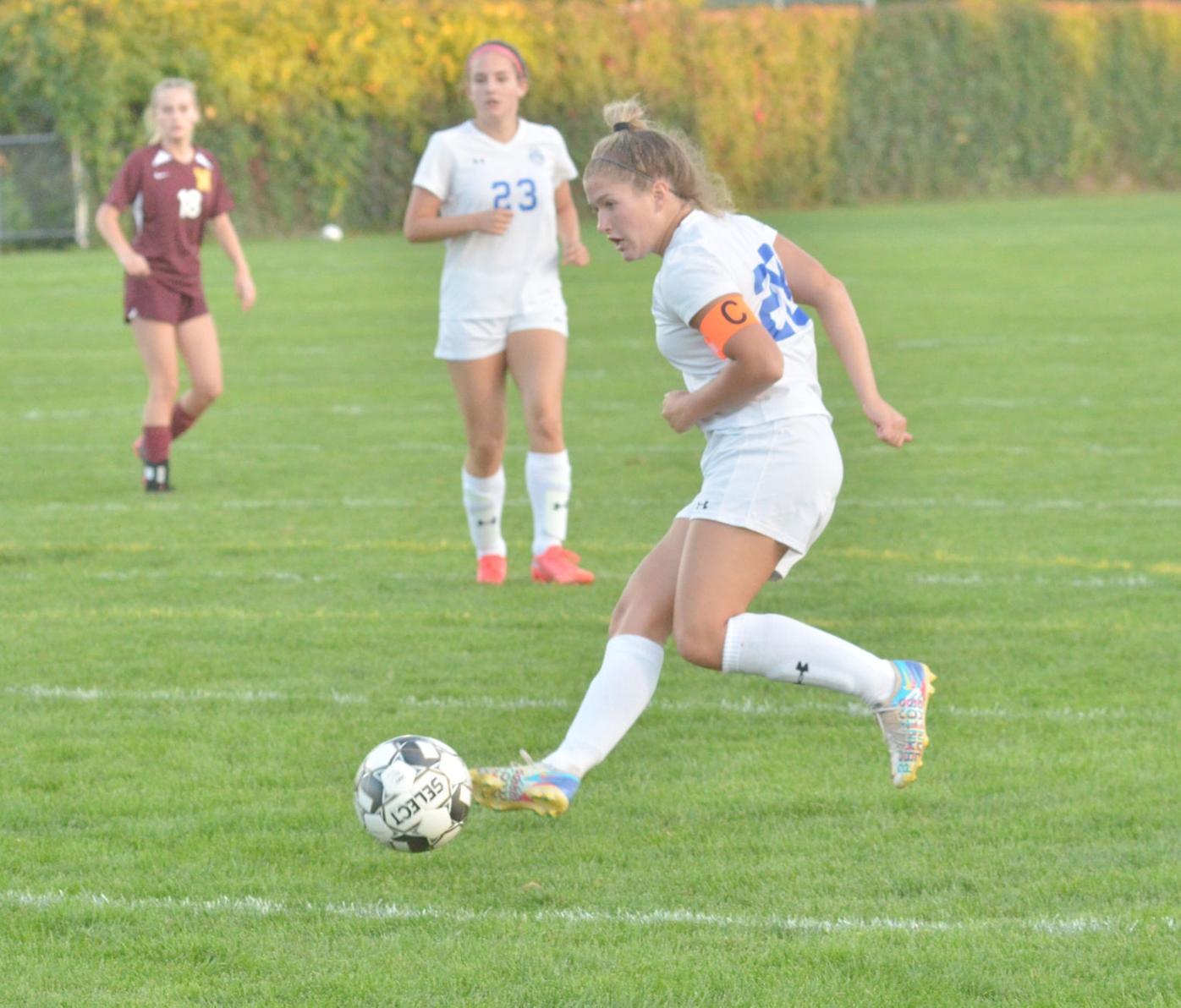 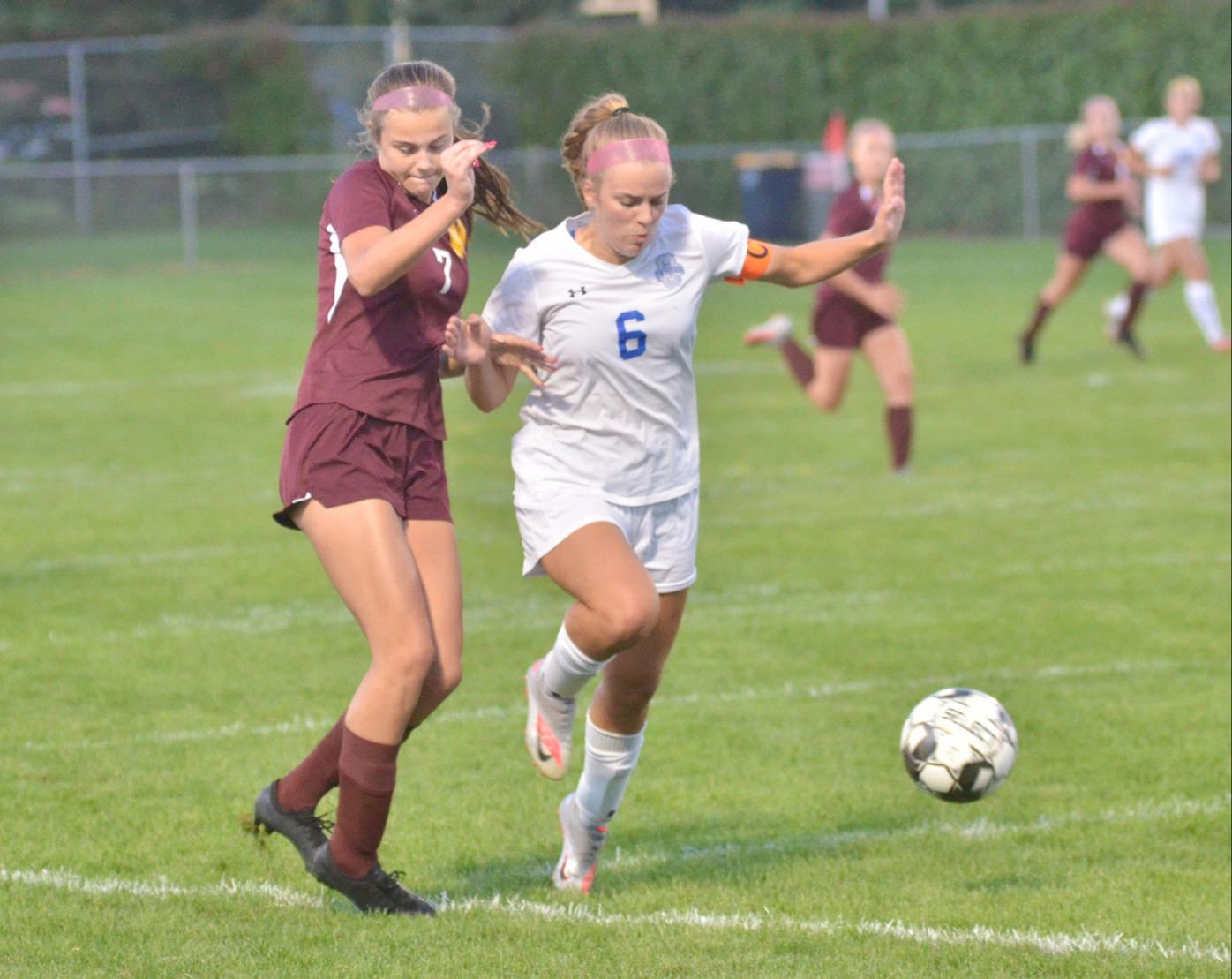 As far as starts go, it would have been hard to produce one much worse than Owatonna's on Tuesday night in Northfield.

After only 20 seconds, Raider forward Ava Stanchina had broken free of the Huskies to score the first goal of the match. Dismissing those calamitous first 20 seconds, however, Owatonna coach Nate Gendron was pleased with the way his team played in the final 79 minutes and 40 seconds of a 2-1 victory.

"That was an eye-opener for us and our girls kind of needed to recollect, but they did a fantastic job," Gendron said. "After that we were able to possess the ball and play our game a lot better, so I just forget those first 20 seconds and then we can move forward.”

The Huskies (4-3) leveled the score with 13:40 remaining in the first half when Hilary Haarstad exploded past the Northfield defense on a breakaway before calmly depositing her shot past a charging goalkeeper.

Owatonna generated most of the possession throughout the night, but Gendron said a high defensive press from Northfield (0-6) prevented the Huskies from consistently producing scoring chances outside of a few breaks when they were able to quickly switch the ball from one sideline to the other to catch the Raiders out of position defensively.

That changed with 14:45 remaining in the second half, when Owatonna was awarded a free kick just outside the box. Junior Ezra Oien stepped up and blasted a low shot around the wall, past the goalkeeper and into the low left-hand corner of the net for the game-winner. Oien had also banged a first-half free kick off the post.

“She’s great at free kicks," Gendron said. "We always want her on the ball whenever we can, and when she can find the net, that’s what we want.”

Northfield didn't produce much offensively in those final stages, outside of a near breakaway from Stanchina in the final 30 seconds. The Huskies were able to direct the ball out for a corner kick with under 10 seconds remaining, and while Stanchina was able to quickly launch a ball into the box, the Raiders weren't set up in time for a potential last-second equalizer.

“It’s always a tough competition against Northfield," Gendron said. "It feels like it’s always a one-goal game or we go to overtime. We’re always matched up pretty equally, but it always feels good to walk away with a win. Just wish it wasn’t that close of course.”

The victory is the third in a row for the Huskies, who are starting to find their footing after a shaky start to the 2021 slate. After back-to-back losses against Class AAA No. 7 Lakeville North and Prior Lake, Owatonna split its first two Big 9 Conference matches against Rochester Century and Albert Lea.

Then, Owatonna blew past both Austin and New Prague before gutting out Tuesday night's win to push itself into a tie for third place in the Big 9 with Winona, with both teams sporting matching 3-1 records with nine points. Rochester Century and Mankato East are both 4-0 in the conference this season with 12 points apiece.

Next up is a home match Thursday against those Winhawks, before a Saturday home game against non-conference Burnsville.

“We started off the season with a rough start," Gendron said. "We played some tough competition, but we just didn’t have our grounding. Now we’re hitting our stride and it’s what we need to do, because we have a couple big conference games coming and we need to finish strong.”