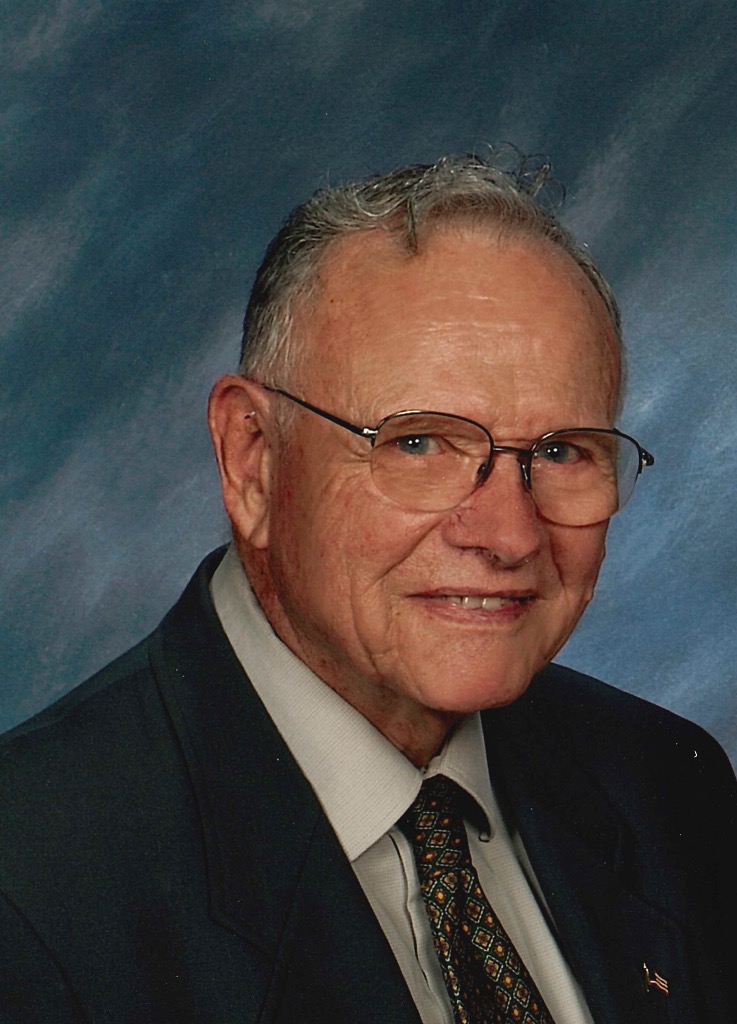 Emanuel "Bud" Herman 1927–2020 Owatonna—Emanuel "Bud" Herman passed away peacefully at Koda Living Community in Owatonna, MN on Dec 6, 2020 at the age of 93. Mass of Christian Burial is set for Thursday, December 17, 2020 at 11:00 AM at Sacred Heart Catholic Church in Owatonna. Burial will follow at Sacred Heart Cemetery with military honors provided by the Steele County Funeral Unit. Friends may greet the family one hour prior to mass at church. Emanuel was born Aug 6, 1927 in Tabor, SD, later he lived in Rochester, MN where he graduated from Lourdes High School. He enlisted in the Navy July 1945 and served a year in the Philippines as Electrician's Mate 3rd Class with the Navy Seabees. After being honorably discharged from the Navy in 1946, he came back home to Rochester, MN began working for Northwestern Bell. He then met Marie, whom he married in August 1950. Because of Emanuel's job with Northwestern Bell, the family moved to Winona, Northfield and Owatonna, where he retired in January of 1985 after 38 years. He is survived by his siblings, Dennis (Jean) Herman, Rev. Robert Herman and Bonita (Jerry) Behme; children, Catherine (David) Williams, Thomas (Gayle), Richard (Aurea), Ruth Ann (Michael) Stein, and Daniel (Shannon) Herman; grandchildren, Heather, Blake (Emily) Williams, Caitlin (Jeffrey) Swenson, Scott (Hannah) Herman, Adam (Sarah) Herman, Alicia (Jamin) Aahl, Ross Herman, Caroline Stein, Lucas (Kristin) Stein, Madeline Stein, Nicholas, Andrew, Patrick, Connor and Van Herman; and great grandchildren, Charlotte, Liam, Wyatt, Crosby, Henley, Folsom, Shepherd and Emmanuel. He was a member of Sacred Heart Catholic Church, Sacred Heart Eucharistic Minister, the Telephone Pioneers, Knights of Columbus, and St. Paul Beekeepers Club and active at the Village of Yesteryear in Owatonna. He enjoyed telling stories and teaching his grandchildren things about bees, horses, gardening, and how to make his famous popcorn balls with peanut butter and his honey. He was always so patient with them. They also learned to make Bohemian food the way his mother did. Bud and Marie would've celebrated 70 years of marriage in August of this year, but she was taken on May 22nd. He was preceded in death by parents Albina and Emil Herman; and wife Marie Margaret (Casey) Herman. For more information or to leave an online condolence message go to www.megercares.com

To plant a tree in memory of Emanuel Herman as a living tribute, please visit Tribute Store.
Load comments