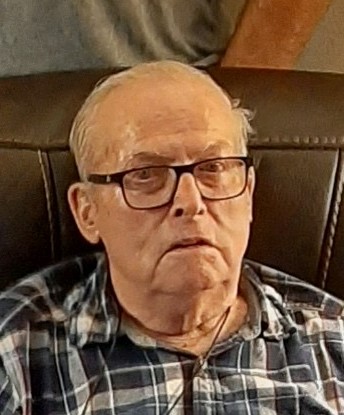 Walter C. Fowler 1930–2020 Waseca—WALTER CHARLES FOWLER, age 89 of Waseca, died on Monday, October 12, 2020 at St. Mary's Hospital in Rochester. Born on October 26, 1930, in Good Thunder, Walter was the son of Arthur and Mabel (Morris) Fowler. As a young man he attended school in Eagle Lake through the eighth grade. He served his country in the US Army for four years, and later in the US Air Force for an additional three years, during which time he met his future wife, Joan Faye Stewart. Following his honorable discharge from the service he worked in the trucking industry in Wyoming and Oklahoma. Walter and Joan were married at the First Baptist Church in Glenwood, Iowa on October 2, 1952. Together they worked side-by-side to earn their high school diplomas as adults. Walter then went to work for Herter's in Waseca for several years before moving into what would become his lifelong career with the US Post Office in Waseca. Walter and Joan enjoyed traveling to Oklahoma twice each year to visit family, as well as taking trips to Europe, Alaska, and many other points around the country. Walter liked reading and researching anything related to World War II and General Patton. He also watched the stock market as an ongoing hobby. He was a member of Grace Baptist Church in Waseca as well as the Waseca VFW. Walter is survived by three children, Jacqueline (Lynn) Carlson of Waseca, Charles Fowler of Oklahoma City, OK, and Cynthia Fowler of Owatonna; five grandchildren; ten great-grandchildren; and many nieces, nephews, and friends. He was preceded in death by his parents; his wife; and eleven siblings. Walter's children would like to offer a special thank you to the staff at Colony Court in Waseca – specifically Tammy, Pam, Diane, Penny, Betty, and Mila – for the excellent care he received as a resident there. A private family graveside service will be held at Woodville Cemetery in Waseca, with Rev. Carl Murray officiating. Dennis Funeral & Cremation Services in Waseca will be handling the arrangements. dennisfuneralhomes.com

To plant a tree in memory of Walter C. Fowler as a living tribute, please visit Tribute Store.
Load comments