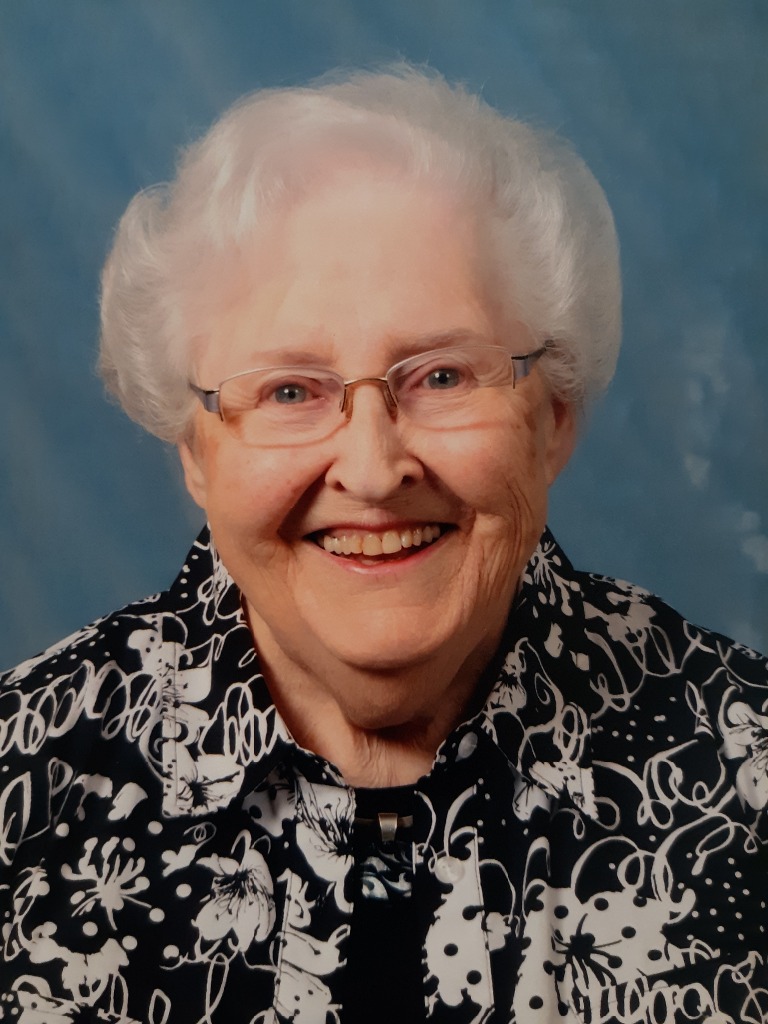 Genevieve Corrine Follingstad 1926–2020 Sister Bay— Genevieve Corrine Follingstad, 94, of Sister Bay, Wisconsin, passed away peacefully on Sunday, November 1, 2020 at the Good Samaritan Society – Scandia Village. She was born July 28, 1926 in Sturgeon Bay, WI, daughter of the late Gilbert and Olga Karine (Olson) Wickman. She graduated from Gibraltar High School and earned her bachelor's degree in musical education from St. Olaf College, where she met her future husband. On June 28, 1950, she was united in marriage with Donald Merril Lucine Follingstad at Trinity Lutheran Church in Ellison Bay. From their union came three children, Deonn, Mark, and Bryan. They shared 36 years of marriage together before Don preceded her in death on April 18, 1986. Genevieve taught music for 25 years in Owatonna and surrounding areas. Genevieve was a talented musician and entertainer. She was always involved in her community and her church. She was a member of the Owatonna Women's Club, United Way, and volunteered at Bargains Unlimited in Sister Bay. She played the bass in NOVA and played the accordian as Ole in "Ole and Helga", a comedy act put together with her friend, Claire. Genevieve also enjoyed playing piano, card games, singing in various choirs, knitting, and needlework, particularly hardanger. Gen was a good natured woman with a ready smile, an infectious laugh, and an undying sense of humor. Genevieve will be missed by her daughter, Deonn Cicak (Lloyd Chase); son, Mark Follingstad (ex-wife, Ann Marie Richgruber); grandchildren, Andra Jean (Marty) Strese [their daughter, Ona Marie Strese], and Janelle Deonn. Also by the family of her son Bryan; daughter-in-law, Sherry Wilson and their daughters Rachel Renee, Kayla Jean, and Krista Marie Follingstad; she is survived as well by many nieces, nephews, and cousins. Genevieve was preceded in death by her parents, Gilbert and Olga Wickman; husband, Donald Follingstad; son, Bryan Follingstad; and sister, Audrey (Bill) Loomis. Genevieve will be laid to rest beside her husband, Donald, in Owatonna Memorial Gardens during a graveside service on Saturday, November 7, 2020 at 1:00 p.m. Casperson Funeral Home of Sister Bay, WI is assisting the Follingstad family. Expressions of sympathy, memories, and photos of Genevieve may be shared with her family through her tribute page at www.caspersonfuneralhome.com.

To plant a tree in memory of Genevieve Corrine Follingstad as a living tribute, please visit Tribute Store.
Load comments