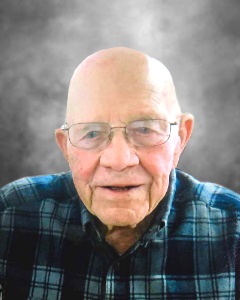 Robert 'Bob' L. Arndt 1929–2020 Hutchinson—Robert "Bob" L. Arndt, age 90, of Hutchinson, Minnesota, passed away on Monday, January 6, 2020, at Ecumen Oaks and Pines in Hutchinson. Private Family Service will be held at a later date. Memorials preferred to the Lutheran Social Services. Robert Lee Arndt was born on August 6, 1929, in Owatonna, Minnesota. He was the son of Paul and Arvella (Turner) Arndt. He was baptized as an infant and later confirmed in his faith as a youth, both at Trinity Lutheran Church in Owatonna. Robert received his education in Owatonna and was a graduate with the Owatonna High School class of 1947. On September 30, 1950, Robert was united in marriage to Florence Wavrin at St. John's Lutheran Church in Owatonna. This marriage was blessed with one son, Thomas. Robert and Florence resided in Owatonna, Faribault, and Kenyon, Minnesota. They later moved to Hutchinson, Minnesota. Robert and Florence shared 60 years of marriage until the passing of Florence on April 21, 2011. Robert was employed for many years as a sales manager for Harvestore Dealerships in Minnesota until 1986. He then was employed at Culligan Water Conditioning in Hutchinson. Robert enjoyed collecting and restoring cars, such as Corvettes. He especially enjoyed spending time with his family and friends. Robert passed away on Monday, January 6, 2020 at Ecumen Oaks and Pines in Hutchinson, at the age of 90 years. Blessed be his memory. Robert is survived by his son, Thomas Arndt and his wife, Marilyn, of Bloomington, IL; grandchildren, Emilie Brehm and her husband, Eric, of Mesa, AZ; great-grandchildren, Henry Brehm, Charlie Brehm, Peter Brehm; Terrific Neighbors that always watched and cared for him; special friends whom he always ate lunch with at the Evergreen Apartments; and many other relatives and friends. Robert is preceded in death by his parents, Paul and Arvella Arndt; wife, Florence Arndt; sister, Betty Johnson; stepmothers, Evelyn Arndt, Lucille Arndt. Arrangements by the Dobratz-Hantge Chapels in Hutchinson. Online Obituaries and Guest Book available at www.hantge.com.

To plant a tree in memory of Robert L. Arndt as a living tribute, please visit Tribute Store.
Load comments