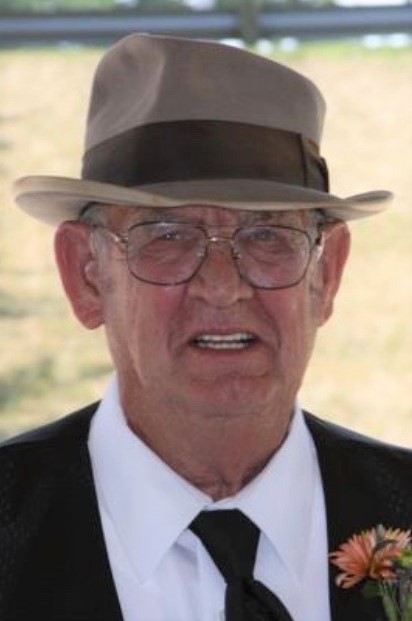 Carl J. Wagaman 1941–2020 Albert Lea—Carl John Wagaman, age 78, of Albert Lea, Minnesota, formerly of Blooming Prairie, Minnesota. It is with great sorrow that the family announce his peaceful passing on Saturday, September 5, 2020, at Thorne Crest Senior Living Community in Albert Lea. Carl was born in Dexter, Iowa to Charles and Hazel (Bley) Wagaman on November 21, 1941. He was raised in Dexter, MN and graduated from Elkton High School in 1959. In 1962, Carl enlisted in the United States Air Force. While enlisted he had two deployments to Vietnam before being honorably discharged in 1968. On August 28, 1965, Carl married the love of his life, Sandra Clark, in Owatonna, Minnesota. The couple lived in Dexter and Brownsdale before settling in Blooming Prairie, Minnesota in 1970 and they spent 51 years happily married. When Carl moved to Blooming Prairie, he began his 30-year career with Continental Telephone Company later changing its name to GTE and Frontier. Carl was a hard worker and his clients loved him and missed him when he retired. He had a passion for restoring old cars, trucks and tractors for many years. Carl enjoyed taking his cars to car shows, had his tractors in parades, and won many awards for his cars. He attended many auctions where he would find little treasures. He loved having conversations with many people, telling stories, and talking about Vietnam. Carl and Sandra made many memories camping with their children. He enjoyed horseback riding with his youngest daughter and traveling. He loved having pets and had a very special bond with his most recent dog, Gracie. He was a member of the Blooming Prairie VFW and a member of the Moose Lodge in Albert Lea. Carl will be lovingly remembered forever by family and friends for his kind heart and outgoing personality. Survivors include his children, Steve (Mary) Wagaman of Medford, Scott (Angie) Wagaman of Blooming Prairie, Sherrie (Jassen) Hoffmann of Albert Lea, and Shauna Christiansen of Blooming Prairie; grandchildren, Jon (Katie) Wagaman, Marisa Wagaman, Cody Wagaman, Cory Wagaman, Ariel (Nolan) Hodapp, Alexandrea Christensen, Jadden Hoffmann, Jarren Hoffmann, Kallen Hoffmann, Walter Christiansen, and Emmit Christiansen; and great-grandchildren, Lennox Hodapp, with one on the way; siblings, Gene (Mae) Wagaman of Goshen, Indiana, Bruce (Donna) Wagaman of Ellendale, Elaine (Kenny) Vermilyea of Blooming Prairie; sister-in-law, Sharon (Jim) Andrews of Owatonna; many nieces, nephews, other relatives and friends. Carl is preceded in death by his wife, Sandra Wagaman; and parents, Charles and Hazel Wagaman Funeral services will be held at 10:30 a.m. on Monday, September 14, 2020 at Worlein Funeral Home Chapel in Austin, Minnesota. Visitation will take place from 4:00-7:00 p.m. on Sunday, September 13, 2020 at the Worlein Funeral Home in Austin. Interment will be in Minnesota State Veterans Cemetery in Preston, Minnesota. Worlein Funeral Home of Austin is assisting the family with arrangements. Condolences may be expressed to the family online at www.worlein.com.