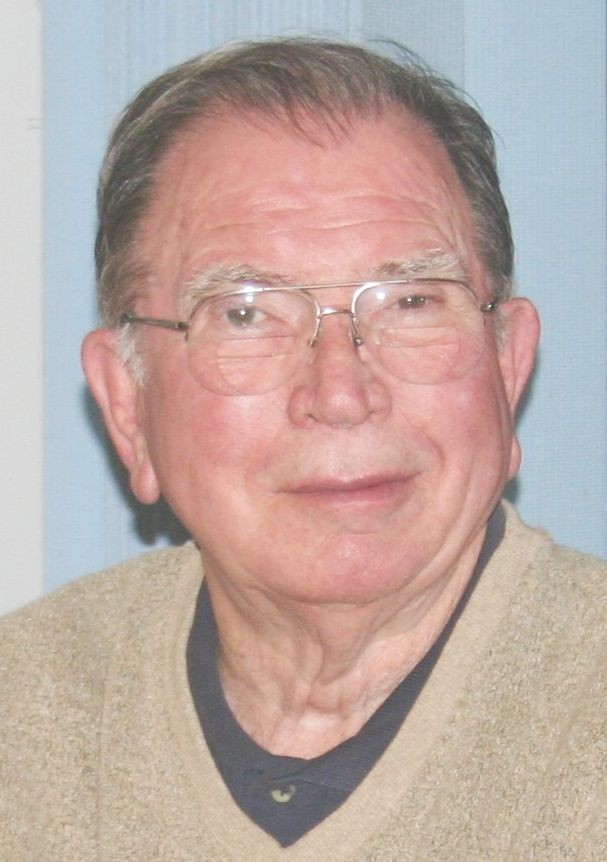 Donald "Don" Noyce 1931–2020 Owatonna—Donald O Noyce, 89, of Owatonna, died Saturday, June 20, 2020 at Birchwood Cottages in Owatonna. He was born January 9, 1931 in Goodland, Kansas the son of Al and Mildred (Dryden) Noyce. As a young child, his family moved to Salina, KS where he graduated from high school in 1948. He continued his education at Kansas Wesleyan University graduating with a double major in Administration and Psychology. After college, he enlisted in the United States Navy during the Korean War. He became an Aviation Electrician Mate, 2nd Class and a Navy Air Crewman operating air-born and anti-submarine surveillance equipment that tracked Russian subs throughout the Atlantic. Following his military service, he took a job a Federated Insurance in Owatonna where two of his brothers were working. He married Darlene Boettcher on October 13, 1957 in Salina, Kansas. The couple lived in Kansas where their son, Ron was born, Iowa where their daughter, Nancy was born and Owatonna where their son, David was born. He retired from Federated Insurance in 1992 as the Sales Training Manager. Don was a member of the American Legion where he served on the building committee and color guard, Associated Church where he taught Sunday School and PTA at the various schools his children attended. He also was instrumental in forming the National Guard Citizens Committee which built the new Owatonna Armory. Don's greatest interest was the Boy Scouts of America. As a young boy, he was an Eagle Scout. As an adult he served as Scoutmaster at Jefferson and Wilson schools and received the Silver Beaver Award and the Vigil Honor Order of the Arrow. In retirement, he worked part-time at Havana Hills Golf Course and Cabela's. Don loved life: whether it be lending moral support or a helping hand to anyone in need or spending time with his family (especially his grandchildren). He loved and cherished his family. Living life by example, passing on traditions and keeping in contact with his brothers and their families was very important to him. Being a fun-loving person, he never passed up an opportunity to have a good time, to laugh, to tell a tall tale or to pull a prank on family, friends or co-workers. Many remember the impact he made in their life during Boy Scouts, as a Sunday School teacher and as a trainer and mentor at work. Most recently, the staff at Birchwood Cottages reaped the benefit of his relentless pursuit to go home by calling for a ride from friends and even the police. He is survived by his children, Ronald (Linda) Noyce of Cambridge, Nancy (Steve) Winkel of Overland Park, KS and David (Trish) Noyce of Owatonna; grandchildren Grace (Bryan) Brown of Kansas, Jillian Winkel of Kansas, Ellen Winkel of Overland Park, Andy Noyce, Bri Noyce and Zach Noyce, all of Owatonna; step grandchildren, Bryan Craig of Florida, Brett (Karin) Craig of Andover, MN, Kelly (Jay) Anderson of Cambridge, MN and Cassandra (Jason) Larson of Blaine, MN; great grandchild and step great grandchildren, Parker Brown, Caleb Craig, Mikki Craig, Maia Splitstosser, Charley Splitstosser, Luke Craig, Rachel Craig, Maya Anderson, Sam Anderson, Jacob Anderson, Maddie Anderson, Livi Larson and Will Larson; sister-in-law, Ruth Noyce, nieces, nephews and other relatives and friends. He was preceded in death by his wife, Darlene Noyce; parents Al and Mildred; brothers, Bill (Pat) Noyce, John Noyce and Dick (Pat) Noyce. A public visitation will be held from 4:00 – 6:00 PM Sunday, June 28th at Michaelson Funeral Home in Owatonna. Face masks are requested. A private graveside service will be held at Forest Hill Cemetery in Owatonna with military honors by the Steele County Military Funeral Unit.