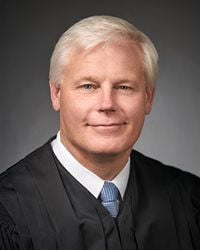 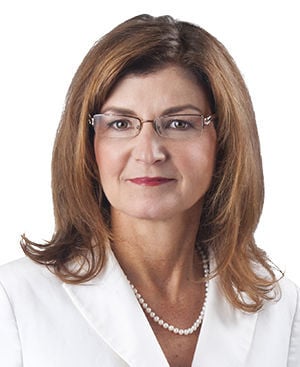 ST. PAUL, Minn. (AP) — Minnesota voters may be fixated on the presidential race or other high-profile races, but there’s an important race on the back of the ballot.

Minnesota Supreme Court Associate Justice Paul Thissen is facing voters for the first time since his appointment in 2018. Challenging him is frequent candidate Michelle MacDonald, who is making her fourth bid for a seat on a court that has disciplined her before over professional conduct, and could impose new restrictions on her law license.

Both candidates are hoping voters turn over their ballots to the state’s nonpartisan judicial races. In 2016, 26% fewer votes were cast for Supreme Court justice than for president.

Thissen, 53, of Minneapolis, served 16 years in the Minnesota House as a Democrat, and was speaker from 2013 to 2015. He made brief runs for governor in 2010 and 2018. He also practiced law for 25 years, arguing cases before appellate courts as a public defender, handling complex litigation for large and small businesses, advising health care and long-term care providers, and providing free services for victims of domestic abuse and families with disabled children.

Thissen told the St. Paul Pioneer Press he views his legislative experience as an asset on the court, saying it helps him understand what lawmakers intended when they passed a law that the court considers and gave him opportunities to travel.

“One of your jobs as a judge is to step into the shoes of the litigant, to hear their views from their perspective,” he said. “Having traveled to all 87 counties and talked to thousands and thousands of people, I think that experience… helps me do that part of the job.”

MacDonald, 58, is a conservative family law specialist from West St. Paul who gets more votes than challengers in judicial races normally do. She received 47% in 2014 against Justice David Lillehaug, 41% in 2016 against Justice Natalie Hudson and 44% in 2018 against Justice Margaret Churtich. She said she’s running again to “stop the corruption, the legal tyranny which happens with law enforcement, lawyers, prosecutors and judges. … The system is corrupt to the core.”

MacDonald has been embroiled in controversies. In 2014, she was acquitted of a drunken driving charge but later convicted of a misdemeanor for obstruction of the legal process. The Minnesota Supreme Court suspended her law license in 2018 for 60 days and placed her on two years’ probation after the Lawyers Professional Responsibility Board determined that she had committed professional misconduct when she failed to competently represent a client, recklessly made false statements about a judge and misused subpoenas — among other things.

Last week, a court-appointed referee recommended to the Supreme Court that she be placed on supervised probation for a year for causing “harm to both the public and legal profession.” The lawyers board alleged she violated her probation by again falsely impugning Dakota County Judge David Knutson. He presided over the 2013 child-custody trial of MacDonald’s client Sandra Grazzini-Rucki, who was herself later convicted of hiding her two daughters from their father for two years.

“Can attorneys not talk about bad judges? I guess we can’t,” MacDonald told the Star Tribune of Minneapolis.