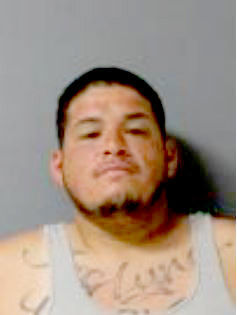 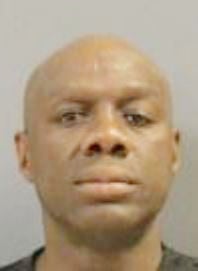 Kevin Jackson, of Owatonna, is charged with second-degree assault with a dangerous weapon for a dispute that took place May 22. He faces between one and seven years in prison and fines up to $14,000. Rosalio Chavez III is charged with felony domestic assault by strangulation as well as misdemeanor domestic assault and damage to property for an incident on Tuesday. He faces over three years imprisonment and fines of more than $6,000.

According to the complaint against Jackson, police were called May 22 to speak with the victim, who officers noted had a large bruise on his shoulder and a raised bump on his forearm. The victim said he was texting K-Town, identified as Jackson, who told him to come to his house. The victim told police that when he knocked on the door, Jackson appeared from behind a bush or something and started hitting him with a bat, and that the victim returned to his residence to call police.

Officers spoke to Jackson, who said that “what me and [the victim] have going on is between us.” Jackson told officers that the victim called him asking for something, that Jackson told the victim “I don’t do that stuff anymore,” and that he went outside and confronted the victim when he came to Jackson’s house.

The complaint was filed June 17.

This is not the first time Jackson has been charged with assaulting the victim. On June 2, Jackson was charged with second-degree assault for allegedly attacking the same man outside the Steele County courthouse with a bat or pole. Robert Hernandez of Owatonna was charged with fifth-degree assault in the same incident, which took place eight days after the charge that brought Jackson back to court Wednesday. In the June 2 case, Jackson is scheduled for an omnibus hearing April 10, with a trial date set for Oct. 19.

In the complaint against Chavez, police report they were called Tuesday to Central Park, where Chavez’s ex-wife told officers she was driving toward the park when Chavez cut her off in his vehicle and yelled that he wanted their children. The victim parked at the park, and Chavez pulled the couple’s two children out of her vehicle to put in his. The victim said she told him she would call police because he didn’t have car seats for the children, and that Chavez grabbed her phone from the vehicle and smashed it on the ground.

Chavez then reportedly began choking the victim and pulling her hair, holding his arm across her throat and lifting her off the ground. Officers observed redness on the victim’s neck and throat area, and located her smashed cell phone.

Court records show Chavez was granted a public defender and was served with a no-contact order Wednesday. His next appearance in court is scheduled for July 29. Chavez has one previous conviction for violating an order for protection.