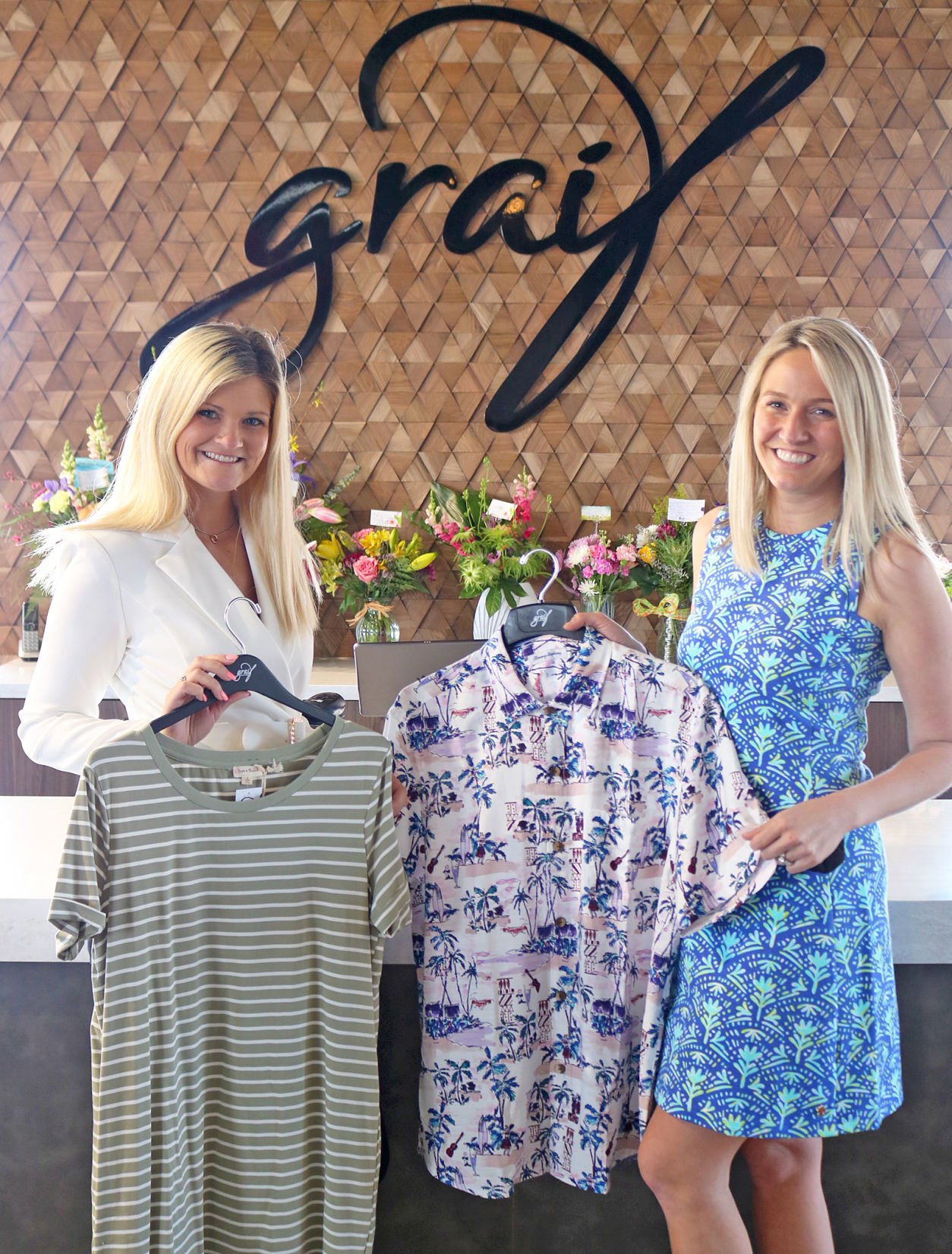 Graif Clothing officially opened its doors in downtown Owatonna Monday. Owner Marissa Brostrom (right) and manager Maddie Strable said they are excited to finally have a physical presence in Owatonna after years of having a strong clientele from the Steele County town at their Mankato location. (Annie Granlund/southernminn.com) 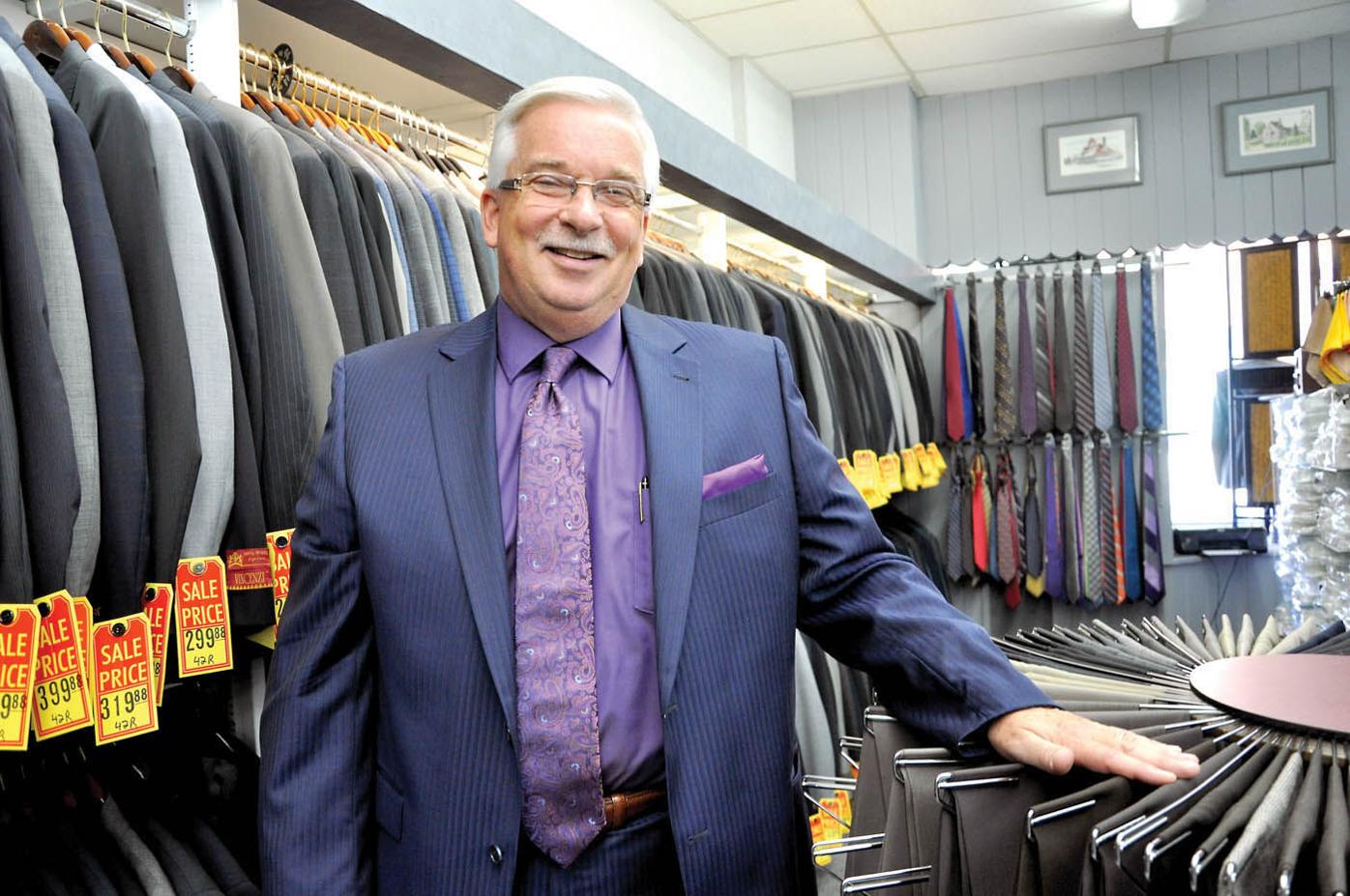 Greg Krueger owned and operated St. Clair’s for Men in downtown Owatonna, providing the sole location for independent men’s clothing in the city for 125 years. When the store closed in 2015, Krueger began recommending Graif Clothing in Mankato to his customer base. (File photo/southernminn.com)

Graif Clothing officially opened its doors in downtown Owatonna Monday. Owner Marissa Brostrom (right) and manager Maddie Strable said they are excited to finally have a physical presence in Owatonna after years of having a strong clientele from the Steele County town at their Mankato location. (Annie Granlund/southernminn.com)

Greg Krueger owned and operated St. Clair’s for Men in downtown Owatonna, providing the sole location for independent men’s clothing in the city for 125 years. When the store closed in 2015, Krueger began recommending Graif Clothing in Mankato to his customer base. (File photo/southernminn.com)

The rebirth of downtown Owatonna continues as Graif Clothing officially opened to the public on Monday.

With its main store located in Mankato, Graif specializes in men’s clothes as well as tuxedo rentals, but also offers contemporary casual clothing for women. Following a successful networking open house to introduce themselves to the community, owner Marissa Brostrom and manager Maddie Strable said they're excited to call Owatonna their second home.

“As soon as we announced we were coming to Owatonna, things got crazy over in Mankato,” Strable said. “Everyone from Owatonna was heading over there because they wanted to see what was coming to town.”

Many Owatonnans, however, were already familiar with Graif as their “go-to” option for men’s clothing. Bostrom said this is largely to do with the store’s longstanding relationship with Greg Krueger, the owner of the former St. Clair’s for Men that closed in 2015 after 125 years in business in downtown Owatonna.

“The previous owner of Graif also had a wholesale men’s business in sportswear, so I had bought a lot from him and we had known each other for a long time,” Krueger said. “When we sold [St. Clair’s] we started sending people over there because their lines were similar to what we carried and we knew they were into customer service the same way we were – I just felt it was a good fit for my customers.”

Closing his business was a difficult decision to make and Krueger admits that since closing his business, he has worried about whether another independent men’s store would ever come to Owatonna. Once he learned that not only was one coming, but that it was Graif, he couldn’t have been happier.

“I am so pleased that the one coming is one that shared the same value and concept for their customers that we did,” Krueger said, adding that he called Brostrom to learn more about the new owner of the business he had been sending customer to for six years.

“We finally met for the first time a couple weeks ago when we came and saw the space,” Brostrom said. “He has been such a big advocate for us for so many years and the reason that we have a recognized and strong Owatonna customer base already, it was just a very warm and loving first meeting. He had great advice for us and is just a huge support of our business – we owe him so much.”

Brostrom said when she first purchased the business in 2019, she never imagined she would open a second location. She did, however, always know that if a second location was ever an option, it would have to be in Owatonna.

“We had always entertained the idea of having some kind of physical presence in Owatonna, but time just never really allowed us to explore what that would look like,” Brostrom said. “When we were shut down last year due to COVID-19, I finally had the time.”

Brostrom said they originally looked into potentially opening a pop-up location in Owatonna for a couple months before the holidays, but when the building at 202 Bridge Street became available last summer through Redline Development Group – comprised of Darrien Stadheim of Stadheim Properties and Scott Mohs of Mohs Contracting – plans changed quickly.

Fully redeveloping the building that has been vacant for more than a decade – last housing a furniture rental business – the entire first floor of the building is the Graif Clothing store. The second floor will be office space for rent as well as shared common areas such as break and board rooms.

Krueger said his visit to the store prior to their official opening left him feeling even more confident in the new downtown business.

“I love the look of the inside and I’m just really happy for the people in the area, especially the customers we had who can now stay in town and support local business,” Krueger said. “The Graif crew is community-oriented, Chamber-oriented and really want to get involved in Owatonna. They will fit in really well with downtown.”