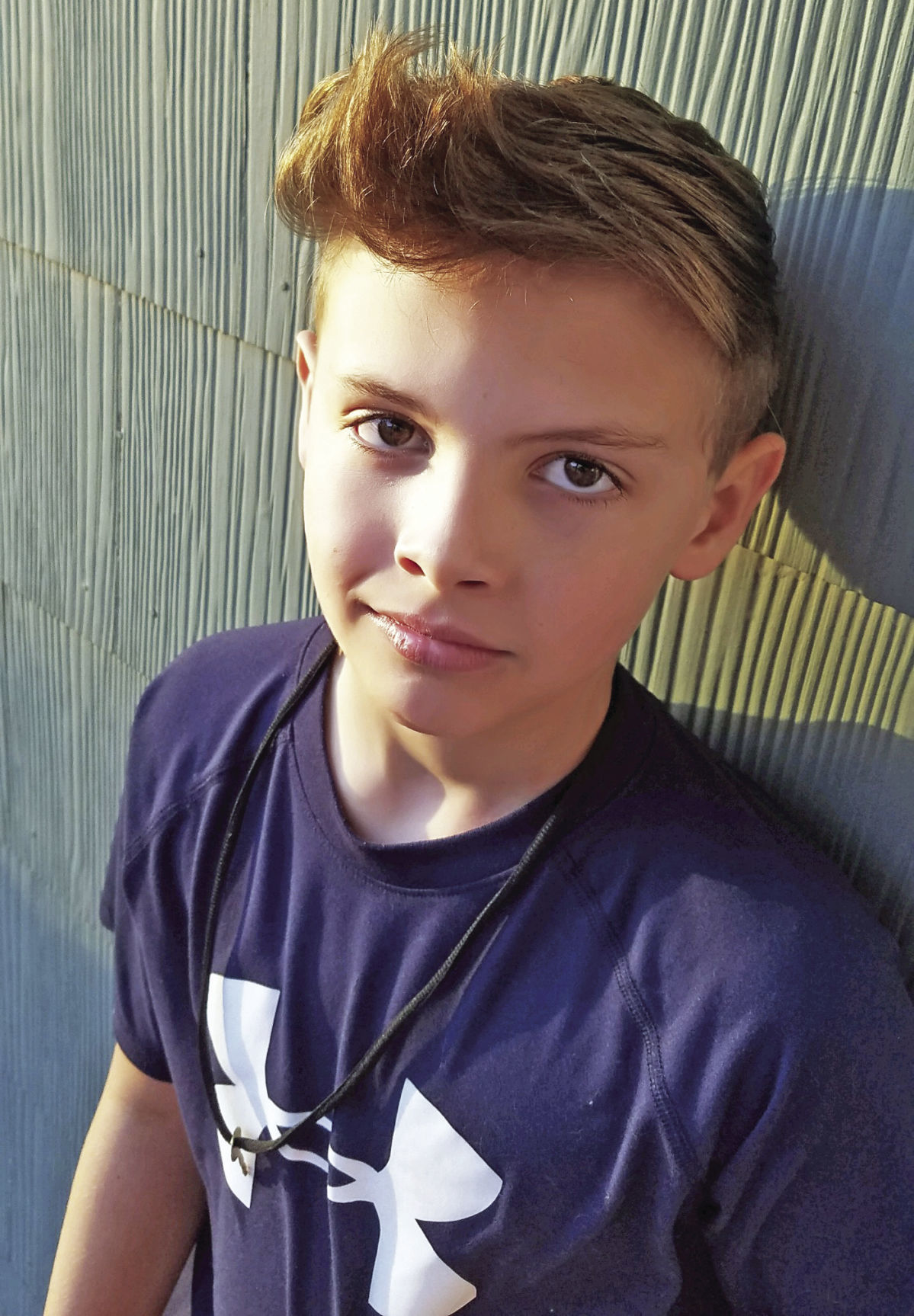 At 12-years-old, Max Nielsen has become his own self-advocate when it comes to his peanut and tree nut allergy, though his mother admits that there are days her son struggles and wishes he was “normal.” (Photo courtesy of Kassy Nielsen) 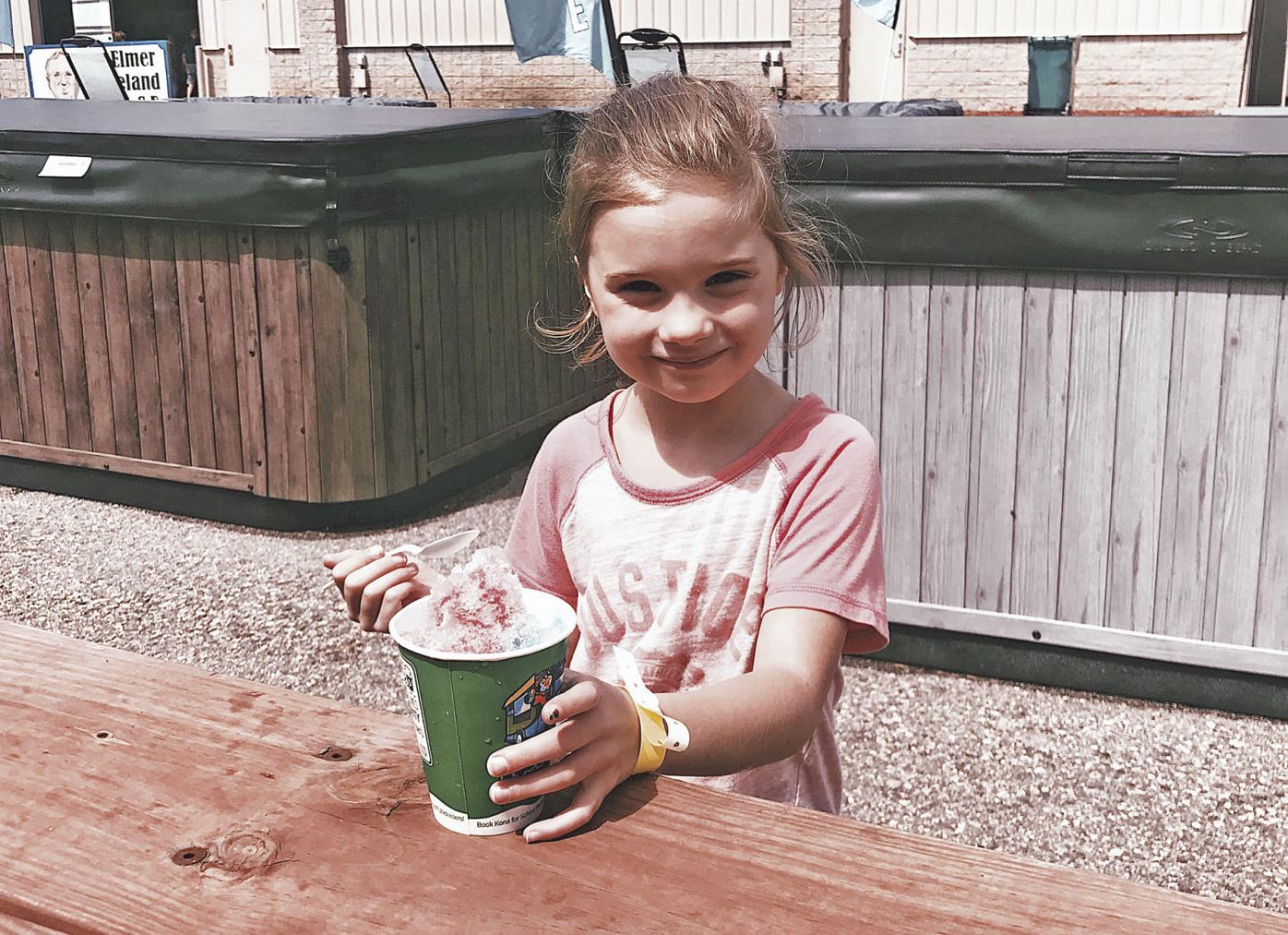 Irene DeMars enjoys her annual Kona Ice treat at the Steele County Free Fair. While the DeMars family loves the fair, Irene’s mother says that they generally stay away from the food at all public events due to Irene’s severe peanut allergy. (Photo courtesy of Laura DeMars)

At 12-years-old, Max Nielsen has become his own self-advocate when it comes to his peanut and tree nut allergy, though his mother admits that there are days her son struggles and wishes he was “normal.” (Photo courtesy of Kassy Nielsen)

Irene DeMars enjoys her annual Kona Ice treat at the Steele County Free Fair. While the DeMars family loves the fair, Irene’s mother says that they generally stay away from the food at all public events due to Irene’s severe peanut allergy. (Photo courtesy of Laura DeMars)

OWATONNA — Trick-or-treating has just wrapped up, the Owatonna Huskies football team is heading to state and the revolving door of never-ending holiday parties is just around the corner. This time of the year is littered with public events that bring people together to share laughs, spirit and delicious snacks.

For some families, however, the lure of a local high school sporting event or church potluck is not so much enticing and more or less terrifying.

According to Food Allergy Research and Education, researchers estimate that 32 million Americans have food allergies, including 5.6 million children under the age of 18. That’s one in 13 children, or roughly two in every classroom.

A food allergy is a medical condition in which exposure to a food triggers a harmful immune response. The immune response, called an allergic reaction, occurs because the immune system attacks proteins in the food that are normally harmless. Symptoms of an allergic reaction to food can range from a mild itchy mouth and a few hives to more severe difficulties in breathing and throat tightening. The most serious allergic reaction is anaphylaxis, which happens when the immune system releases a flood of chemicals that can cause a person to go into shock, have a sudden drop in blood pressure, and cause airways to narrow and block breathing. Anaphylaxis is considered life-threatening.

“It was a devastating day,” said Kassy Nielsen of Owatonna as she recalled the day her then-toddler, Max, had an allergic reaction to peanut butter. “I felt all this guilt and shame that maybe it was my fault even though the doctor said it wasn’t. I bawled my eyes out.”

Nielsen’s son is now 12-years-old and has spent his entire life avoiding anything that could trigger his peanut or tree nut allergy. Nielsen said that today it’s become a lot easier since Max can act as his own advocate, but that the journey leading up to this point has been far from an easy one.

“Our family had to completely adapt around him,” Nielsen said, stating that she and her husband emptied out more than half their pantry the night Max received his diagnosis. One of the biggest adaptions that the Nielsens’ family and friends had to take on was the use of Max’s EpiPen, which goes everywhere with the young boy from school, to parties, to any public event.

“Anytime we drop him off at a birthday party or sleep over I always show it to the parents and teach them how to use it and let them know that no matter what to call 911,” Nielsen explained. “I guess it’s become kind of our protocol.”

Though the EpiPen, which is an epinephrine auto-injector medical device that treats anaphylaxis, is always with Max, Nielsen said that it still does not fully put her at ease when the family goes to any type of public event that involves open food or concession stands.

“Sometimes we go to sporting events and we’ll be at the concession stand and I just don’t know if the person handing him his popcorn had recently picked up a candy bar with nuts in it,” Nielsen said about the constant threat of cross-contamination. “It’s just hard.”

Another Owatonna mom agreed that it’s hard to maneuver around public events with a child who has a food allergy, stating that there are some things the family foregoes altogether.

“There are certain public events that are out of the question such as sporting events, especially baseball games,” said Laura DeMars, whose 7-year-old daughter has a peanut allergy. “Irene will never be able to go to the Twin stadium, but even the bleachers at the high school football games are lined with peanut shells.”

DeMars stated that any location that they consider high risk, such as restaurants that serve peanut products, her family simply chooses not to be a patron of. When going to places such as the Steele County Free Fair, DeMars said they typically avoid all the food areas aside from the Kona Ice stand because she has seen first-hand that those ingredients are safe for Irene to consume.

Aside from what Irene eats, however, DeMars said they also have to be cognizant of their entire surrounding when out in public. At the movie theater, a favorite place for the DeMars family, the mother explained how they will wipe down Irene’s chair, instruct her not to touch anything, and make sure that she has a seat on the aisle so that they won’t have to worry about anyone who could be eating something next to her that contains her allergen.

“We’ve learned over the years that the theater is just really hard for us,” Nielsen added. “At the movie theater it’s hard to tell him that he can’t have something even though his brother can, so generally I end up sneaking in a couple Oreos for him in my purse.”

Though movie theaters are not considered public spaces or events, Nielsen said that it’s been one of the harder obstacles to overcome because of the strict policy against outside food found at all theaters. She said despite knowing it’s against the rules, she simply wants to allow her child to not feel left out.

“He’s used to it for the most part, but sometimes he kind of breaks down and says, ‘I just want to be normal like everyone else,’” Nielsen stated, holding back emotions. “It’s a scary thing, though, and I try to explain to him that his body just can’t have all the things his friends can have.”

In Owatonna, the Northwoods Cinema 10 also follows the policy of not allowing outside food. While many parents, like Nielsen, simply sneak in a small bag of “safe” food for their child with an allergy to eat, the operations manager for the theater’s parent company said that they do make exceptions on a case-by-case basis.

“We’re a family-run operation and we cater to families, we certainly want everyone to have an enjoyable experience and don’t want any child to feel like they can’t have the same experience as everyone else,” explained Greg Carter with CEC Theatres. “Every theater in the country doesn’t allow outside food or beverages, but if a parent comes up to a manager and discreetly explains that their child has a food allergy we are happy to allow them to have a small snack pack.”

For DeMars, she has spoken to managers more than once at Northwoods Cinema 10 to explain her daughter’s food allergy, stating that she has always received accommodation from the staff.

“We have resorted to putting [Irene’s] own food treats in a small backpack and bringing them in, and I have spoken with management who said that was fine,” she explained. “However, I know that other children who have brought in their own food for the same reason have been refused service, which is against the Americans With Disabilities Act.”

Carter stated that not allowing people — even those with allergies — to bring in outside food is not a case of discrimination because there is no requirement to eat while at a movie theater. He does, however, understand that having snacks while seeing a movie on the big screen is all part of the theater experience.

“Managers have some discretion and it all comes down to common sense. We are in the business of selling concessions, but we’re not greedy either,” Carter stated. “We try to help the best we can and be more accommodating to more people.”

“It’s just a huge sense of relief,” Nielsen said to learn that theater management is willing to work with children who have food allergies. “I just want my son to feel safe and not have so much anxiety when he’s out in public.”