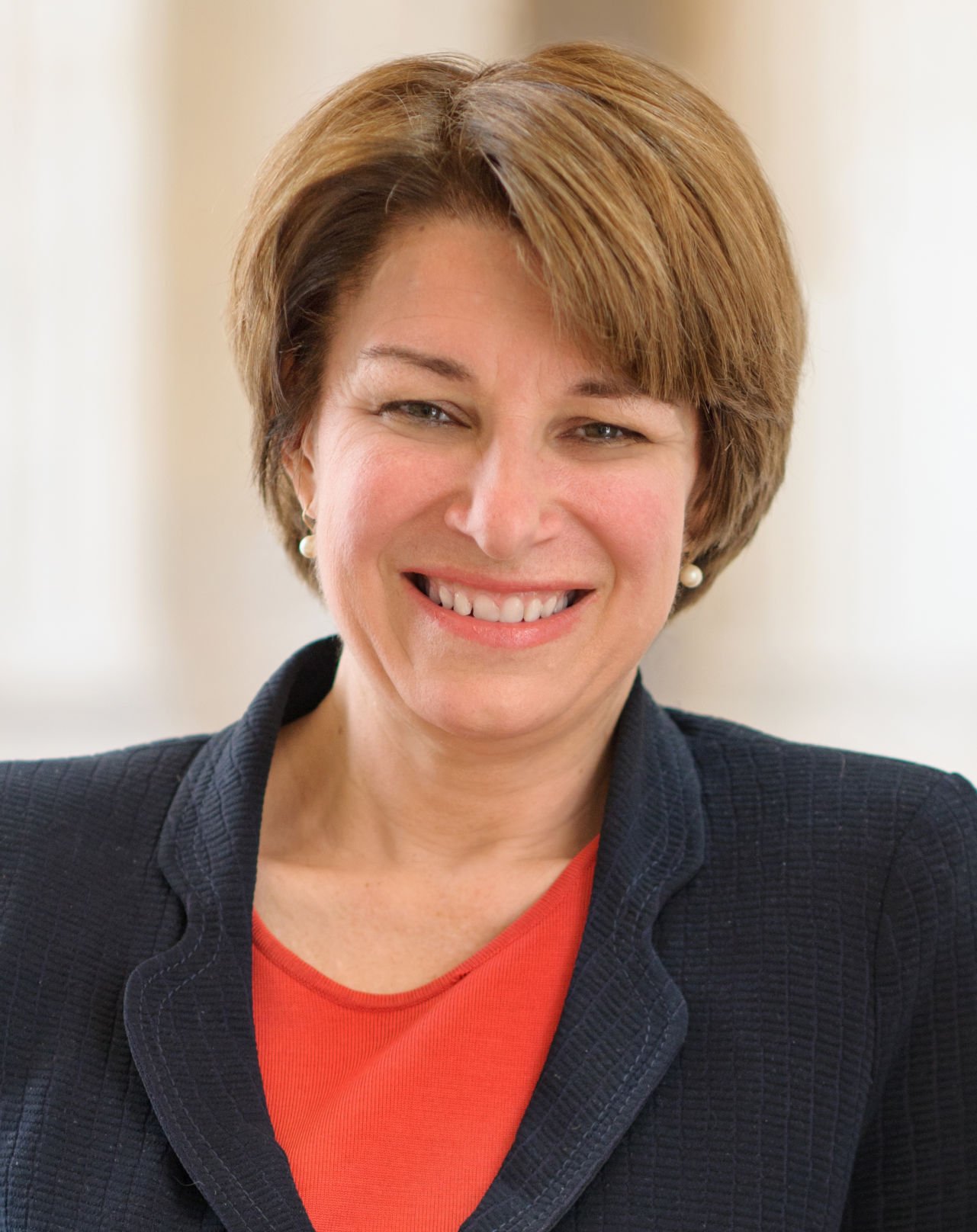 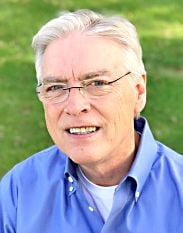 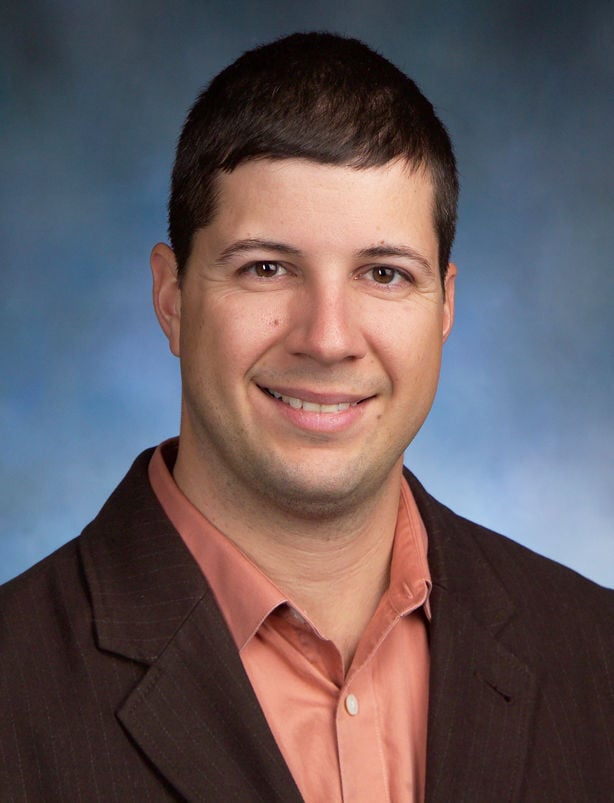 Taking a quick break between votes, U.S. Sen. Amy Klobuchar took part in a conference call with Southern Minnesota Initiative Foundation Wednesday to discuss how small businesses and childcare providers in the area are faring during the COVID-19 pandemic. On Thursday she turned her attention to southern Minnesota cities, speaking with several of the region’s mayors, including Faribault’s Kevin Voracek.

“The fact that we have always had a strong economy in southern Minnesota has really put the lack of childcare and housing under the magnifying glass,” the DFL senator said. “But I know you’ve still had your economic hits and that they have hit hard in different ways, particularly in tourism and hospitality.”

Even before the pandemic, southern Minnesota has a serious lack of childcare, but since COVID-19, the issue has become even more severe.

While Klobuchar said she is strongly advocating for another COVID-19 stimulus package, she wanted to learn more about the immediate impact the first package had on the region and how more of it could be helped. SMIF President and CEO Tim Penny said foundation staff has put in a first class effort on top on their regular workload to deliver relief to areas in need.

“We’ve received some funding from the Minnesota Council on Foundations and other donors, along with some of our own money, to put together $255,000 for recovery grants for early childhood care,” said Penny, a former Congressman. “With that, we were able to put 520 grants out the door, roughly 480 to in-home providers and the others to center providers.”

According to Rae Jean Hansen, SMIF vice president for early childhood, the grants were only able to cover about one-third of the providers who requested relief funding.

“We had to cut off the funding once we ran out, but we have been trying to support them in a lot of different ways,” Hansen said. “Many are struggling with having less kids while gaining additional expenses, it’s an every day kind of changing thing.”

One of the programs SMIF has been able to offer has been a series of virtual trainings to help providers keep up with their ongoing education requirements. The final piece of this first round of trainings concluded Thursday, though they are looking to do more in the near future.

“The social and emotional impact on the families and the kiddos has just been hard to manage,” Hansen said. “We do have a current grants program right now to address some issues using $200,000 of funding from the Minnesota Department of Education, but we know we will be overwhelmed with requests, so we are looking at partnerships moving forward to help meet the needs out there.”

Penny said SMIF is hoping to do another round of grants for early childhood education providers early next year, though it may depend on if Congress is able to pass another stimulus package.

Klobuchar also asked how small businesses are faring. Penny said SMIF received some Coronavirus Aid, Relief, and Economic Security (CARES) Act dollars from the state to assist small businesses, but they were only able to help about 900 of the 5,000 applicants.

“We are working on getting the final grants out the door for that program, and in total we’ve provided about $9 million in help over the last month,” Penny said. “But the need is about five to six times greater than the funding that was available.”

Pam Bishop, SMIF vice president for economic development, said some of the greatest needs she saw from businesses aside from needing help with paying bills came in the forming of e-commerce needs. She said many applications asked help learning about technology and bringing their businesses online.

“We had to figure out how we could help educate and bring people the knowledge of how the pandemic is changing how business happens,” Bishop said, adding that the Prosperity Initiative specifically looked at helping bring minority business owners online. “These individuals are still trying to grow and expand and many do not have access to the simple technology needs we take for granted now.”

On Thursday, the senator took a few minutes to talk with mayors and city administrators from four southern Minnesota cities. Klobuchar held the virtual event as a way to get a sense of the needs in greater Minnesota amid the pandemic as she continues to lobby for a new federal stimulus package.

Faribault Mayor Kevin Voracek and City Administrator Tim Murray were on the call, along with city leaders from Austin, La Crescent and Windom.

Klobuchar opened up the call by saying she believes that residents of greater Minnesota and other rural areas across the country haven’t gotten enough attention from policymakers, due largely to case counts that have stayed lower in rural areas. In addition to rising case counts, Klobuchar noted that the rural hospitals and small businesses which form the economic backbone of many southern Minnesota have been put under particularly grave distress by COVID-19.

In Austin, longtime Mayor Tom Stiehm lamented that many small businesses have been forced to shut down, in some cases for good. Others have been so desperate to open back up that they have failed to adhere to COVID-related guidelines.

“It’s been a tragedy for a lot of people,” he said. We’re not here to put businesses out of business, but we will demand compliance when it comes to state masking guidelines.”

In Faribault, several local bars and restaurants have been forced to close amid the pandemic, including one of the city’s most iconic establishments, Grampa Al’s. Klobuchar said that beefed up testing could help the state to reopen safely and is something lawmakers should prioritize in any stimulus.

“It shouldn’t just be the NBA or the Big 10 that’s doing that testing,” she said. “Having enough testing so everyone can do it could make a big difference.”

Compounding the issue are the unsolved issues greater Minnesota has faced in recent years with affordable housing, childcare and access to high speed internet all lacking. Providing assistance in those areas could go a long way toward helping families get through the pandemic, Klobuchar added.

As a silver lining, Klobuchar noted that the pandemic has led to a rapid increase in the use of telecommuting, as well as online learning and telemedicine. She said that as long as region has the broadband infrastructure to accommodate it, the pandemic could open up new opportunities for rural communities to grow.

“People across the country could start to realize that they can enjoy the benefits of their small towns, while still doing jobs in other places,” she said.

Voracek, along with the other mayors, delved into how Faribault has utilized the CARES Act’s funding for the betterment of the community. Faribault, which received almost $1.8 million in CARES Act dollars, moved as quickly as it could to assist struggling businesses.

Additional assistance was doled out, with another $150,000 for small businesses, $400,000 for local nonprofits and $200,000 in direct housing assistance. Even after all of that, the city still had about a $500,000 remaining, which it put toward public safety and other eligible expenses.

Voracek said that by supporting local businesses, the city moved to ensure its tax base would remain strong in future years. He also praised local manufacturers for taking the pandemic with the utmost seriousness, highlighting Daikin Applied’s policy of shutting its factory down for a “deep clean” after a positive test.

Murray noted that the impact has been felt differently by businesses within the local economy. On one end of the spectrum, Murray noted that Trystar, a manufacturer of temporary electrical power units, has moved into a roomy new facility amid record sales.

On the flip side of the equation has been the city’s hospitality industry. Overall, Rice County has one of the largest hospitality industries in southern Minnesota, but funding provided by the state and federal government has not been enough to prevent the industry from weathering severe damage.

“Our restaurants, bars and hotels are really hurting,” he said.

Voracek closed out the call by thanking the senator for her efforts to get funding for rural broadband initiatives that are particularly needed in the age of telecommuting, online learning and telemedicine. He noted that without that aid, expansion of broadband in low population areas is often impossible for companies and their partners in local government to afford.

For her part, Klobuchar promised to fight for a robust program of assistance for local governments in any federal stimulus. However, she noted that negotiations between President Donald Trump, a Republican-controlled Senate and a Democratic-majority House have failed to produce consensus.

House Democrats have pushed for and passed a bill of more than $2.2 trillion in stimulus, which would include aid for local governments. However, Senate Republicans have only been willing to agree to a roughly $500 billion package that doesn’t include that funding.

Notably, President Trump has in recent days favored a larger stimulus closer to that preferred by House Democrats than the one backed by his fellow Republicans. Regardless of where negotiations end up, Klobuchar said it’s very likely that any agreement would have to include support for local governments to secure bipartisan support.

“We’ve got the head of the Federal Reserve say it would be tragic if we didn’t have a bill,” she said. “We need a bridge to where we have a vaccine.”

Southern Minnesota Initiative Foundation is a donor-supported foundation that invests in economic growth in the 20 counties of south central and southeastern Minnesota. SMIF’s key interests include economic and early childhood development and community vitality.