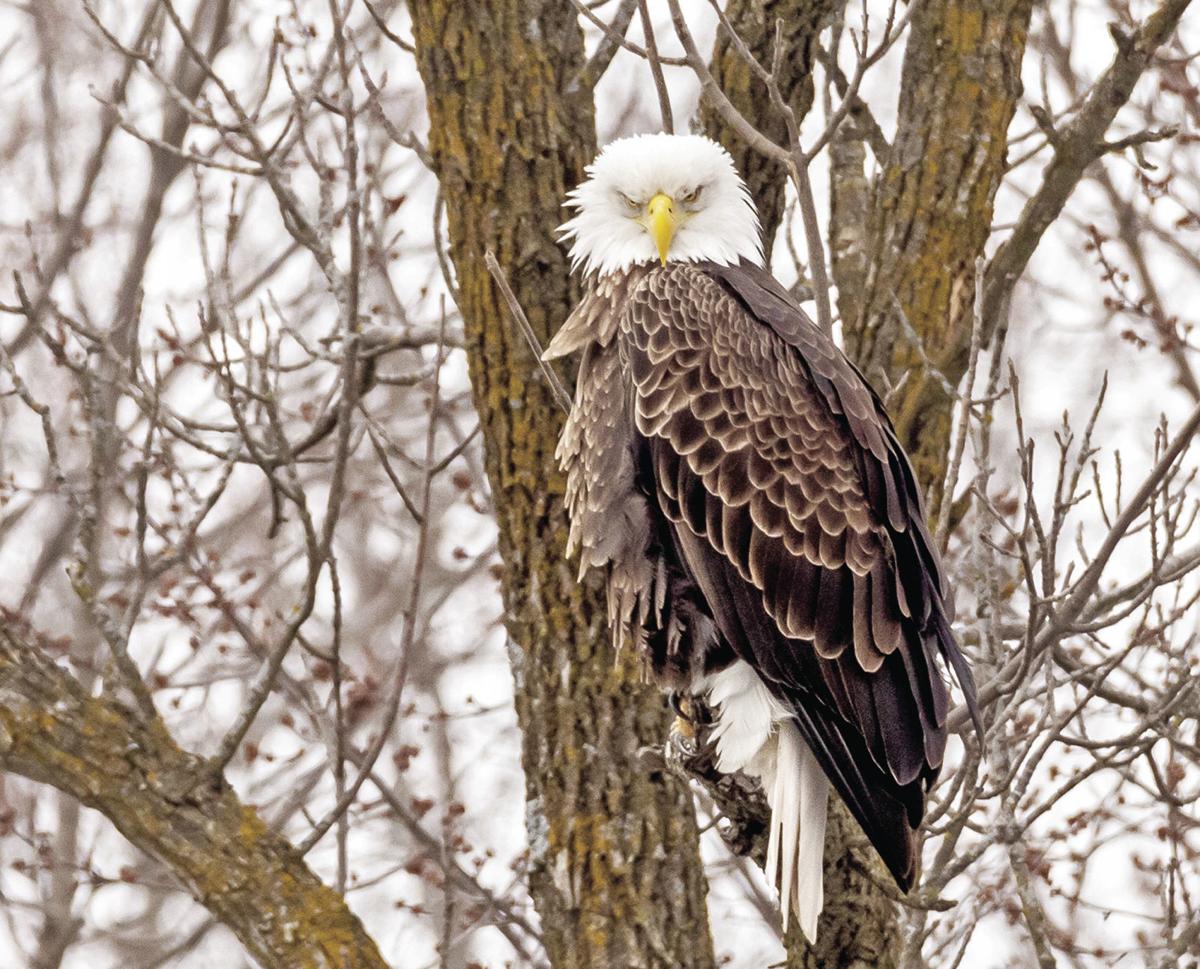 A dedicated nurse by career, Stephanie Guzman of Owatonna has found her true passion in photographing bald eagles, something she says gives her heart peace in an otherwise chaotic world. 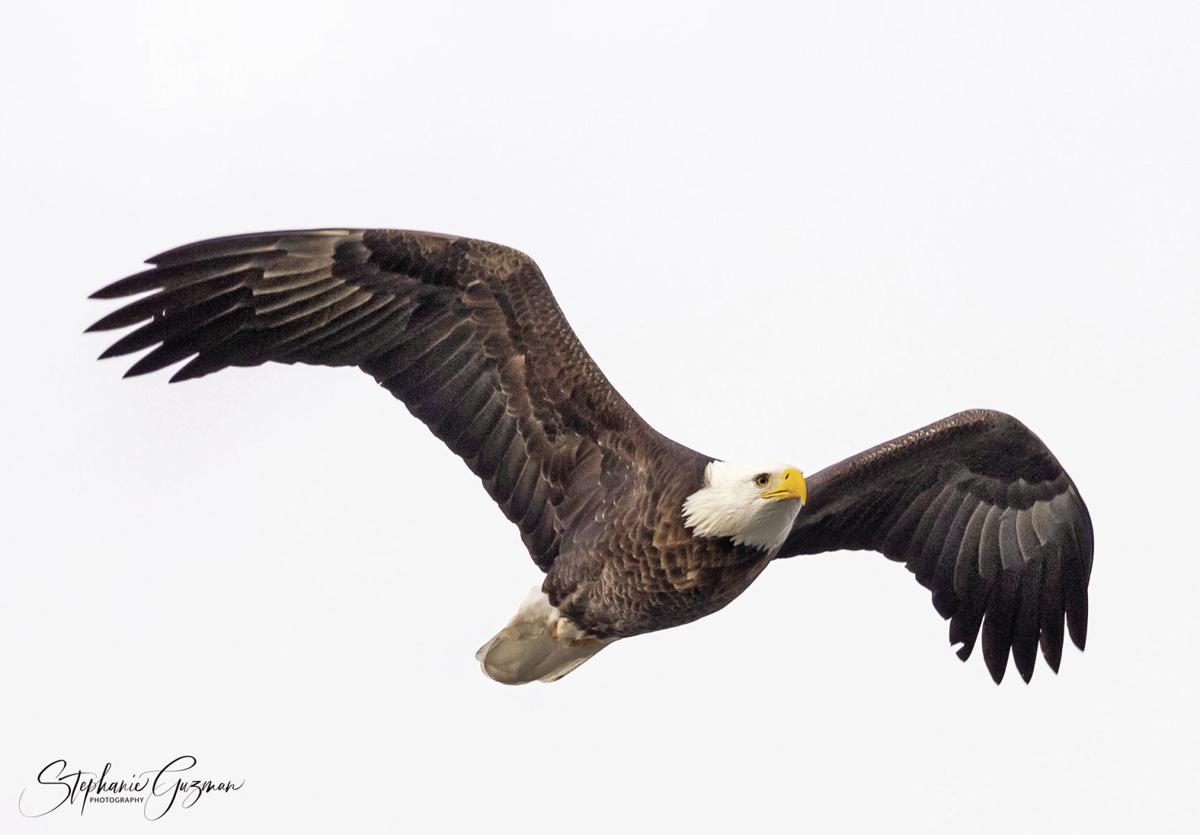 Stephanie Guzman said that the first bald eagle she photographed in Owatonna, shown above, she found after hiking the trails near Lake Kohlmier for more than two hours. (Photos courtesy of Stephanie Guzman) 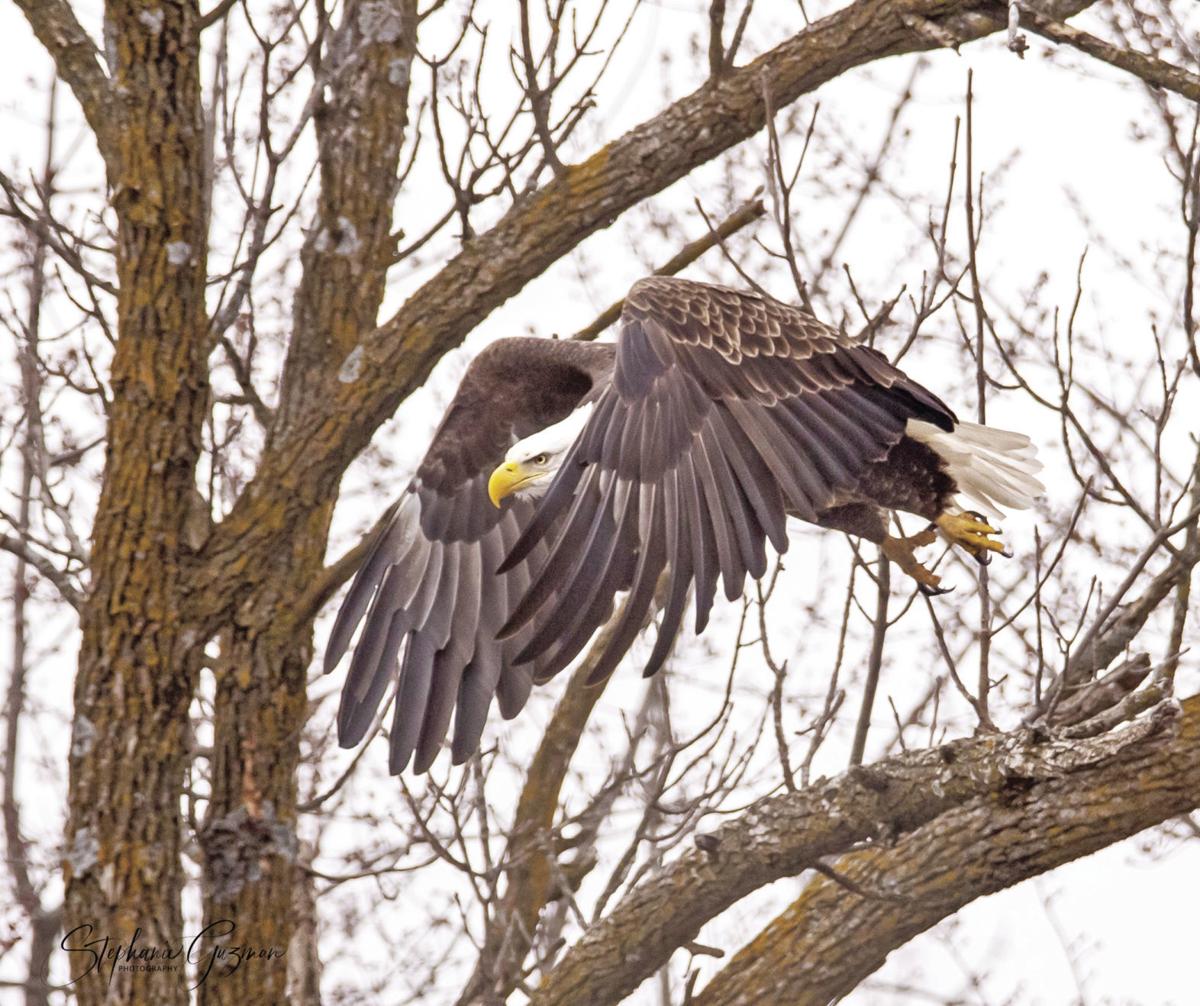 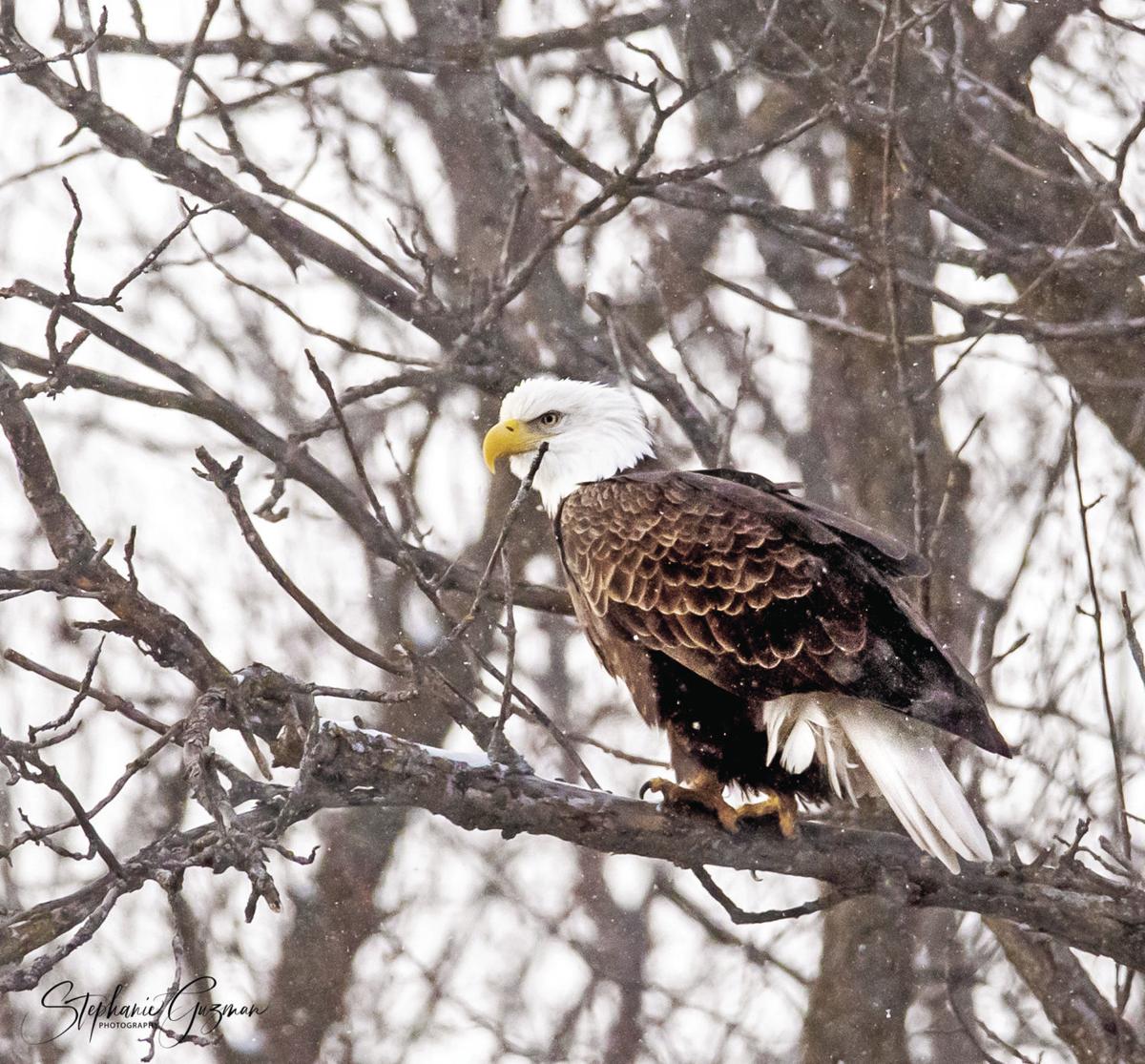 A dedicated nurse by career, Stephanie Guzman of Owatonna has found her true passion in photographing bald eagles, something she says gives her heart peace in an otherwise chaotic world.

Stephanie Guzman said that the first bald eagle she photographed in Owatonna, shown above, she found after hiking the trails near Lake Kohlmier for more than two hours. (Photos courtesy of Stephanie Guzman)

OWATONNA — After long shifts on her feet helping patients and putting out metaphorical fires as a nurse, Stephanie Guzman of Owatonna finds serenity not in long hot baths or extended naps, but by chasing down her new passion.

With a camera lens in tote that is almost as large as she is, Guzman spends her time off between shifts wandering the parks and trails of Owatonna for countless hours, seeking out what she believes to be the most beautiful creatures in the wilderness.

“I’ve become obsessed,” Guzman laughed as she scrolled through her most recent snapshots of the bald eagles she has located in Owatonna. “They are a symbol of our nation and a symbol of unity. I just find such hope in them.”

Photography has always been an interest for Guzman, but she admits that she never took the time to learn much about it. After her husband gave her a camera about a year ago, she said she first started experimenting with her new hobby by photographing her son’s baseball games.

“I would take just thousands of photos and put them on this Facebook group I started for the parents,” Guzman explained. “I thought that maybe I could be the unofficial team photographer.”

When baseball season came to an end, however, Guzman admitted that she was unsure of what she was going to do next. In July, during a family trip up north to their cabin, Guzman found herself hanging out on the end of the dock taking frantic photos of the birds flying by.

“I had no intention of becoming the bird lady,” she laughed. “But I was instantly hooked.”

During that same trip, Guzman photographed her first family of bald eagles. Becoming infatuated with the majestic birds, she spend the rest of her summer taking trips up to the cabin to capture a few more frames of her feathered friends.

As the summer started winding down, Guzman said she knew it wouldn’t be feasible to continually drive up north to photograph the eagles. She had heard rumors of some bald eagles hanging around the Owatonna area, so she made it her mission to find them.

“I started checking out the Kaplan’s Woods area just hiking up and down the river,” she said. “I don’t know if people realize how wonderful our parks and trails system is, but after about two hours I was ready to give up and decided to check out Lake Kohlmier one last time.”

“Just like that, one flew over me and headed toward the boat landing,” she continued, adding that she quickly jumped into her car and drove over by the landing to catch a few shots of the bald eagle she spent hours trying to locate. “I cried. It was so amazing and stunning.”

Since that day, Guzman has accumulated thousands of photos of at least two different bald eagles in the Owatonna area. Sometimes she sees them together, sometimes she will only see one, but every time she says they take her breath away.

“With all the chaos in the world, you need something that can bring you peace and calmness,” Guzman said. “My life is the complete opposite of still and quiet, which is why I need this so much.”

During one of her excursions through Morehouse Park, Guzman said that a couple informed her that the pair of eagles have already been named Ozzie and Harriet. Finding the names to be perfectly fitting, Guzman asserts that whenever reality starts to get a little too crazy, you can find her wandering around nature looking for her new favorite couple.

“It seems that whenever I’m about to give up, they find me,” Guzman said with a broad smile. “Something in my belly tells me that something big is about to happen, and when I finally see them they still take my breath away.”