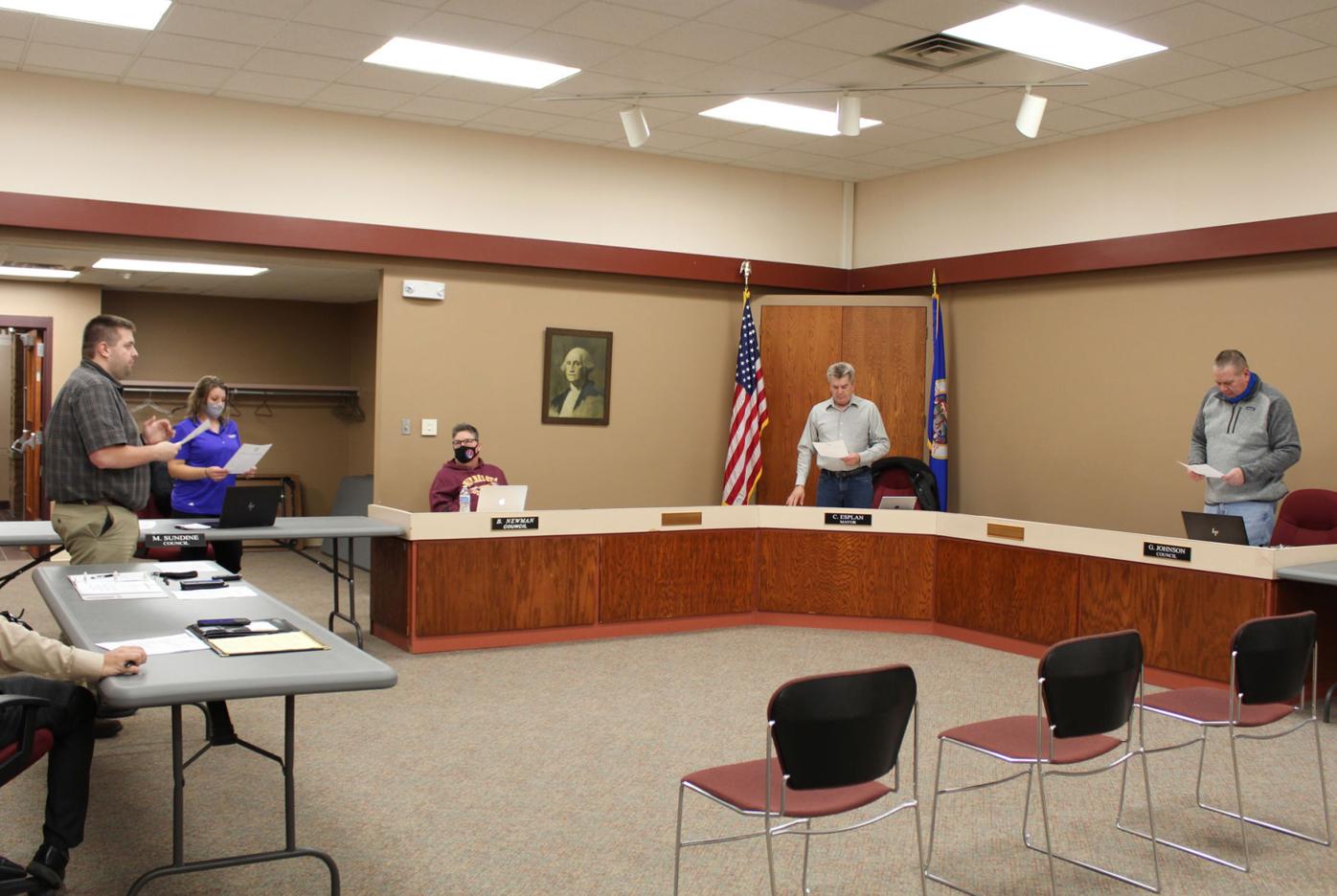 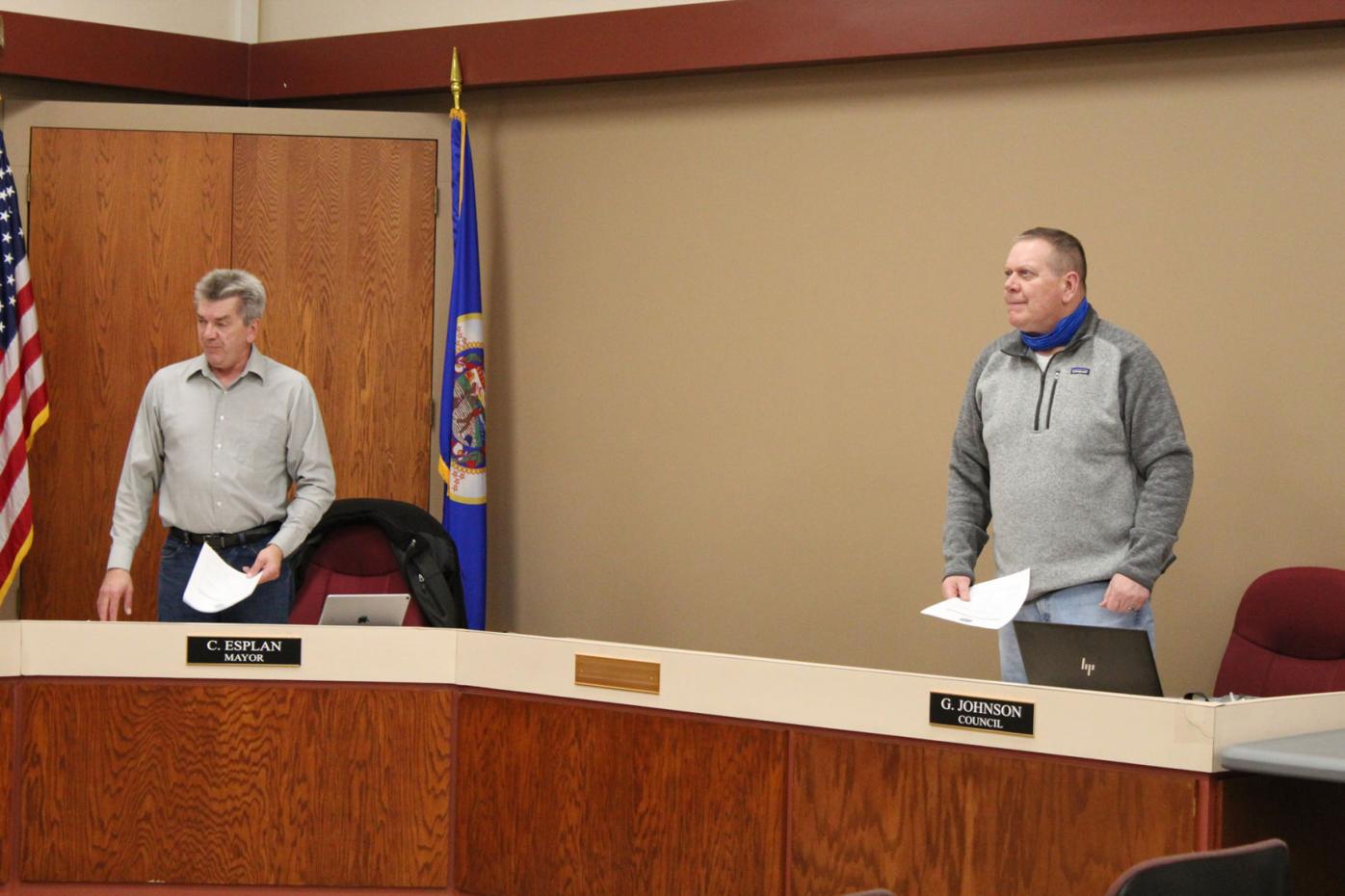 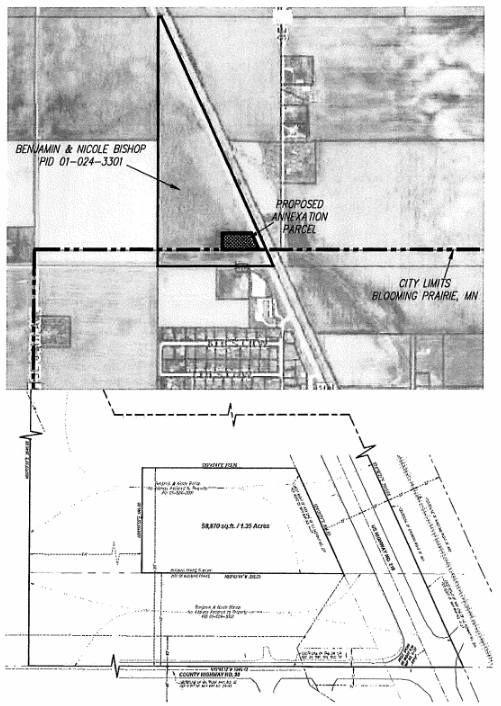 This image shows the planned area of annexation. (Photo courtesy of the City of Blooming Prairie)

This image shows the planned area of annexation. (Photo courtesy of the City of Blooming Prairie)

The Blooming Prairie City Council has set a public hearing on the potential annexation of land into the city for a prospective Dollar General store.

The public hearing will be held at 7 p.m., Monday, Feb. 8 to discuss the proposed joint resolution and orderly annexation agreements regarding the partial annexation of a plot of land into the city limits. The council set the public hearing during its meeting Monday.

The dollar store is looking to purchase land on the corner of State Highway 30 and Highway 218 to build on, however part of the property is just outside the city limits and in Blooming Prairie Township. About 1.35 acres of land has been requested to be annexed in, according to City Administrator Andrew Langholz.

Langholz said the city has heard some concerns from residents about allowing Dollar General into the area, worried that the store could take away business from other local businesses. He wanted to make it clear that the city did not seek out this store, but if a business is set on a location near the city, it’s in Blooming Prairie’s best interest to annex the parcel into city limits.

There is still quite a bit of legwork before locals could see the store, including officially combining the two parcels of land at the county level. City Attorney Jason Iacovino has drafted an annexation agreement, but it has not been approved by the township or the city as of yet.

The property owner of the parcel to be annexed is complying with the necessary steps of annexation, prior to the developer’s purchase of the land. Langhholz said he met with Blooming Prairie Township officials to discuss the annexation. He suggested the city handle the annexation process similar to how it handled prior annexation processes.

“In 2020, the council agreed to pay Westfield Township the amount of taxes they would lose for the next six years, by using the current years’ tax portion to the township,” Langholz wrote in a memo to the council.

He said the city will be looking at a similar process in this annexation process. The amount paid to the township would be much less because the land is currently used for agriculture. Cities are taxed at higher rates than townships, and thus the city would still be benefited throughout those years. If annexed in, the city can increase its tax base and spread the tax levy to an additional commercial property.

“Typically you don’t want a business on the outside of the city limits, you’re not getting any benefit from them,” Langholz said.

The store will have to provide its own water and sewer, but Blooming Prairie Police Department services would be available to the store.

Other action items at the meeting include swearing in two new city councilors, Marcy Sundine and Greg Johnson. They have taken the seats of longtime council members Mary Kittelson and Tara Gimbel. Sundine will be serving on the Economic Development Authority Commission and Johnson will be serving on the Fire Commission, according to the meeting memo. Langholz also informed the public that the Minnesota Department of Transportation’s Highway 218 project has been delayed until 2024.