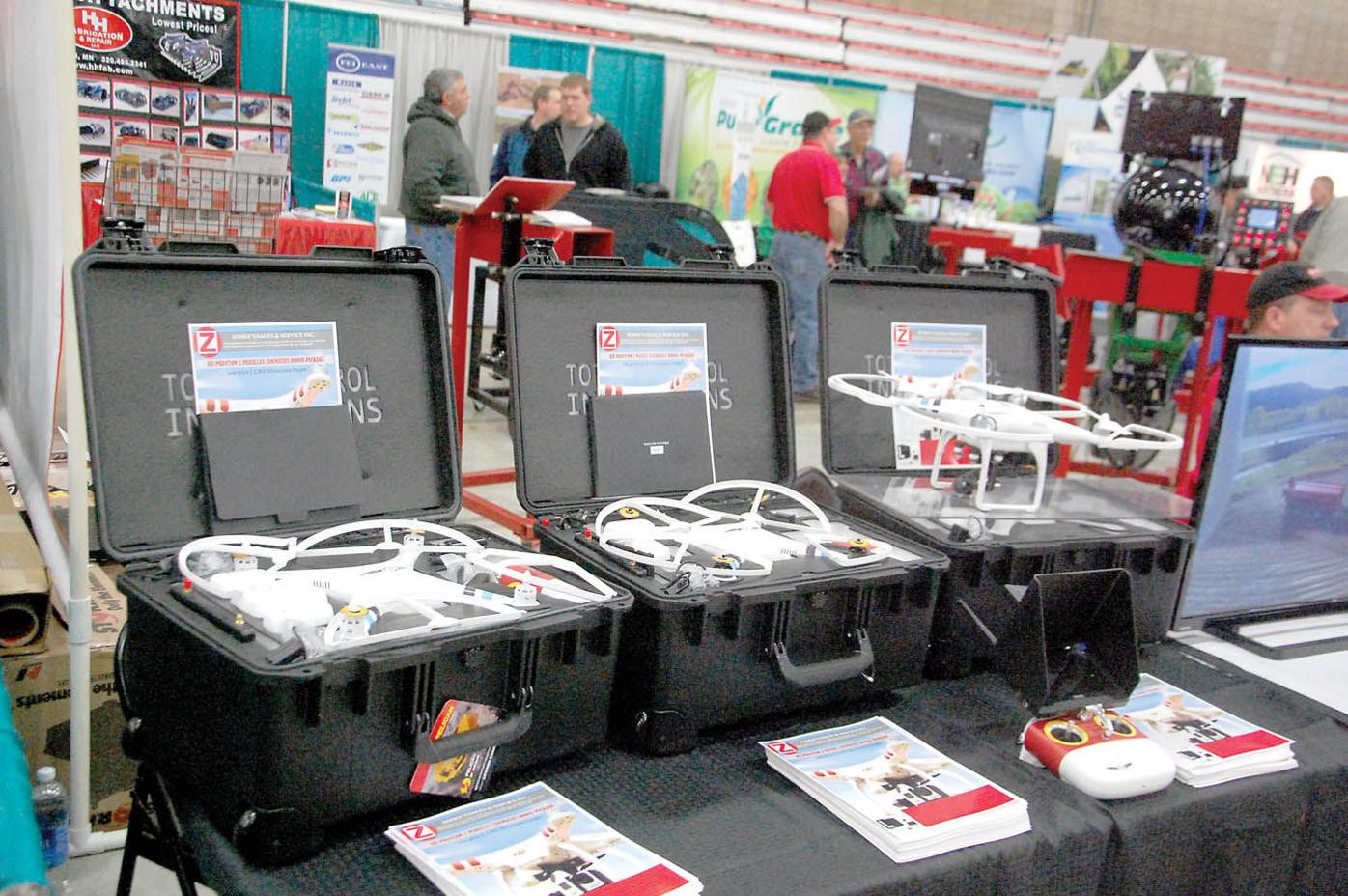 Agricultural drones await buyers at the North American Farm and Power Show in February at the Four Seasons Centre. Unmanned and piloted aircraft are crossing paths more and more in the skies all over the country. (Press file photo) 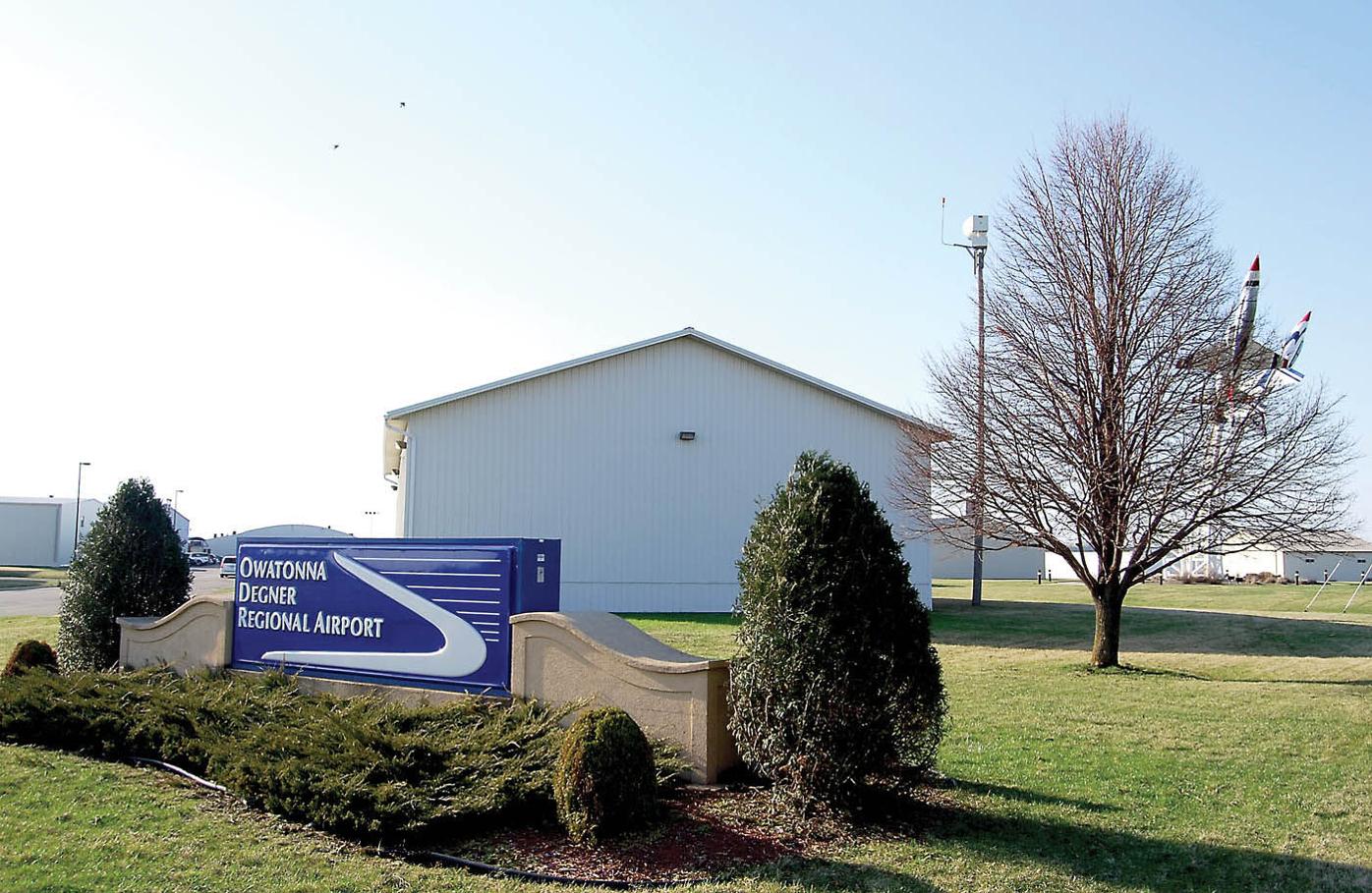 Owatonna Degner Regional Airport Manager Dave Beaver says local pilots have yet to report any drone spottings, but that the airport is ready to work with MNDOT to consider requests from anyone hoping to operate unmanned aircraft near their airspace. (Press file photo)

Agricultural drones await buyers at the North American Farm and Power Show in February at the Four Seasons Centre. Unmanned and piloted aircraft are crossing paths more and more in the skies all over the country. (Press file photo)

Owatonna Degner Regional Airport Manager Dave Beaver says local pilots have yet to report any drone spottings, but that the airport is ready to work with MNDOT to consider requests from anyone hoping to operate unmanned aircraft near their airspace. (Press file photo)

OWATONNA — A flood of new flying tools and toys is forcing local and national officials to prepare new policies to keep everyone safe in the sky.

They’re called drones, unmanned aerial vehicles or systems, and they’re a booming business, but the new technology is not without friction. Just in the past week, the Federal Aviation Administration announced that sightings of drones by pilots have skyrocketed this year to more than 700, including some nearly avoided collisions, and in California, a man was briefly arrested after he threw a T-shirt at a drone hovering over him and his friends on a beach.

So far this year there have been six drone sightings by pilots in Minnesota, most recently on Aug. 15 when a drone came within 50 feet of a helicopter in St. Paul. All the reports are in the metro area, but Owatonna Degner Regional Airport Manager Dave Beaver said it’s only a matter of time before drones and aircraft are competing for airspace in southern Minnesota as well.

“I’m not seeing a lot of issues at this point, but I’m anticipating it will grow,” he said. “We’re aware of it, we’re working with [the Minnesota Department of Transportation] to address requests for drones in our airspace, although we haven’t had a lot of those.”

Drones fall into two broad categories: hobby and commercial. Hobby drones are treated under the law much like remote control aircraft, and can only be flown during the day, at low altitudes, and generally away from airports and manned air traffic. Commercial drones, which range from farming tools to photography platforms, receive much more scrutiny, according to Director of Aeronautics Cassandra Isackson of MnDOT.

“If someone is using a [unmanned aerial system] for other kinds of activity — a lot of farming types of activity would not be considered hobby, certainly if you were engaged in commerce in some way — then a person would need to go to FAA,” she said. “There are regulations they need to follow where they would need to apply and register at the federal level.”

There are further requirements at the state level for operators who have registered their drones with the FAA, including licensure and insurance regulations. That might be part of why the Star Tribune recently reported there are only four registered commercial drones in Minnesota. Isackson said many operators might just not realize they are required to register their drones used for farming and similar purposes.

“They certainly should reach out to FAA, say here’s what I want to use this for, and FAA would tell them if what they want to engage in would require [a permit],” Isackson said.

Nor are the regulations set in stone. The FAA Modernization and Reform Act of 2012 set a target for this September for the agency to develop comprehensive new rules for drones. The agency held a comment period on proposed rules from February through April of this year, although final rules have not yet been announced.

Beaver is hoping the new rules clear up many of the grey areas currently surrounding drone usage.

“The FAA hasn’t really figured out how to integrate all that expected activity into the national airspace system,” he said.

A few cities, including St. Bonifacius in Minnesota, have enacted their own rules restricting or banning drones, and the National League of Cities has guidelines for cities seeking to implement a drone policy. But until laws and regulations catch up with the explosive growth of drone aircraft, operators are advised to keep a wary eye on the surrounding skies.

“It’s interesting because it’s new tech, it’s expected to really grow quickly, and [it’s difficult] to find a balance between hobby use and commercial use and also safety both with manned aircraft and privacy concerns,” Beaver said.