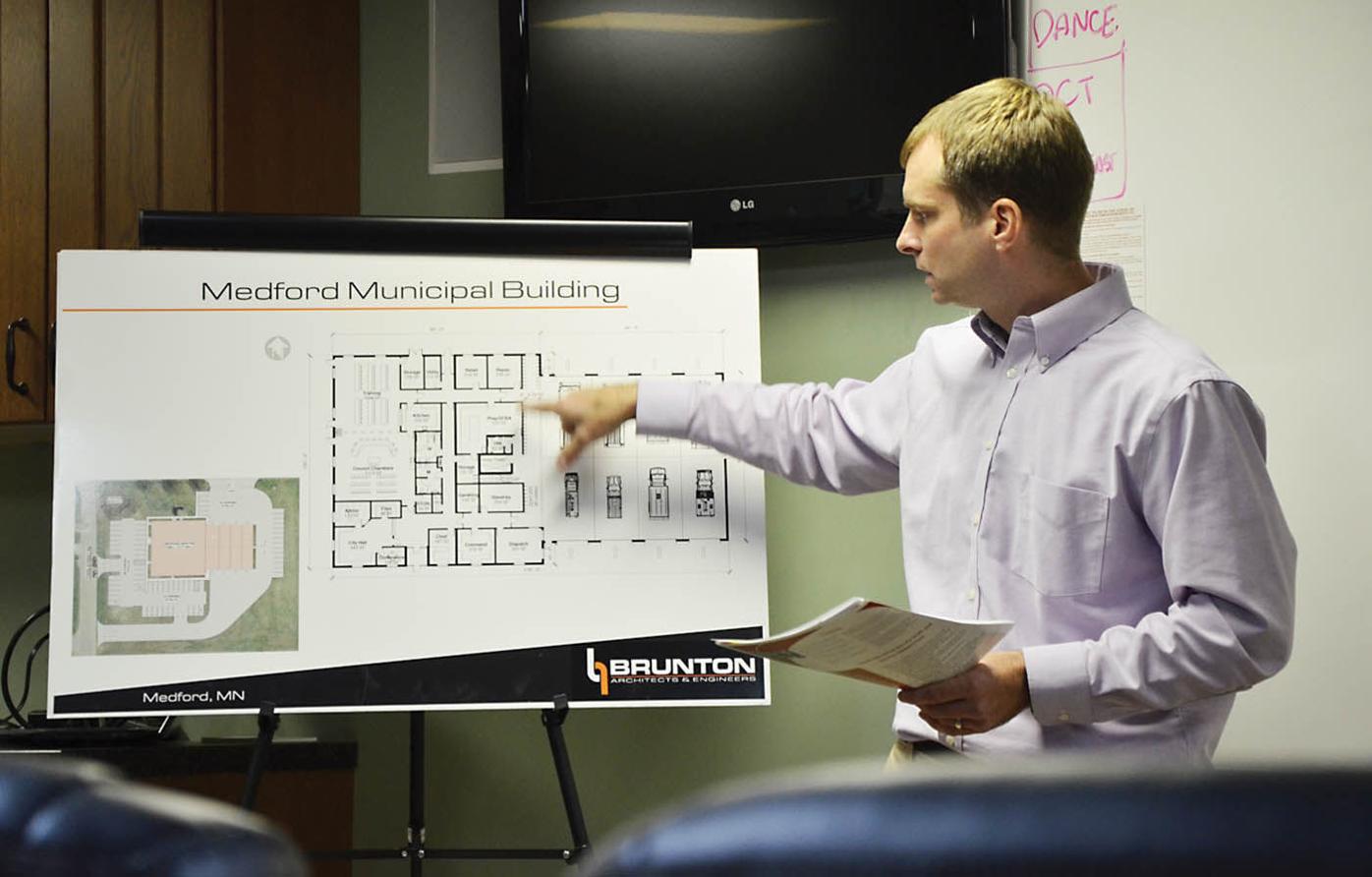 Medford City Administrator Andy Welti in October 2016 explains the layout of the proposed $3.95 million municipal complex, including city hall and fire hall. When a referendum on the project failed, city leaders turned their attention to other concerns. (File photo/southernminn.com 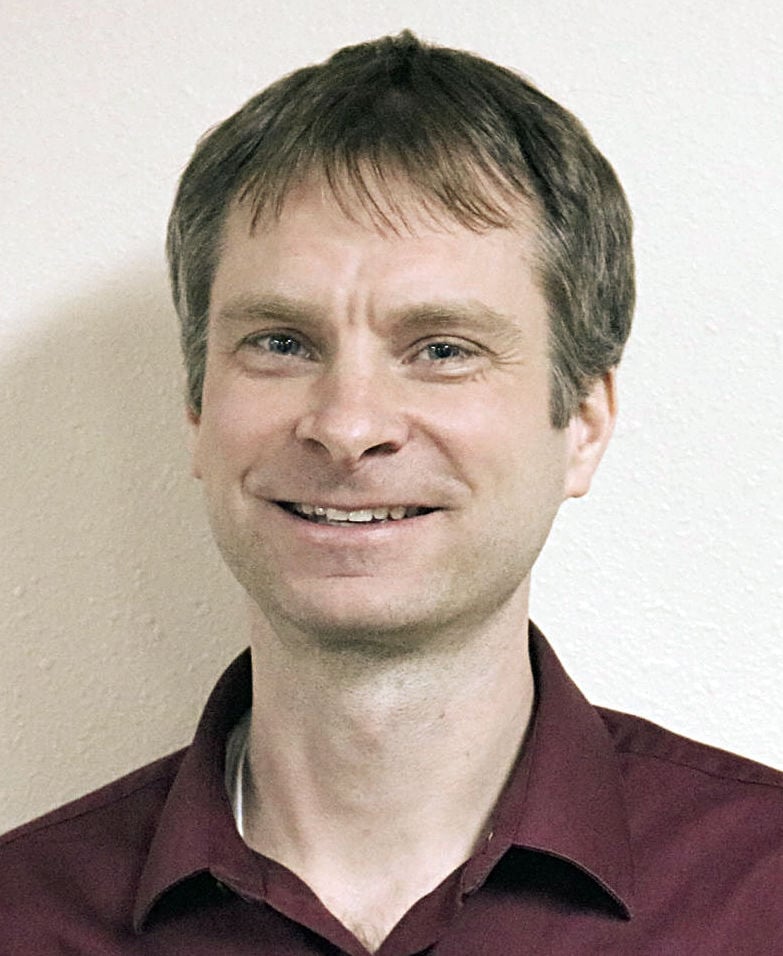 After a six-year tenure, Medford City Administrator Andy Welti has submitted his letter of resignation.

Medford’s City Council is expected to consider Welti’s resignation at a meeting Monday (Dec. 28) night, along with the pathway forward. It will be the last meeting before Mayor-elect Danny Thomas and two new members of the City Council are sworn in next week.

A Plainview native, Welti graduated from Minnesota State University, Mankato with a bachelor’s in secondary social studies education and an emphasis in geography. After graduation, he returned to his hometown and ran for a seat in the Minnesota Legislature.

Welti went back to school to get his master’s in public administration, and began working through Community and Economic Development Associates, also known as CEDA. Through CEDA, Welti helped Medford to put together its Comprehensive Plan in 2014 and was later hired as interim city administrator after the departure of Heather McCallum. In 2015 he was confirmed as the city’s full-time administrator.

Welti didn’t have much to say about where he’s going next, but the outgoing administrator expressed gratitude for the opportunity given to him by thecCity of Medford. During his tenure, he helped to create and implement ambitious plans for the city.

“I want to thank the city of Medford for allowing me to serve as admin for the last six years and I wish it the best in its future endeavors,” he said.

Mayor Lois Nelson, who was defeated in her bid for a fourth term in November, worked closely with Welti throughout her tenure. When she was re-elected to a second (non-consecutive) term in 2012 she faced major challenges, including a steep deficit.

Thanks in part to Welti’s leadership, Nelson said the city made significant progress in improving its finances through a finance plan, as well as implementing a detailed and effective capital and street maintenance plans.

Welti kept his eye on the ball with larger projects as well. In the early part of his tenure, the council pushed hard for a $4 million municipal building to provide a community gathering spot and much needed space for the city’s Fire and Public Works departments.

However, voters in 2016 rejected a referendum that would have paid for the project with a 30% hike in property taxes by an overwhelming margin. Efforts to get bonding dollars from the state were also unsuccessful.

Nelson said that the city is continuing to work on the project, but for now its primary focus has shifted to more imminent needs. In particular, the city is looking for a solution for its wastewater needs, as the city is currently saddled with an old and inadequate plant.

A proposal to send wastewater to Faribault’s treatment facility has won support from city leadership because according to estimates cited by Welti, hooking into Faribault’s treatment plant could save Medford some $1.5 million over other options. According to an analysis released this fall by engineering firm Bolton & Menk, the impact on Faribault’s wastewater plant would be modest, allaying some concerns on the Faribault side that the project could inhibit future city growth.

While no state assistance has yet been requested to cover upfront expenses, the project was a topic of discussion when members of the Senate Capital Investment Committee visited Faribault late last year, with both Welti and Nelson briefing senators on it.

Another key initiative has been the construction of Main Street/County Road 45 through the city. The project is a joint initiative with Steele County, with the county covering 75% of the costs and the city responsible for the remaining 25%.

Welti and Nelson pushed hard for the city to invest in the project now, citing abnormally low interest rates. However, the rest of the council declined to move ahead with the project until the new council is sworn in next month.