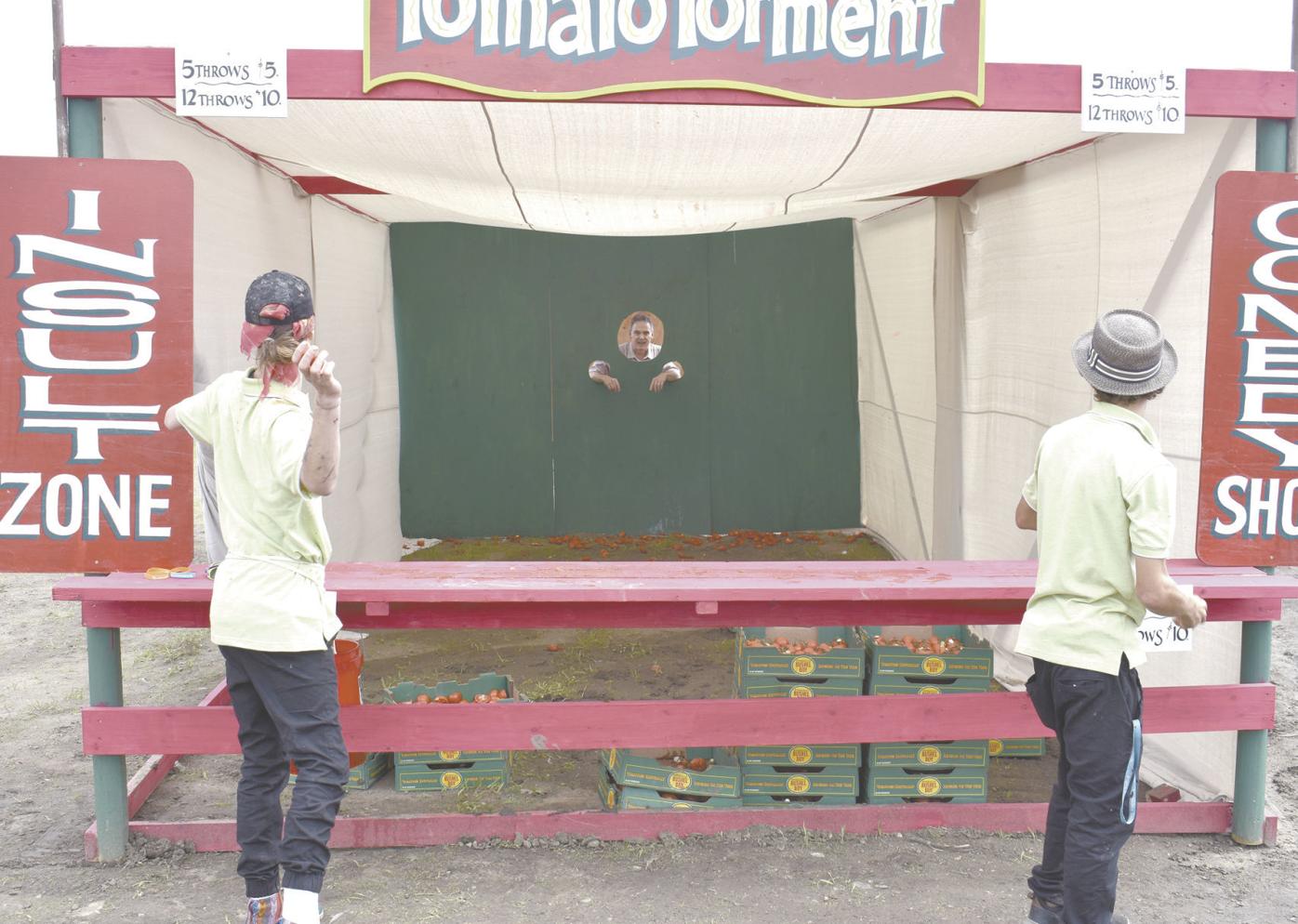 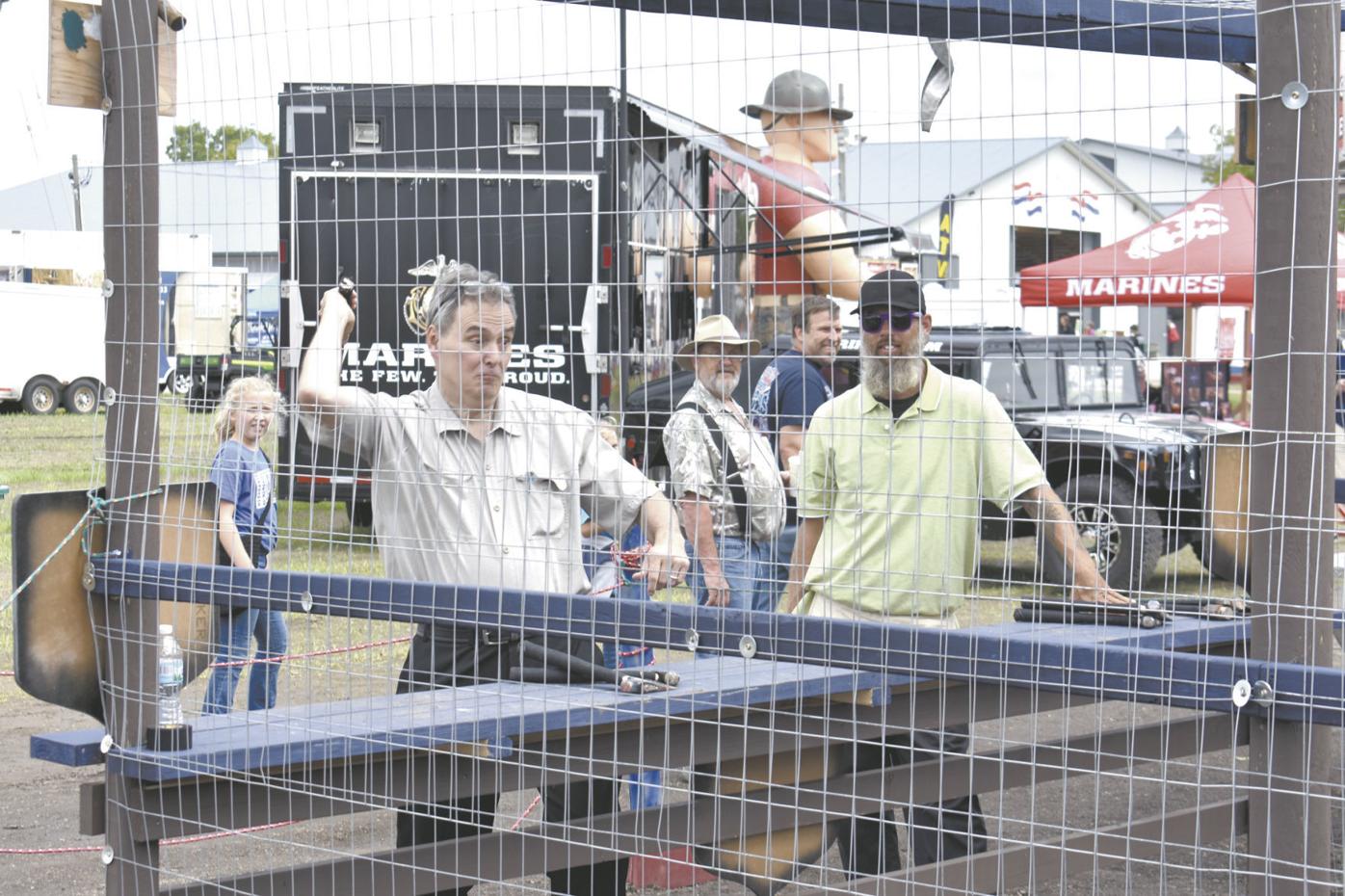 I suppose it’s my ego kicking into to overdrive, but I’ve always fancied myself something of a Renaissance man. Yet, what the Steele County Free Fair has shown this week is that I’m not — or at least not the high-caliber Renaissance man that I always hoped I would be.

Bear with me on this one.

One of the new attractions to the fair this year — positioned appropriately on the newly opened plot of land that had once been home to the north end of the race track — is a group of attractions dubbed “Renaissance Village.” And the idea behind it is to give those of us in the 21st century a bit of a taste of what it might have been to live in the Renaissance.

For those of you who have forgotten your world history and don’t have Google handy, the Renaissance was a time in Europe, roughly from the 14th century to the 17th century, in which the continent moved out of the Middle Ages and into a time of cultural rebirth.

I was hoping for a cultural rebirth when I visited the Renaissance Village. And I did get a taste of it, though mostly I just confirmed that I’ve lost my throwing arm and don’t really like having things thrown at me.

Renaissance Village — the one at the fair — is produced jointly by Kingdom Games, LLC, and the Shakopee-based Mid-America Festivals, the same company that brings the Minnesota Renaissance Festival every late Summer, early Autumn.

Under the guidance of Noah Horsman, Kingdom Games brought a miniature version of what it produces for the Renaissance Festival here to Owatonna and the Steele County Free Fair.

Horsman, who’s from Tea, South Dakota, told me that he’s been involved in various Renaissance festivals around the country since 2006. It keeps him busy and traveling to about 15 festivals each year, stretching from Florida to Ohio to Connecticut to Nebraska and to Minnesota, of course, among other locations.

Oh, and yes, when he’s at the Renaissance festivals he will speak to visitors saying, “M’Lord” and “M’Lady.” But not to worry. They shun those formal addresses when at the Steele County Free Fair.

So what do they have to offer at the fair here? A lot of fun, that’s all. There are a couple of rooms you can go into and be locked in with your friends — one of the rooms with a King Arthur theme and one with a Romeo and Juliet theme. Your goal? In 10 minutes you have to find the secret on how to get out.

I was in the King Arthur room, knowing that I had to find the sword — I doubt it was the real Ex Caliber, but you never know — and put that sword in a special place, thus unlocking the gate.

My solution to finding the sword was to fall on the ground and beg and plead, which really wasn’t that helpful. Horsman showed me where the sword was hidden and the trick to getting to it, which I promised not to tell. And I won’t. Hey, the man has access to a sword, for heaven’s sakes. The last thing I want to do is to get on his bad side.

And it’s not just swords he has access to. He also has bow and arrows to shoot and axes to throw.

I tried my hand at both the archery booth, quickly discovering that I am not now nor will I ever be Robin Hood, and the ax-throwing booth, discovering that axes are things that I grind not throw.

The axes are real axes and the bows and arrows real bows and arrows, evidenced by the fact that I managed — somehow either by the grace of God or by being Fortune’s friend — to get one of the axes to hit and stick in the plywood they held the targets and an arrow or two to stick in the bales of hay on which the archery targets were positioned.

Mind you, I didn’t actually hit the targets, but I came close to almost hitting them.

What I also discovered was that the problem was not in my stars but in myself — more specifically in a 61-year-old throwing arm that is desperately out of shape. And I really discovered that at my favorite attraction at Renaissance Village — the Tomato Torment. The idea is a member of the village staff — something akin to a heckler — sticks his head and hands through some plywood down at the end of the booth and insults and taunts you while you try to chuck tomatoes at him. The tomatoes, supplied by Bushel Boy (and no, I’m not making that up), are really juicy and not as easy to throw as you might think. At least that’s the reason I’m giving for my errant throws that had a worse slice on them than my golf swings.

So being the fool that I am, I challenged them and let them throw tomatoes at me while I hurled insults at them.

Apparently my insults did not quite have the sting on them that Logan Christenson — the staff member — had on the insults he hurled at me. At least that’s the only reason I can figure out that both he and Horsman took it easy on me, landing a few very close to my head, but never hitting me directly.