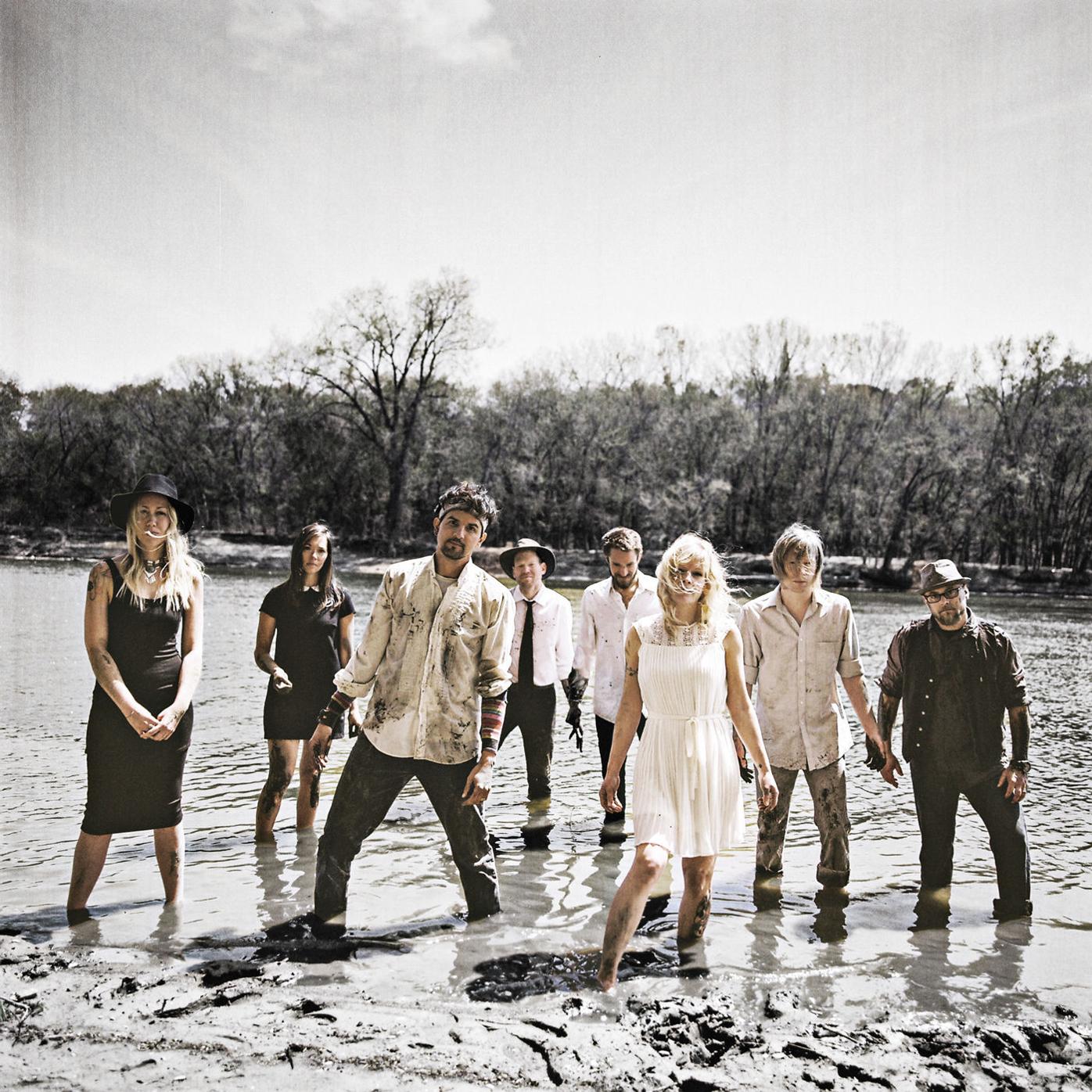 Cloud Cult is screening the band’s film, “The Seeker,” around the country, and they hope to bring it to Owatonna for a 7 p.m. showing February 16, but they need to sell enough tickets by Thursday night to do so. Those interested in buying tickets for the movie can do so through the events section of Tugg.com. (Photo courtesy of Cloud Cult)

Cloud Cult originally assumed they would have to do their own acting for “The Seeker,” but they realized in hindsight that would’ve made for “a horrible film,” so they’re grateful they were able to land bona fide actors like Josh Radnor and Alex McKenna. (Photo courtesy of Cloud Cult)

Cloud Cult is screening the band’s film, “The Seeker,” around the country, and they hope to bring it to Owatonna for a 7 p.m. showing February 16, but they need to sell enough tickets by Thursday night to do so. Those interested in buying tickets for the movie can do so through the events section of Tugg.com. (Photo courtesy of Cloud Cult)

Cloud Cult originally assumed they would have to do their own acting for “The Seeker,” but they realized in hindsight that would’ve made for “a horrible film,” so they’re grateful they were able to land bona fide actors like Josh Radnor and Alex McKenna. (Photo courtesy of Cloud Cult)

OWATONNA — Cloud Cult, the acclaimed experimental indie music group with deep Owatonna roots, is hoping to screen their feature film — “The Seeker” — in Owatonna next week.

But to do so, the band needs the help of locals who have long supported it.

Cloud Cult, which consists of musicians and visual artists who paint live on stage as the group performs, is going through a relatively new platform called Tugg to distribute their movie in theaters. The catch is that all tickets must be sold before the film can be screened.

If the band sells enough tickets by its deadline Thursday night — they were about 80 percent of the way to their goal as of Tuesday morning — “The Seeker” will be shown at the CEC-Northwoods Cinema 10 at 7 p.m. Feb. 16, said Craig Minowa, Cloud Cult singer/songwriter and Owatonna native. No tickets will be available at the theater, and — if they fall short of the goal — anyone who bought tickets for the Owatonna showing will receive a full refund.

“The Seeker” has been making the rounds on the festival circuit the past few months, receiving positive reviews from critics and audiences. The public rollout in theaters began last month and will continue through early March. Later this spring and early in the summer, the movie will be released on major digital platforms, like Netflix, iTunes and Google Play.

“We didn’t know what to expect, because it’s an artsy approach,” Minowa said.

Although the film has a clear narrative, there’s no dialogue. The story is told through sweeping visuals and Cloud Cult’s music from its 11th album — also titled “The Seeker” — that was released in 2016.

“It doesn’t fall into a clear category because it’s a unique approach,” he said. However, “we put too much time, attention and heart into it not to share it.”

Entertainment Weekly put it on its “Must List,” and Michael Dunaway, director of programming for the Sarasota Film Festival, named it one of the films not to be missed at the festival. In addition, Joe Neumaier of the Tribeca Shortlist said, “Anyone who’s ever heard echoes of their childhood during times of crisis or contemplation — meaning, anyone breathing — will be utterly swept away.”

Cloud Cult has already secured screenings in three-dozen markers across the U.S., including in Minneapolis, Rochester and Mankato, Minowa said. Because Minowa and his wife, Connie — one of Cloud Cult’s live painters — and drummer Scott West are all Owatonna natives, their friends and families suggested they try to bring the film to Owatonna.

Those interested in making sure the screening happens here can purchase their tickets through the “events” section of Tugg.com in the next few days.

The band was able to land Josh Radnor — most famous for his role as Ted Mosby in CBS comedy “How I Met Your Mother” — to act in the movie. Minowa and Radnor first met at a Cloud Cult show a handful of years ago, and they kept in touch, with Radnor suggesting they ought to work on a film together.

Radnor “is an incredibly good person to be around,” Minowa said. “He dropped everything to do this.”

Minowa is thankful, too, because initially, the band figured they would have to be the actors.

“It would have been a horrible film,” Minowa said.

Cloud Cult tabbed Jeff D. Johnson, a longtime member of the Cloud Cult family, as the director for “The Seeker,” which was shot in rural Wisconsin and Minnesota. Johnson first came into Cloud Cult’s orbit a decade ago as a sound engineer, and he directed “Stories from the Road,” a series of short documentaries about “people we met on the road who really inspired us,” Minowa said.

Most of those who worked on the film had experienced “some major loss in their lives,” so they were “authentic with their feelings,” Minowa said. “It was a great process to go through together for all of us.”

Cloud Cult held off on releasing the film because the band didn’t want it out at the same time as their album, which dropped in early 2016, Minowa said. The band wanted listeners to draw their own mental images based off the album’s songs, rather than having the film as a competing vision.

“We didn’t want to dictate our message,” he said. Cloud Cult’s followers “have personal engagement with the album, and they take ownership of the songs.”

Later this year, around the time the film is released digitally, Cloud Cult will perform the full score in select markets across the country as the film plays behind them. They’ll also then give those in attendance a Cloud Cult concert.

Cloud Cult went on a North American tour after releasing the album and went back on the road almost immediately to take the movie on the film festival circuit.

Cloud Cult is a staple of Minnesota’s indie music scene, and they’ve picked up a national following for their innovative sounds and performances.

The Los Angeles Times observed they are “deserving of loud, boisterous cheers,” while Pitchfork called them, “Insane genius...Records this casually monumental are rare indeed.” Additionally, their 2004 album, “Aurora Borealis,” netted them an artist of the year nomination from the Minnesota Music Awards.

“The Seeker” is a return to the concept albums once so popular among artists, as it tells a story from beginning to end.

“The music industry has changed dramatically, with people cherry-picking one or two songs,” Minowa said, “but with ‘The Seeker’ we want people to pay attention from front to back.”

The album, and by extension the film, tells the story of a woman named Grace, dating to her early years when “she goes through some major challenges,” Minowa said. Ultimately, “she has to overcome that baggage and have a spiritual awakening.”

“In society as a whole right now, there is a lot of hunger for unity, brightness and optimism,” he added. “Our whole intention is to highlight that beauty of humanity and remember the good we can do together.”

Reach reporter Ryan Anderson at 507-444-2376 or follow him on Twitter.com @randerson_ryan