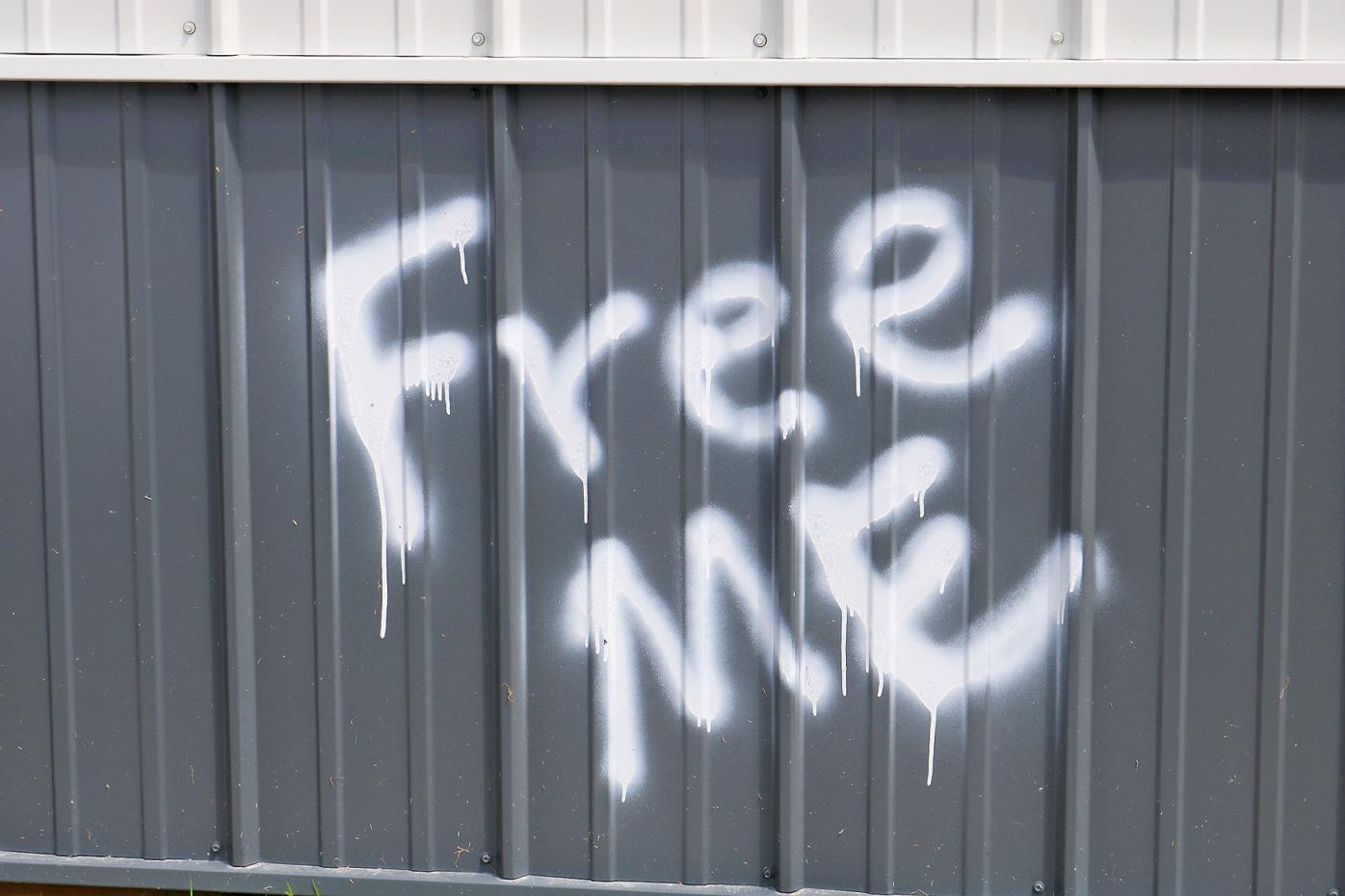 “Free Me” was spray painted on the back of the new cattle barn at the Steele County Fairgrounds sometime during the 2020 Independence Day weekend, one of several acts of vandalism in Owatonna that weekend. Three individuals were charged in relation to the vandalism. (File photo/southernminn.com) 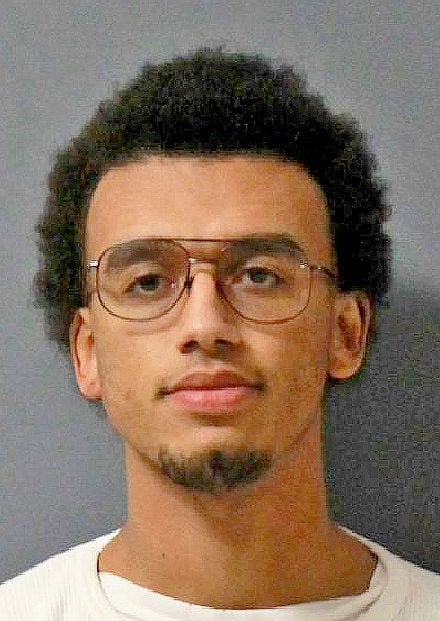 An Owatonna man who took part in the vandalism of the new cattle barn on the Steele County Fairgrounds last summer has been sentenced in Steele County Court.

Isaiah John Meixner, 21, was sentenced Monday to two years of supervised probation and 240 hours of community service for his role in a string of vandalism that took place over the Independence Day weekend last summer in Owatonna. Meixner was originally charged on Aug. 6, 2020, with first-degree property damage, a felony, to which he pleaded not guilty in January. However, Meixner amended his plea to guilty on May 6. Per the plea agreement, the charge was reduced to a gross misdemeanor.

According to the original criminal complaint, Owatonna police were notified last July of several reports of vandalism throughout the city that had occurred at some point during the Fourth of July holiday weekend. The first report came from the Steele County Fairgrounds, where two buildings had been vandalized with graffiti. One of the buildings, the Wayne and Betty Kubicek Family Cattle Haven, was less than a year old at the time of the incident.

The second report came from the Owatonna High School, where graffiti that matched what was done at the fairgrounds was found in several places on the building. An officer obtained photos of the suspects from the school security camera.

Later that night, Meixner and 22-year-old Foster Alec Borger, of Owatonna ,were involved in a traffic stop when the officer noticed paint on Meixner’s hands that matched the graffiti. A stencil of the an image painted at the school was also located in the car.

After the traffic stop, a third report came in that a vehicle had been vandalized, including paint being removed from the driver’s side door.

Meixner and Borger both gave an officer a statement that they vandalized both the school and the fairgrounds with paint.

As a part of Meixner’s probation, he is prohibited from using alcohol and mood-altering chemicals without a prescription, he is can not go onto the Owatonna High School campus or the Steele County Fairgrounds, and must pay a restitution of $1,237 between the three entities/victims. Judge Christa Daily handed down the sentence.

Borger pleaded guilty on June 3 and is scheduled to be sentenced Oct. 13. He is expected to pay one-third of the restitution for the three entities/victims per the plea agreement.

Restitution totals include $2,205 to the Steele County Free Fair, $1,505 to Owatonna Public Schools, and $660 to the owner of the vandalized vehicle.

Jacob Paul Slater, 22, of Owatonna, was also charged in relation to the incident with fourth-degree property damage, a misdemeanor. Slater pleaded guilty April 8. His sentencing is continued for two years while he participates in the Steele County Pre-Trial Diversion Program. Slater also had to pay a total of $500 in restitution between the fair and the school district. Judge Joseph Bueltel presided over Slater’s case.

In other court news

• 39-year-old Andrew James Bogenschutz, of Owatonna, was sentenced on Friday to four years of supervised probation after he was convicted of felony domestic assault. According to court documents, Bogenschutz pleaded guilty May 26. Per the plea agreement, two additional felony charges for domestic assault and strangulation were dismissed.

According to a criminal complaint, on April 15 Bogenschutz got in an argument with the victim and pushed them against the wall by their throat.

Judge Terrence Walters also sentenced Bogenschutz to 80 days in the Steele County Detention Center. As a part of his probation, Bogenschutz is prohibited from using alcohol and being in establishments that serve or sell alcohol, must undergo a psychological evaluation and treatment, and is prohibited from owning firearms or other dangerous weapons.

If Bogenschutz fails to meet the terms of his probation, he will serve the remainder of this sentencing in state prison.