Severe Thunderstorm Warning from 5:32AM CDT SAT until 6AM CDT SAT 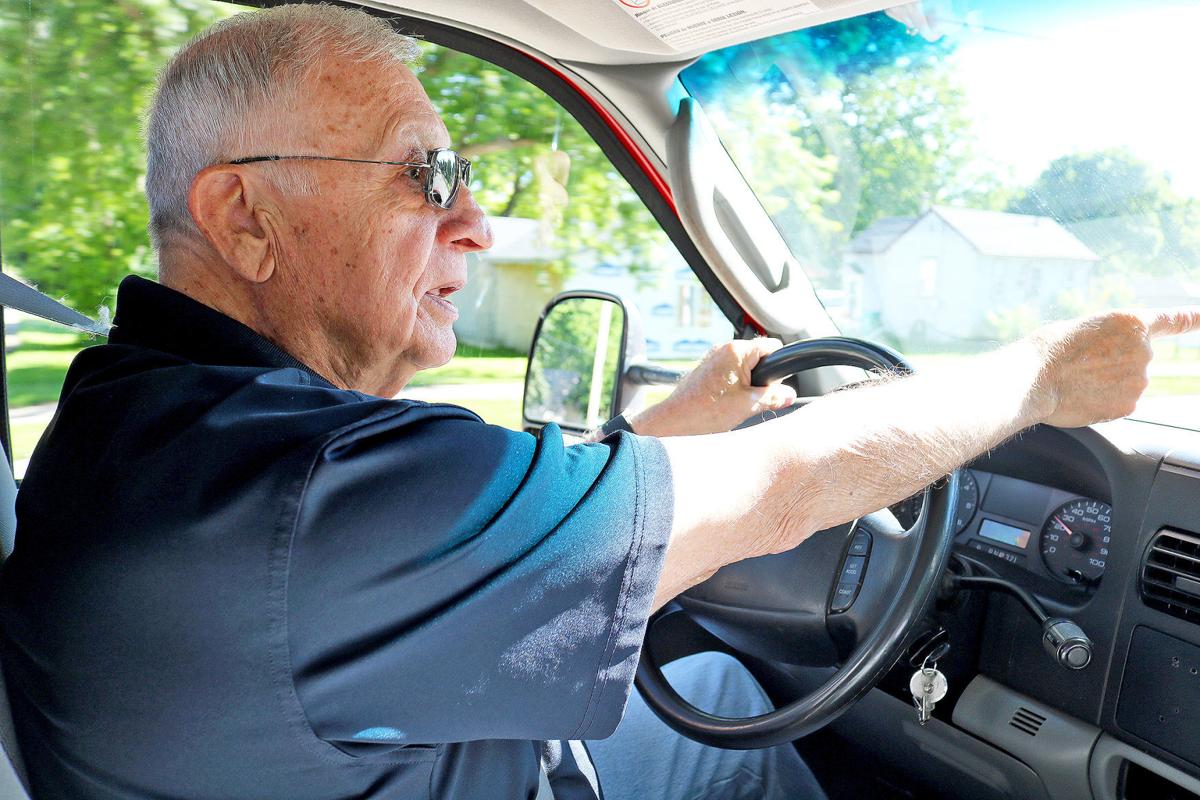 Richard Savage patrols Owatonna, looking out for properties with overgrown grass and weeds as well as “nuisance” items left in yards and on boulevards. Savage has worked as the city’s nuisance inspector for seven summers. (Annie Granlund/People’s Press) 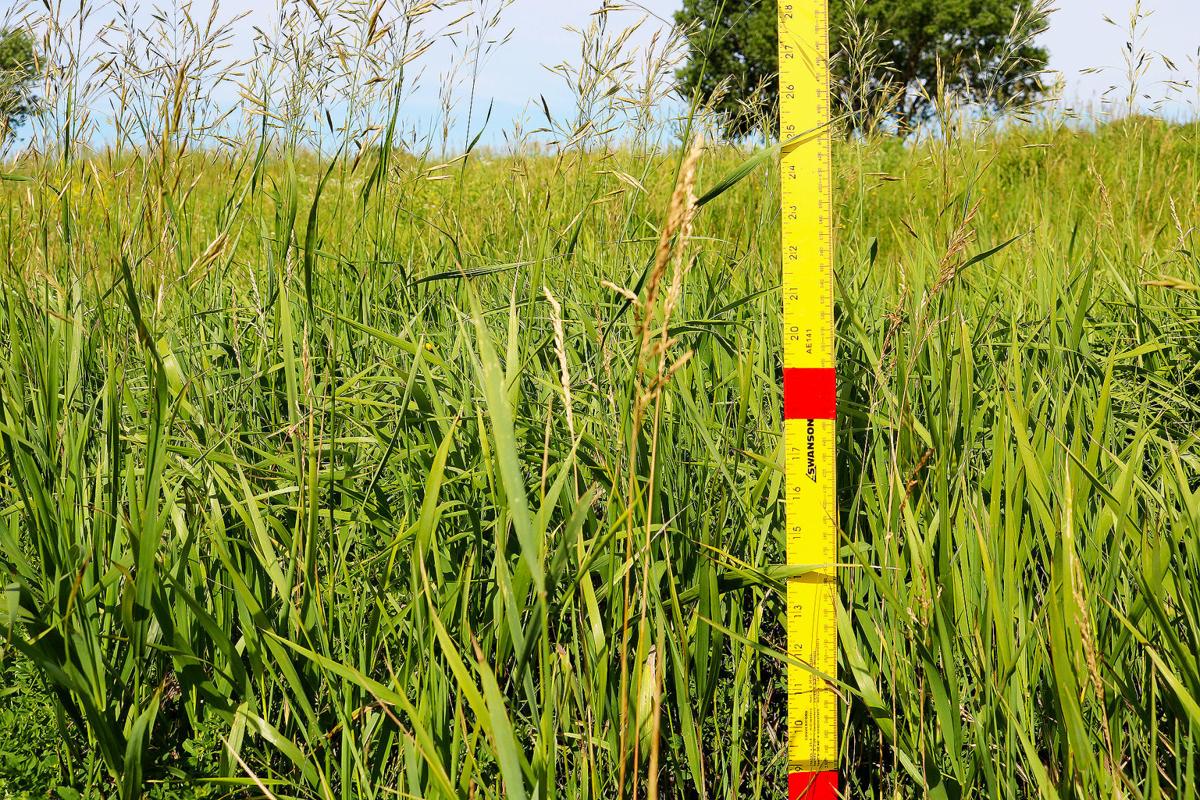 This vacant lot in Owatonna has grasses and weeds well past the 18-inch limit city ordinances allow, earning them a citation from the weed and nuisance inspector. They will have five days to correct the violation before being fined. Residential lots have a limit of 8 inches. (Annie Granlund/People’s Press)

Richard Savage patrols Owatonna, looking out for properties with overgrown grass and weeds as well as “nuisance” items left in yards and on boulevards. Savage has worked as the city’s nuisance inspector for seven summers. (Annie Granlund/People’s Press)

This vacant lot in Owatonna has grasses and weeds well past the 18-inch limit city ordinances allow, earning them a citation from the weed and nuisance inspector. They will have five days to correct the violation before being fined. Residential lots have a limit of 8 inches. (Annie Granlund/People’s Press)

Every morning throughout the workweek, Richard Savage flips through his list of new and ongoing complaints before setting out in his Owatonna Fire Department truck and beginning his patrol.

In his paperwork, Savage reviews which property owners throughout the city have already been given warnings, which properties he needs to check for the first time, and whose time to correct the issue is about to expire. With a ruler and camera in hand, Savage is on his way.

Tall grass, noxious weeds, and items determined a nuisance have become Savage’s specialty over the last seven summers. As the weed/nuisance inspector for the city, Savage does his part to keep Owatonna looking clean, kept and in order.

“There are always complaints, sometimes I have up to five pages’ worth,” Savage said. While he admits that he gets plenty of complaints from the public about disheveled yards and lots, Savage said he adds to the ever-growing list while out on his patrol.

According to Owatonna city ordinance, residential lawns are required to remain under 8 inches in height, while vacant lots can grow up to 18 inches. As Savage follows up on a complaint, pictures are taken if there is a violation of the ordinance. Property owners receive an order and are given five days to correct the violation, depending on the weather. After that timeframe has passed, Savage returns for a follow-up inspection to see if the property has been brought into compliance.

“Some people I am always writing up,” Savage said. “Empty houses make it more difficult and rental properties seem to have more problems, but no one is exempt from the rules.”

In his tenure, Savage said he has written up churches, railroad companies, and even the city and county for overgrown grass and weeds. If properties are not brought into compliance at the end of their five days, a contracted service is brought in to correct the issue. The property owner is then billed for the work, including administrative fees.

“I try to be reasonable,” Savage said, noting that there are a variety of reasons why a lawn may get overgrown. “Sometimes I will get a complaint from a neighbor and when I get out there I don’t know what the big deal is, but I still take a picture and document it so I can check on them again later.”

Savage admits that people can sometimes be “too picky” about what their neighbors’ yards look like, and even after seven summers he still hasn’t figured out exactly why.

While polling the area residents on the People’s Press Facebook page, there was no unanimous opinion on whether or not long grass was a bother. Though plenty of people wrote that they prefer the look of a freshly mowed lawn or that they feel all properties should be mowed once a week, several commenters said that they feel there are too many variables as to why a lawn hasn’t been mowed for them to judge their neighbors.

“I like to think there are a number of perfectly good explanations as to why someone’s yard might become overgrown — it’s not that big of a deal,” said Marti Dischinger, of Owatonna. “Just because maybe their neighbors are perfect yard keepers or have a lot of time on their hands doesn’t mean that someone is being neglectful of their property.”

Danae Andrews echoed Dischinger’s comments, writing that her property in Blooming Prairie once received a warning after their mower broke halfway through getting the job done.

Others also commented that they feel the “golf course standard” for lawns is unnecessary, and that nature should be able to grow naturally. Jess Smoll, of Owatonna, raised a concern that has gained traction over the last two years: providing more habitat for the dwindling number of pollinators.

“I have no lawn, only pollinator gardens,” Smoll wrote. “Lawns are a waste of land, not to mention the time and effort that goes into maintaining a non-native monoculture for no reason other than display purposes.”

Savage said that the rise in popularity of pollinator habitats, including the “No Mow May” trend that has sparked up in recent years, has definitely led to some on the job problems, but that he tries to be understanding. When encountering property owners who say that they’re trying to provide habitats for bees and butterflies, Savage simply tells them to be aware of any noxious weeds that may be growing as that would still put them in violation.

Though there are plenty of lots that continue to be written up by Savage for their weeds and long grass, Owatonna’s biggest problem is currently the nuisance items left in yards and on boulevards. Despite slapping a “free” label on an item placed near the street, Savage said that the property owners are still in violation.

“I see desks, mattresses, toilets, sinks, TVs, anything you can think of,” Savage said. “The refrigerators and freezers make me the most nervous, because they still have their doors and a kid could climb into them.”

Savage said that any items that could be considered garbage — or at the very least obviously not a lawn ornament — that is not on a hard surface on the property is technically in violation. He showed examples of broken down mowers and vehicles that have been parked in a yard for an extended period of time, tires, fallen trees or branches, and trash.

While Savage has areas of town that he knows continues to be a problem, he also proudly shows off beautiful neighborhoods that he once upon a time had to write multiple citations for.

“When you can see improvements over a period of time and that you’ve made progress with some owners,” he said, “that’s my favorite part of the job.”

• Focus on a "healthy" environment, not a perfect landscape.

• Choose plants that provide food and habitat for pollinators.

• Plant a bee lawn. Replace lawn areas that are difficult to mow with shrubs and flowers.

• Adopt best practices in landscape maintenance to improve plant health and eliminate the need for pesticides.

A survey to find out how pollinator-friendly is your yard and garden is — focusing on plants, habitat and gardening practices — can be found at umn.qualtrics.com/jfe/form/SV_8qbapiuJbS9DNFb.