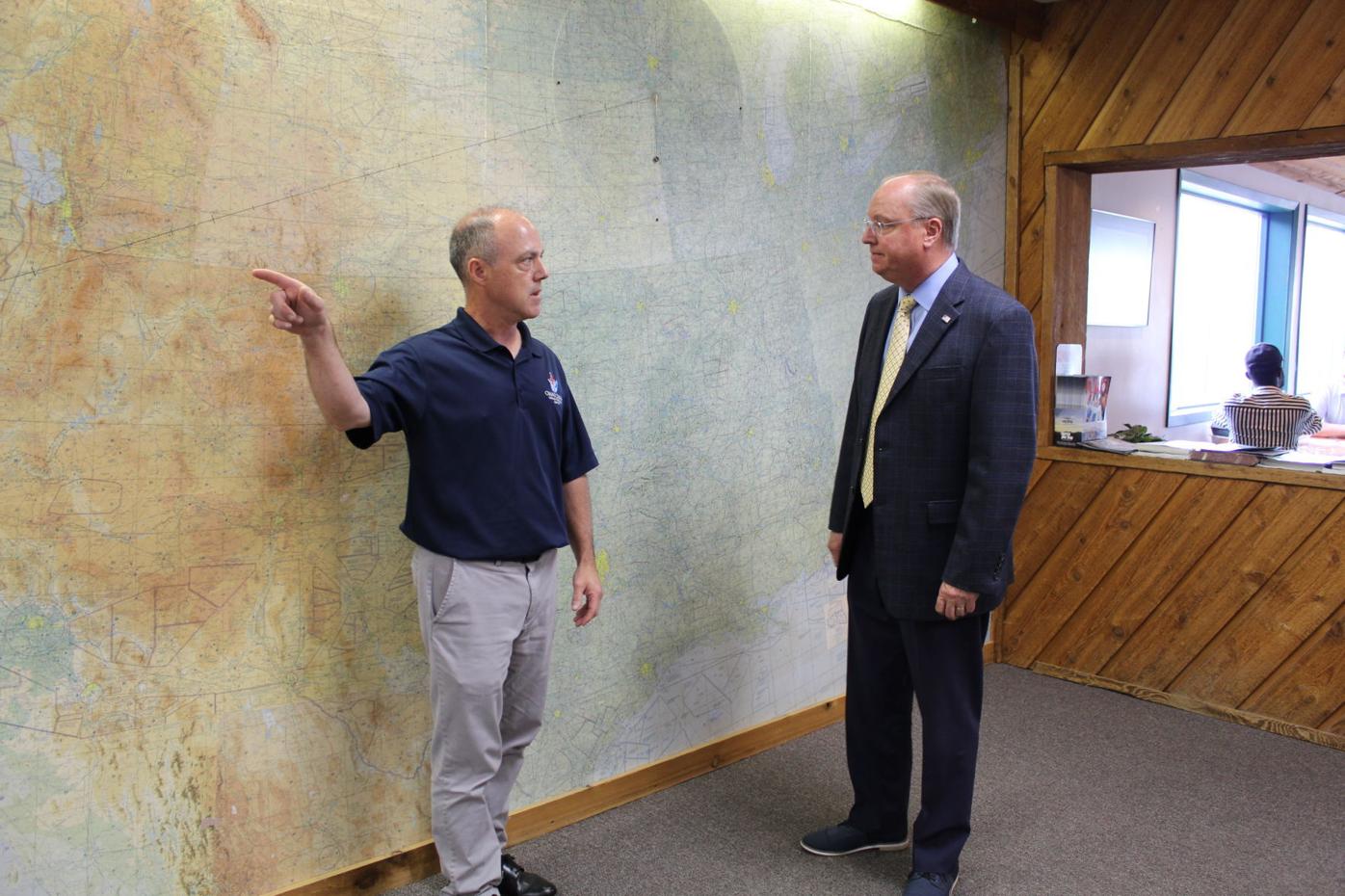 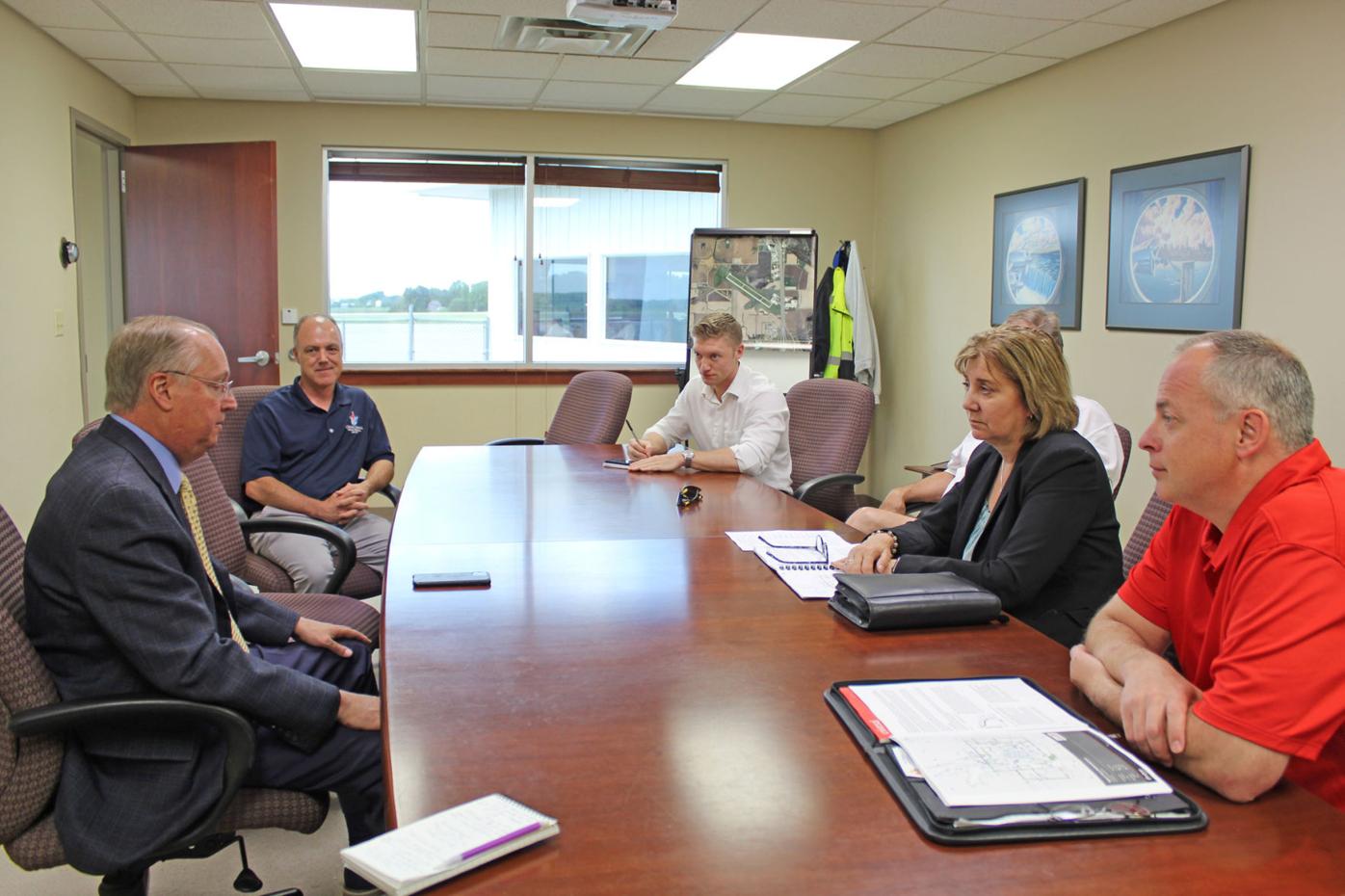 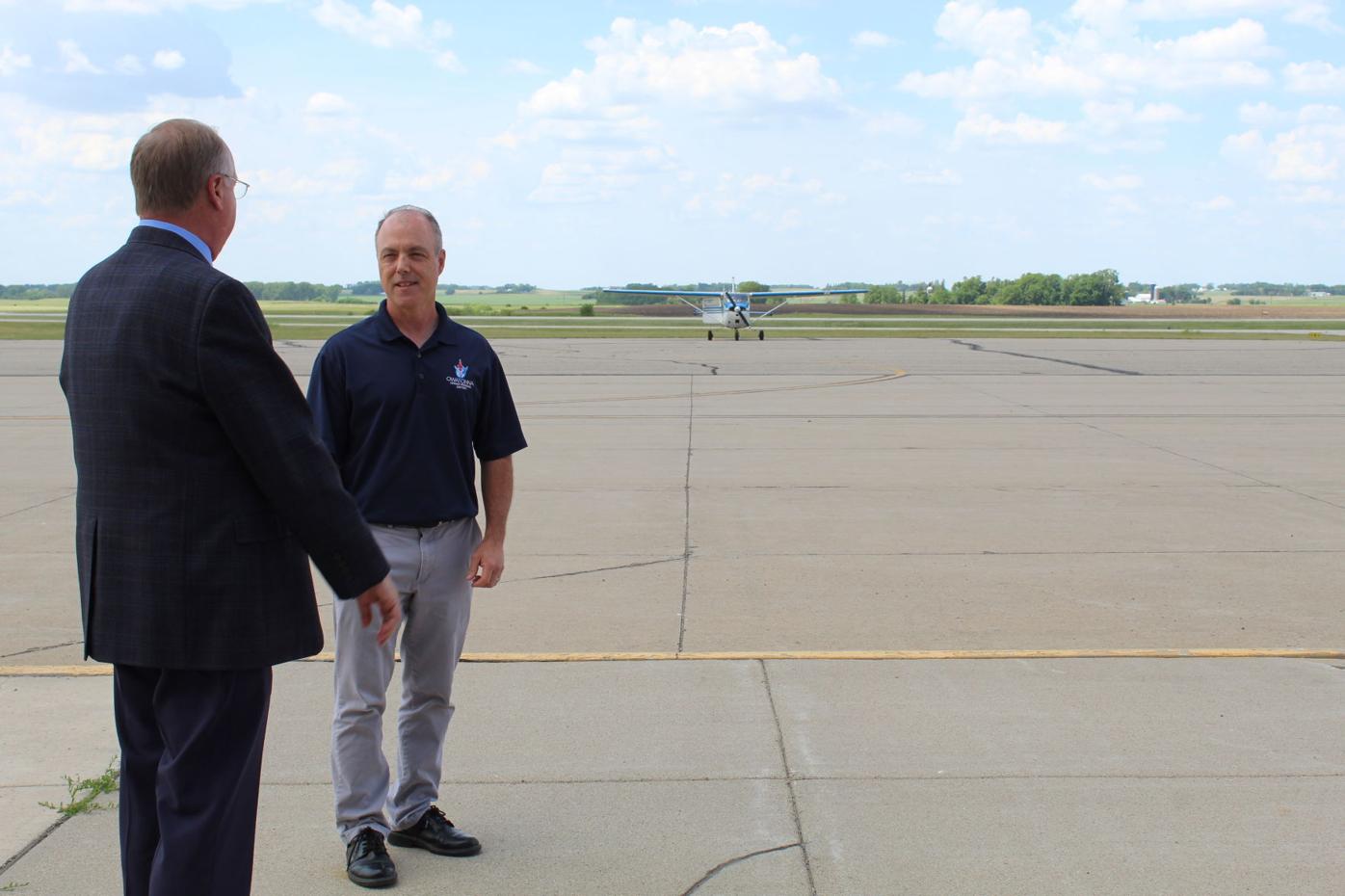 The Degner Regional Airport in Owatonna has awarded bids for a new public T hangar project, but the airport is looking to build a fourth hangar with a projected price tag of just over $1.6 million. All of the other hangars are currently full, prompting the need to expand.

Airport officials were looking to use grant money from the Federal Aviation Administration to do that, but the FAA only allocates $150,000 a year, according to Airport Manager Dave Beaver. While the airport can stock up those funds for a maximum to four years, that still wouldn’t make a significant dent in the project cost.

“The alternative to that is to borrow other airport’s allocations if they’re not going to use it and the FAA encourages that so the money is being used on the airports,” Troy Klecker, Owatonna’s community development director, told Hagedorn during his tour of the airport on Tuesday.

After calling around to various public use airports in Minnesota, Beaver said they were able to connect and the Owatonna airport now has eight years’ worth of the $150,000 allocation through the Airport Improvement Program. Program funds can be spent on a variety of projects.

The problem is the program started in 2001 and has only been allocating $150,000 per year since then, despite construction costs increasing. Every airport receives $150,000 no matter the size, Klecker added.

“There’s hardly any project we can put that $150,000 towards and make it work,” Beaver said, adding that other comparable airports are having to borrow money all over the state to make their projects work and leverage federal dollars.

“I guess it’s working, we’re able to fund the project, but we’re tying up future funds which may put us a little behind down the road,” Beaver said, adding that it would be nice to somehow see an allocation increase.

Hagedorn said he’d like to see an infrastructure bill at the Capitol, adding that Republicans and Democrats should be able to work something out. He is optimistic that both sides want to get that done. He said he is hopeful that a transportation bill would allow for substantial funding to help airports fund their upgrades and he believes a bill can get passed.

“I think President Biden and the Democrats are quickly running out of gas and their agenda, their policies aren’t working, they’re not able to get their big things through Congress anymore, and they need some wins. And this would be a good win for the American people and it would be a shared win,” Hagedorn said.

Beaver said he anticipates further growth of the airport, highlighting what it can offer to the community, local economy and businesses. Other airport projects that are on the to-do list include extending the runway by 1,500 feet and updating the lighting.

Klecker also discussed the east side corridor, another high priority transportation plan for Owatonna and Steele County. A good chunk of the population is on the north end and with the incoming new high school on the east end of Owatonna, they are looking at ways to avoid having everyone travel through the middle of town to get there. An east side corridor would help bring a ring around the community to that new high school site. It is probably a $10 to 15 million project with pedestrian and trail access.

“That’s where we’re hoping that this could potentially qualify for some earmark project, much like the airport did,” City Administrator Kris Busse said, adding that they wanted to let Hagedorn know ahead of time to potentially receive some future support.

The project is still a few years away, and planning is still in the works on the 2040 Transportation Plan.