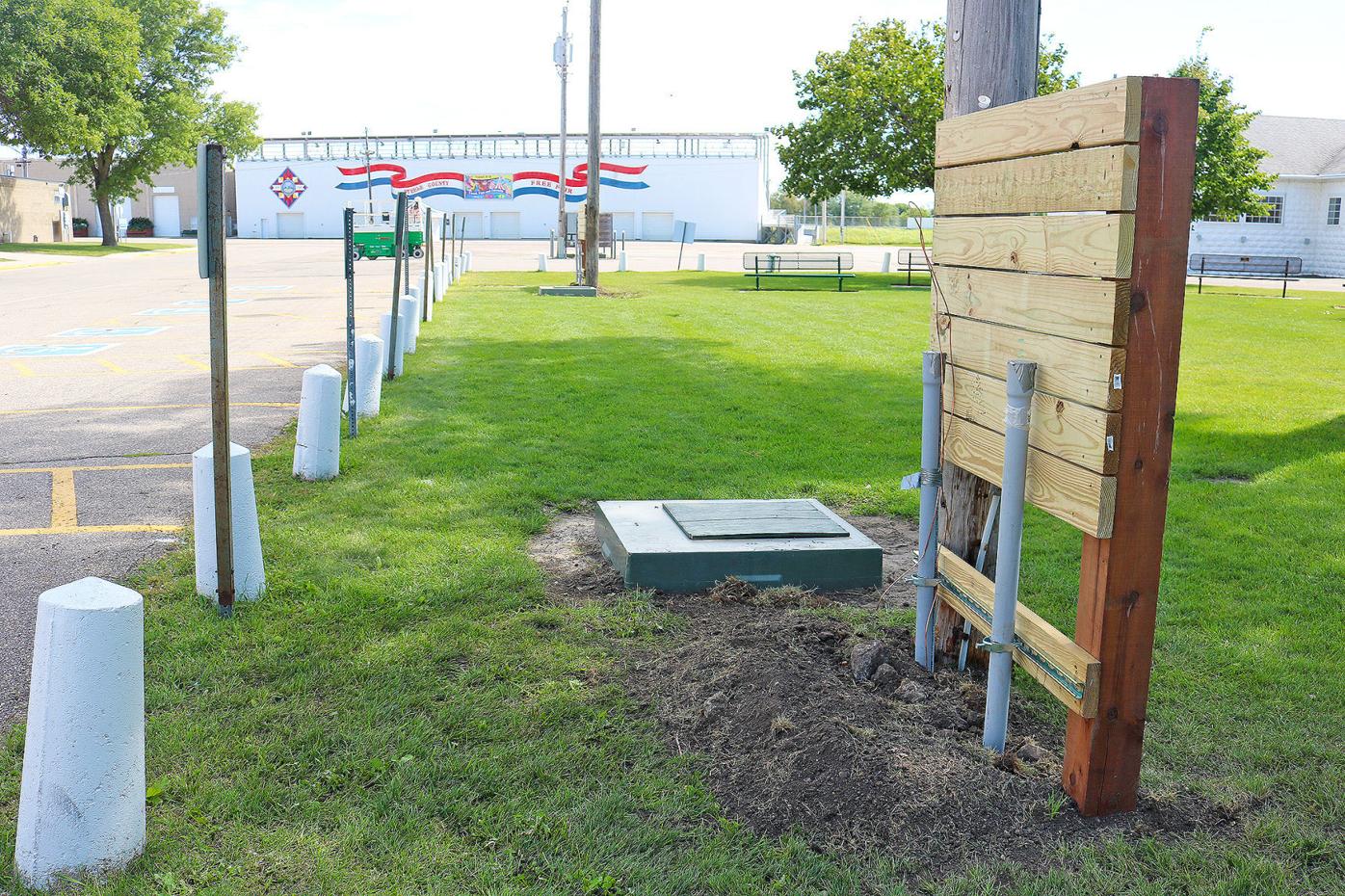 The first phase of a $1.5-million project to move the electrical wires on the Steele County Fairgrounds underground began this week in Fair Square. During the 2019 Steele County Free Fair, the Fair Square stage had to be moved when a state inspector notified fair staff it was too close to overhead lines. The new electrical panels being built are the first step to taking those lines underground. (Annie Granlund/People’s Press) 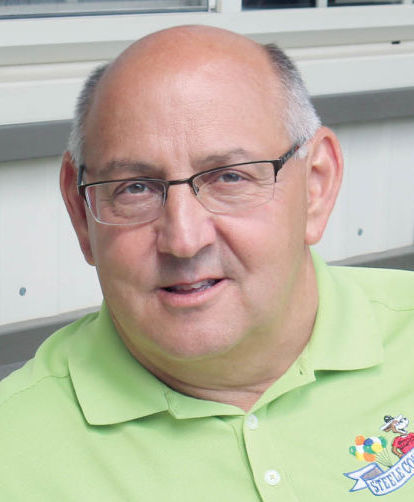 Every September, the members of the Steele County Fair Board of Directors dive head first into planning for the upcoming Steele County Free Fair – despite typically having only two weeks to recover from the most recent annual event.

This year wasn’t much different, yet nothing is the same. As the fair board puts a bow on the Drive Thru Food Fest and starts prepping the grounds for winter rentals, the work into putting together a 2021 SCFF is both ongoing and up in the air.

With the ongoing COVID-19 pandemic leaving the world questioning when “normal” will return, events such as the local fair — the biggest annual event in Steele County with the largest economic impact at roughly $10 million — are having to move into the next year in a state of uncertainty. Kozelka said while rules and regulations are expected to continually change between now and the next fair, they are doing what they can to continue on as normal.

One of the bigger efforts seen on the fairgrounds this month is the beginning of the electrical project that has been discussed by the fair board since the 2019 fair. Earlier this week, new electrical panels started going up in Fair Square as part of a larger project that will move a majority of the electrical lines on the fairgrounds underground. State statutes require a 15-foot radius around electrical lines and boxes. During the bonding tours for the Minnesota State senators and representatives, Kozelka explained how impossible that requirement would be to meet during fair week because of the number of vendors and shows that come out each year. Thus, the decision was made to move the lines underground.

Though this year’s legislative session failed to produce a bonding bill, Kozelka said the Fair Board knew it would begin phase one of the project this fall no matter what. Within the next two weeks, Kozelka said crews from Owatonna Public Utilities will begin moving lines in Fair Square underground. Items that are being removed from Fair Square during the project will be recycled to other areas of the fairgrounds, which Kozelka said will be a drastic cost-savings on the estimated $1.5 million project.

“This is just a small part of phase one,” Kozelka said about the Fair Square work, adding that he is unsure of what the next step will be. The project is an ongoing effort and subject to change depending on state statutes. “We are going to continue to do what we can and work with our friends and partners at the county, city and OPU.”

During the fair board meeting Thursday, Kozelka told the directors that he is working with Steele County to see what Coronavirus Aid, Relief and Economic Security Act dollars the fair could qualify for. Kozelka said he is confident the fair may be able to receive some funding help to implement more sanitizing stations and other personal protective equipment during fair week.

Most all acts and entertainment are booked for the 2021 fair, according to Kozelka. Many have been carried over from the canceled 2020 event.

“It’s important that people know that we are getting ready for the fair even though we still don’t know what we can do,” Kozelka said. “Hopefully we will be able to bring back the Steele County Free Fair that everyone knows and loves.”