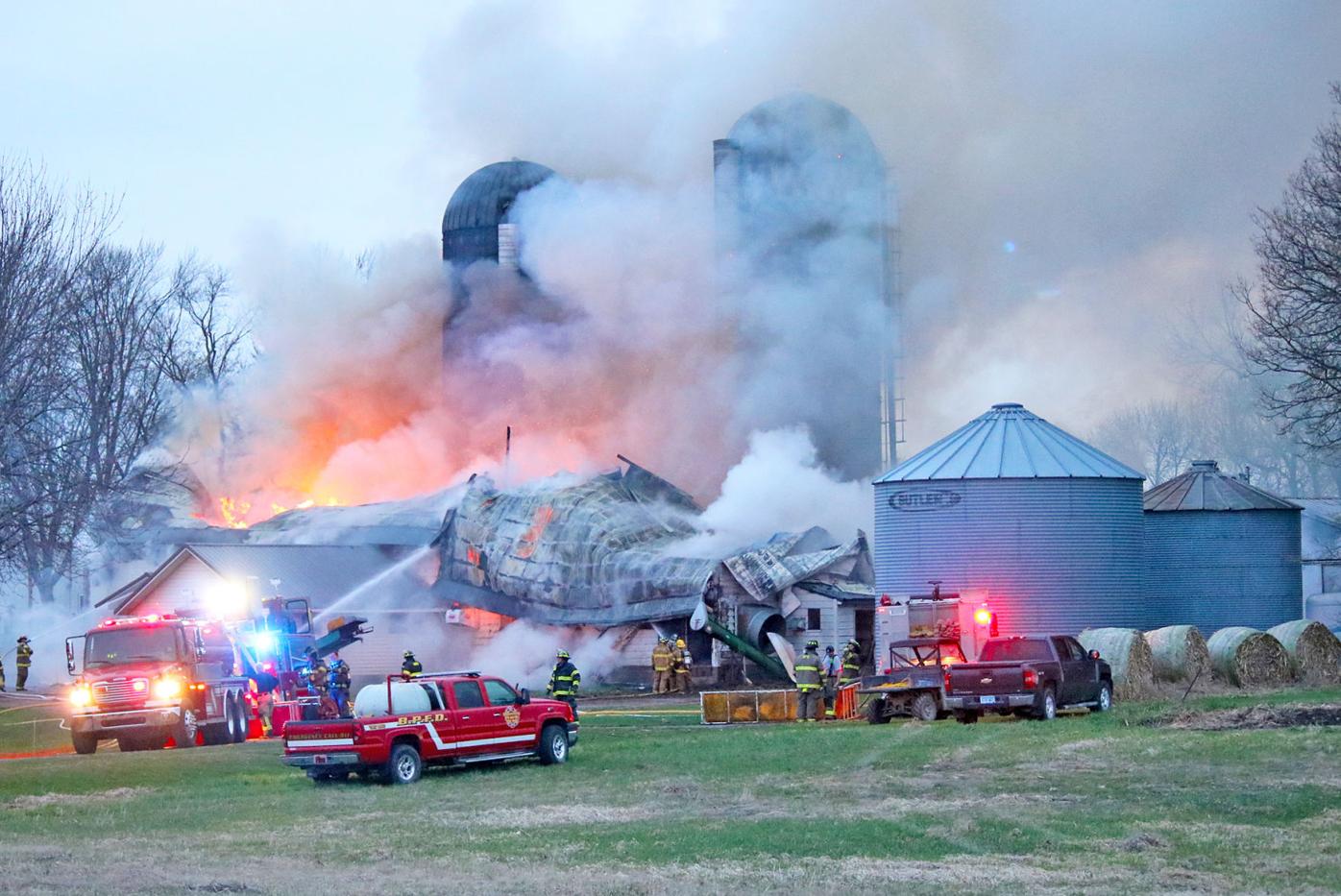 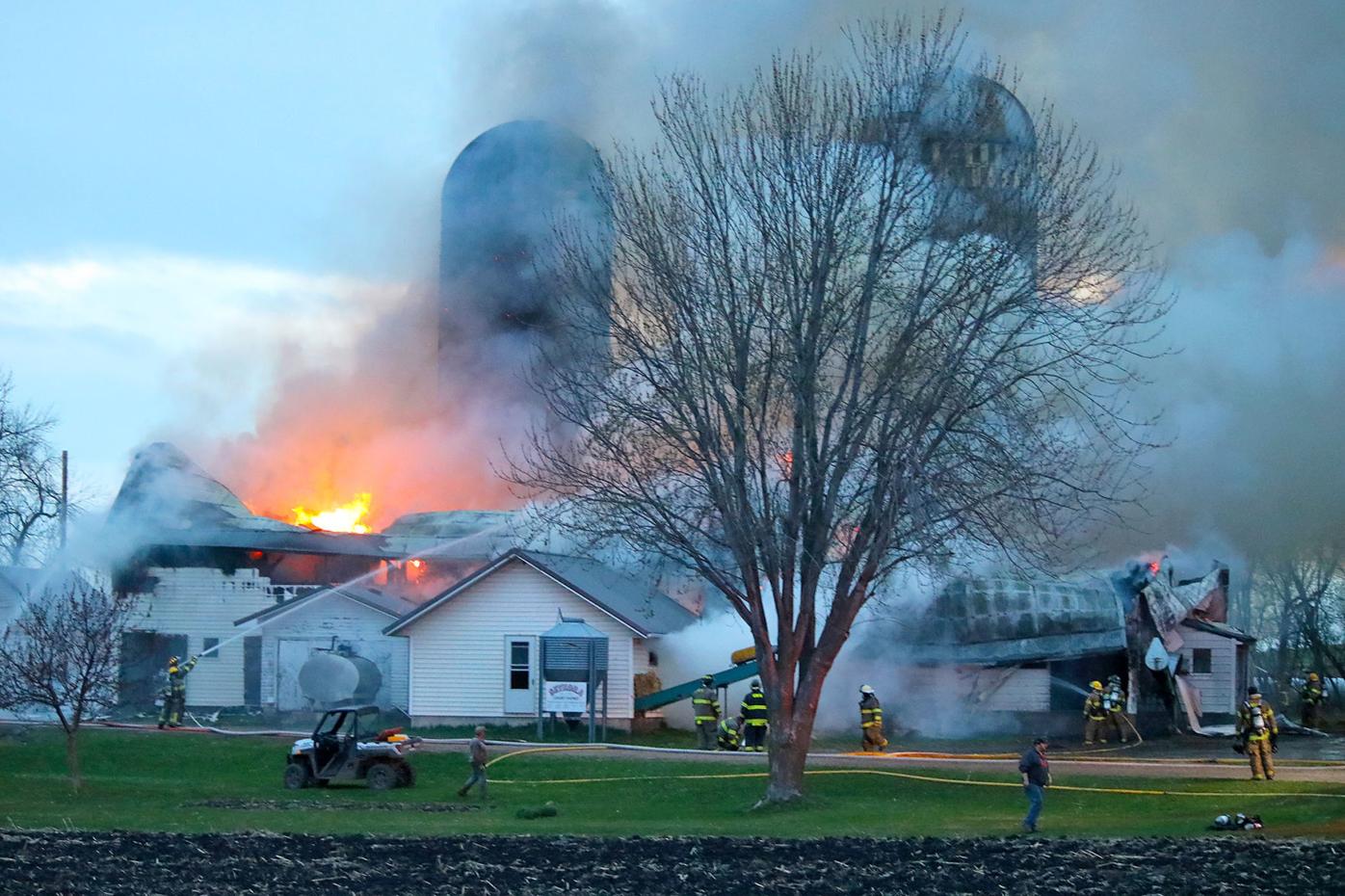 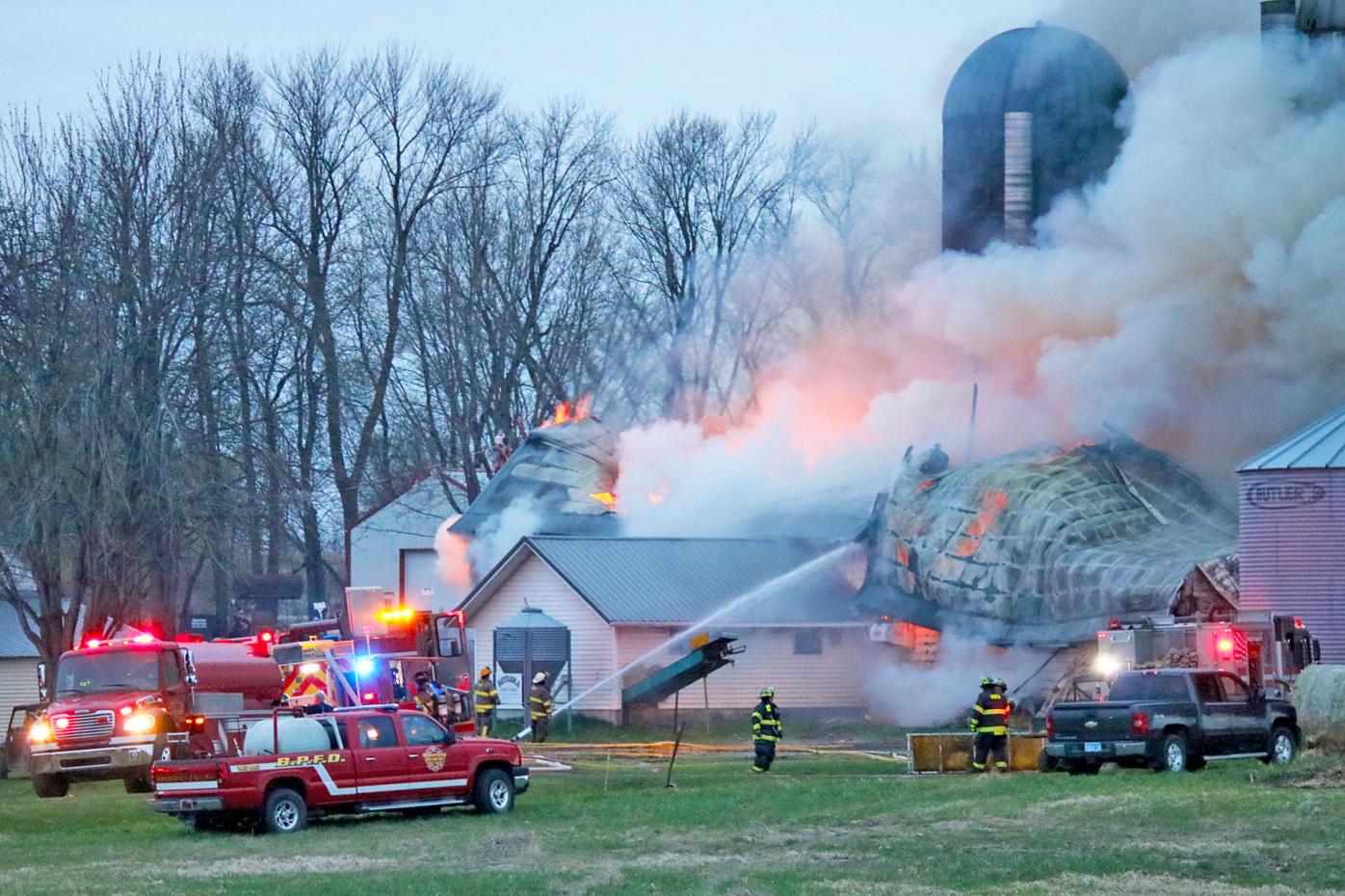 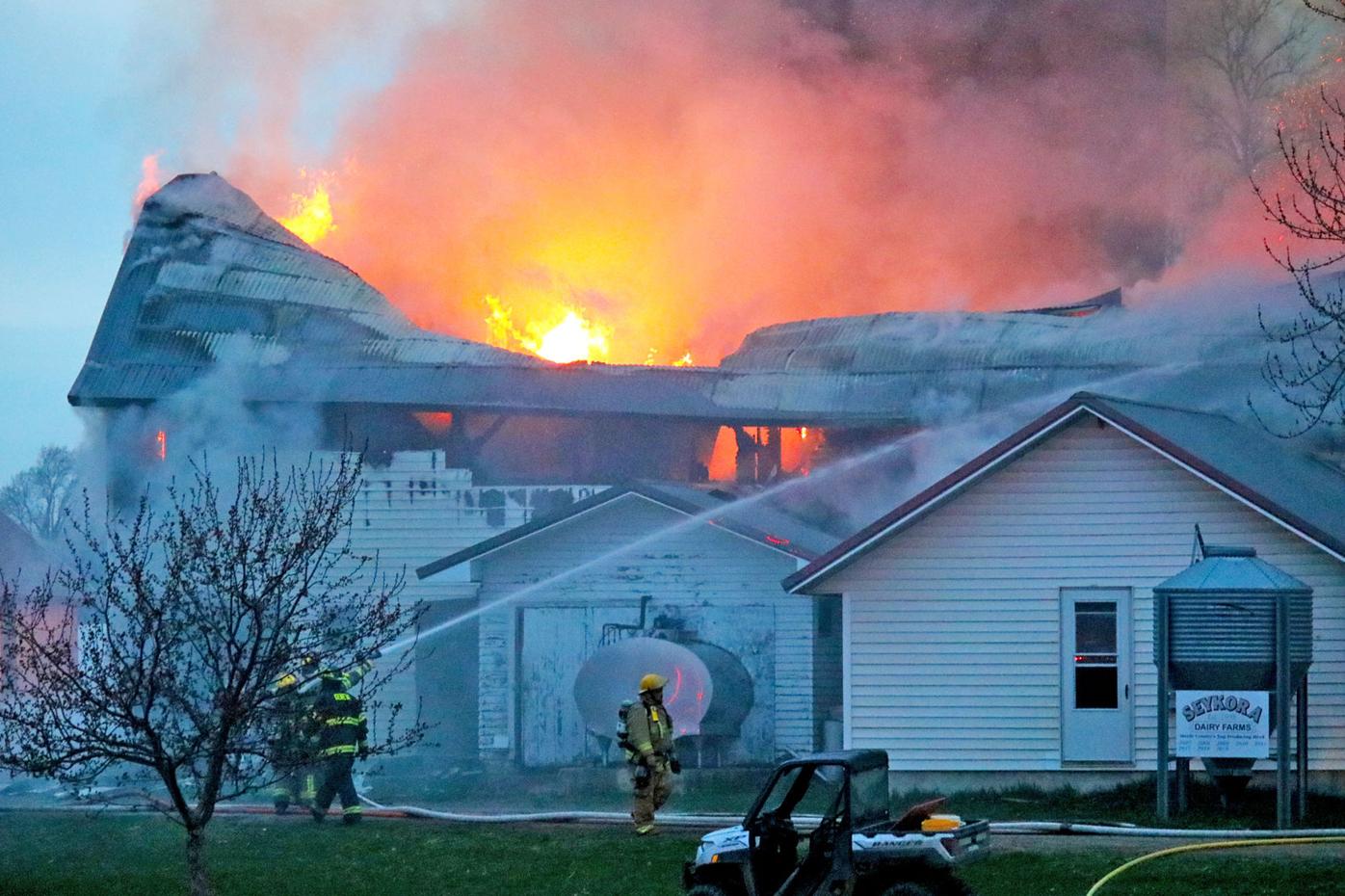 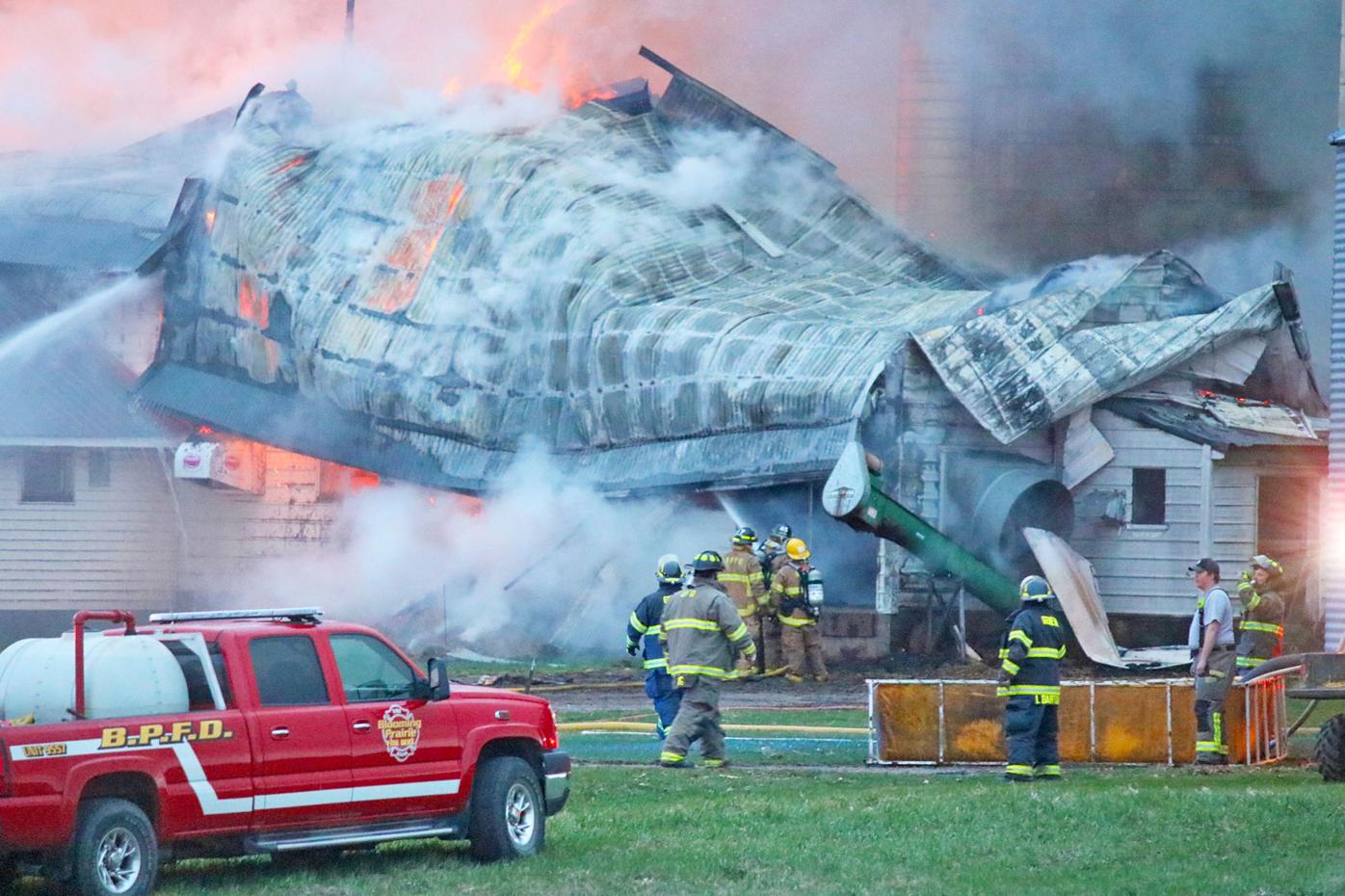 Seykora Dairy, owned by Brian Seykora and located near Litomysl, had at least one building completely in flames as firefighters battled to extinguish the fire.

Blooming Prairie Fire Chief Dean Naatz said the call came in just a few minutes before 7 p.m. and firefighters remained on the scene until shortly before 3 a.m. Friday.

"The worst part was that there was quite a bit of hay and straw up in the hayloft, so we needed to tear those apart," Naatz said, adding that the fire remained contained to the main dairy barn throughout the night. "They had just tinned the roof within the last year or so, so we had to have an excavator come out and pull that roof apart so we could get to it."

Naatz said that all of the small calves were able to successfully be removed from the building was well as most of the farm's approximately 45 dairy cattle. Though he is not certain of the exact number, Naatz said 10 or less cows were killed in the fire because they were unable to get out of the barn.

"All the cattle that were saved were relocated to another farm to be milked because that has to continue," Naatz said.

There were no human injuries sustained during the event.

Naatz said the dairy barn was completely torn down and lost due to the fire. The fire is under investigation with the State Fire Marshal, but because of the extent of the damage Naatz said there is a high probability that they will be unable to determine the exact cause of the fire.

Also assisting on the scene were Owatonna, Ellendale and Geneva fire departments, the Steele County Sheriff’s Office and Ellendale Ambulance.