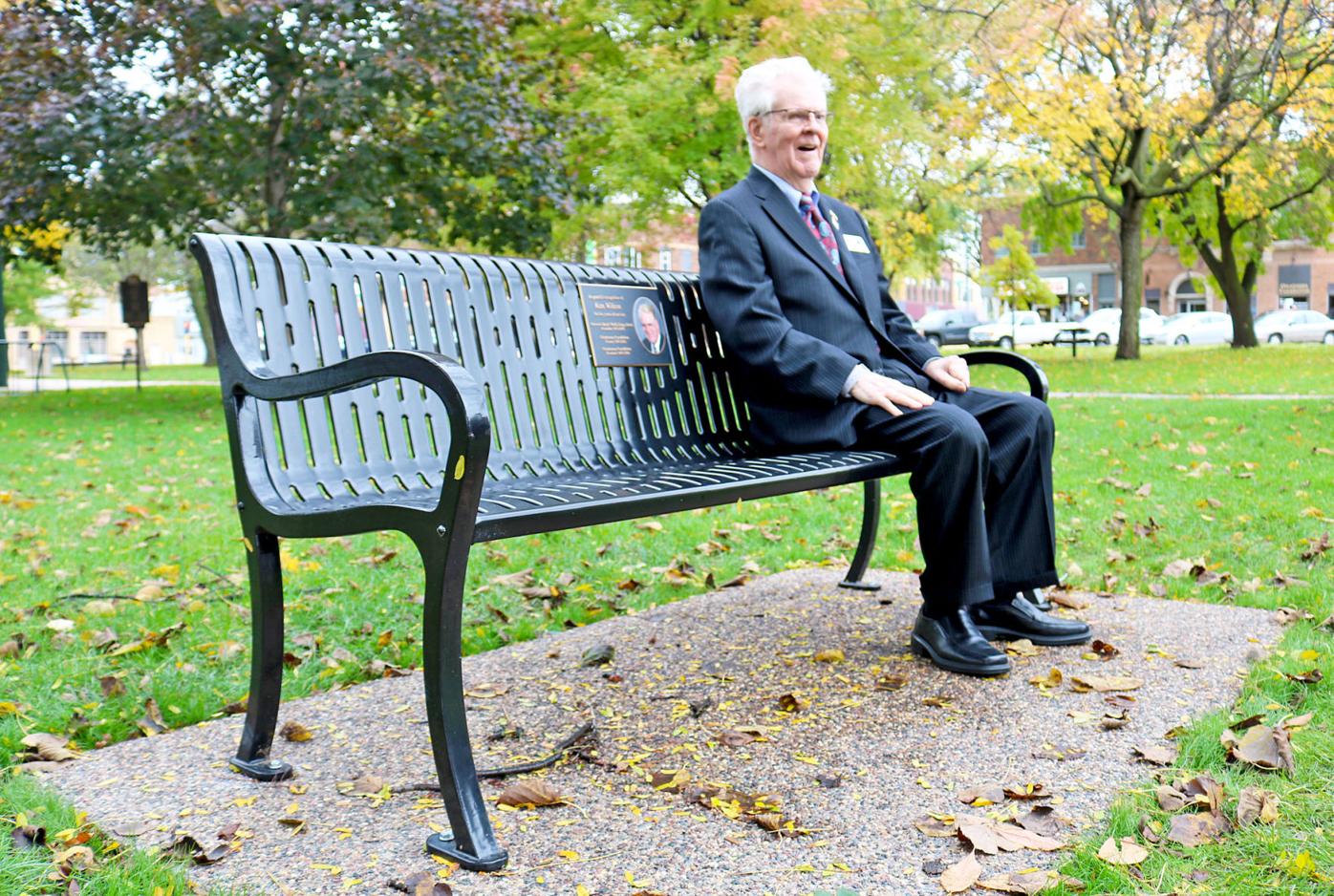 Ken Wilcox sits on a bench in Central Park in October 2018 after it was dedicated to him by the Owatonna Foundation. (File photo/southernminn.com) 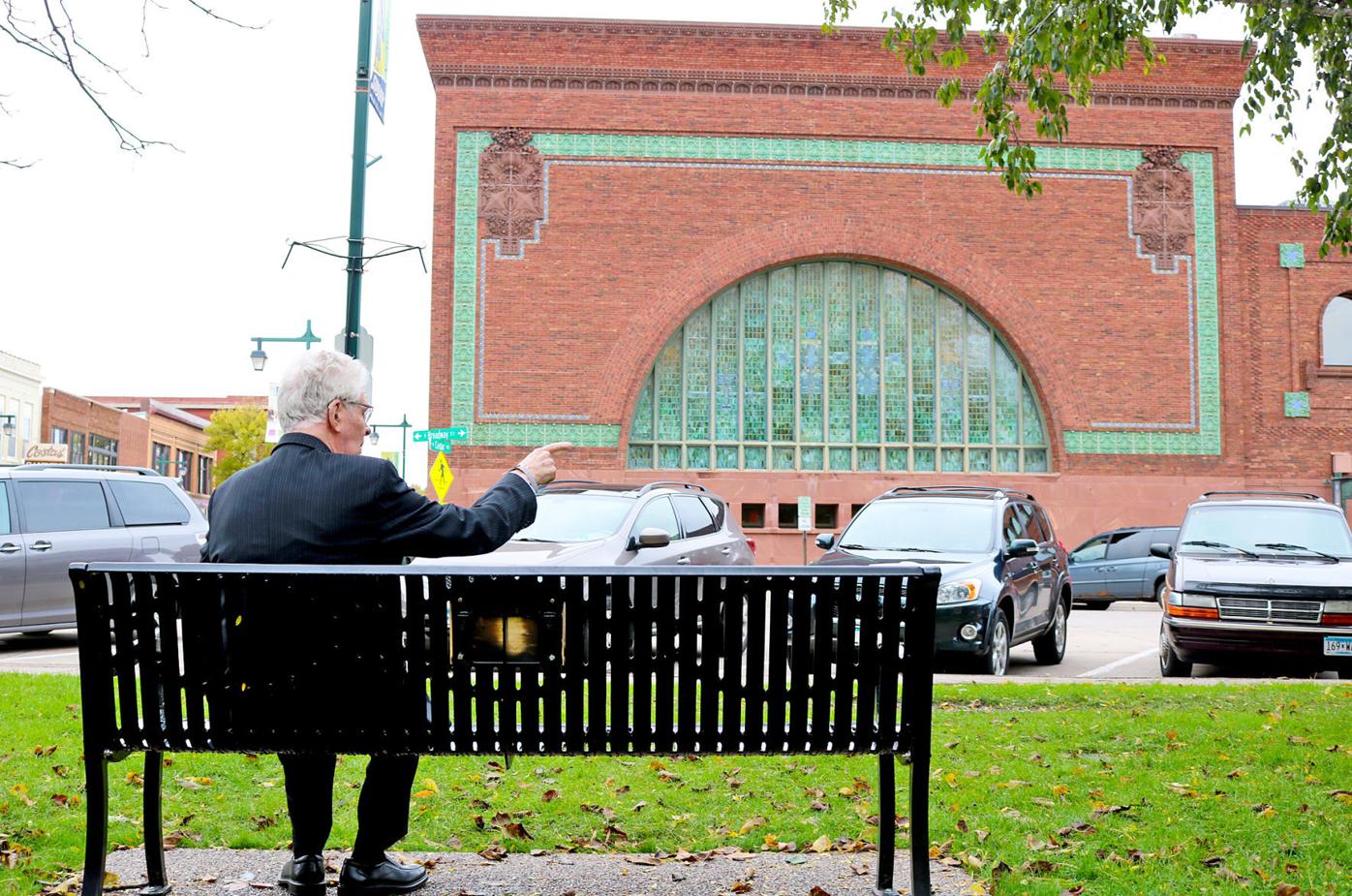 Ken Wilcox sits on a bench in 2018 dedicated to him at Central Park, across from the bank he led as president from 1976 until his retirement in 2000. (File photo/southerminn.com) 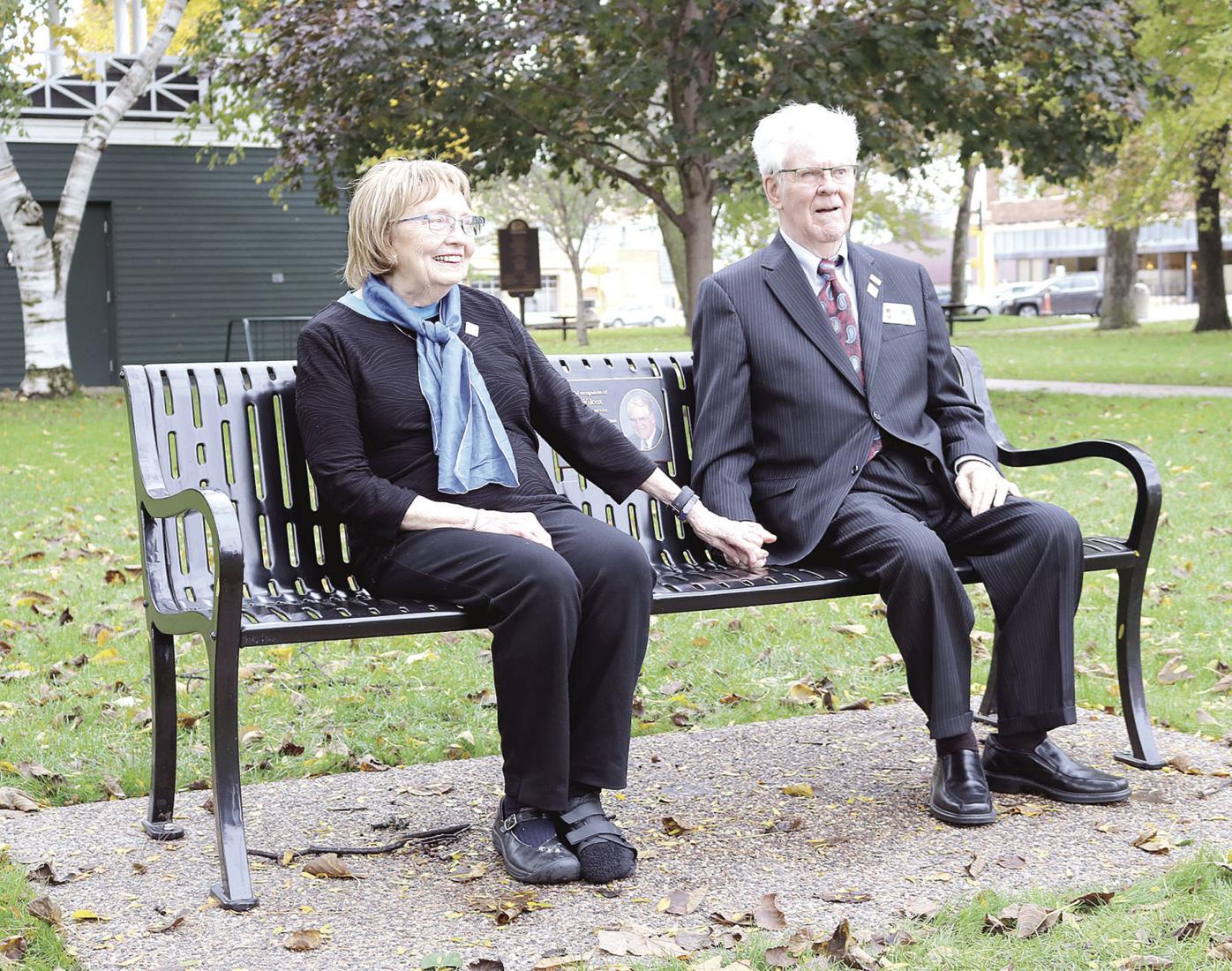 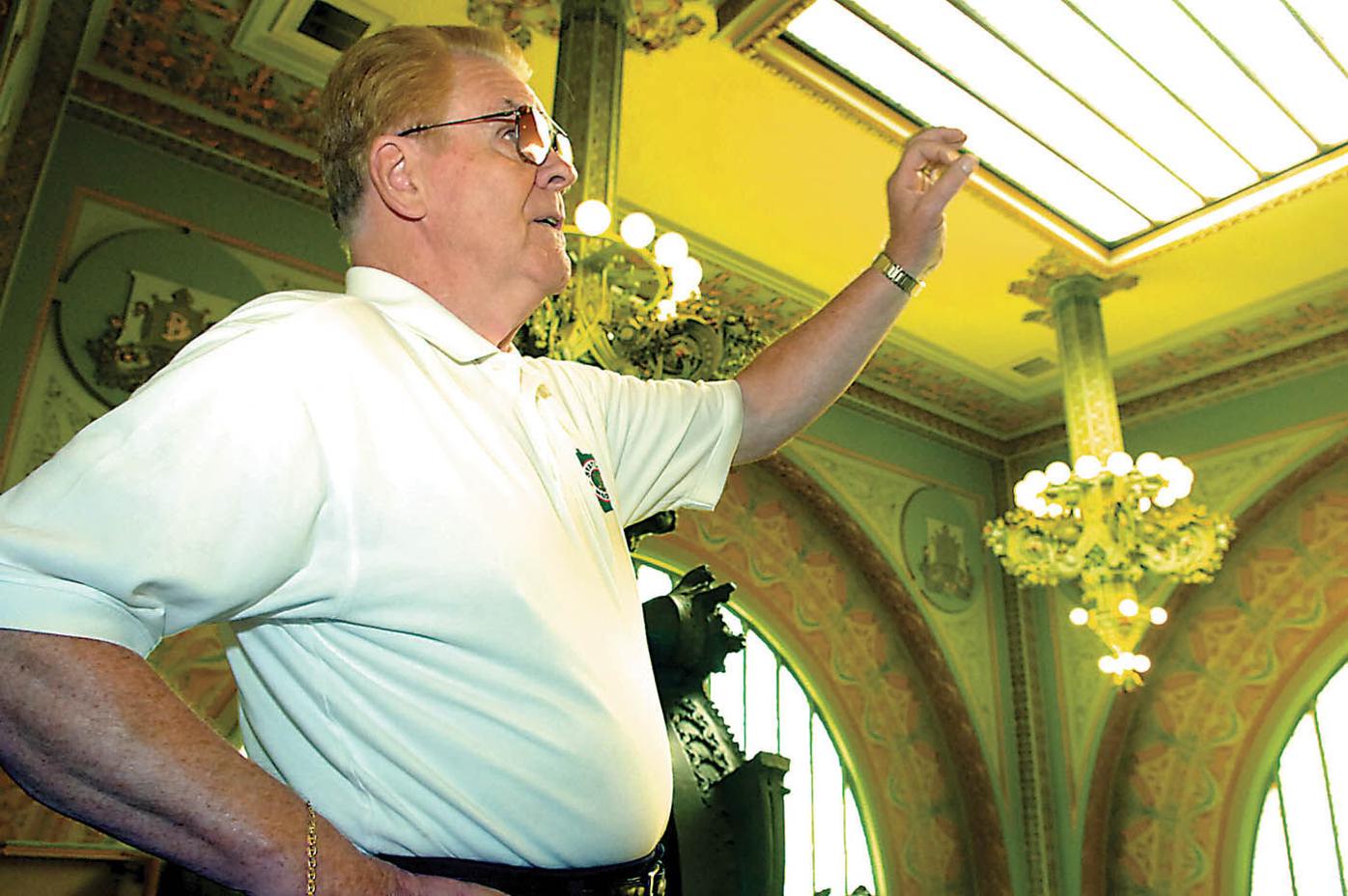 Ken Wilcox in the Louis Sullivan-designed bank building, which is now Wells Fargo in downtown Owatonna. He began working at the Security Bank and Trust Company in 1963. (File photo/southernminn.com)

Ken Wilcox sits on a bench in Central Park in October 2018 after it was dedicated to him by the Owatonna Foundation. (File photo/southernminn.com)

Ken Wilcox sits on a bench in 2018 dedicated to him at Central Park, across from the bank he led as president from 1976 until his retirement in 2000. (File photo/southerminn.com)

Ken Wilcox in the Louis Sullivan-designed bank building, which is now Wells Fargo in downtown Owatonna. He began working at the Security Bank and Trust Company in 1963. (File photo/southernminn.com)

Ken Wilcox, who was instrumental in bringing hockey to Owatonna, dedicated his life to improving the community, including at the helm of the Owatonna Foundation for nearly a decade.

Wilcox died on Saturday in Golden Valley, Minnesota. He was 85.

Wilcox was born in 1935 in Winnipeg, Manitoba, and graduated from Starbuck Collegiate High School in 1952. He attended the United College in Winnipeg, followed by the Graduate School of Banking at the University of Wisconsin-Madison. He married his wife Norma in 1957 and moved to the United States shortly thereafter.

He began his career at Great West Life Insurance Company in Winnipeg, then worked at several banks in the Midwest before coming to Owatonna to work as a loan officer at the Security Bank and Trust Company in 1963. He rose through the ranks to become the youngest president in the corporation at age 40 in 1976. He continued as the bank’s president until his retirement in 2000.

Wilcox’s interest in serving the community was a part of his personality, said Chad Lange, who served alongside him in a variety of roles in the community. Ken and Norma were a “dynamic duo” in the community, Lange said.

Wilcox was “one with the community,” said Tim McManimon, who succeeded Wilcox as Security Bank president after working for him for 17 years. Wilcox stressed volunteerism with his employees and encouraged them to be leaders in community groups and nonprofits.

“Ken understood and he believed our banking business could only be as successful as the community,” McManimon said.

He was a kind man who taught his employees to treat people with dignity and respect. McManimon said he never heard Wilcox say a bad word about anyone.

The bank’s board was filled with community leaders who would have “spirited conversations” and Wilcox was always able to maintain order and control in his own way, said Lange, who added that he always enjoyed those meetings.

Wilcox’s mentor created the Owatonna Foundation and then Wilcox picked it up from there, McManimon said. Wilcox spent 44 years serving the Owatonna Foundation, including nine as its president. Lange said Wilcox was “Mr. Fundraiser” in the community and was one of the most capable fundraisers he has ever met. He wouldn’t pressure people to donate, but would instead tell them the story of why the money was needed and they’d want to donate by the end, Lange said.

McManimon said Wilcox was proud of the work he did in the community, but he never wanted the limelight.

“He just wanted to do the work,” he said. “He was there to serve, not for personal interest or recognition.”

Wilcox was also key to the restoration of the Louis Sullivan-designed National Farmers’ Bank building, which is now Wells Fargo. He found joy in taking ownership of the bank and enjoyed showing people around the building, McManimon said. Wanting to preserve the building, he lobbied for its remodel in the 1990s.

“He wouldn’t take no for an answer,” McManimon said.

A longtime hockey player, Wilcox led the fundraising efforts to construct the Four Seasons Centre and its expansion, and helped build the hockey program. The Owatonna Foundation memorialized his efforts with a bench in Central Park in 2018. A rink at the Four Seasons is also named after him.

Wilcox was “a giant in the community,” said Todd Hale, who broadcast high school hockey games with him for years. Wilcox was a leader in everything he did, working “sun up to sundown,” Hale said. He was proud that he became a part of Owatonna, which included coaching a youth hockey team. He was at almost every high school hockey game, using his knowledge to provide analysis during the broadcasts, Hale said. Ken and Norma also have a hockey scholarship in their name.

“He was a great person to have by my side,” Hale said. “He never forgot the game that he loved so much.”