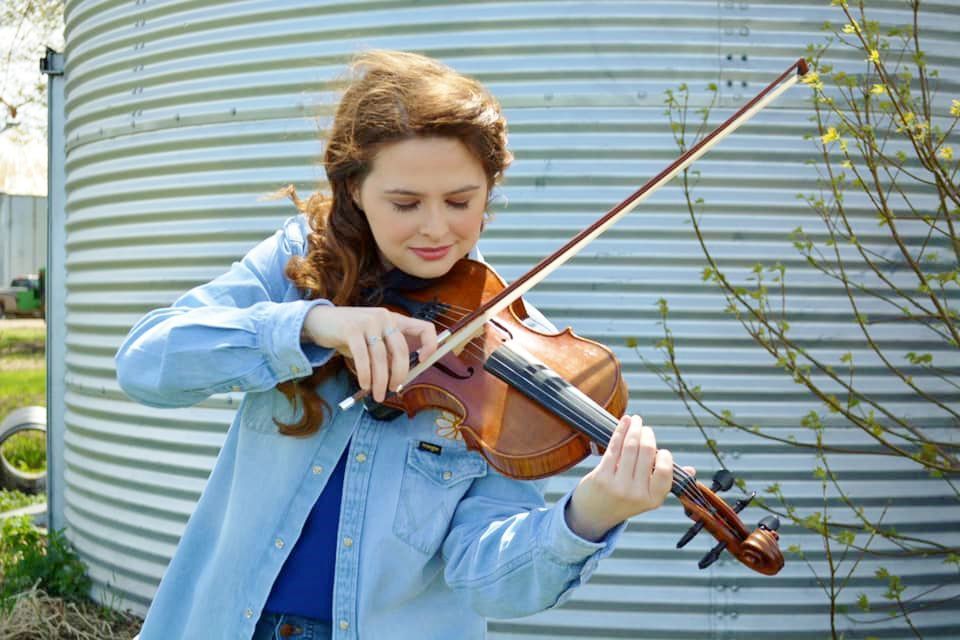 Louisa Byron started playing the violin at 3 years old. She is in her final year at Berklee College of Music in Massachusetts and wants to continue playing professionally after graduation. (Submitted photo) 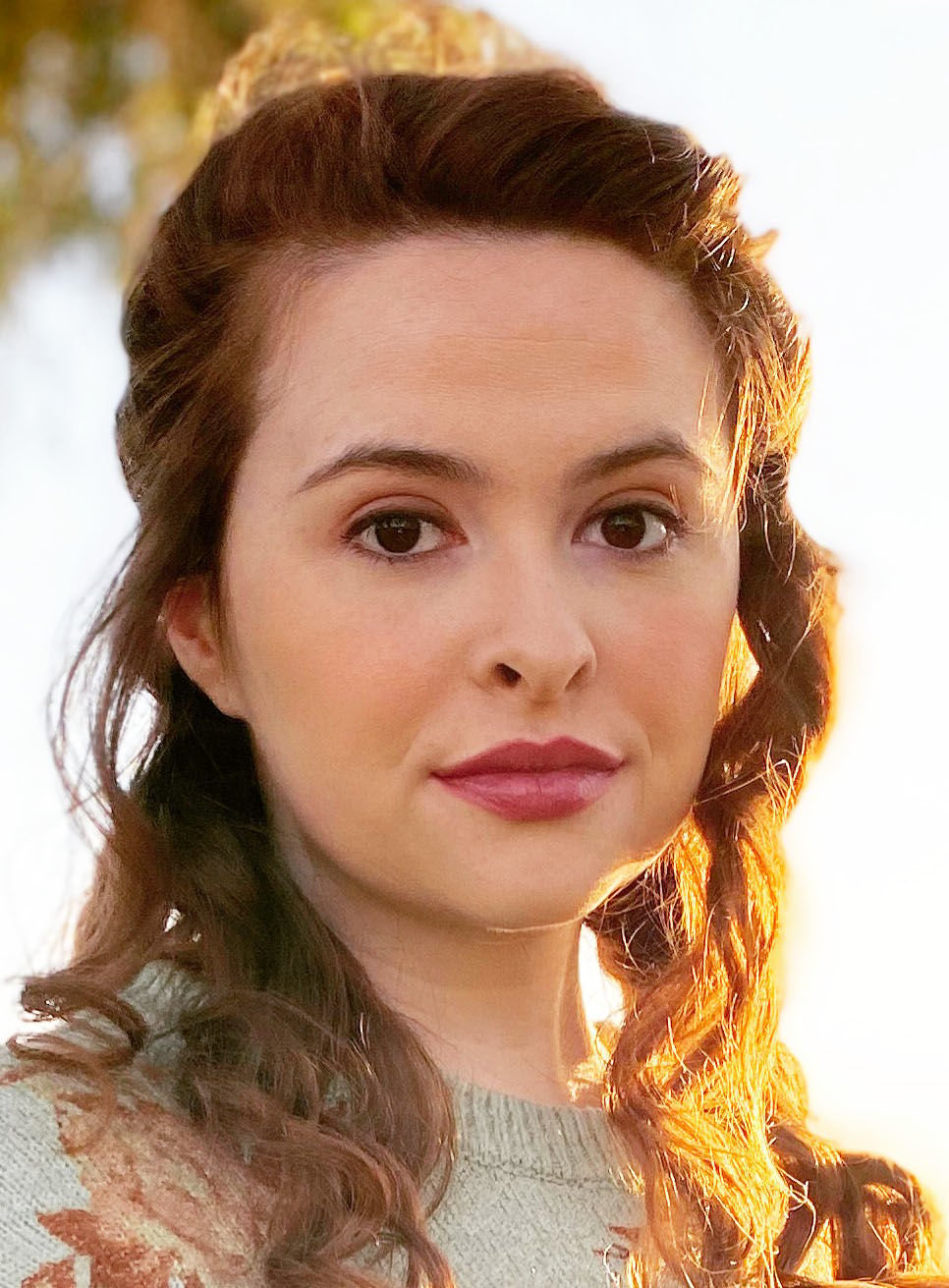 Waseca native Louisa Byron grew up in a house full of music. She started playing music, specifically the violin, at just 3, because her two older sisters played the violin, and her passion grew from there.

She continued her love for music through Berklee College of Music in Boston, pursuing her degree in film scoring and violin performance with minors in conducting and video game scoring. She is a multi-genre violinist/violist and composer.

Last spring, she applied to perform in the Berklee Anywhere Concert series that she recently performed in virtually.

“It was a really great surprise to get the email that I've been invited to perform for the series,” Byron said.

For the series she performed two original songs: “Mud Sisters” and “Better Half" with her partner, Benjamin Knorr, who accompanied her on the guitar.

The Berklee anywhere concert series consisted of Berklee College of Music and Boston Conservatory at Berklee students who wanted to continue to create music and perform in innovative ways.

“I think that Louisa is a generous, perceptive, curious person,” Greater Twin Cities Youth Symphonies Program Director Miranda Byran said. “She is dedicated to refining her art and contributing to the community in equal measure, which I believe is a unique and valuable trait in a performing and composing musician."

The concert series featured students streaming performances from their locations around the world, shown on Berklee’s Instagram and Facebook pages. The student performers raise money for the Berklee Student Emergency Fund, which supports students in the immediate aftermath of COVID-19.

“It was really fun to see other people’s takes when I saw other people's Berklee Anywhere Concerts,” Byron said. “Especially international students, they would go to some beautiful places.”

The performances are shown each Tuesday. Byron’s was Oct. 6.

Byron worked on the technical side of the music and pre-recorded her performance before filming the video part of the project. An editing team put both parts together as one video. Byron recorded and performed her original songs for the concert in Los Angeles, California, in a professional studio during her internship. She intended to record the songs outside on her family farm to show what Minnesota is like but she had to move for her internships.

“It almost feels like I'm back on campus because on campus you can hear any kind of music while walking on campus,” Byron said. “I'm really excited to get back to that lifestyle where music is all around us.”

“I started Louisa on her fruit snack box violin when she was 3,” Bohlmann said. “I had her as a student for several years. She is extremely fortunate to have the parents she has, they provided her with so many enriching experiences as a young musician. She has been very motivated and has worked very hard.”

The Suzuki method is different from the traditional method. With Suzuki, students begin learning at a young age and teachers believe musical ability can be developed in all children. Parents play an active role in the learning process and students perform frequently so they become comfortable with the instrument before learning to read music, according to the Suzuki Association of the Americas website.

She also worked with a music center in Minneapolis and became a member of the Greater Twin Cities Youth Symphony. GTCYS, in its 49th season, is known for transforming young musicians of all ages, abilities and backgrounds through an all year-round program. To join, students perform a short audition for judges who then determine which of the 10 orchestras the student will work with.

From 2010-16, Byron performed with GTCYS and became a member of different orchestras through the organization. She also mentored beginner students and participated in music camps through the University of Minnesota, fiddle camps and other camps and music festivals.

In college, she worked on her music through many projects, classes, festivals and internships, and took every opportunity to play.

She is a part of two internships in Los Angeles at MPath and Audiomachine Studios.

Both are music library companies that offer a variety of music available for licensing for movie trailers, advertisements, commercials and other uses.

“I was really drawn to that company, (MPath) because they are the first company to achieve gender parity,” Byron said.

Byron started the internship through Zoom due to COVID-19 moving people to work from home offices. She said she had a Zoom call in the morning and worked with metadata for the albums in the music library, coming up with descriptions and moods for each track.

Through MPath she had the opportunity to write her own original track to add to the “Better Half” album in the music library.

“It’s really nice to be featured that way,” Byron said. “They really liked that track and they want me to write a whole album for that track.”

At Audiomachine, Byron did more composition and learned about composers compositional techniques. On Mondays she met with composers to learn from them about their techniques and what software they use.

The main work she did at Audiomachine had her edit tracks down from the original length to 30 seconds. She made edits and cuts to the tracks to hear how removing vocals or drums made it sound.

“It was a little bit stressful at first, but I had really great mentors that helped me out with a lot of tech side through that internship,” Byron said. “I was also able to write for them (Audiomachine). It’s been really nice that both internships I ended up writing for them and that usually doesn't happen, so I’ve been really fortunate to have people want to help me out and want to feature me on their website.”

With classes online Byron stayed in Los Angeles to continue her career in music. She is in her fifth year at Berklee, graduating in the spring.

"She is dedicated to refining her art and contributing to the community in equal measure, which I believe is a unique and valuable trait in a performing and composing musician.'