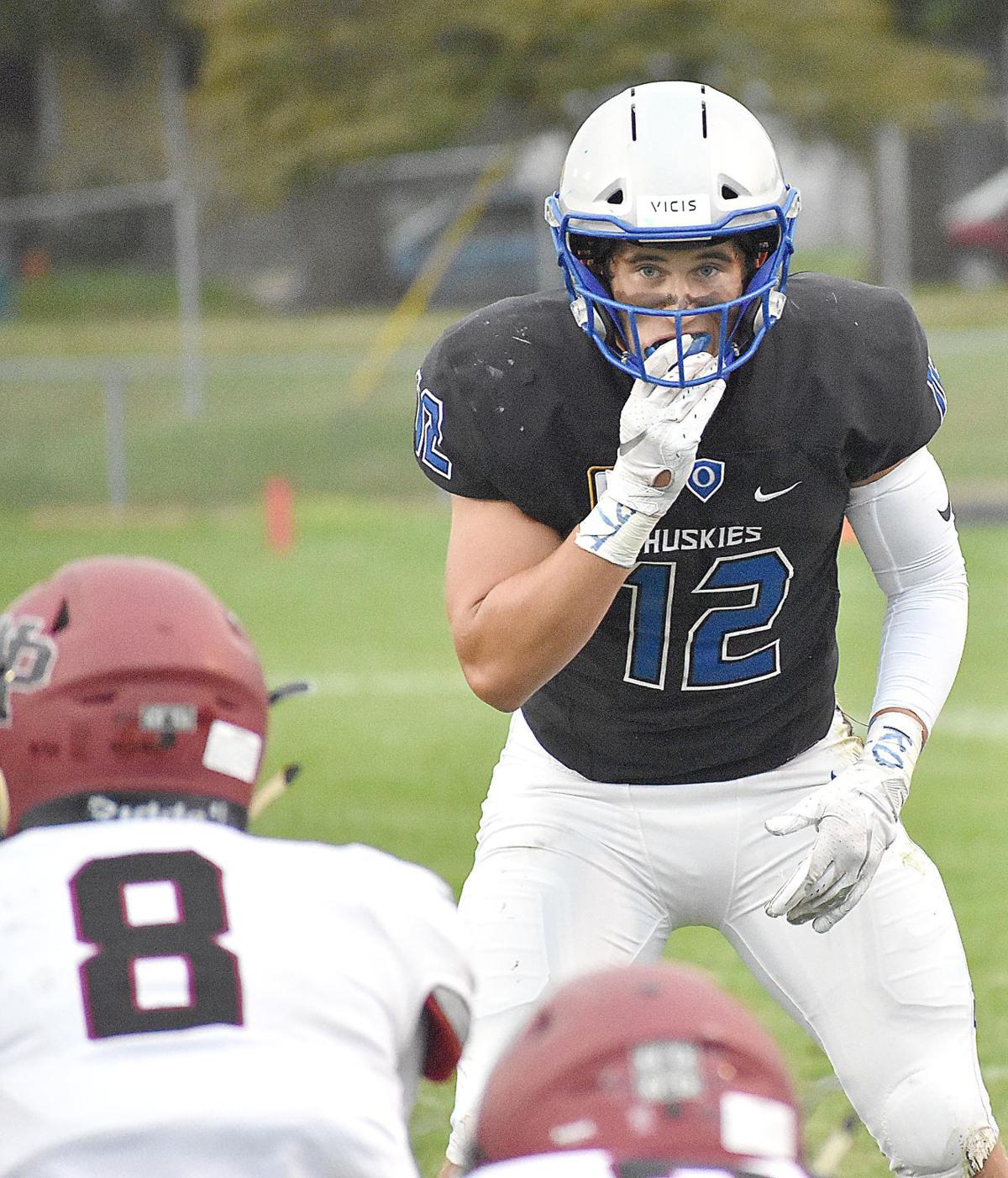 Carson DeKam and Kaia Elstad have been selected as Owatonna High School’s two Triple “A” award nominees, and their applications will now be reviewed at the regional level. Run by the Minnesota State High School League, the competition recognizes seniors who have participated at a high level in academics, arts and athletics and offers a $1,000 scholarship for state winners. (Press file photos) 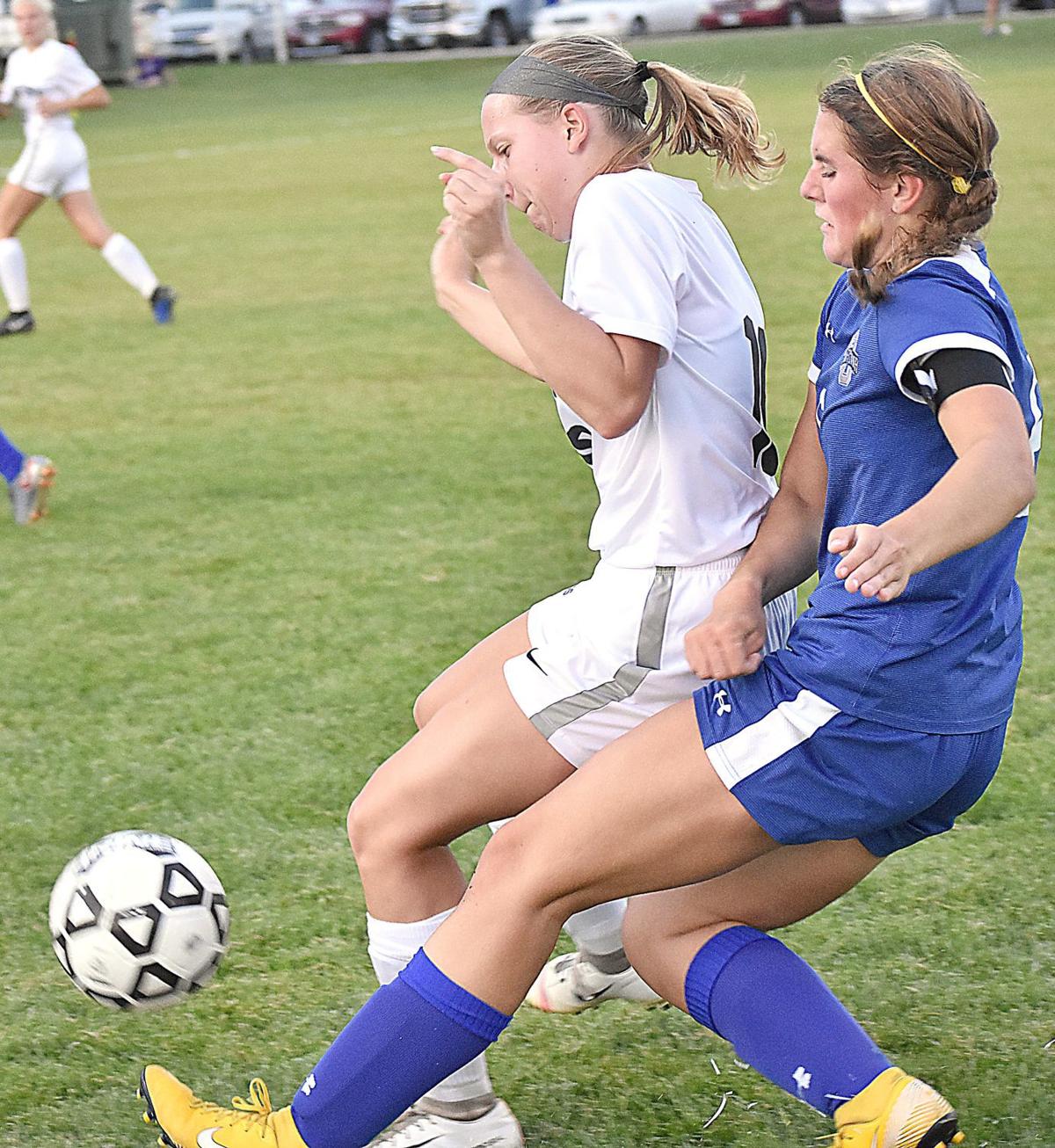 Carson DeKam and Kaia Elstad have been selected as Owatonna High School’s two Triple “A” award nominees, and their applications will now be reviewed at the regional level. Run by the Minnesota State High School League, the competition recognizes seniors who have participated at a high level in academics, arts and athletics and offers a $1,000 scholarship for state winners. (Press file photos)

OWATONNA — Seniors Carson DeKam and Kaia Elstad have been nominated by Owatonna High School administrators as the district’s Triple “A” award representatives, in recognition of their achievements in academics, arts and athletics.

The pair’s applications will now advance to the regional level, after which one male and one female student from the division will be chosen to move onto state.

Both DeKam and Elstad’s resumes include four years of music, varsity sports and the GPA of 3.0 or higher required by the competition, which is run through the Minnesota State High School League. In addition to the breadth of pursuits, OHS Activities Director Marc Achterkirch said staff were also looking for the level at which students participated in each.

Out of the handful of seniors who submitted for the recognition, he said DeKam and Elstad stood out for their leadership both on the field and on the risers. DeKam was captain of the football team, Elstad headed up girls’ soccer and both have served as section leaders in choir and orchestra.

“It’s about how many activities you’re in, and then it’s about your level of success in them,” said Achterkirch, of reviewing applications.

In addition to listing coursework and extracurricular commitments, seniors were asked to answer a few short essay questions on the high school league form about each “A” category and how the three combined have helped their growth.

For DeKam, he said one of the most lasting impacts of his involvement in arts and athletics will be the relationships he’s built with peers through that specialized time.

“I enjoy doing sports and music, but at the end of the day it’s about building relationships with people. I think I have some that could last a really long time,” he said. “You go through a lot of the same struggles and battle adversity depending on how the season goes, but the relationships continue to bloom over time.”

Elstad said she initially found about the Triple “A” award from older siblings, as well as track-and-field teammate Emily Rahrick, who represented Owatonna at the state level in last year’s competition. According to Achterkirch, several Huskies have made it that far in the past, but it’s still a rare occurrence given that all nominees are checking a lot of the same boxes.

“Every school is using the same criteria to send their students, so you’re really going against the best,” he explained, adding that DeKam and Elstad will find out in early to mid-February if they’ve made it on to state.

For Achterkirch, what sets DeKam and Elstad apart is their integrity, and a fourth component of both of their high school careers that doesn’t necessarily fit within the parameters of Triple “A.” For Dekam, the activities director said this was his service and for Elstad, her work as a student trainer.

“First of all, their integrity and character for both students is off the charts. They’re the best kids that you’d ever want to be a part of your programs,” he explained. “Kaia spends a lot of time as one of our student trainers, as well. She’s on the sidelines during basketball and football games, even though she’s also on varsity soccer … and Carson spends so much time volunteering in the community.”

When he’s not in school, DeKam meets once a week with a “little” he mentors through Big Brothers Big Sisters, plays music and sings at his church. Around the holidays, he also works with Trio of Friends to send care packages to families battling a cancer diagnosis.

In her role on the sidelines, Elstad helps out head athletic trainer Terry Carlyle in responding to game-time injuries. While she said she mostly works matches during her off-season — the winter — the training she’s received through the role has come in handy when she’s in the game, as well.

“I’ve helped out in other towns, too,” she explained. “We’ve had a couple instances in soccer where girls have gotten hurt and I can go out there and tell the other trainers I work with ‘TC.’”

In expressing their gratitude for the recognition, both Elstad and DeKam said supportive teachers and coaches have played a huge role in keeping them involved and engaged both in and out of the classroom. For the latter, he said his teachers have never tried to fit him into a box.

“[Peter Guenther] always believed that I could do band and sports and he’s really pushed that and harped on that,” said DeKam, of his band director. “I’m really grateful for that because he helped me to not just define myself by one aspect, but to be well-rounded.”

He added that his football coaches and teammates have also pushed him to be his best every day at practice, and the group has made it to the state tournament three times during DeKam’s career. Finally, both students expressed gratitude to the staff who nominated them for the award.

“I was just really honored,” said Elstad, of her initial reaction. “It’s huge to even be picked from your entire school. It’s a huge honor.”

Plans for the future

After working with Carlyle, Elstad said she’s been inspired to explore the medical field and has committed to the University of Wisconsin – La Crosse. DeKam is still deciding between a few possible schools and fields of study, but he said that communications, marketing, English and computer science are all currently at the front of his mind.

Prior to that, the pair will find out if they’ve been selected to move onto the state level of the Triple “A” competition in early to mid-February, according to Achterkirch. No matter what comes next, he added that DeKam and Elstad have both already achieved something special by being selected out of the several Huskies who applied.

“It’s tough to get nominated out of your high school,” said Achterkirch, echoing the students’ sentiment. “It’s a really big honor.”