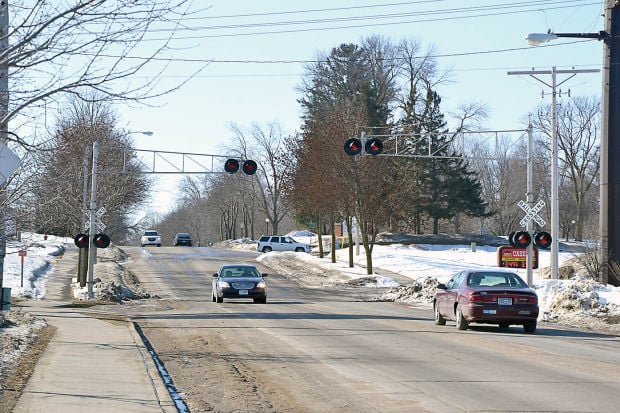 A train collided with a car shortly before 11 p.m. on Wednesday at this railroad crossing on State Avenue between Florence Avenue and North Street in Owatonna. (Al Strain/Owatonna People’s Press) 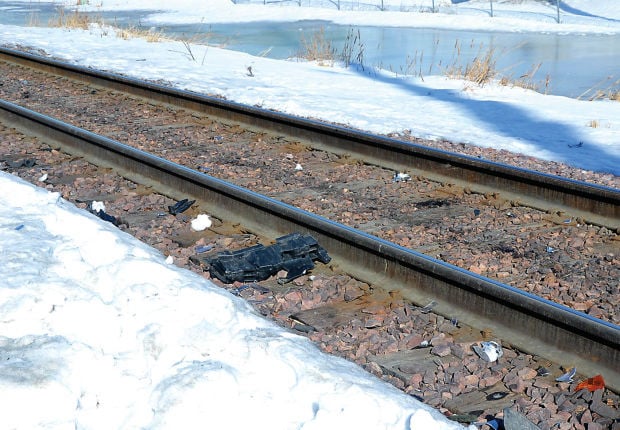 A train collided with a car shortly before 11 p.m. on Wednesday at this railroad crossing on State Avenue between Florence Avenue and North Street in Owatonna. (Al Strain/Owatonna People’s Press)

OWATONNA — Five people were injured on Wednesday night after police say a vehicle ran through the train crossing and collided with the train.

The crash occurred shortly before 11 p.m. Wednesday at the crossing on State Avenue between Florence Avenue and North Street, according to a press release from the Owatonna Police Department. That crossing has no stop arms on the tracks.

OPD has identified the driver as 30-year-old Michael Sirek of Faribault. He was driving a 2007 Chevrolet Impala.

Police say Steinberg, sitting on the left side in the backseat, sustained a head injury and is in serious condition. Hagel, who was the passenger in the front seat, walked away from the vehicle but was still taken to the hospital for evaluation, according to OPD Capt. Jeff Mundale.

Three of the passengers were airlifted to St. Marys Hospital in Rochester. Two more were later transported to St. Marys after being initially taken to Owatonna Hospital. Two Canadian Pacific crew members on the train were uninjured in the wreck.

A spokesperson at St. Marys reported that Hagel has been released from the hospital. Dewberry, Sirek and Watkins are listed in fair condition. Steinberg remains in serious condition.

Mundale said the vehicle had been traveling southbound on State Avenue at the time of the crash. He added that the department's investigation showed that Sirek may have been trying to beat the train and skidded near the tracks.

"There was skidding ... it appears that maybe the driver was trying to beat the train, possibly recognized some danger and then began skidding," Mundale said. "His skid marks kind of led to the right side of the road, and then (the vehicle) was hit by the lead engine."

The train, which was traveling westbound, struck the vehicle on the driver's side.

Mundale said there was no indication that the driver was impaired by alcohol, but police are investigating if other substances may have caused impairment.

Andy Cummings, spokesperson for the railroad, said their preliminary investigation has shown that the bells and lights at the crossing were functioning properly at the time of the accident. Cummings added that the crew did attempt to stop the train.

"The train crew sounded the whistle and applied the train's emergency brake, but unfortunately was unable to stop," Cummings said. "It can take a mile or more to come to a complete stop."

Mundale said one of the passengers saw the lights at the crossing flashing before the accident occurred.

Cummings said the railroad will continue to investigate how the vehicle got onto the tracks.

State Avenue was closed until about 3 a.m. Thursday. Assisting at the scene were units from Gold Cross Ambulance, the Owatonna Fire Department and North Memorial Ambulance of Waseca.

Reach reporter Al Strain at 444-2376 or follow him on Twitter.com@OPPalstrain

I am a reporter for the Owatonna People's Press covering cops, courts, the city beat, business, agriculture and features. I graduated from Wartburg College in Waverly, Iowa in May of 2012. While in college I majored in Communication Arts with an emphasis