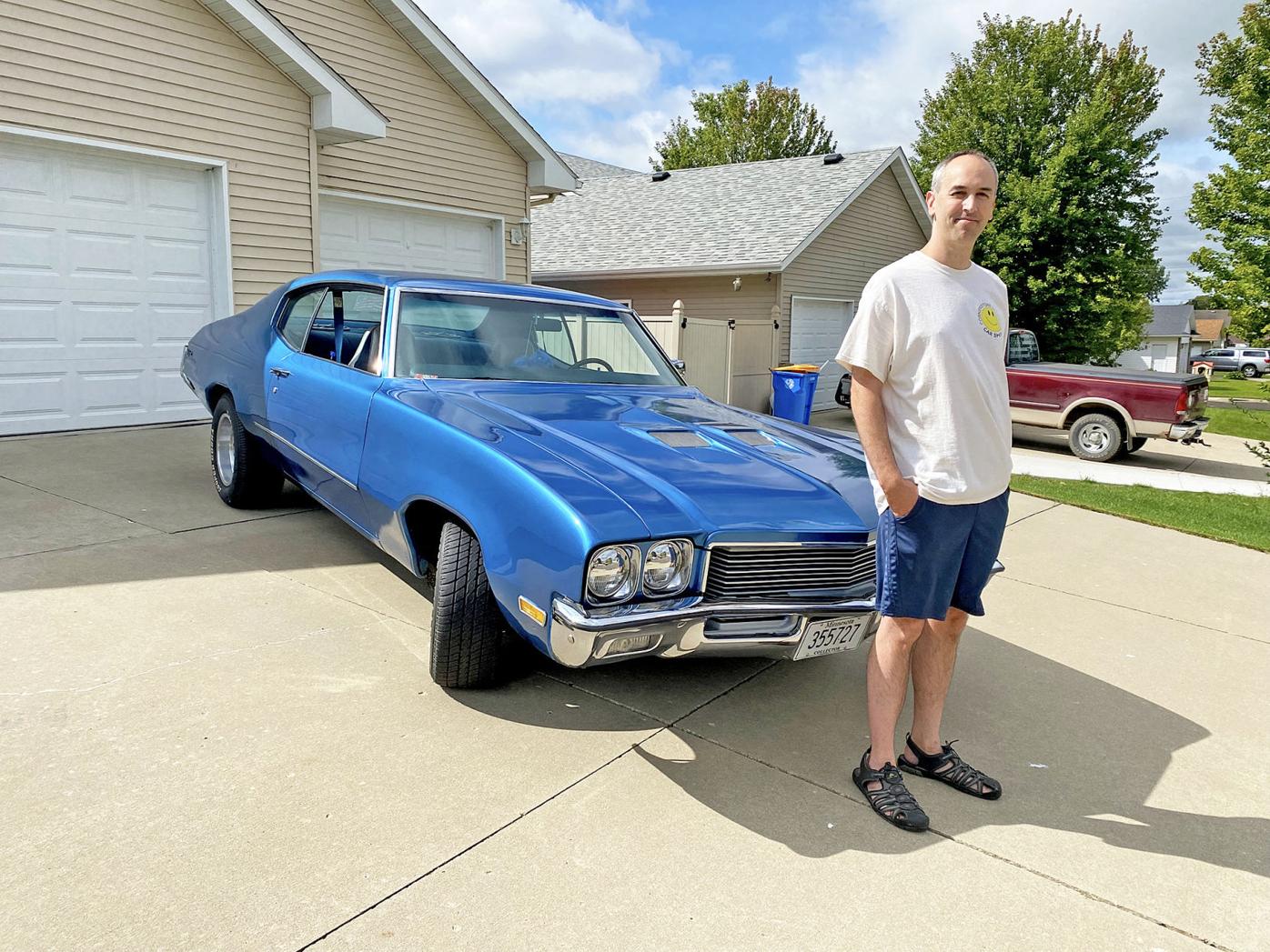 Jason Fawley, who plans the Cornerstone Owatonna Car Show, has been an enthusiast for most of his life, traveling with his 1970s Buick to various car shows. (Emily Kahnke/southernminn.com) 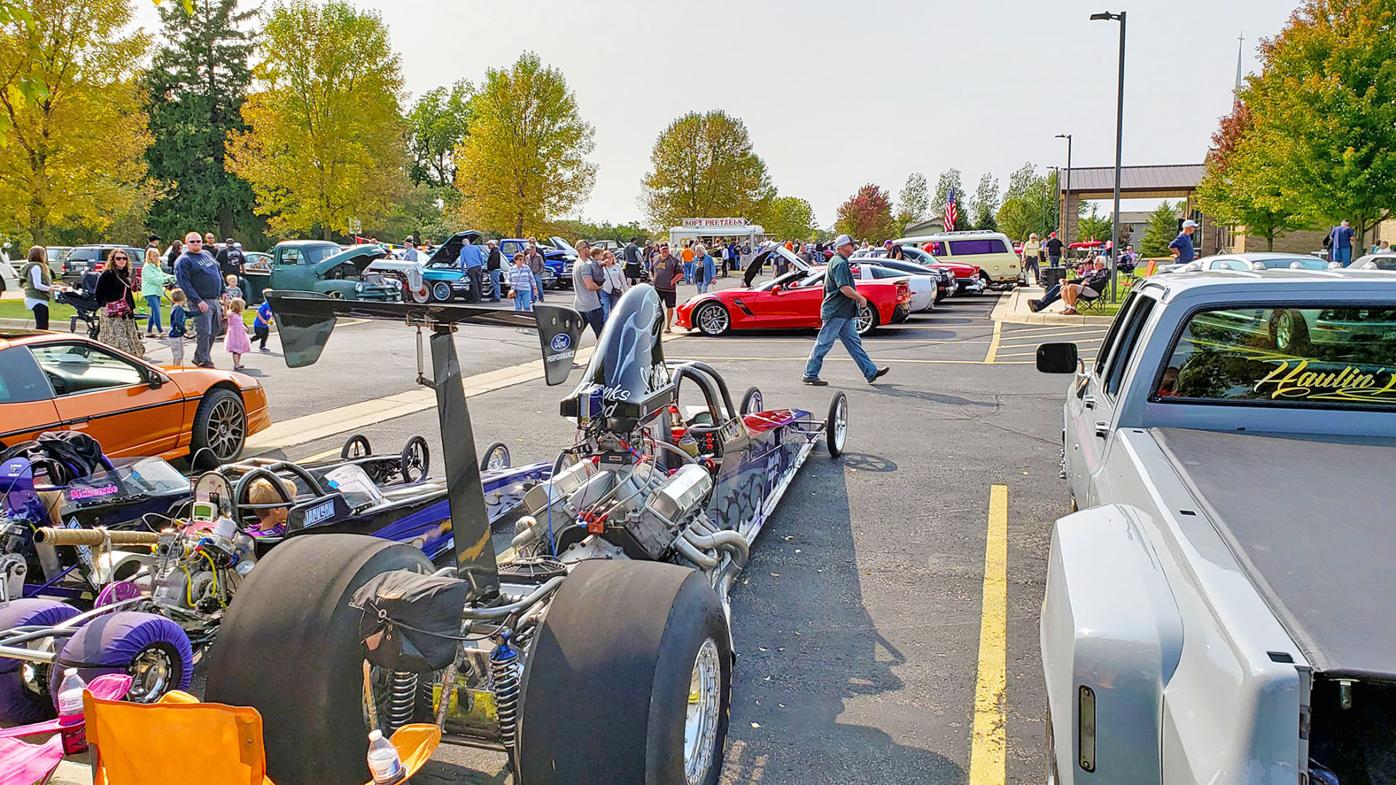 The third Wednesday in September is one that local car enthusiasts have come to look forward to each year in Owatonna.

Since the inception of the Cornerstone Owatonna Car Show in 2011, area residents have been able to meet in the fall to share a love of vehicles, old and new, classic, restored, shiny, rusty and more.

Gary Terrill, a member of the Cornerstone Evangelical Church, first had the idea to start a car show as an enthusiast himself. Knowing that he considered himself a “car guy,” Terrill approached then Deacon Jason Fawley and asked if he would help.

Fawley is no longer a deacon at the church but is still a member. He has since taken over coordination of the event with his wife, Shannon. The Fawleys, along with many other church members, are volunteering their time to make the show a success each year.

Luckily, the car show was able to be held last year, despite the COVID-19 pandemic. Fawley said they had more than 160 cars and more spectators attend the show.

Anything with wheels and a motor are welcome to be shown at the event. Each year, people bring their cars, trucks, motorcycles, tractors and even antique snowmobiles.

“We’ve had Model T’s and brand new electric cars and everything in between,” Fawley said. “One year, a guy and his son brought a lawn tractor they modified.”

Fawley has a couple prized vehicles that he enjoys bringing to the show. He owns a blue 1973 Buick Skylark and a black and bright green Pontiac Fiero. He says he and his wife enjoy taking the cars around to other shows as well.

“It’s hard to miss the Fiero because of the color.” Fawley said. “It’s a cool car, because they were only made for four years back in the 80s and the engine is in the rear of the car.”

The show isn’t just for looking at new or old vehicles. According to Fawley, it’s a great place for other car enthusiasts to connect in the community. At the event, the church provides hot dogs and sodas to attendees. There is also music and a pinewood derby track for kids to race Hot Wheels cars.

The first 100 cars to arrive and register will receive a dash plaque which doubles as a magnet in celebration of the 10th anniversary of the event.

Goodie bags will also be given out at random to those who register a vehicle throughout the day. Attendees cast their votes for their favorites. Twenty awards will be given out to the fan favorites, and a trophy and plaque will be awarded to the vehicle that’s voted “best in show.”

“It’s a great way to share a passion that I already had with cars,” Fawley said. ”I’d been into cars since before I could drive, so being involved in the event since the beginning has been great.”

Fawley hopes the event will continue to grow and draw more people each year. He hopes to one day be able to have live music at the event, but that requires a little extra planning and remains on a to-do list for now. He says he always enjoys this event and looks forward to it each year. He also greatly appreciates all of the hard work other members of the church put into it before, during and after the show.

The Cornerstone Owatonna Car Show is located at the Cornerstone Evangelical church in Owatonna. The event begins at 2 p.m. Those who intend to enter their vehicles into the show may do so prior to the event or register the day of. The event is free to all who attend; donations are welcome but not required. The awards will be given out near the end of the show around 5 p.m.

Attendance if free for everyone. Donations are accepted but not required.