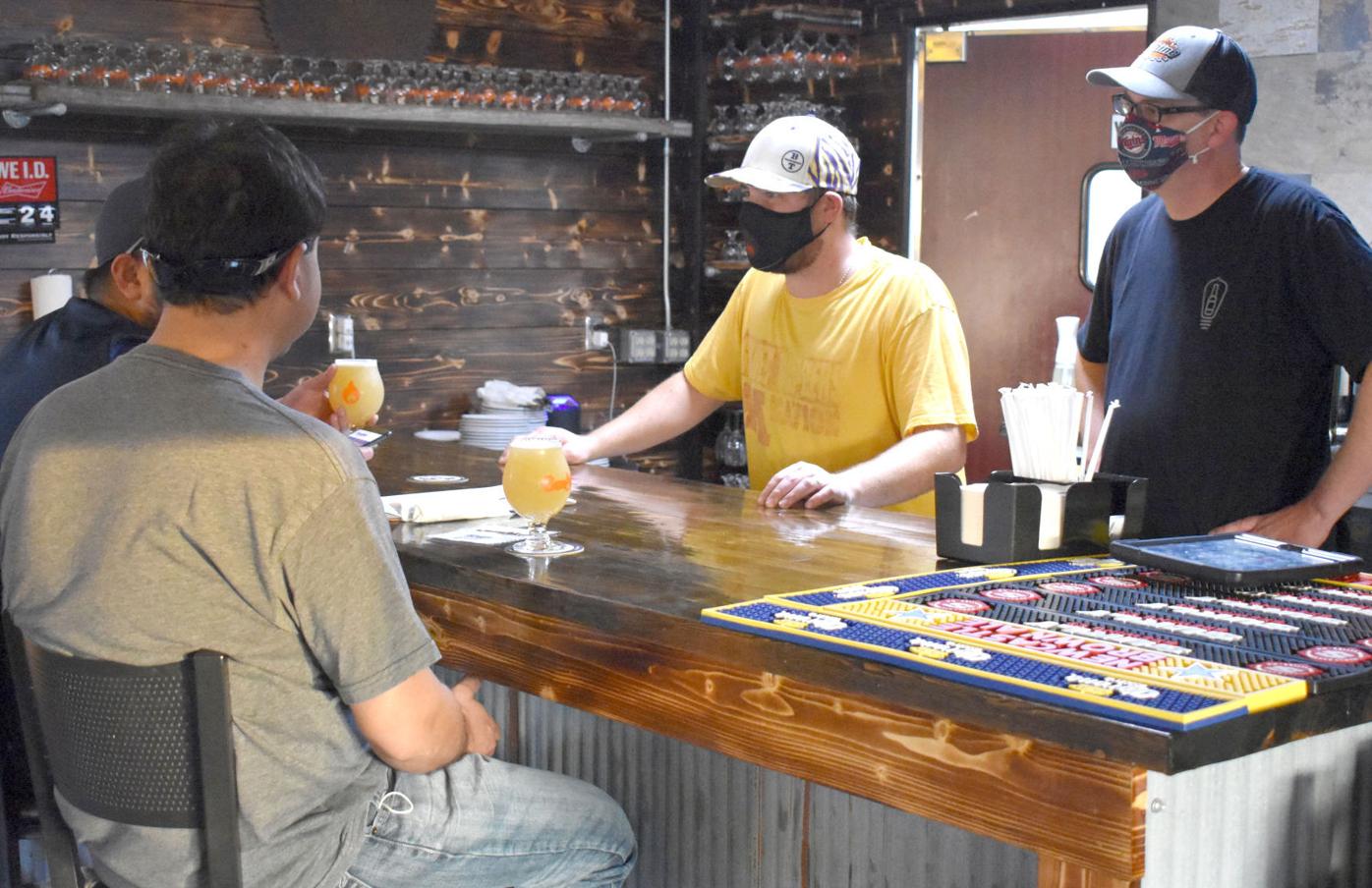 Smoke owner Andrew Rasmussen, center, and bartender Shawn Ambuehl wait on a couple of customers at the bar on a September evening. The restaurant was allowed to open at 50% indoor capacity Monday (News Review file photo/southernminn.com) 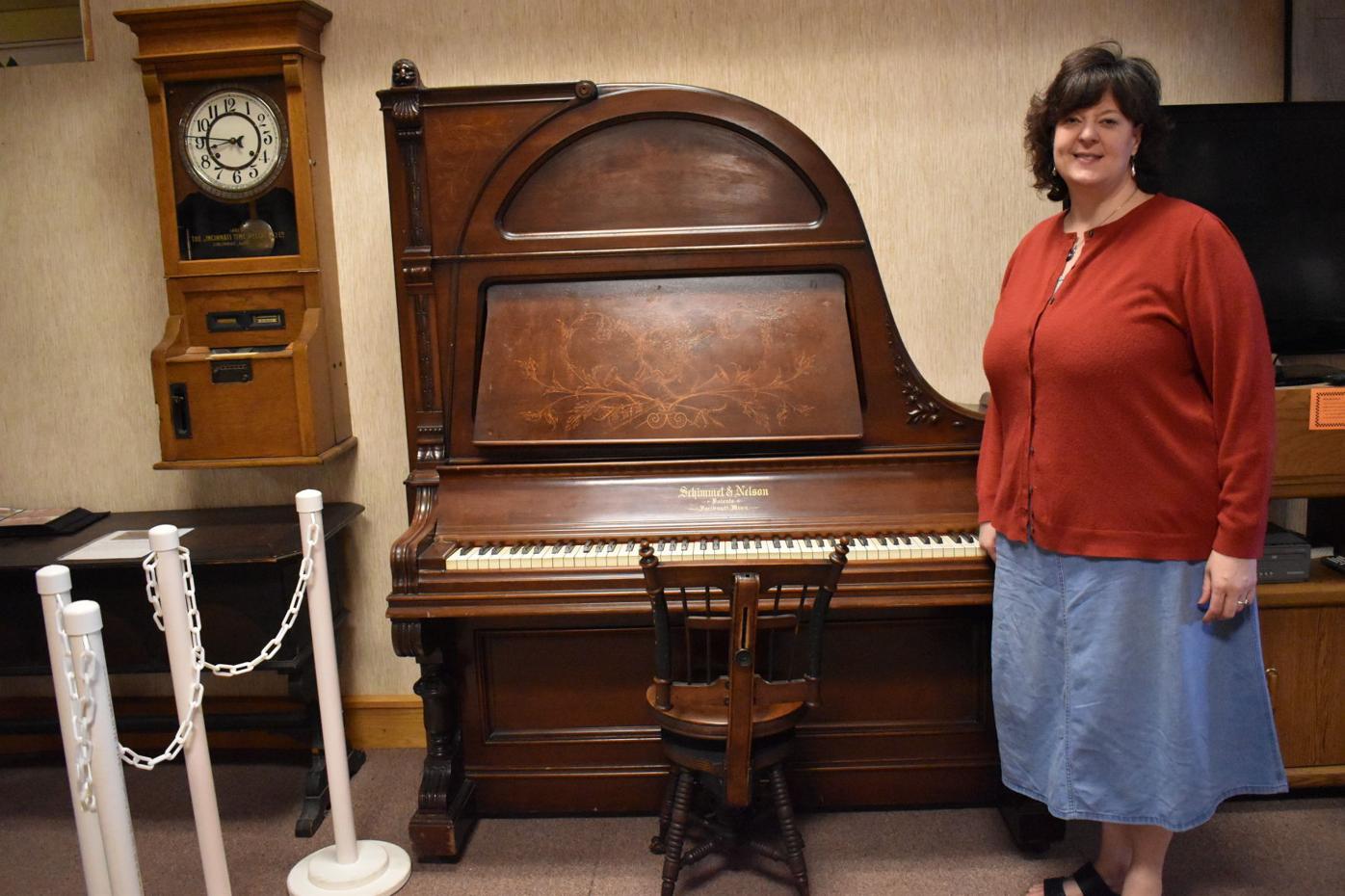 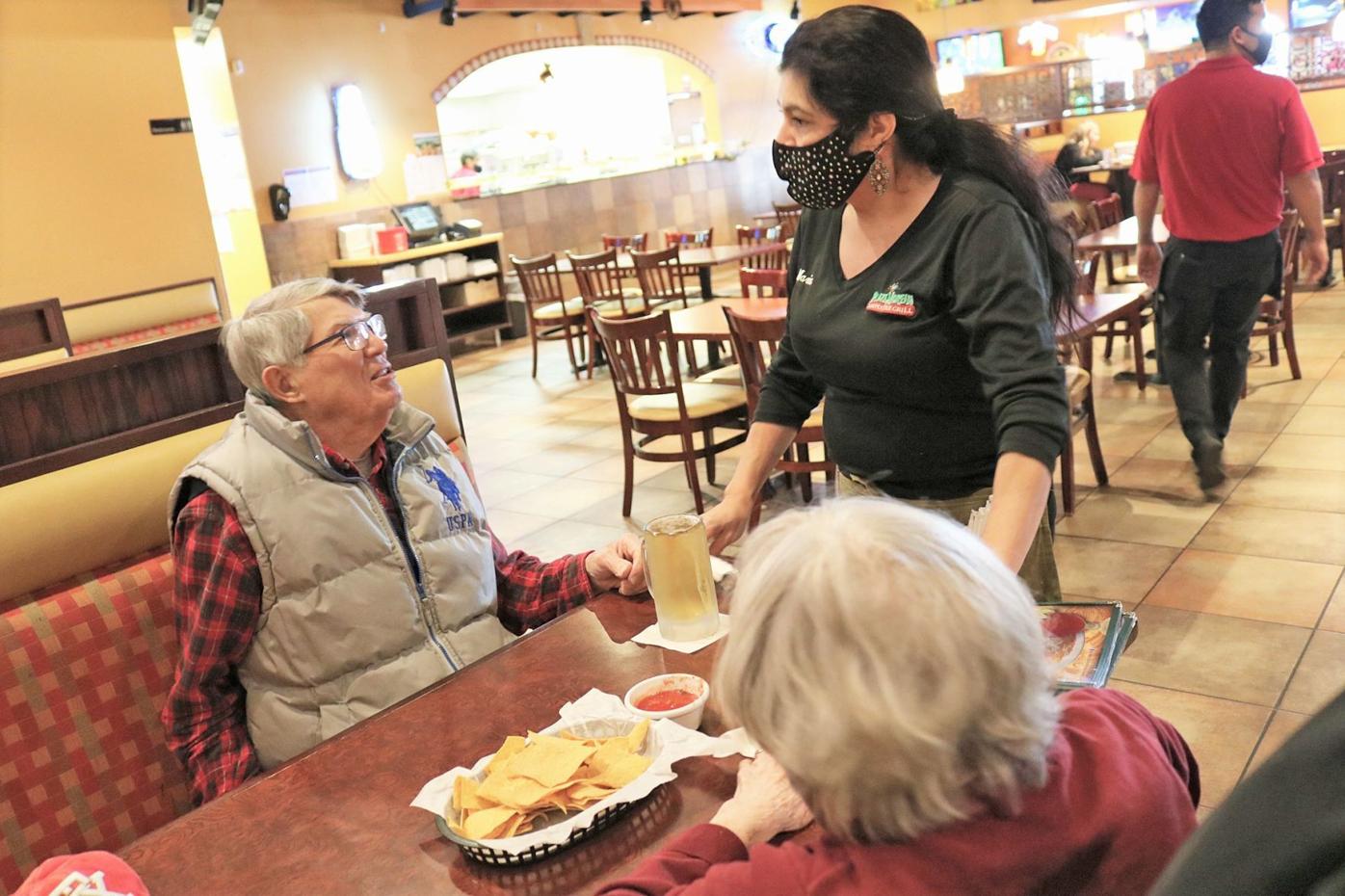 Smoke owner Andrew Rasmussen, center, and bartender Shawn Ambuehl wait on a couple of customers at the bar on a September evening. The restaurant was allowed to open at 50% indoor capacity Monday (News Review file photo/southernminn.com)

Local restaurant and museum owners are thankful they’re now able to open — even at 50% capacity — after months of dropping revenue and associated shutdowns public health officials say are needed to control the spread of COVID-19.

Gov. Tim Walz announced Wednesday that he’d loosen restrictions on restaurants, bars and other entertainment venues. Among other things, he announced that indoor dining would be allowed at 50% capacity with a maximum of 150 people, and bars can again have customers, but are limited to parties of six who are seated at properly spaced tables and parties of two at bar seating. Venues like bowling alleys, movie theaters and museums can reopen at 25% capacity.

In easing the restrictions, Walz said coronavirus positivity rates were lower than they were when the restrictions were imposed, and the strain on hospitals had lessened. The DFL governor said he would feel comfortable eating at a restaurant once indoor table service returns. Walz, however, cautioned that a return to normal operations for the hospitality industry, with full bars and restaurants, without any masks or restrictions, is still a ways off.

The news was especially welcome for Jose Herrera, owner and president of Plaza Morena Campestre Grill in Owatonna. During the nealry 10-month long pandemic, some businesses closed permanently while others struggle to survive. He said remaining open has been “very, very tough,” for his restaurant.

The original state shutdown last spring reduced sales to between 65% and 70% of normal levels, but the latest closure of in-person dining from November on left Plaza with only about 50% of its revenue for the remainder of the year. He said he became nervous with the extended shutdown and wondered whether Plaza Morena would receive any outside funding to help ease the burden it caused.

Herrera believes the restaurant had enough staffing to ensure safe operations during the last shutdown, adding he was concerned that unemployment checks his employees then received wasn’t enough to support their families.

Still, Herrera thanked the community for its support, adding that he hopes another shutdown is not needed.

‘I am very grateful’

Lonsdale-based restaurant and catering service Smoke, which opened in August 2020, still has not yet operated at full capacity. However, Smoke has already catered 35 events, from weddings to small corporate events.

Owner Andrew Rasmussen also said the second shutdown caused business to become “pretty slow,” while electric bills piled up and profit margins were slim. Though Walz’s extension of the order last month allowed for outdoor dining, he said that option didn’t work for Smoke as it did for breweries throughout the state.

Rasmussen added his restaurant has a strong COVID-19 plan, including contactless to-go orders that includes customers scanning their credit cards. He noted staff is taking every precaution to ensure the well-being of their guests.

To Rasmussen, the Centers of Disease Control and Prevention, and Walz undoubtedly have more information on the pandemic than he has, adding business owners such as himself must trust that the government has their best interests in mind.

Michael Tupa, owner of Faribault-based Joe’s Sports Cafe, said he and his staff are “excited that we are getting the opportunity to serve the public.” He acknowledged how challenging COVID-19 and the associated impacts have been on the restaurant industry during some of what’s typically the busiest stretches of the year, and noted he is following all state and local health guidelines in reopening. Staff members noticing any cold or flu-like symptoms are not allowed to enter the building. They’re also regularly sanitizing tables, menus and all other touch points.

“We’re excited that we are getting the opportunity to serve the public,” Tupa said.

Rice County Historical Society Executive Director Susan Garwood said though the shutdowns last spring and in November impacted revenue, she understood that the decision to do so came from a public health perspective. The shutdowns came at relatively non-busy times of the year for the Historical Society, but the facility still wasn’t able to host any large events last year.

“We’re thrilled,” she said of opening again. “We understood completely why we needed to close.”

Garwood said the Historical Society has recovered lost revenue this year through the Paycheck Protection Program, grants offered through the Coronavirus Aid, Relief and Economic Security Act, and individual donations. The Historical Society’s exhibits this week include Native American history, sports, military, a main street exhibit and other historic pieces. Next week, a traveling exhibit made available through the League of Women Voters will be available.

Garwood noted the safety precautions the Historical Society is working with include instituting one-way traffic, asking everyone to wear a mask, and starting a contactless in-house payment system. Staff is washing hands and using hand sanitizer, and only 10 people are allowed in the museum gallery at a time. The society’s research facility still hasn’t opened, something Garwood attributed to staff not being able to accommodate social distancing while making the resource available. Instead, it’s encouraging remote research when possible.

“We’re excited that we are getting the opportunity to serve the public,” Tupa said.