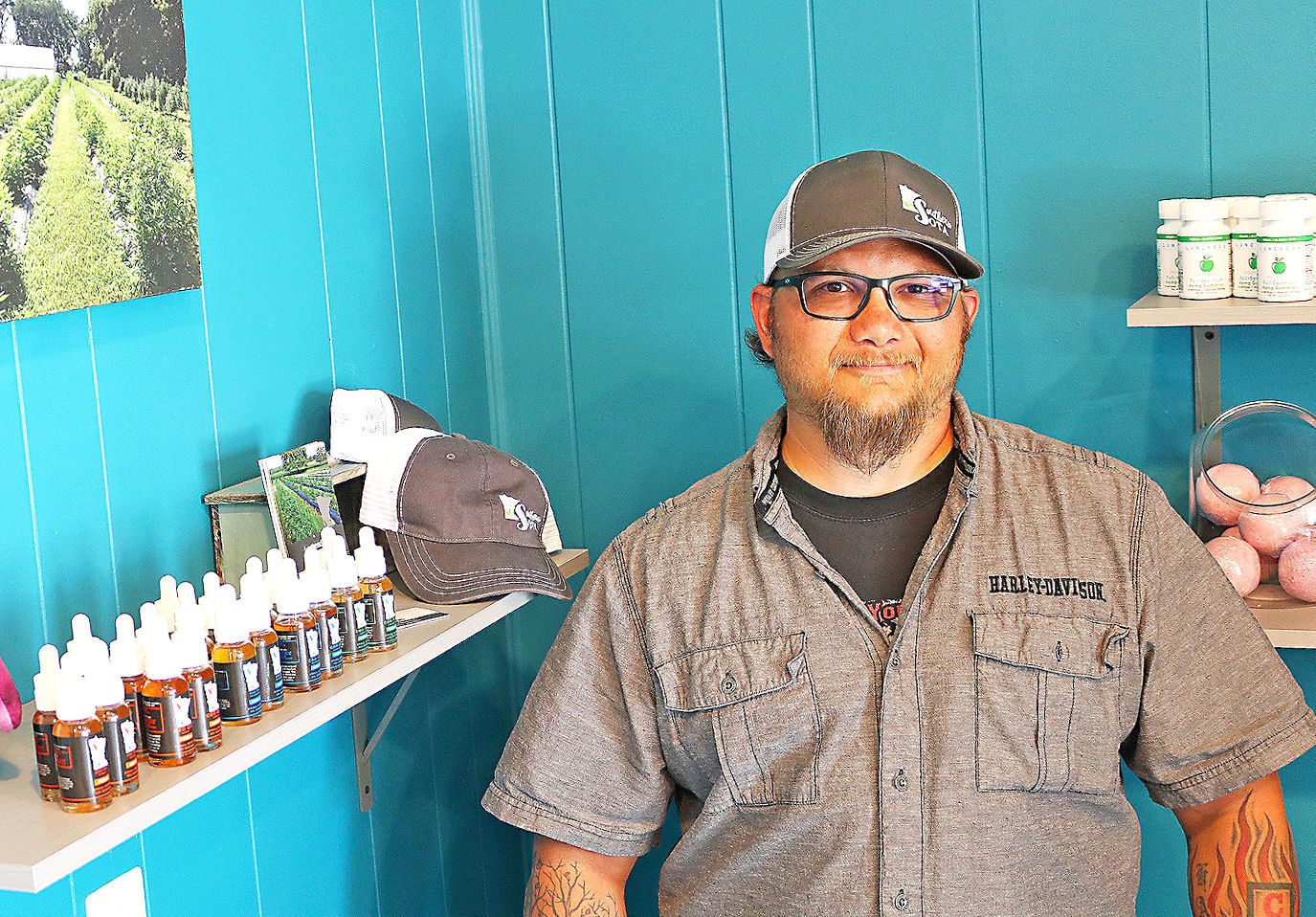 Jerry Collins says the last year has given him the best sleep he’s had in his life — thanks to CBD products. In June, Collins opened the second location of his store, Big Dream Organics, in downtown Owatonna. The shop sells CBD products from locally grown hemp farmers, including SouthernSota Growers in New Richland. (Annie Granlund/People’s Press) 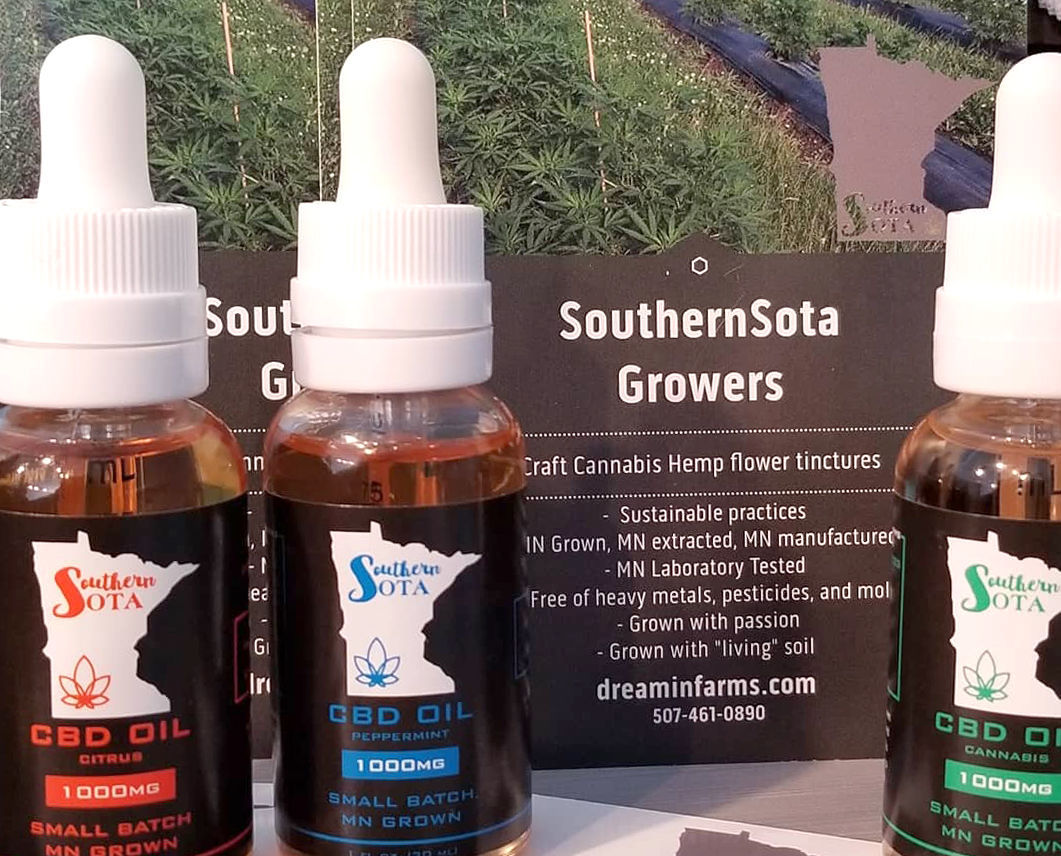 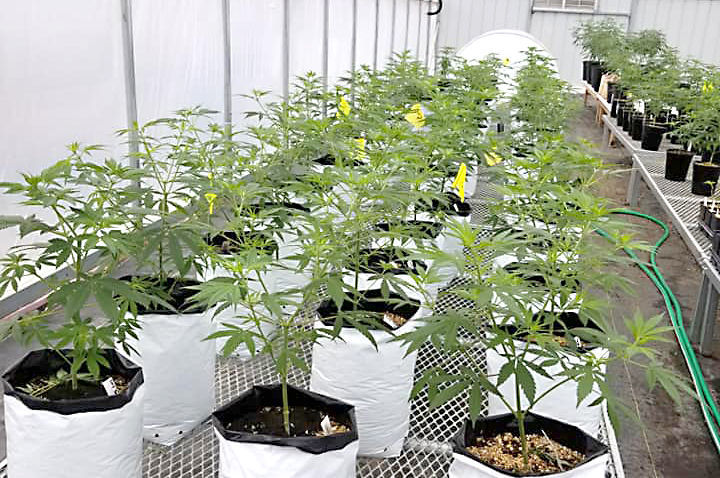 Jerry Collins says the last year has given him the best sleep he’s had in his life — thanks to CBD products. In June, Collins opened the second location of his store, Big Dream Organics, in downtown Owatonna. The shop sells CBD products from locally grown hemp farmers, including SouthernSota Growers in New Richland. (Annie Granlund/People’s Press)

Over the last couple of years, Minnesota — and the rest of the nation — has been hit by what’s referred to as the “CBD boom,” the growing trend of farmers ditching their former crops for hemp as consumers continue to reach for anything and everything infused with CBD.

Two shops that exclusively sell CBD products opened near downtown Owatonna within the last month, offering products that promise to promote better sleep, less pain and a high-quality experience. One shop in particular, Big Dream Organics, is on a mission to educate customers the chemistry and benefits of CBD while working in collaboration with local growers.

“When I started using CBD, I was having a lot of mixed results from products I was buying online, which was kind of the only way to get it even just a year ago,” said Jerry Collins, who was looking for ways to get a better night’s sleep and hoping the CBD would be his answer. “I started looking around and doing research on the products trying to find the best stuff that was clean and included third-party testing, and there wasn’t a lot of accurate representation on stuff that actually worked.”

Realizing there was a gap in his hometown, Collins decided to go into business and the fill that need, opening Big Dream Organics in Albert Lea in May 2019. Originally, Collins and his partner, Angie Obermeyer, figured they would “just see what happens” with that first store, excited to see that there was definitely a demand in their community.

“We have a lot of great customers and we get new ones every week,” Collins said about the Albert Lea location. “We had been talking to one of the young men that grows for us on a small family farm outside of New Richland, and he said that nobody was really doing this yet in Owatonna and that it would be a good market and place to grow.”

Originally planning on opening in April, Collins and Obermeyer temporarily put their new Owatonna store on hold due to the ongoing COVID-19 pandemic. Taking the opportunity to arrange their building exactly how they envisioned, the pair finally opened doors in the middle of June, providing a variety of CBD products, including two Minnesota-based lines.

“We provide 5th Sun Gardens out of Lanesboro and (Dreamin’ Farms‘) SouthernSota Growers from New Richland,” said Obermeyer. “We really try to stay as local as we can with our purchasing.”

Lance Perkins, the grower and owner of SouthernSota, said that working with local retailers has been one of the most effective tools in fighting the stigma that CBD and hemp products tend to have working against them.

“This is not dangerous,” said Perkins, who has extensive experience in horticulture, growing vegetables for more than 10 years before switching over to hemp. “It’s important to allow the public to know that there is a very approachable way to this plant that isn’t scary, and it’s CBD.”

According to Collins, the difference between hemp and marijuana is the level of Delta-9-tetrahydrocannabinol or THC the plant contains. The federal government recognizes anything with more than three-tenths of a percent of THC as marijuana, and anything less as hemp.

“What you’re left with is the non-intoxicating substance,” Collins said. “The government won’t go so far as to say that there are health benefits, though, which is one of the things the state has been very particular on is making claims of what [CBD] can and cannot do.”

CBD, or cannabidiol, a chemical found in marijuana and hemp, does not produce the high associated with marijuana. And while there’s plenty of anecdotal evidence and manufacturers touting their CBD-infused products, only one product with CBD oil has been approved by the U.S.Food and Drug Administration. Currently, research on CBD is very limited.

For Collins and Obermeyer, what CBD has done for them is helped them with sleep and relieved them of pain — pain that Collins admits he didn’t know he had until it was gone.

With just a little more than two weeks under their belt in Owatonna, Collins said that his goal for Big Dream Organics is to provide consumers with safe, locally grown products and to educate them on what CBD can do for each individual.

“Our drive is to be the place to go in southern Minnesota and northern Iowa for education and information on cannabis,” Collins said. “I just want to give anybody who wants the opportunity to try products made from the cannabis plant, to give them the opportunity based on the last year of my own life and being very comfortable with it, and to see their reaction when they come back after a positive change.”

Collins said that he feels lucky to have found a home in Owatonna, noting that the community has been both welcoming and open minded to a product that originally they could only find in gas stations, smoke shops and less well-traveled stores.

“The Owatonna area has a really awesome small business environment along with some larger players in the industrial sector,” Collins said. “It’s a good population base to work with, and I really think that once people try a real quality product and have that experience that they will come back — and they always do.”

Hours of operation are Monday through Friday from 10 a.m. to 6 p.m.

CBD ReLeaf of Minnesota in Owatonna opened on June 1, offering a variety of CBD products provided by Green Door Farms in Tennessee.

The store is located at 346 West Bridge Street.