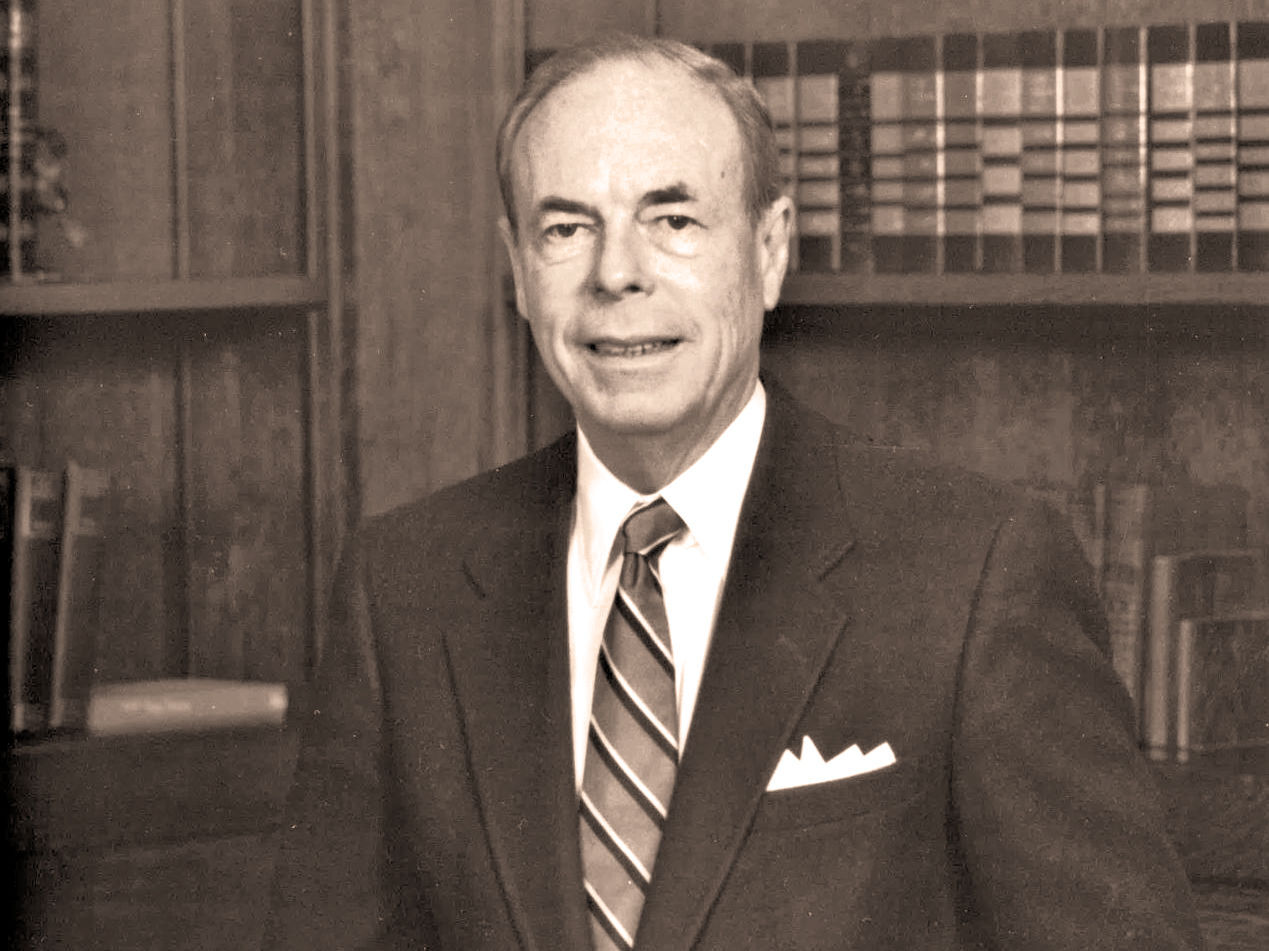 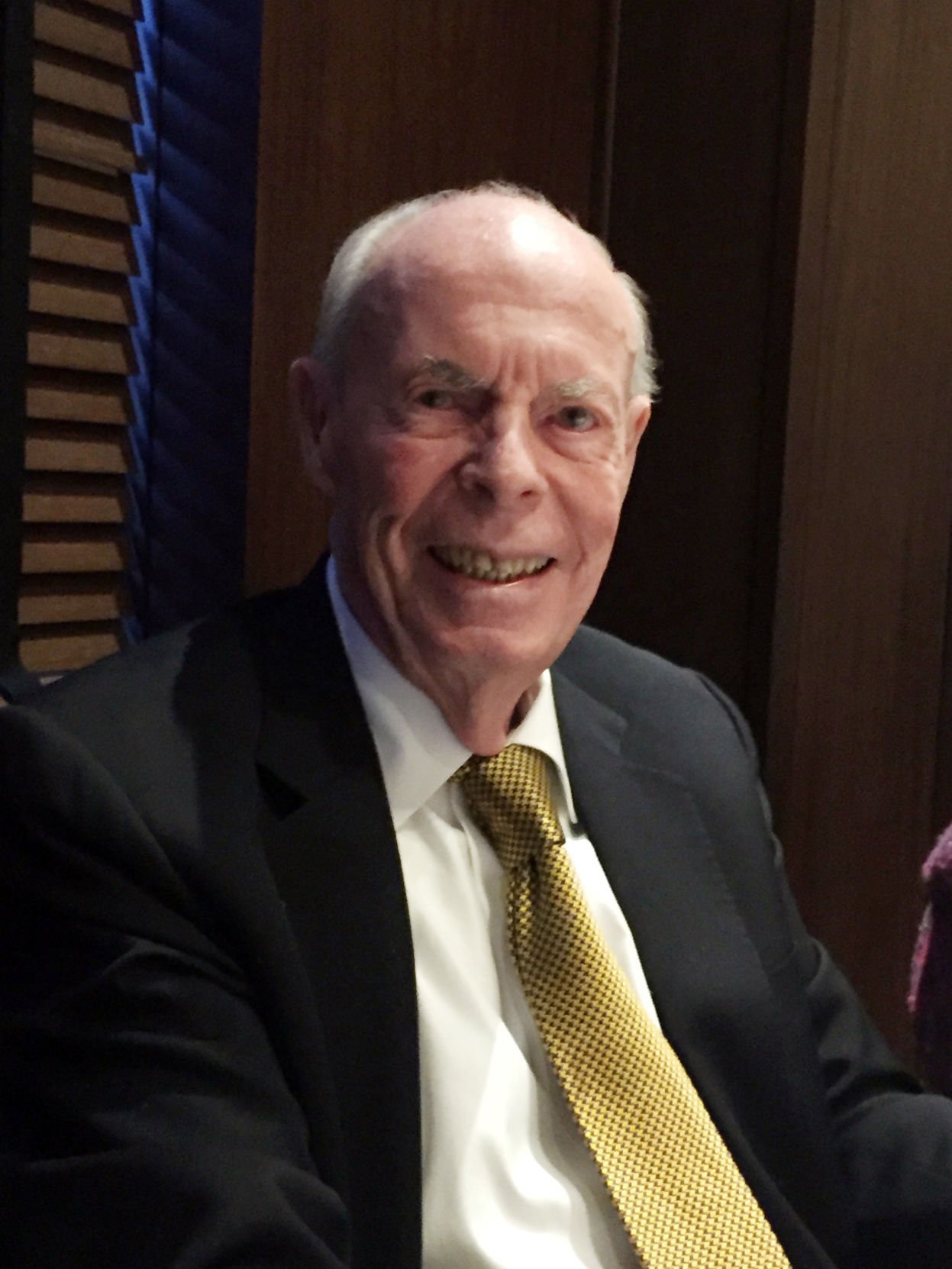 Fred Austin, who spent his career at Federated Insurance and retired as its president, was known as a people person.

“He cared about the three F’s: family, friends and Federated,” his son Brad Austin said.

He was born in Owatonna on April 19, 1926 and graduated from Owatonna High School in 1944. He served in the U.S. Army Air Corps from 1944-46. He attended Mankato State College to play baseball after completing his military service, but finished his degree in business at the University of Minnesota in 1949.

He married his wife Joyce on Sept. 25, 1948 and they returned to Owatonna to help raise his younger sister after his mother died of cancer in 1949.

Mike Kerr, current president and CEO at Federated, remembered Fred encouraging him to grab onto opportunities and begin thinking about marketing as a career.

“‘Grab the brass ring,’” Kerr said of one of Austin’s favorite sayings.

Federated’s growth from a regional company to a national one happened under Fred’s leadership in marketing and as president. Some of the programs and incentives he created at Federated that still exist today help marketers establish their careers, according to Kerr.

“To keep Federated working as a team, the least important word in our vocabulary should be ‘I’ and the most important ‘We,’” Fred’s mantra at Federated went.

Fred’s son Charlie Austin, who also worked at Federated for 32 years, called his father “very driven, very outgoing and very compassionate” and he was a man people could trust. His father wasn’t a flashy person who tried to be someone he wasn’t. He had a knack for remembering the people he talked to and what they discussed the last time they talked. At a luncheon hosted by Federated at a national convention, he’d be able to introduce everyone and he was skilled at connecting with people, Charlie said.

Federated Chairman Jeff Fetters also noted Fred’s interest in getting to know everyone and making them feel at ease.

“It felt like he’d known you for years,” Fetters said. “Fred, and his wife Joyce, had the incredible ability to remember names of people, meeting you once and knowing your name. Fred cared to know people.”

Since Fred’s death, many of Brad’s friends who work at Federated have reached out to talk about the impact Fred had on their lives.

“He really cared about people and people’s success even more than his own,” Brad said.

He built relationships and friendships throughout his career and passed on that grounded value to his children, Brad said. Charlie noted that his parents paved the way for their children.

“They poured their hearts and souls into their family life,” Charlie said.

Fred traveled a lot for work, but he could always be counted on to be in the crowd at his sons’ hockey and football games. Outside of work, he’ll be remembered for throwing a football around in the backyard with his sons and their friends, Charlie said.

“He valued what was important,” Brad said, adding that his dad’s motto was, “You work hard to play hard.”

Fred loved Owatonna and wanted to make it a better place, Brad said. He served as president of the Owatonna Parks and Recreation Board, was a director on the First National Bank Board and a member of the Board of Trustees for Associated Church. He was also instrumental in raising the money to construct the Four Seasons Centre as chair of its finance committee.

He loved the outdoors, including hunting and fishing, and took his family up their vacation home in northern Minnesota. He enjoyed traveling and Brad said they were privileged to have a father who wanted to ensure they had fun and rewarding activities in their lives.

“I’m very grateful to have him as a father,” Brad said.