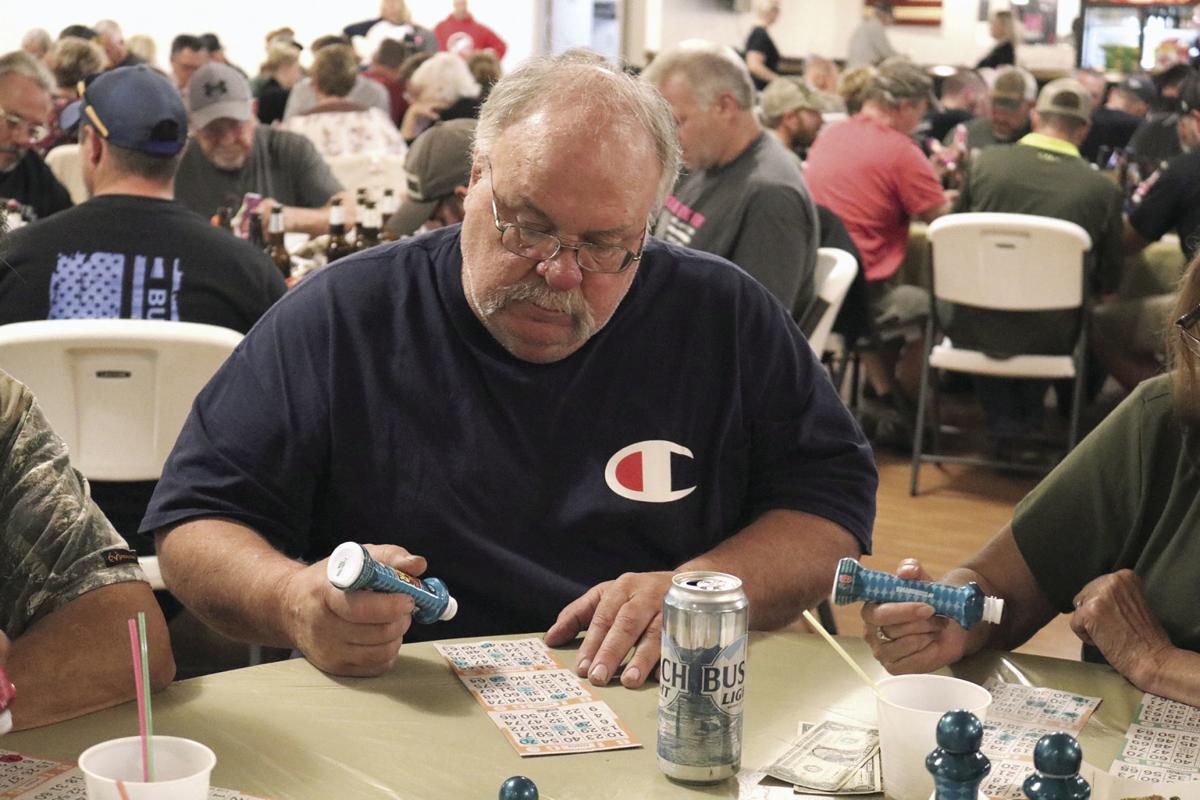 More than 200 people showed up for Gun Bingo in Blooming Prairie on Thursday night, aiming for a shot at winning a hunting rifle while raising funds for cancer research and supporting cancer patients. (Annie Granlund/People’s Press) 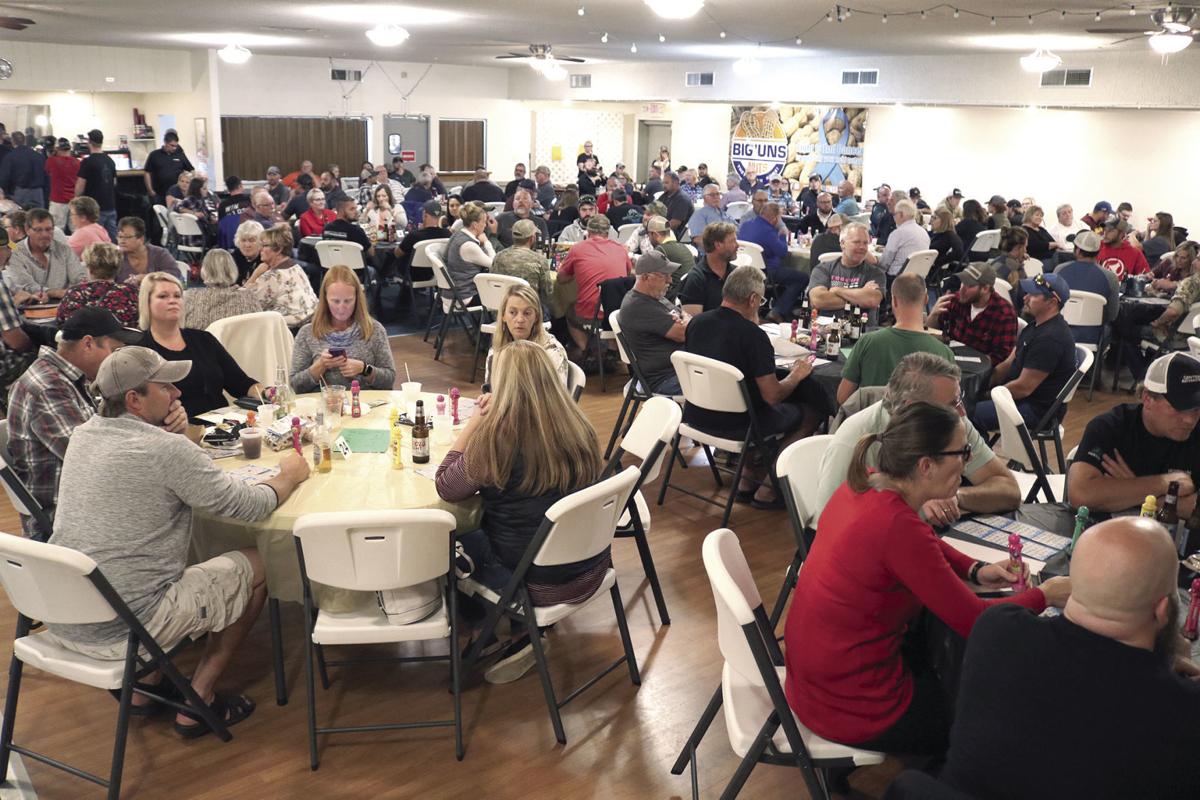 The sold out Gun Bingo event raised $17,000 for the Blooming Prairie Cancer Group. The Cancer Group will donate part of the money to cancer research while using the rest to support people in the surrounding area that are battling cancer through their community fund. (Annie Granlund/People’s Press) 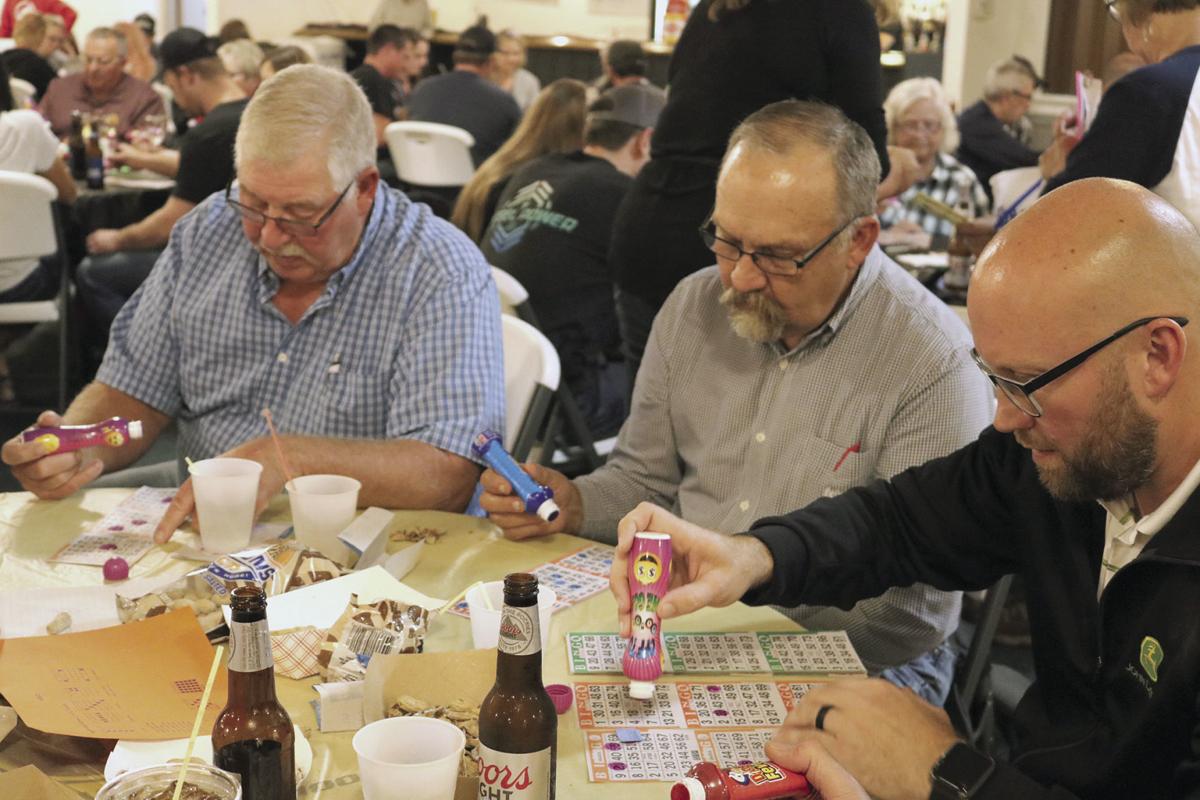 When Gun Bingo was first scheduled earlier this year, organizer Connie Trom hoped they would make about $5,000. (Annie Granlund/People’s Press)

More than 200 people showed up for Gun Bingo in Blooming Prairie on Thursday night, aiming for a shot at winning a hunting rifle while raising funds for cancer research and supporting cancer patients. (Annie Granlund/People’s Press)

The sold out Gun Bingo event raised $17,000 for the Blooming Prairie Cancer Group. The Cancer Group will donate part of the money to cancer research while using the rest to support people in the surrounding area that are battling cancer through their community fund. (Annie Granlund/People’s Press)

When Gun Bingo was first scheduled earlier this year, organizer Connie Trom hoped they would make about $5,000. (Annie Granlund/People’s Press)

BLOOMING PRAIRIE — It seemed like half the town gathered on the north side of the city Thursday night as cars spilled out of the Blooming Prairie Servicemen’s Club parking lot into the surrounding streets.

Upon entering the building, the overflow continued as more than 200 people crowded into the banquet hall for a truly unexpected event.

The Blooming Prairie Cancer Group hosted its first-ever Gun Bingo in hopes of raising extra funds for their community fund as well as for cancer research.

“I just wanted to raise $5,000, that was my goal,” said Connie Trom, the head organizer for Gun Bingo. “I think it’s safe to say that we really surpassed that.”

After the sold-out event ended and all the money was counted, Trom said that Gun Bingo, which allowed bingo players a chance to win a variety of hunting rifles, raised a total of $17,000.

“I still can’t quite grasp just how generous the people were,” Trom laughed. “I’m just sitting here in awe of it.”

Trom first got the idea for this new and unusual, if not unique game of bingo from her sister’s boyfriend, stating that he hounded her with the idea insisting that if the Cancer Group didn’t jump on it that someone else would. Finally giving in, Trom said her original goal was just to make sure that they didn’t lose money on the prizes.

“I figured we needed at least 100 people just so we wouldn’t lose money,” Trom said. “But then two amazing things happened.”

First, Trom said they easily sold 150 tickets before the event was here, putting much of her worries and anxiety at bay. The other game changer, however, came from the giving hearts in the community. Of the 15 guns that were given away as either a bingo or a raffle prize, the Cancer Group only had to purchase three.

“We had people in the community sponsor guns in memory of loved ones who had lost their cancer battle or in honor of people who were fighting it,” Trom said.

Throughout the night, the bingo caller read small biographies of the guns that were in honor or memory of someone, sharing intimate details about an incredibly hard moment for a variety of people.

“Whenever we have people come to our events, even if they are from out of town, they all have a connection to cancer,” Trom said, adding that she lost her husband to brain cancer in 2013. “I think it’s something that sadly everybody can relate to. It’s unfortunate, but true.”

The silver lining, however, is that Trom believes the disease brings everyone together to fight one common enemy. Over the years, the Cancer Group has hosted a vast assortment of fundraisers, many of which resulted in the same people donating and coming out in support. That wasn’t so much the case on Thursday, though, as the members of the Cancer Group joked about how they hardly knew anyone in the room.

“That was the real beauty of this night,” Trom boasted. “Sometimes it feels like we hit up the same businesses and people for our events and we are always talking about ways to reach different people. This was it.”

Trom said that the group on Thursday largely consisted of avid hunters and trapshooters, a stanch difference from their usual fundraising crowd. She added that many of the people also were not familiar with one another, but by the end of the night that didn’t seem to matter to anyone.

“Sometimes I would just sit back and watch people laughing and hollering as someone won bingo,” she said. “Everyone just seemed to have a great time and clearly got along well.”

Though Trom admits that there was a slight controversy with the idea of hosting bingo with guns as prizes, she simply states that she can respect the variety of opinions in her community.

“It’s not for everybody and I appreciate that,” she asserted. “Not everyone is going to like it, but these people sure did. They were the right group for it.”

Trom extended warm gratitude to the bingo caller, Haley Tollefson, who kept the night moving quickly; Craig and Gail Anderson with Coyotes Fur Cancer; Denise Krell; the Blooming Prairie Servicemen’s Club; Brian and Denelle Johnson who donated more than 60 door prizes in memory of their son, Dylan Johnson; and all those who helped organize, sponsor, and make the night the success that it was.

Because of the wild success of the inaugural night, Trom chuckled as she stated that Gun Bingo most likely will return for a second round next year.

“I may be going out on a limb here, but I think it’s safe to say that we’re doing to do it again,” she laughed.

The final fundraising event of the year for the Blooming Prairie Cancer Group will be Turkey Bingo on Nov. 14. Check the BP Cancer Group Facebook page for additional details.