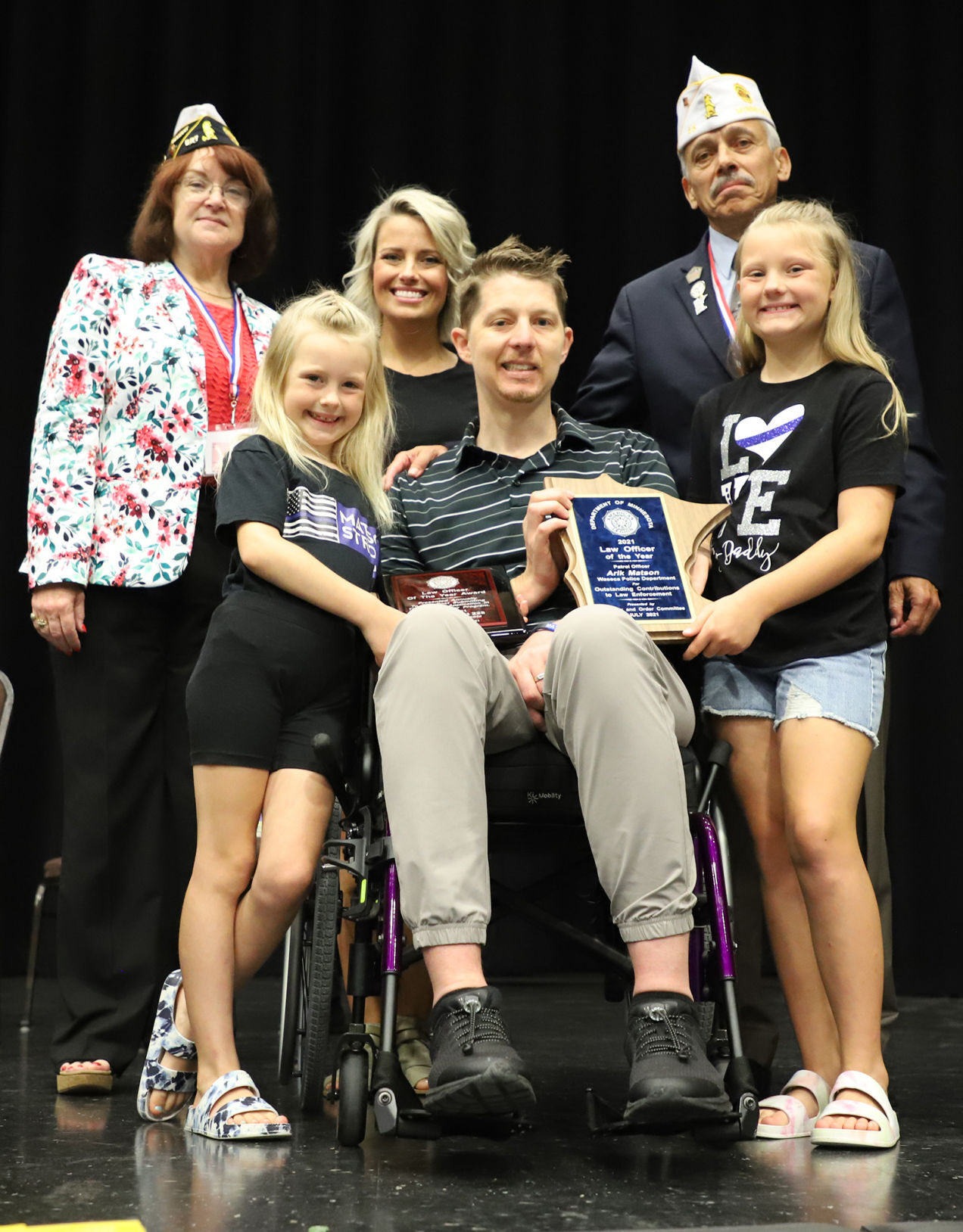 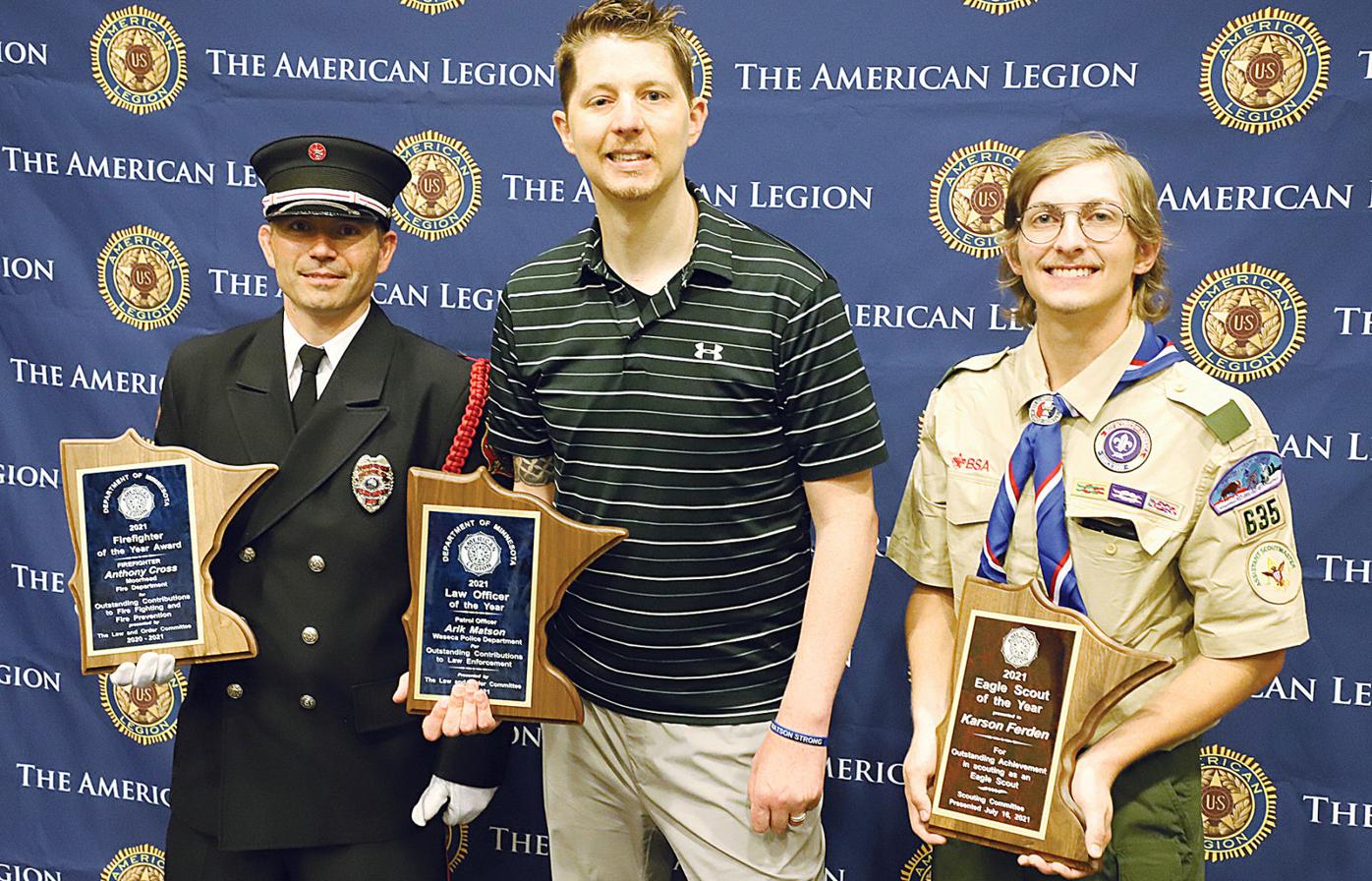 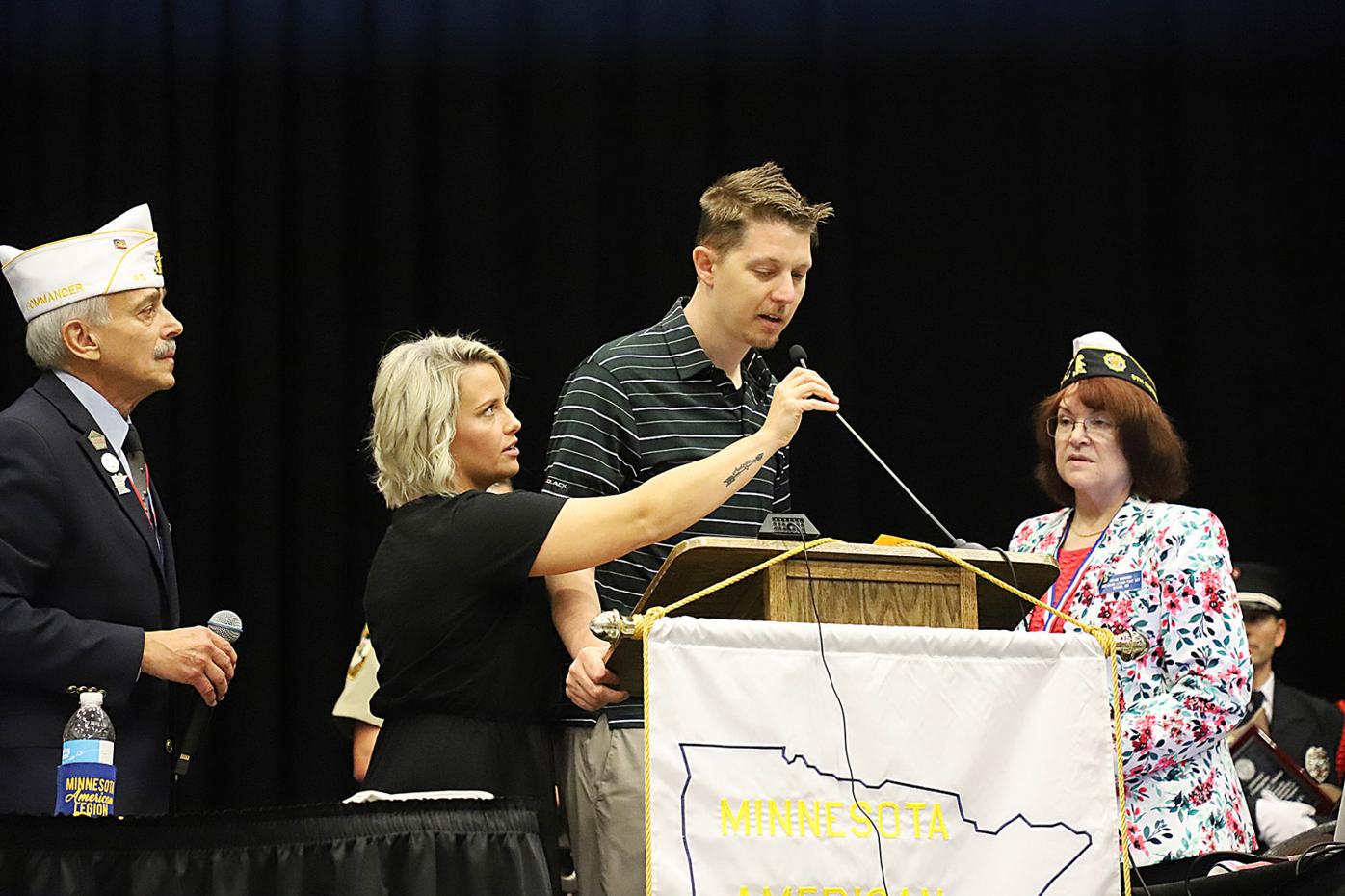 The American Legion Department of Minnesota’s Law and Order Committee has named Waseca Officer Arik Matson as 2021 Law Officer of the Year.

“Although I am here as an individual talking, this took a team effort,” Matson said. “Every day I am trying to get better and back to the way life was.”

Law and Order Committee Chairwoman Susan Edwards said, “If you look up the definition of ‘hero’ in the dictionary, you will find a picture of this man.”

Matson was shot in the head while on duty to a call in Waseca in January 2020. He is retired and hopes to rejoin the force someday.

Matson was joined on the convention stage by his wife, Megan, and their two daughters, Audrina and Maklynn. He was nominated for the honor by Waseca Post 228.

The American Legion honor of 2021 Firefighter of the Year went to Moorhead firefighter Anthony Cross. He was nominated by Moorhead Post 21.

The American Legion honored Moorhead’s Karson Ferden as Eagle Scout of the Year. He was nominated by Moorhead Post 21.