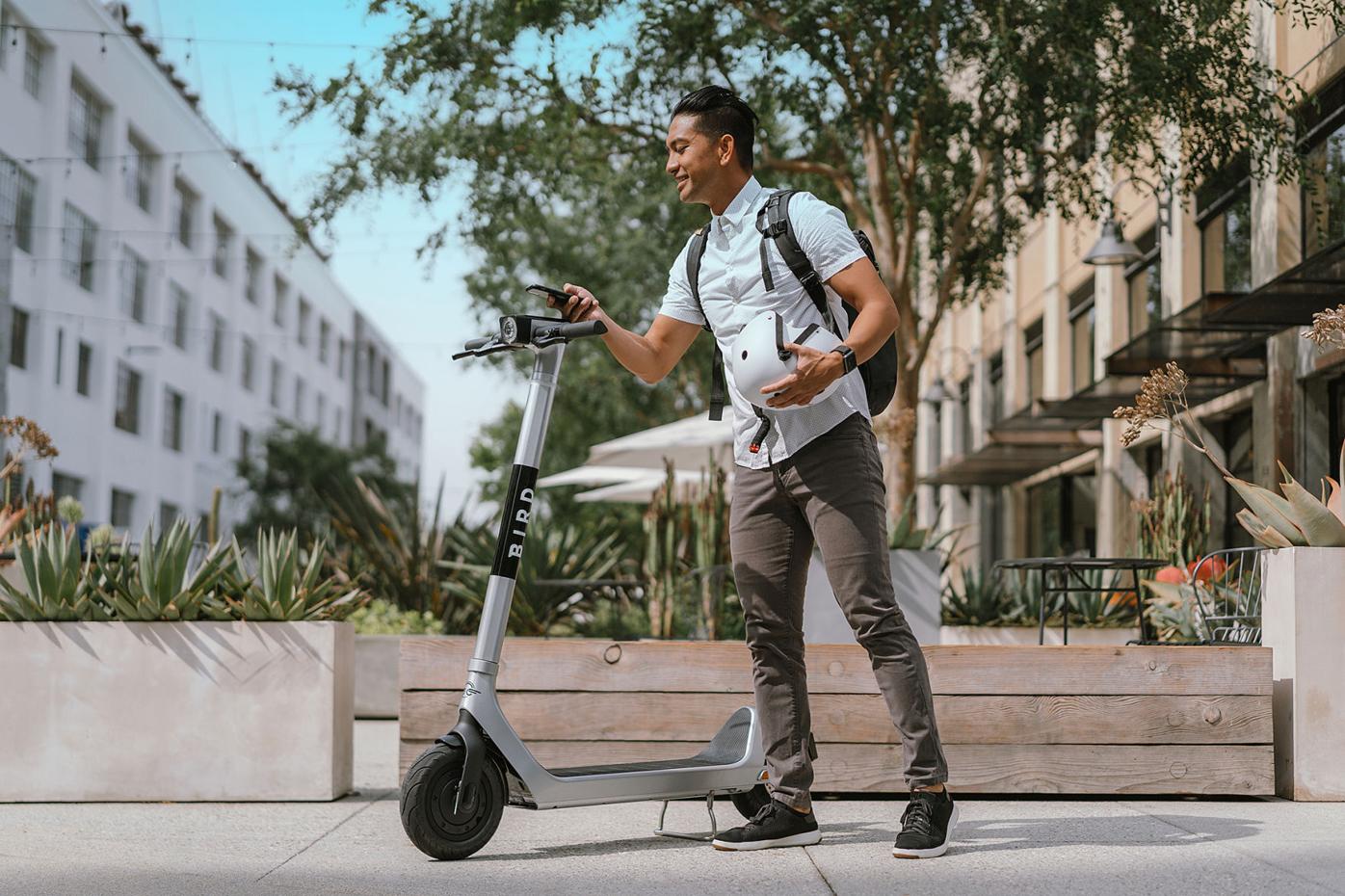 Once a new ordinance is drafted and adopted, electric scooter companies like Bird Rides, Inc., pictured here, could come to Owatonna. Community Development Director Troy Klecker said Bird Rides has been talking to city officials since July and have sent a letter of intent to come to town. (Photo courtesy of Bird Rides, Inc.) 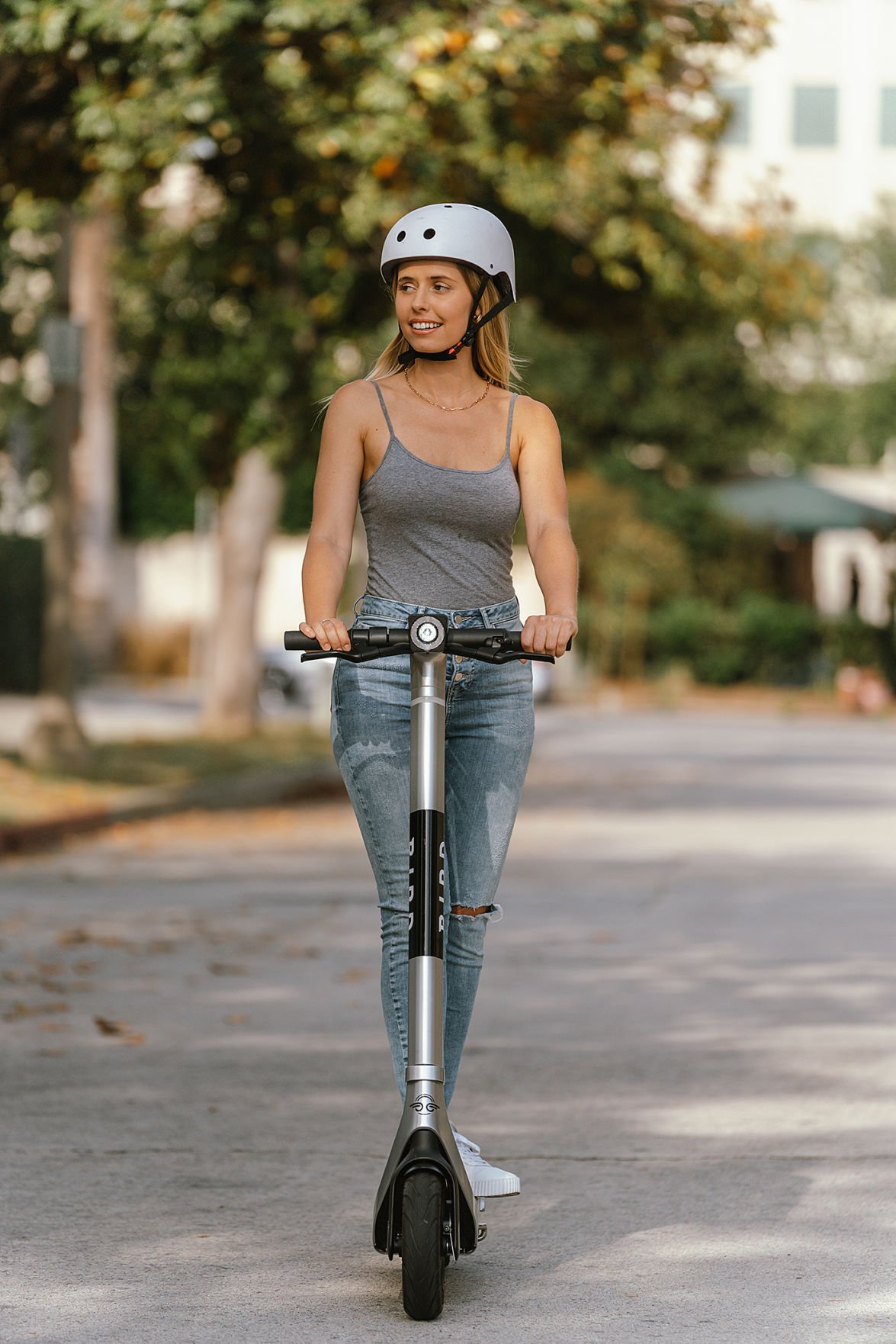 Once a new ordinance is drafted and adopted, electric scooter companies like Bird Rides, Inc., pictured here, could come to Owatonna. Community Development Director Troy Klecker said Bird Rides has been talking to city officials since July and have sent a letter of intent to come to town. (Photo courtesy of Bird Rides, Inc.)

A new, fun way to get around Owatonna could be here soon, and all it would take is access to a simple smart phone application and a desire to scoot.

This summer, the city of Owatonna was approached by an electric scooter company looking to make their way into the community. Bird Rides, Inc., has already been established in Mankato, New Ulm and Albert Lea for a number of years, and now feel that Owatonna is their next prime target market, according to Owatonna Community Development Director Troy Klecker.

“We originally got a bunch of information from them and had a study session with the City Council,” Klecker said. “We still had more questions we wanted answered and were able to receive some reference from New Ulm public officials. They gave us some good feedback about these scooters.”

During the City Council meeting Tuesday, the council unanimously approved a letter of intent with Bird Rides, stating that the company will proceed with preparing to conduct business within Owatonna after an ordinance is adopted by the city and a license to operate is secured. Though the letter was signed, the council members still had a variety of questions and concerns ranging from public safety to how the scooters will be collected and cared for.

Klecker said all of the remaining concerns can be addressed within the ordinance that City Attorney Mark Walbran is helping author. They are modeling some of what the city of New Ulm already has in place, Klecker said, but will still be specifically catering to Owatonna’s own, unique parameters.

“There are a few different things we can do to ensure things like the scooters getting dumped on the sidewalk doesn’t happen,” Klecker said. “We can also restrict them from certain areas, we can really place a number of restrictions, but it is up to us locally to enforce it. But we can tailor [the ordinance] the way we want.”

The scooters that would be provided by Bird Rides are battery operated and are accessible by a mobile app, which allows users to unlock and pay for usage. Users are also required to take a photo of the scooter and how they are leaving it, in order to exit the program, said Klecker, which does add a level of responsibility on the user to abide by the company’s requirements for use. The company will also hire local staff to collect the scooters, charge them and place them throughout town to maximize their use.

While the ordinance will allow Bird Rides to apply for a license to operate within the city, Klecker said it will not be catered specifically to the one company. It will be a general ordinance that then will open the door for any company providing a similar service to apply for an operating license.

Benefit to the community

Electric scooters are becoming a more popular site in large, urban areas, especially in cities where a college is established, said Klecker.

Councilor Nate Dotson has been one of the more positive advocates for the scooters coming to town, stating that he has had good experiences using them in other cities.

“I used them while we were in D.C. and I thought they were great,” Dotson said.

Bringing the scooters to the community will also have no financial impact on the city, said Klecker, and could result in a small fee collected by the city.

“It ultimately is bringing a new business to Owatonna,” he said. “If there is a market, and they can fill a need and can make money at it, that is part of what we encourage: for us to continue to grow and have some of these amenities that the bigger communities already have.”

Without a doubt, Klecker said the biggest concerns revolving around the scooters have been centered on safety and liability. Wanting to ensure the city is taking the right precautions to keep users safe and avoid any injuries has been a big part of the discussion before and after the letter of intent was received.

Because of their concerns, within the letter of intent, Bird Rides said they will provide safety education through videos and signage to “promote safe riding” and educate users on rider responsibilities. The letter also outlines providing information on safe and courteous parking, which was another concern for one councilor.

“My one real concern is I see a lot of [scooters] just laying right in the middle of the sidewalks, and that seems like kind of a hazard,” said Councilor Doug Voss. “Hopefully we can do better than that and look into enforcement for how we can make sure they are kept in certain areas.”

The letter of intent also outlines that the city will not be held responsible for any action, damages, losses, or expenses related to the scooters “caused in whole or in part by the alleged negligent acts, errors or omissions” or from “willful misconduct” of a rider. The company will also provide proof of insurance coverage.

There are still several steps that need to be taken before the scooters can officially come to Owatonna. Klecker said the next step will be finishing the ordinance and bringing it to the council to adopt. The ordinance will require two readings before being effective.

Following the adoption of the ordinance, the company can apply for a license.