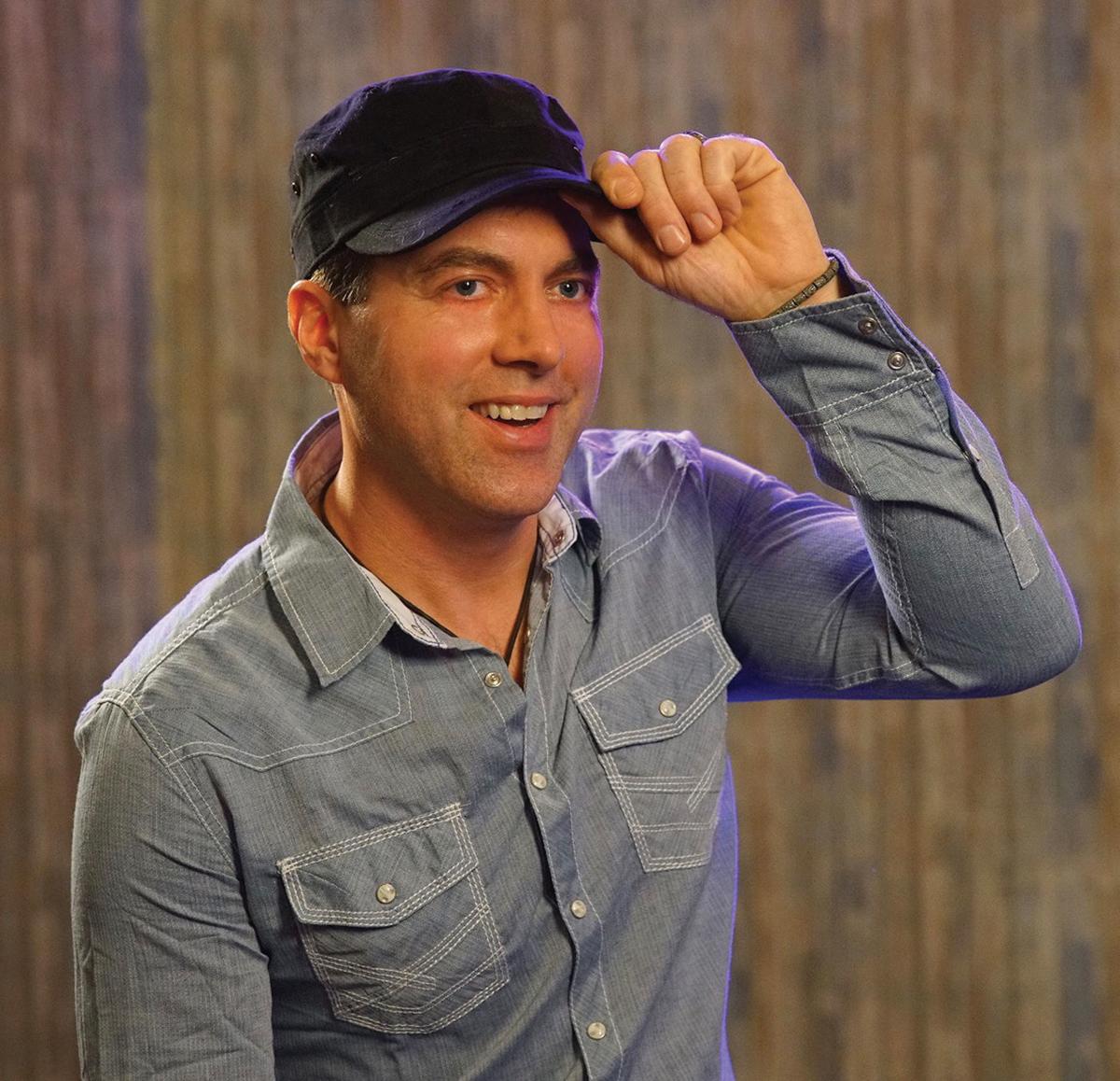 A Minnesota native — he grew up in Albertville — Shane Martin will have his full band with him Saturday in the Beer Garden at the Steele County Free Fair, and “we’re really looking forward to it,” he said. “We’re a high-energy, vocal harmony, country-rocking band.” (Photo courtesy Shane Martin) 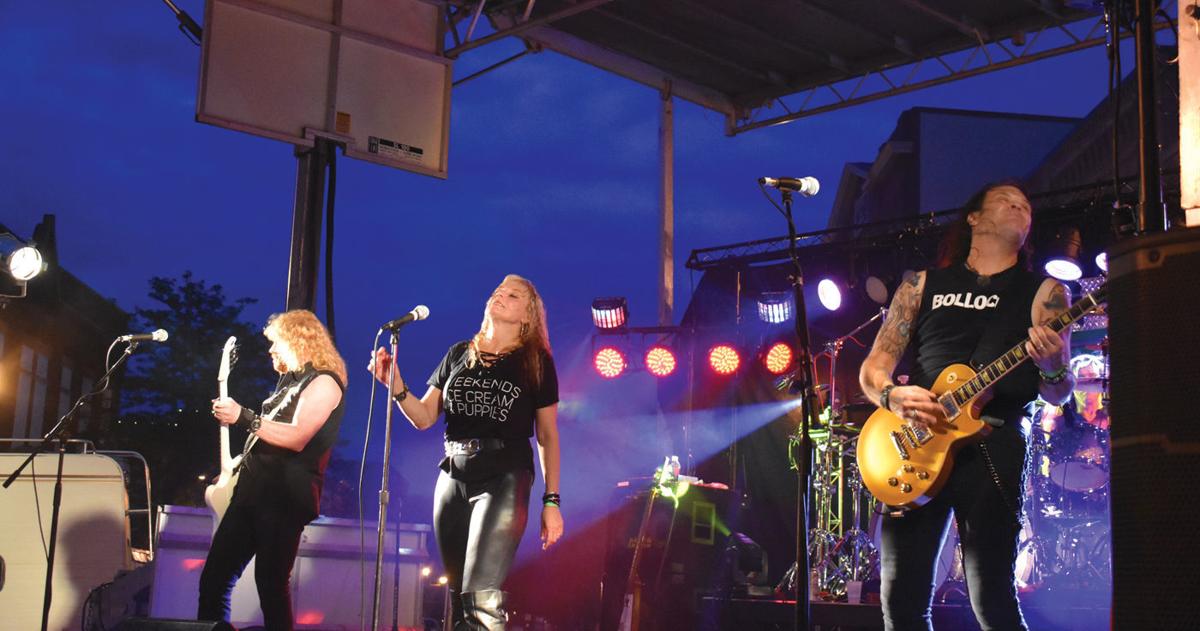 Arena, which played the Beer Garden two years ago and has performed multiple times at Reggie’s Brewhouse, will be on stage Wednesday night at 8:30. (Press file photo) 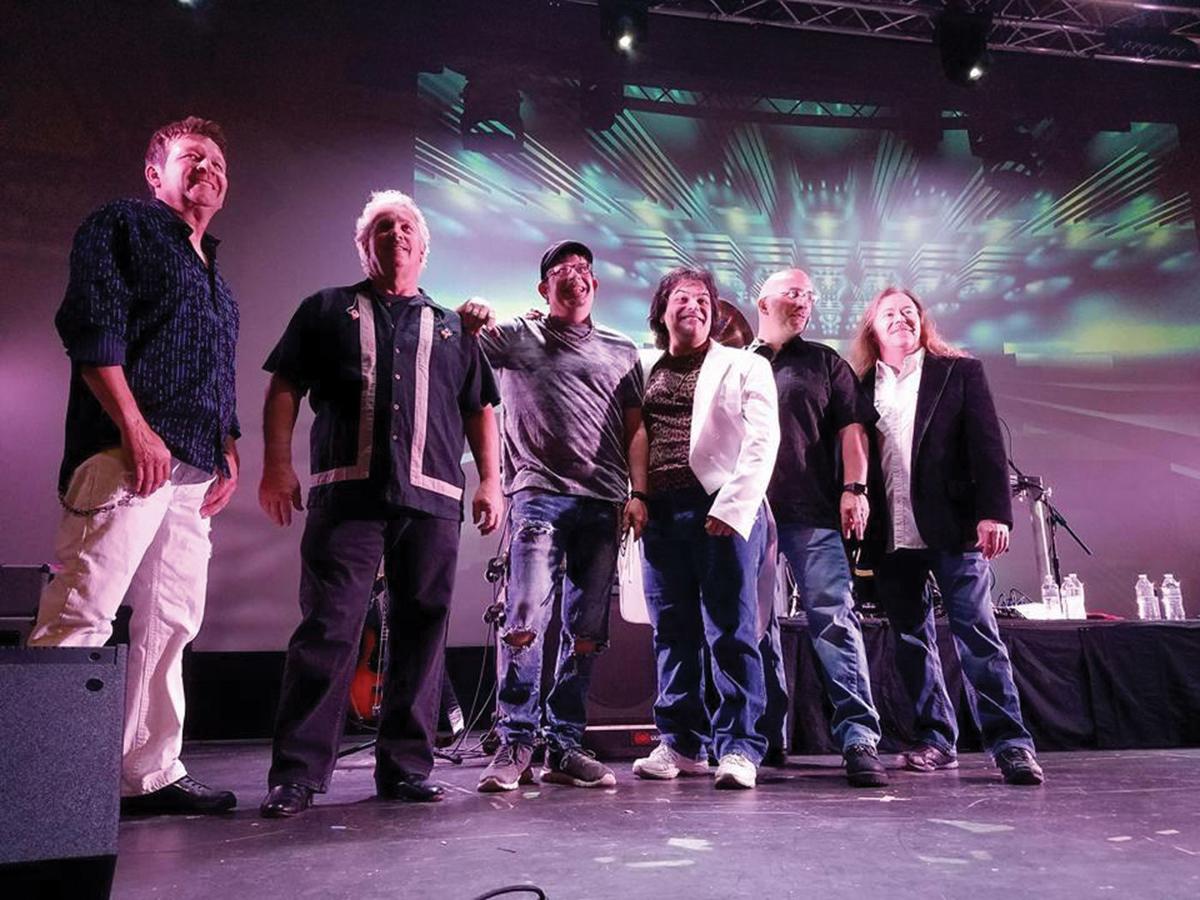 A Minnesota native — he grew up in Albertville — Shane Martin will have his full band with him Saturday in the Beer Garden at the Steele County Free Fair, and “we’re really looking forward to it,” he said. “We’re a high-energy, vocal harmony, country-rocking band.” (Photo courtesy Shane Martin)

Arena, which played the Beer Garden two years ago and has performed multiple times at Reggie’s Brewhouse, will be on stage Wednesday night at 8:30. (Press file photo)

OWATONNA — As visitors have come to expect, the Beer Garden inside the Steele County Free Fair will have beers for every taste and a variety of music — including rock, country, and swing — for every listening palate this week.

On opening night, Revenge of the 80s will be featured in the Beer Garden at 8:30 p.m., said Mark Ditlevson, who coordinates Beer Garden events during the SCFF with Roger Noble and Brent Svenby. Revenge of the 80s is “a group we had last year, under a different name,” and they focus on 1980s music, including wearing period attire.

Arena, which played the Beer Garden two years ago and has performed multiple times at Reggie’s Brewhouse, will be on stage Wednesday night at 8:30.

“An American rock band,” Arena plays some original music, but plenty of covers, because they know what pleases crowds, Tim Kletti, Arena’s guitar player, explained previously. “We cover a wide range because as four unique individuals, we’re all influenced by different things.”

Kletti started playing guitar when he was six, and “all of us in the band have been doing (music) since we were kids,” he said. “It’s part of us.”

On Wednesday and Thursday, from 3-6 p.m., “Diamond Dave” Granlund will have his karaoke machine in the Beer Garden and perform, Ditlevson said. “That should be fun for those afternoons.”

October Road will be featured in the Beer Garden at 8:30 p.m. Thursday. On Friday, Led Penny, the band of Southern Minnesota Initiative Foundation President/CEO Tim Penny, will be on stage at 3:30 p.m., followed at 8:30 p.m. by SFO. The former is a regular at the SCFF, while the latter — a Journey tribute band — played the Beer Garden in 2017.

Phil Marshall, who started playing guitar professionally when he was 14 and who, by the time he was 18, had already played with Carlos Santana, founded SFO in May of 2016 and continues to play guitar for the group.

He wanted to launch a tribute band, because they are “an easy sell,” and “there is a market for these types of tribute bands,” Marshall explained previously. “People gravitate toward classic rock,” and it’s “family-friendly,” so bands like SFO can play venues ranging from county fairs to church picnics.

Once he decided on a tribute band, the question became whom to pay homage to, and “Journey really resonated nationwide,” he said. Even youth are familiar with them, as the song “Don’t Stop Believin’” has become a staple at parties, karaoke sessions, and ballgames.

Of course, finding anyone who could sing like Journey’s Steve Perry was “a huge task,” Marshall said. Fortunately, he’d seen Gabe Jacobs perform with a different band a handful of years ago, and he “tracked him down” in Florida.

“Once we found the quarterback, the rest fell into place,” and Jacobs “does a fantastic job,” he said. Often, fans will tell SFO they “sound just like Journey,” which is obviously “a great compliment.”

“Once people see and hear us, they really like the band,” he added. “Don’t Stop Believin’” is the number-one “crowd-pleaser,” as one might expect, but “Faithfully,” “Open Arms,” and “Separate Ways” are also beloved.

“You’ll feel like you’re at a concert” when attending a show by SFO, he added. As a spectator — and as a band member — “I like that concert feel.”

Jivin’ Ivan and the Kings of Swing will return to the SCFF on the Beer Garden stage Saturday at 3:30 p.m.

At the SCFF, “it’s informal, and people are out for fun,” said Ivan Whillock, a founding member of the Swing group. “We enjoy that, and we feed on audience responses to us.”

Paul Owsley, who plays bass in the group, was formerly a music teacher at Owatonna High School, Ditlevson said. “Some of the kids he taught might want to come see him.”

The band has gone through several variations in the past 16 years, but Whillock, his son, Mark, who is the drummer, and Mike Hildebrandt, are originals, Whillock explained last week. In addition, “we have a wonderful singer,” Dallas Musselman, and an adroit keyboard player, Doug Madow.

The Swing music of the ‘30s, ‘40s, and ‘50s is “what I grew up with,” said Whillock, who plays guitar and valve trombone in the group. “The songwriting back then was very craft-oriented,” and “that craftsmanship is fun to play with.”

Swing is “free-flowing and improvisational,” he added. “The music allows for a lot of freedom.”

At 8:30 p.m. Saturday, country artist Shane Martin will take the stage for the first time at the SCFF, Ditlevson said. Ditlevson and others saw him perform at an entertainment convention, and “he’s an excellent performer.”

A Minnesota native — he grew up in Albertville — Martin will have his full band with him Saturday, and “we’re really looking forward to it,” he said. “We’re a high-energy, vocal harmony, country-rocking band.”

Martin’s mother’s side of the family was especially “musical” — his grandmother played piano, while his mother did the same and sang in their church — so “music is definitely in my blood,” he said. “I started piano at a young age, then moved to guitar” and launched his own rock bands.

The more performing he did, the more it “fed the fire,” Martin recalled last week. “I knew I was on the right path.”

Initially, he focused on rock, with influences like Ryan Adams, Bon Jovi, The Black Crowes, and The Eagles, but “I found my niche and my sound in country,” he said. “I grew up in a small town, and I’m still a country boy at heart.”

An early break came his way when he was a top-five finalist in 2012 for the Texaco Country Showdown, “like American Idol on a smaller scale,’” he said. He was invited to perform in Nashville’s Ryman Auditorium in front of host LeAnn Rimes, and the positive feedback he received only motivated him to “keep working even harder on my craft.”

Songwriting “is definitely a craft,” he said. “There’s no right or wrong way to do it,” and “it’s always a fun process.”

Martin was a finalist in 2015 for the UK Songwriting Contest, an international competition based in London, and his song “Just Missing You” was selected as a finalist for the 14th annual Great American Song Contest. More than 1,600 songwriters from 45 countries around the world entered the latter contest.

Martin holds special affinity for “Somewhere Real,” the first song he recorded in Nashville, which he also performed in the Ryman Auditorium, he said. “That always takes me back.”

Another song that “always goes over well” with audiences is “American Dream,” he said. It’s “a salute to all the men and women serving our country and small-town dreams.”

He always looks forward to the interaction with the audience on “Whatever Floats Your Boat,” a “fun party song,” he said. “People sing along to that one.”

Martin is in the midst of a grueling touring schedule this summer, but the juice of live shows never fails to invigorate him, he said. “No two shows are the same,” and “we really get the energy flowing” between musicians on stage and audience members.

“We’re always looking to expand our fan base,” he said. “That’s what this band is all about.”

More information on Martin and his music can be found online at shanemartin.com.

On Sunday, the Dan Stursa Band will perform at 1 p.m., and Stursa’s “old-time music is always a favorite,” Ditlevson said. “Dan’s been around forever.”

Another fixture in Owatonna and at the SCFF is Church of Cash, who will close the week’s Beer Garden proceedings at 6:30 p.m., he said. “That’s another all-time popular” ensemble.

Admission to the Beer Garden is free, although naturally individuals must be 21 or older to enter. The Beer Garden opens at 10 a.m. Tuesday-Saturday and noon on Sunday.

Of course, the Beer Garden also will offer “the coldest beer in Steele County (this) week,” Ditlevson said. “Come in, and join the fun.”