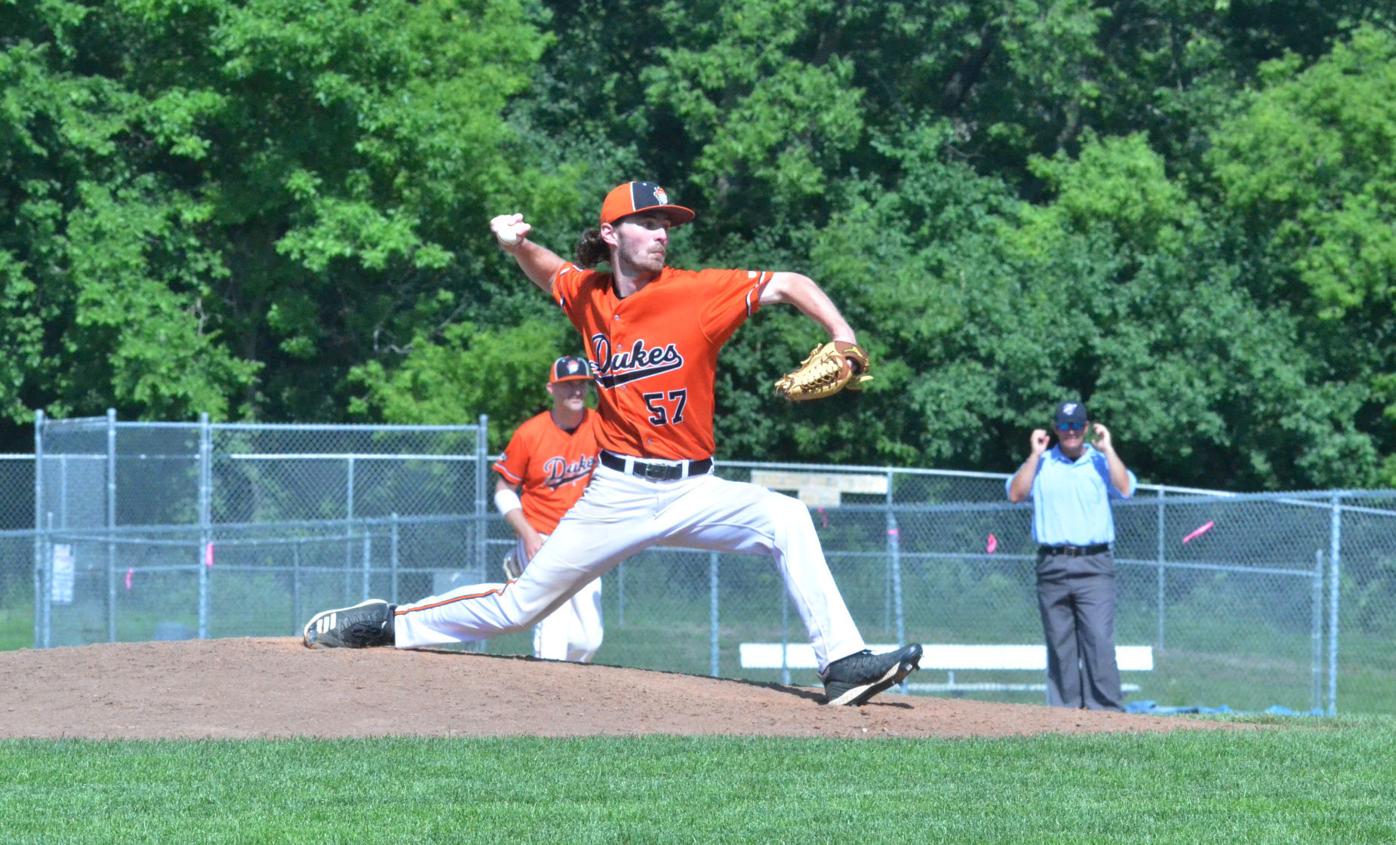 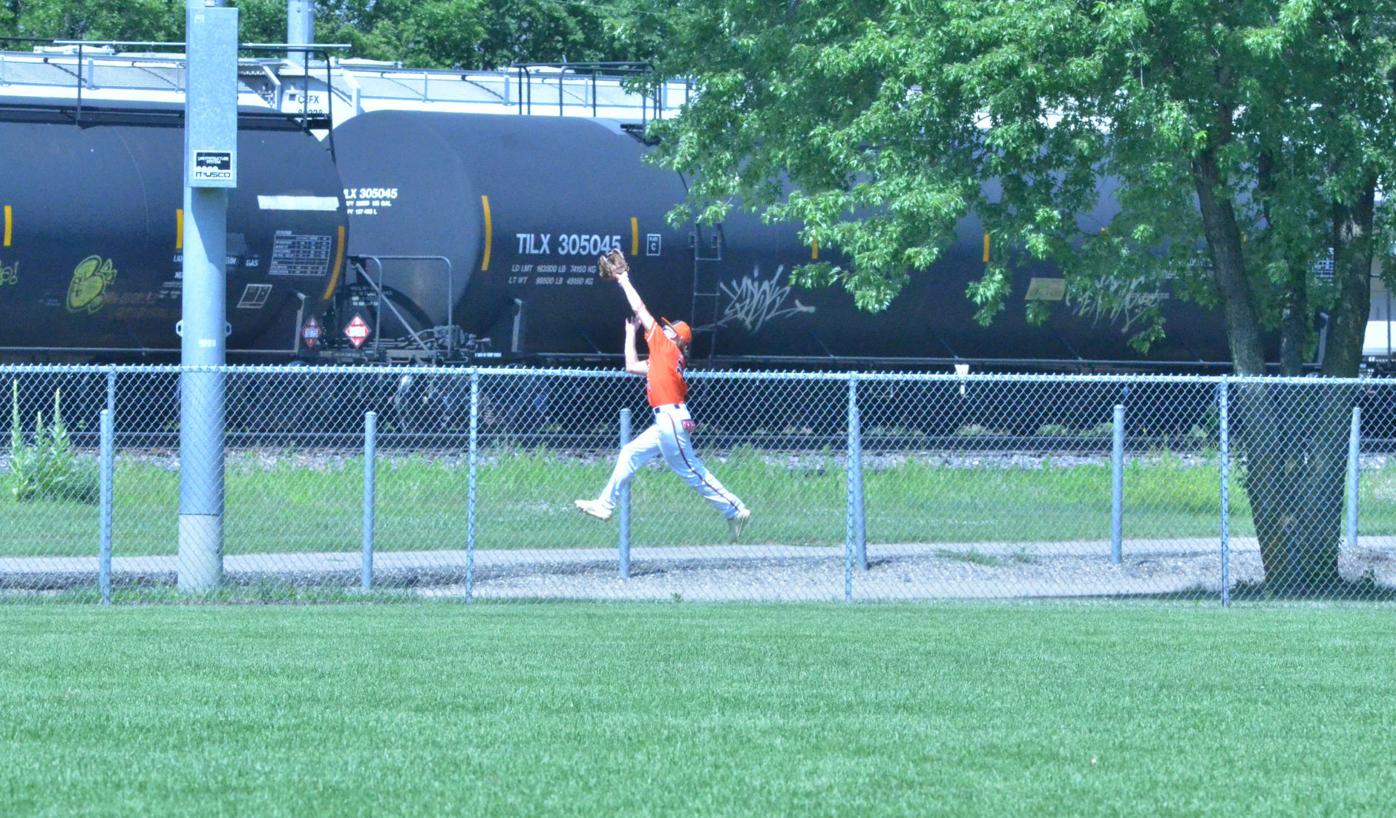 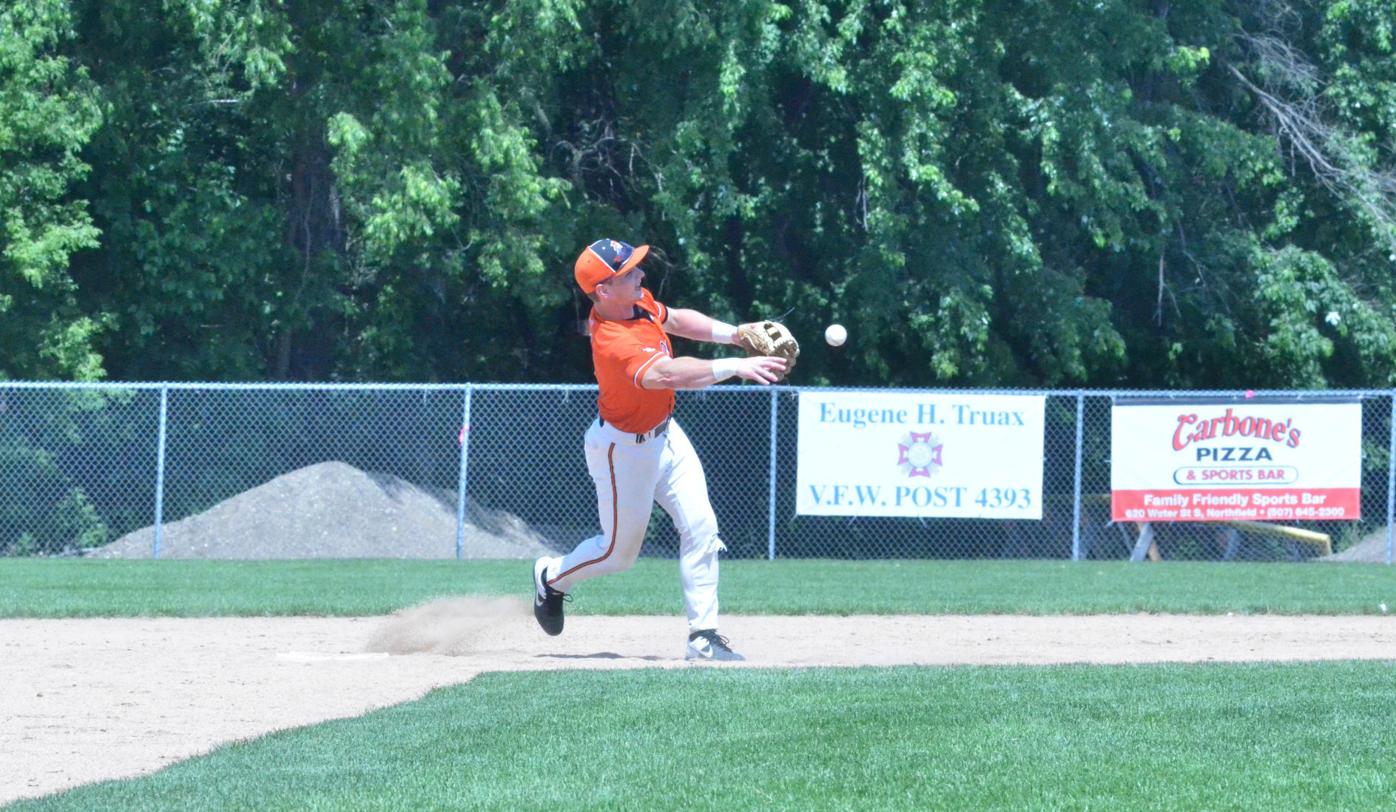 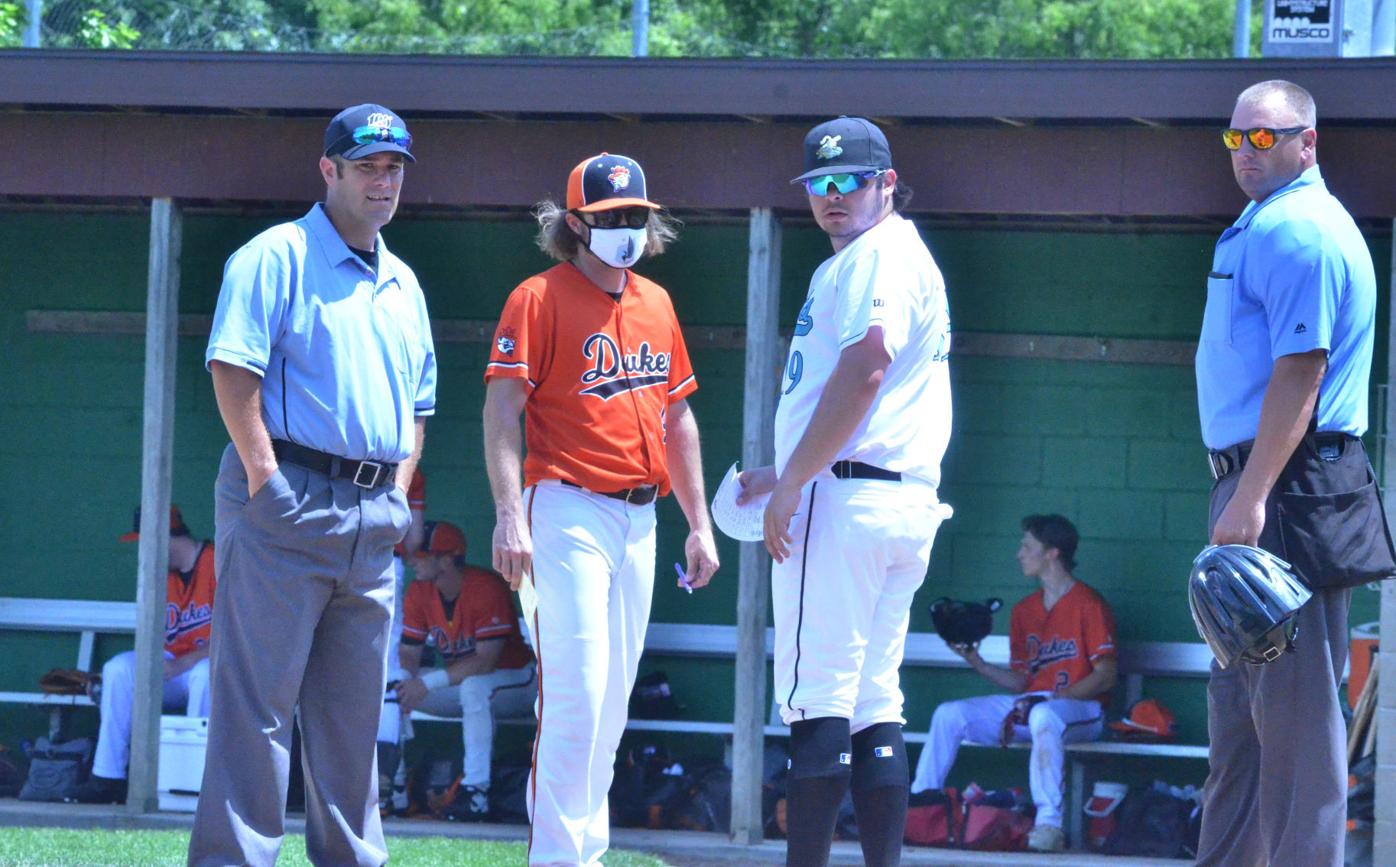 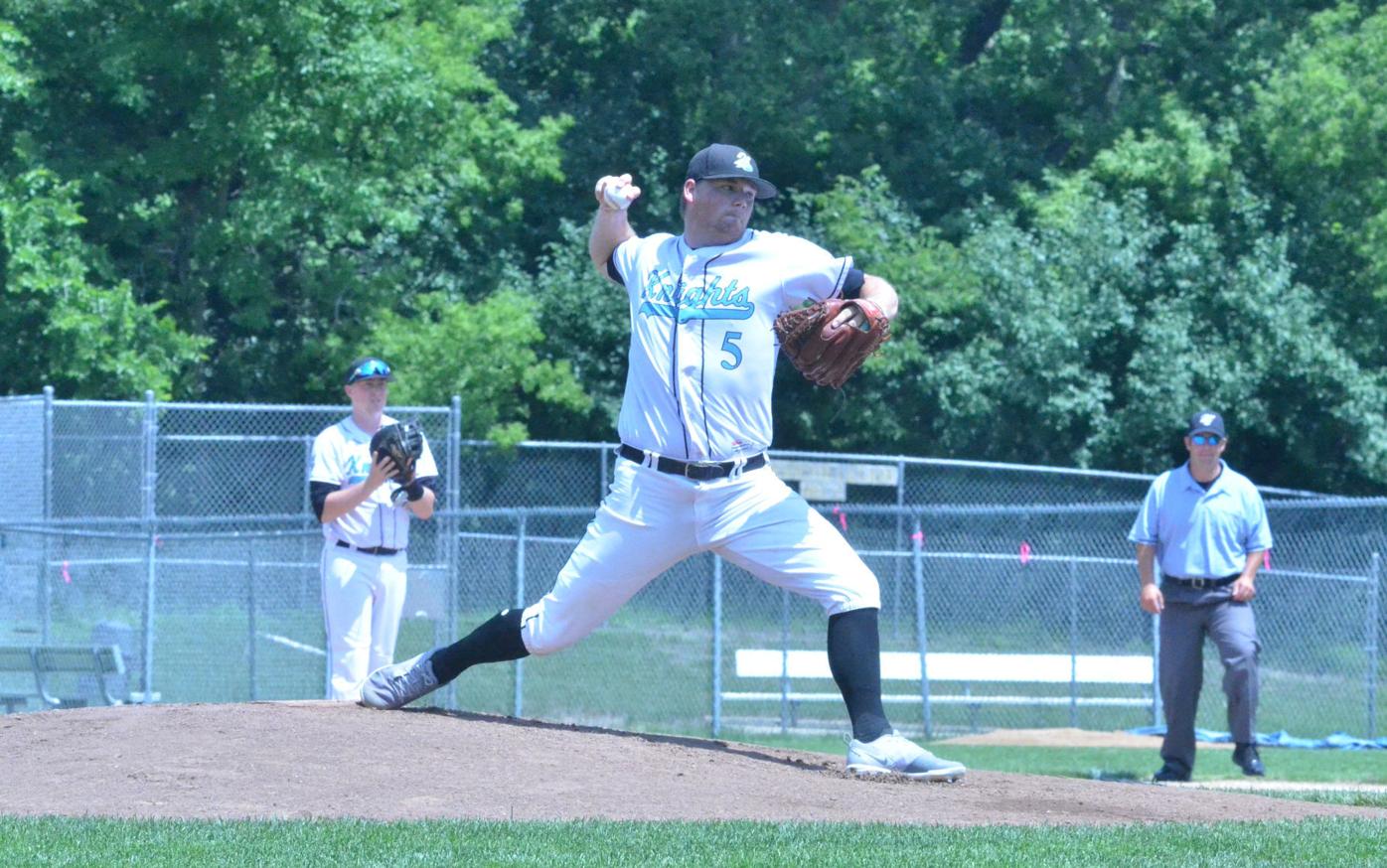 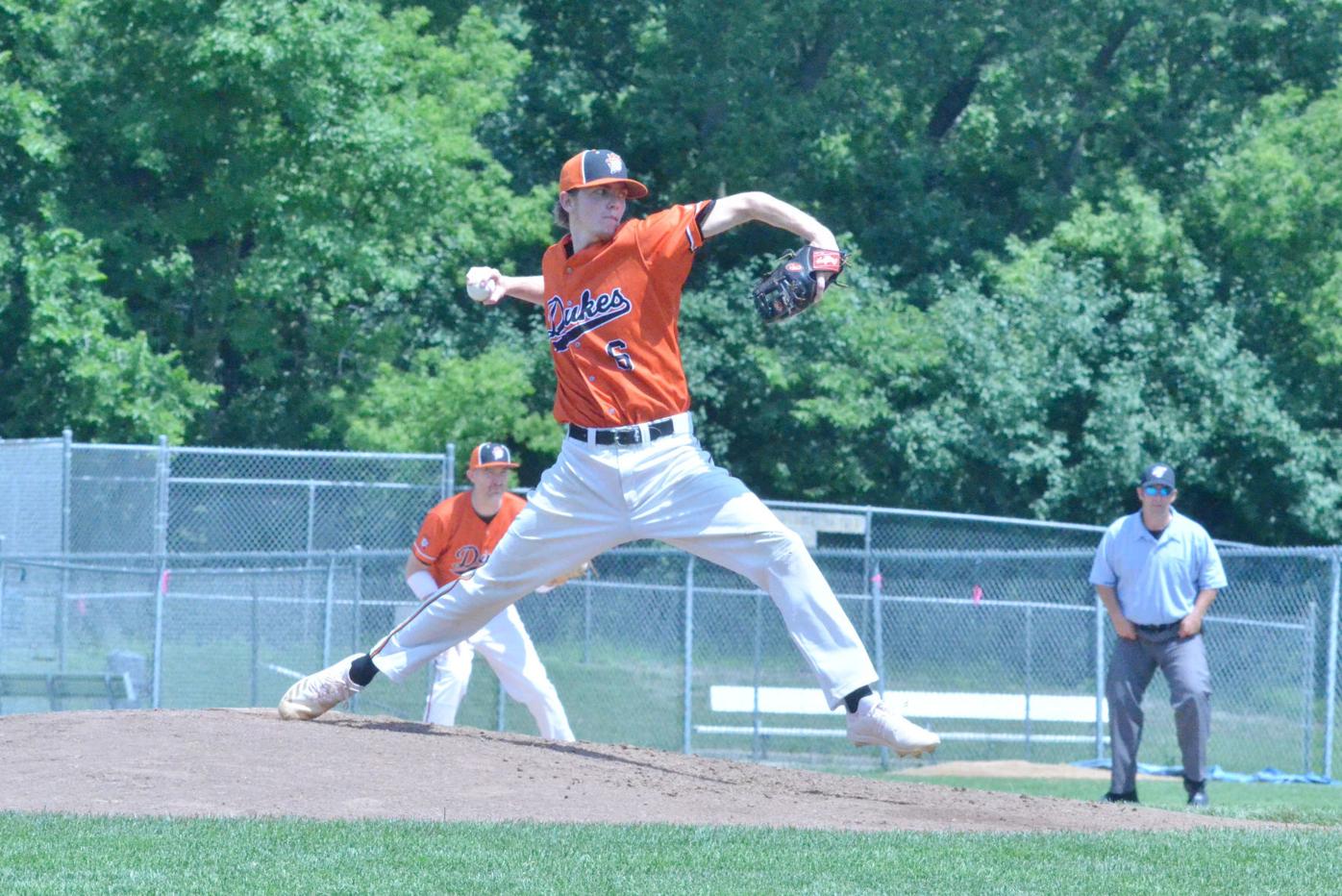 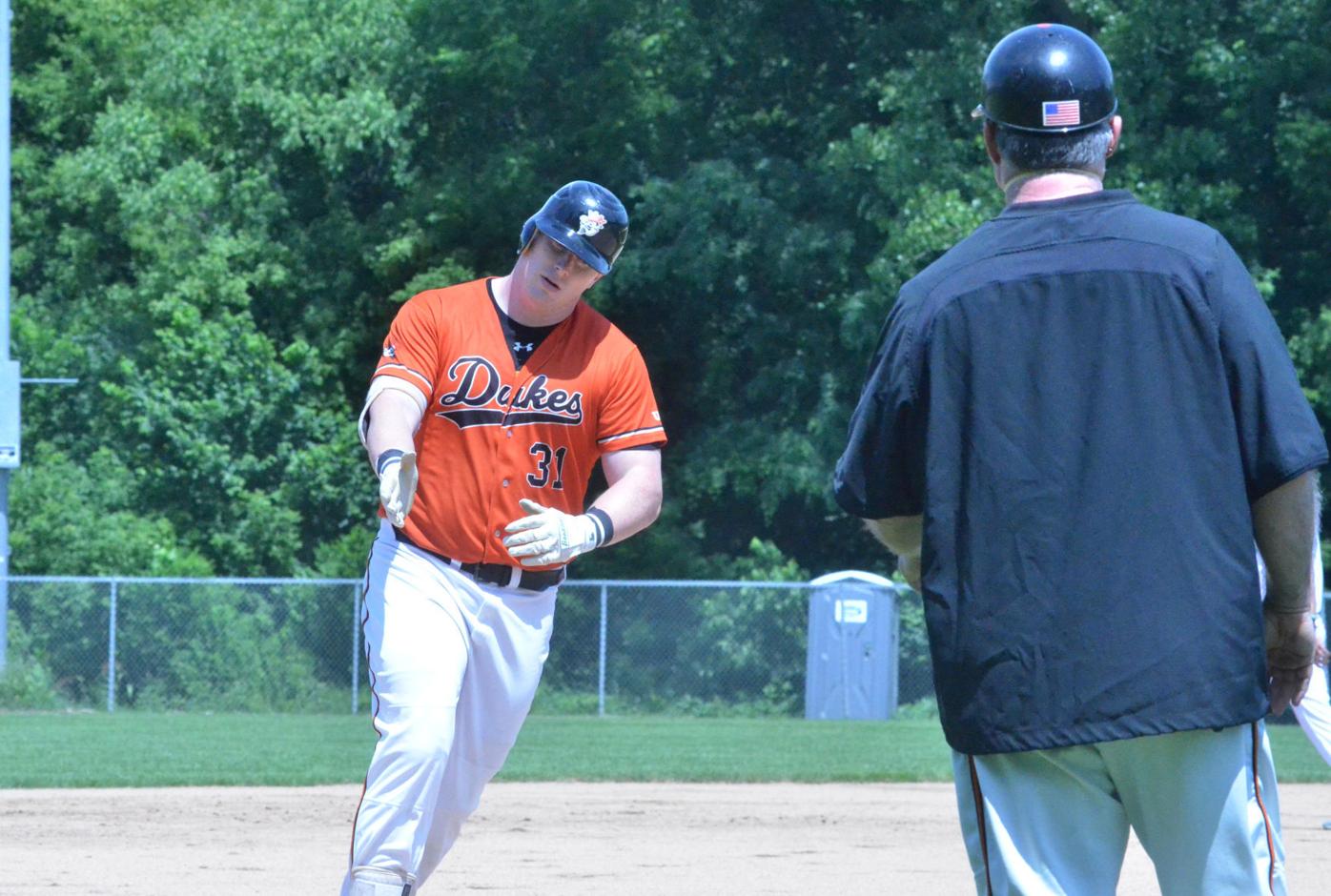 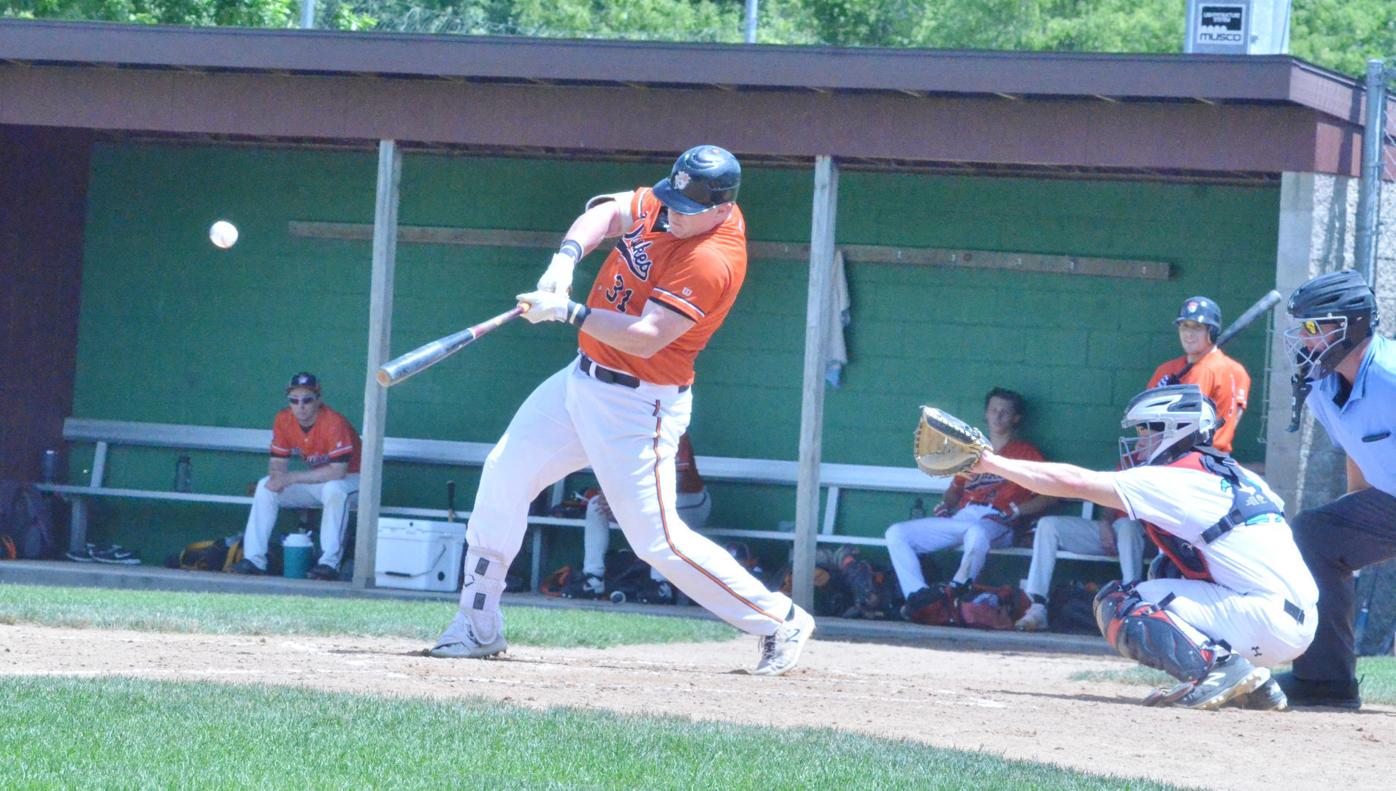 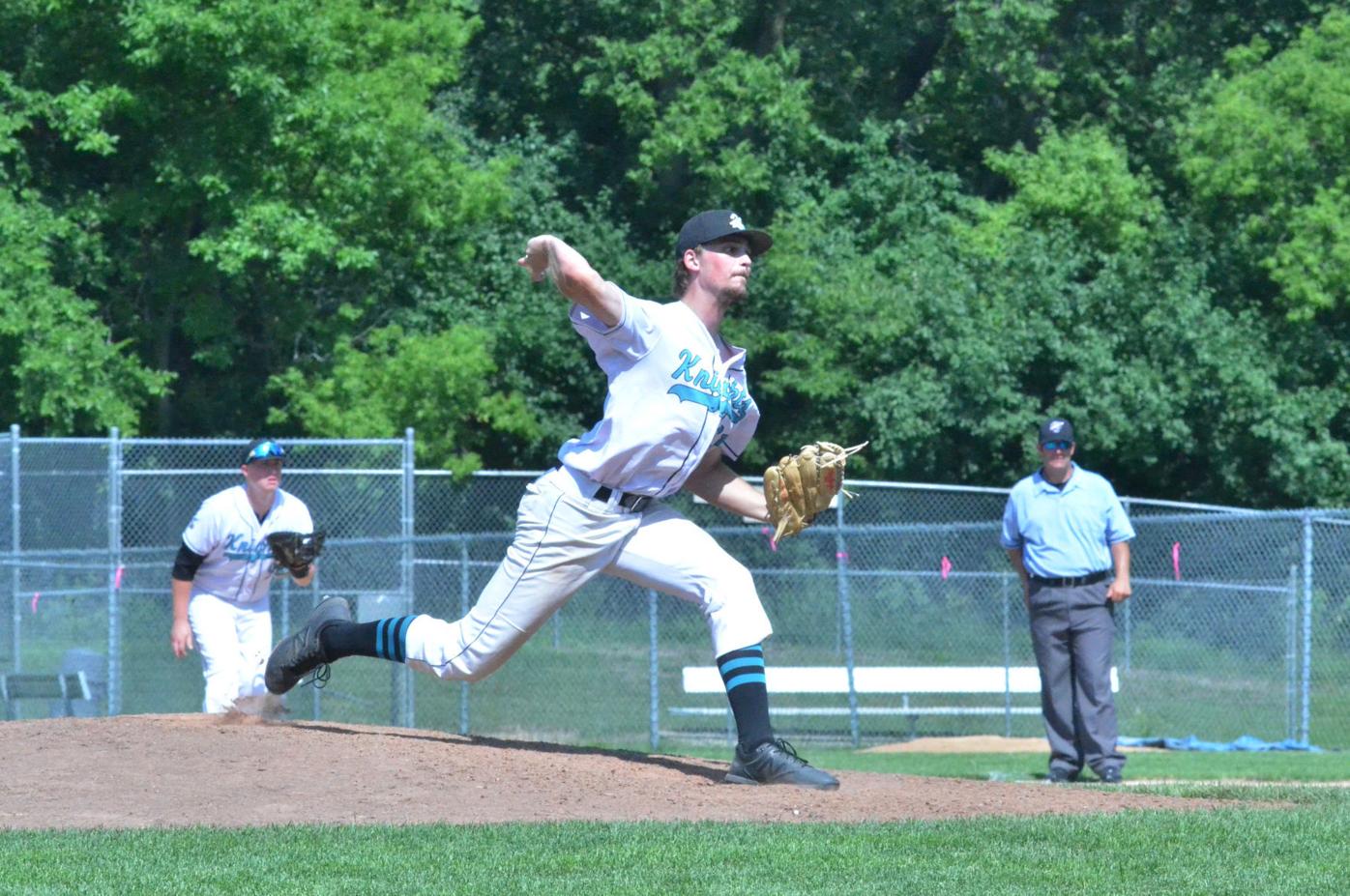 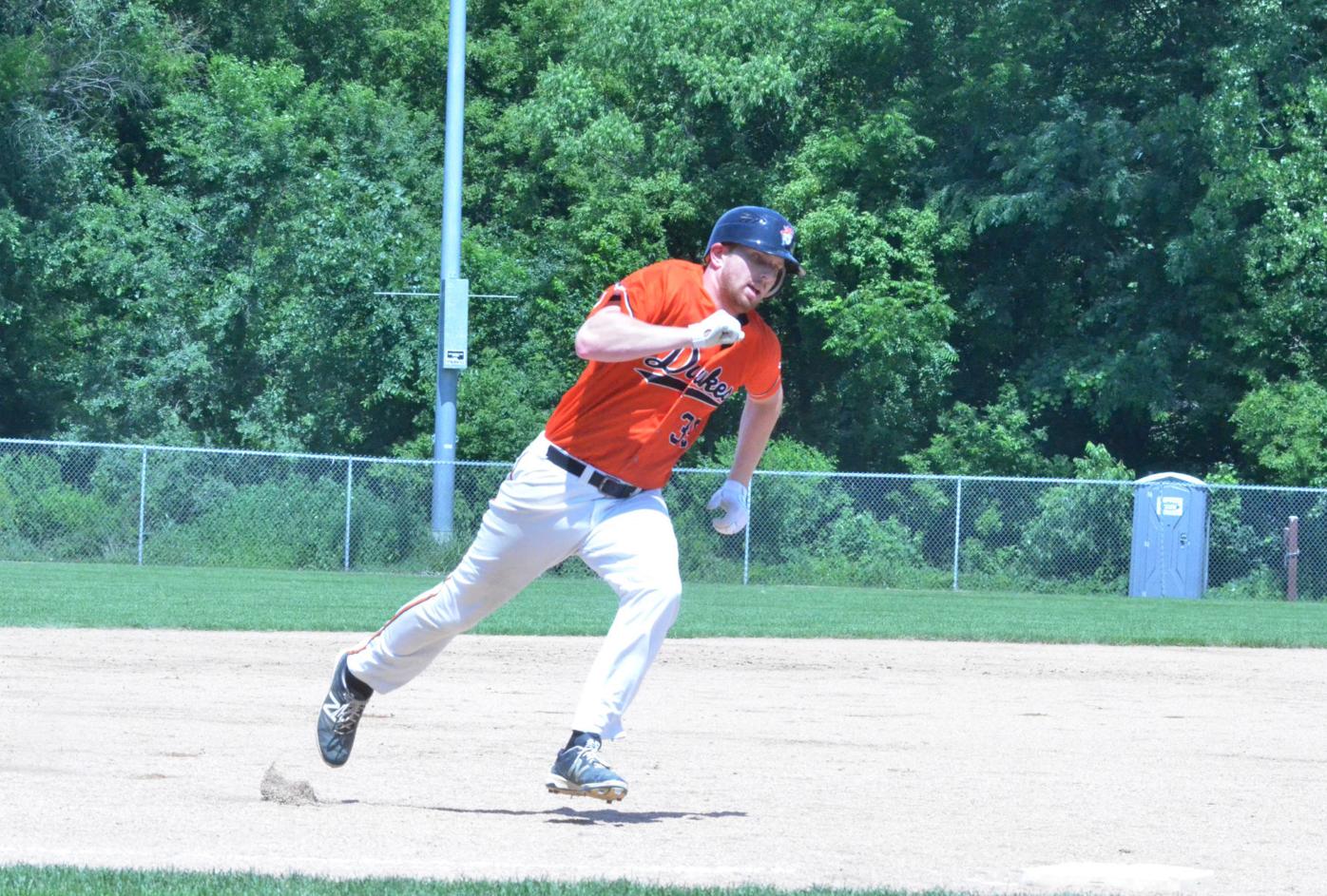 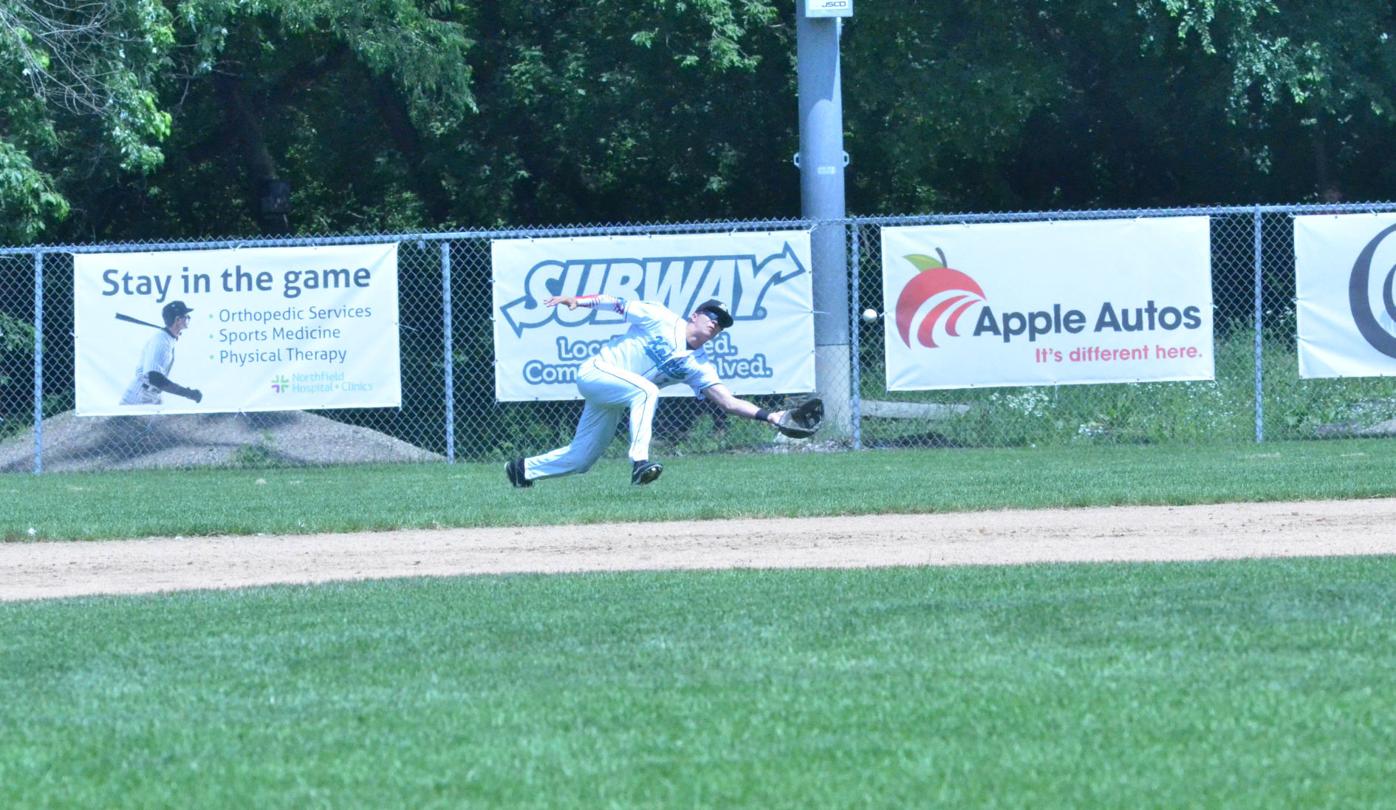 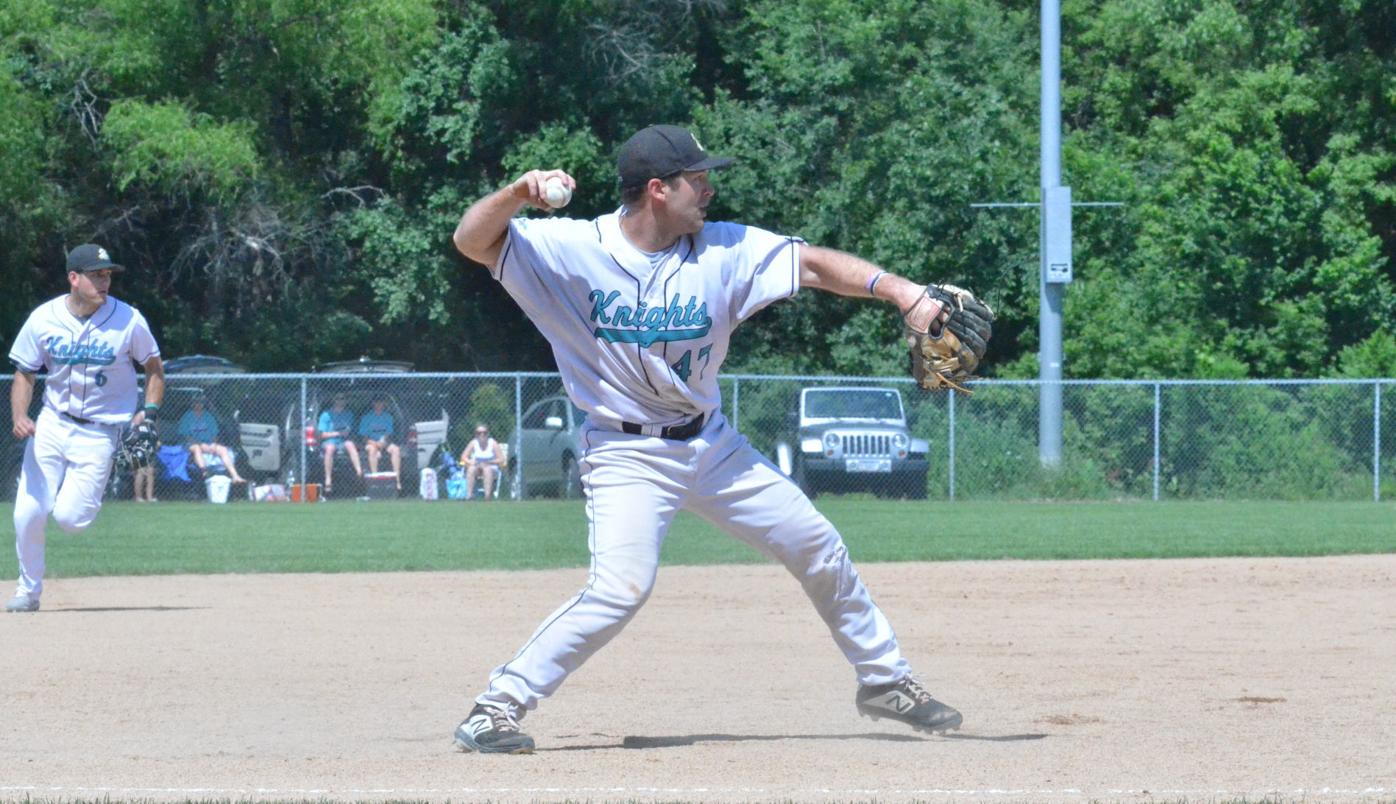 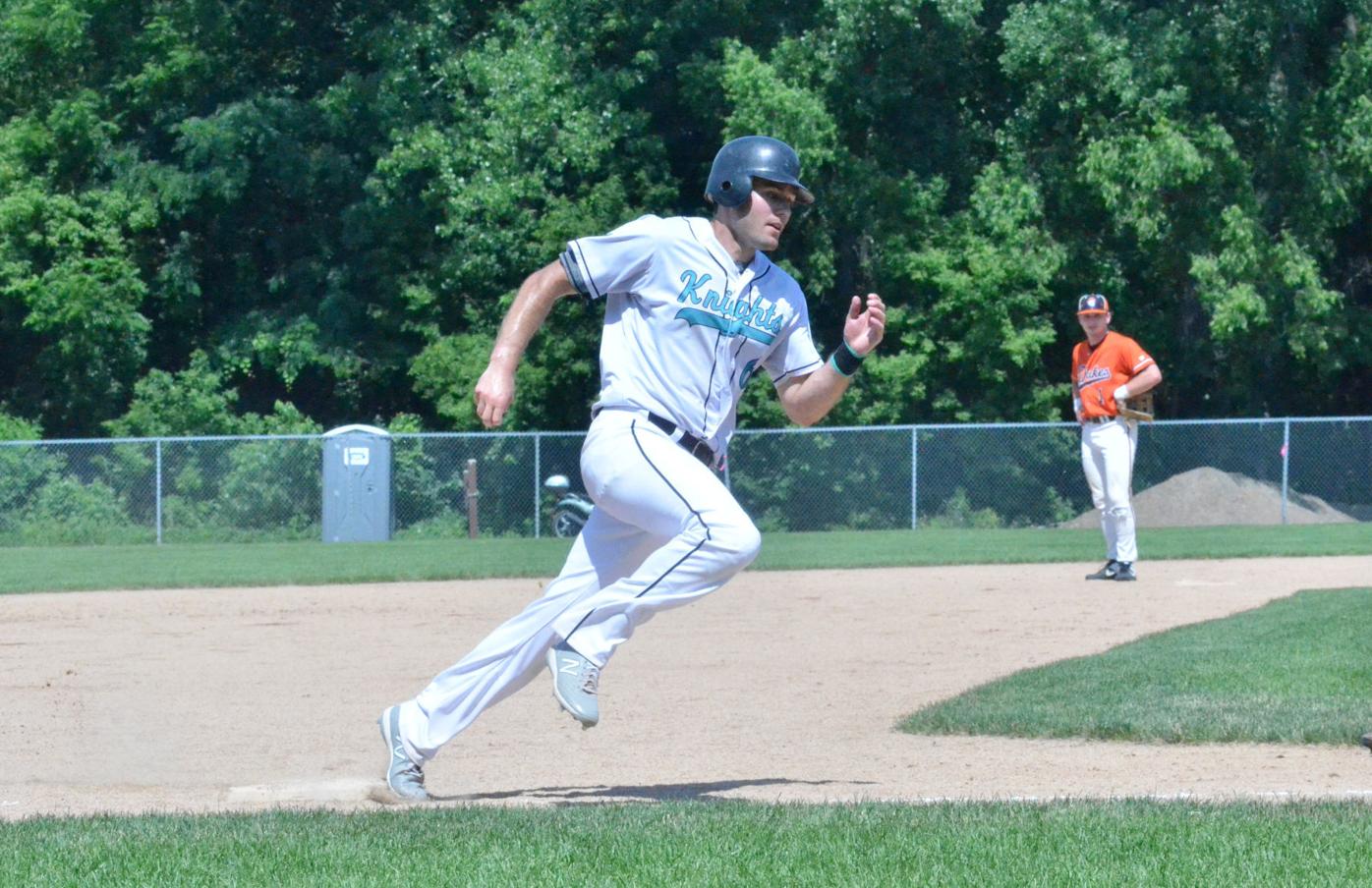 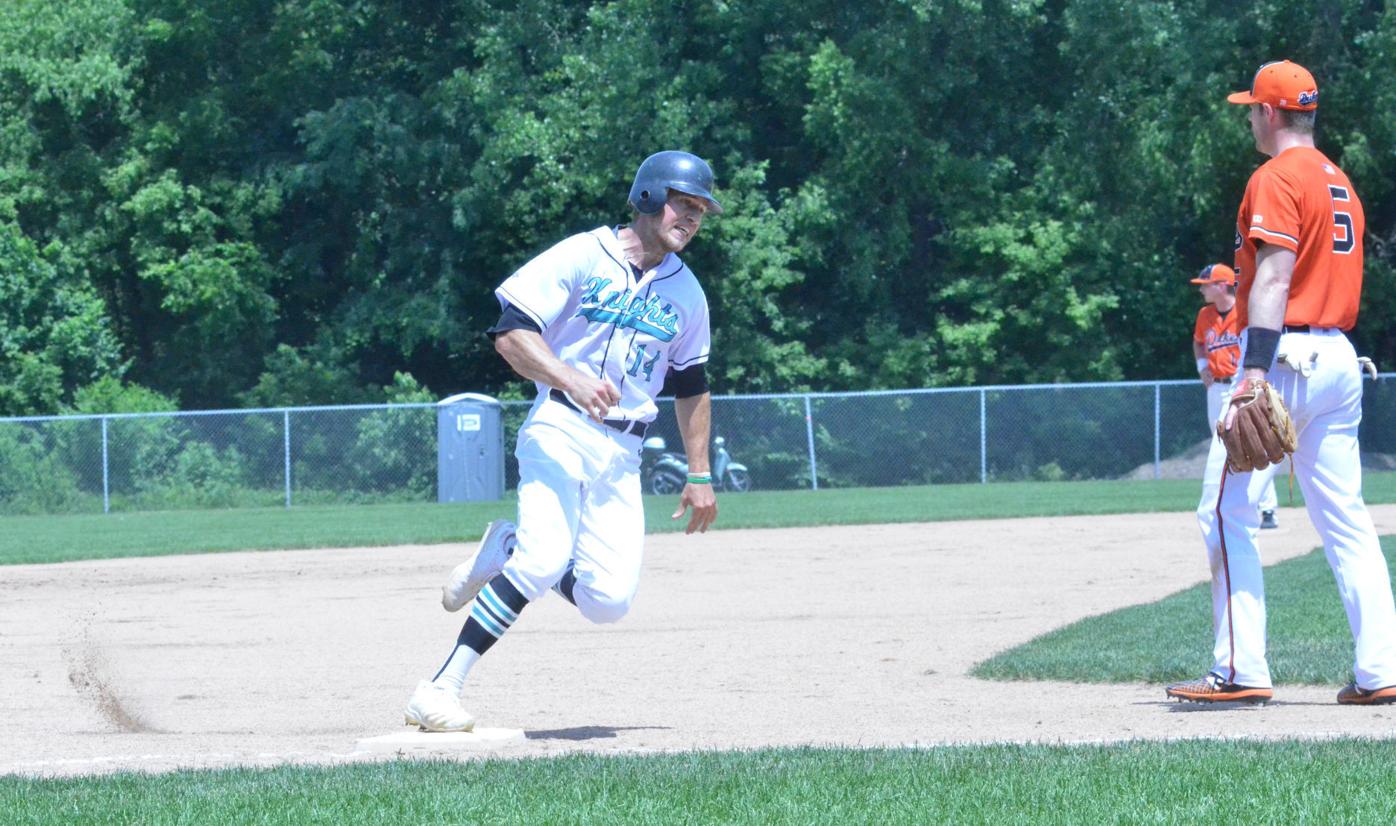 Quarantine bullpen sessions can be a lonely experience.

After his college baseball season at Crown College was canceled in March, Derek Albers returned home to Dundas with a plan to keep his arm ready and strong for if and when an amateur baseball season started this summer.

Apart from some lighter throwing sessions with his brother, his throwing partner for bullpen sessions didn’t provide a ton of feedback on how he was throwing.

Those consistent thuds against cement have already paid dividends this summer. In the team’s first Section 1B game of the year — a 6-3 win against Hampton on June 28 — Albers earned the win after a six-inning outing.

Then, against Northfield on the Fourth of July, Albers was summoned from the bullpen with runners on the corners and no outs in the bottom of the fifth inning. After back-to-back strikeouts, Albers induced a flyout to prevent any runs from scoring.

He never left the mound after that, pitching the final five innings in relief to earn the win in an 8-5 victory for Dundas.

“I felt good today,” Albers said. “My accuracy was good and the defense was playing well, which is always a great thing.”

He scattered six hits, walked no one and struck out six batters while allowing only a pair of runs.

Last season, Albers developed into a reliable option on the mound for the Dukes. He tossed 49 2/3 innings and posted a 2.54 ERA — both third best on the team among qualified pitchers. That work started primarily in non-league and non-section games, but morphed into high-leverage appearances, including in the state tournament.

This season, that evolution is appearing to take another step forward. Because of the altered season, some of the traditional aces for Dundas have yet to make an appearance. Todd Mathison is playing primarily as a third baseman, while Charlie Ruud is patrolling the outfield.

That leaves Albers and John McCaustlin, who threw the first four innings of Saturday’s game, as two of the most-established pitchers available along with Mick Dudero and Matt Neuger.

“I’m prepared for whatever comes my way,” Albers said. “If the ball gets handed to me, I’m not going to give it back and it’s been alright so far.”

Opposing Dundas on the mound Saturday was Northfield’s Jake Mathison, who made his longest appearance of the season so far.

During his six innings of work, five runs crossed the plate for the Dukes. Only two of those were charged against Mathison however, as the Knights committed five fielding errors behind the hard-throwing right-hander.

Dundas’ Jon Bishop launched a two-run homer in the top of the first, but Northfield tacked on two runs in the bottom of the first with the help of an RBI double from Aldon Severson.

When Mathison departed the game after striking out seven and allowing seven hits following the sixth inning, the Dukes were holding onto a 5-3 lead that was expanded upon with three more runs in the top of the seventh. Those came against Luke Johnson, who pitched the final three innings while striking out a pair, allowing five hits and surrendering four walks.

Both Dundas and Northfield were in action again Sunday afternoon, with Northfield suffering a 6-2 defeat at the Rochester Royals and Dundas falling 7-4 at the Elko Express.

The Dukes were locked in a 4-4 tie late into the game, but three runs from the Express broke the game open.

The Knights, meanwhile, were unable to awaken their bats Sunday and finished with only six hits and struck out 16 times.