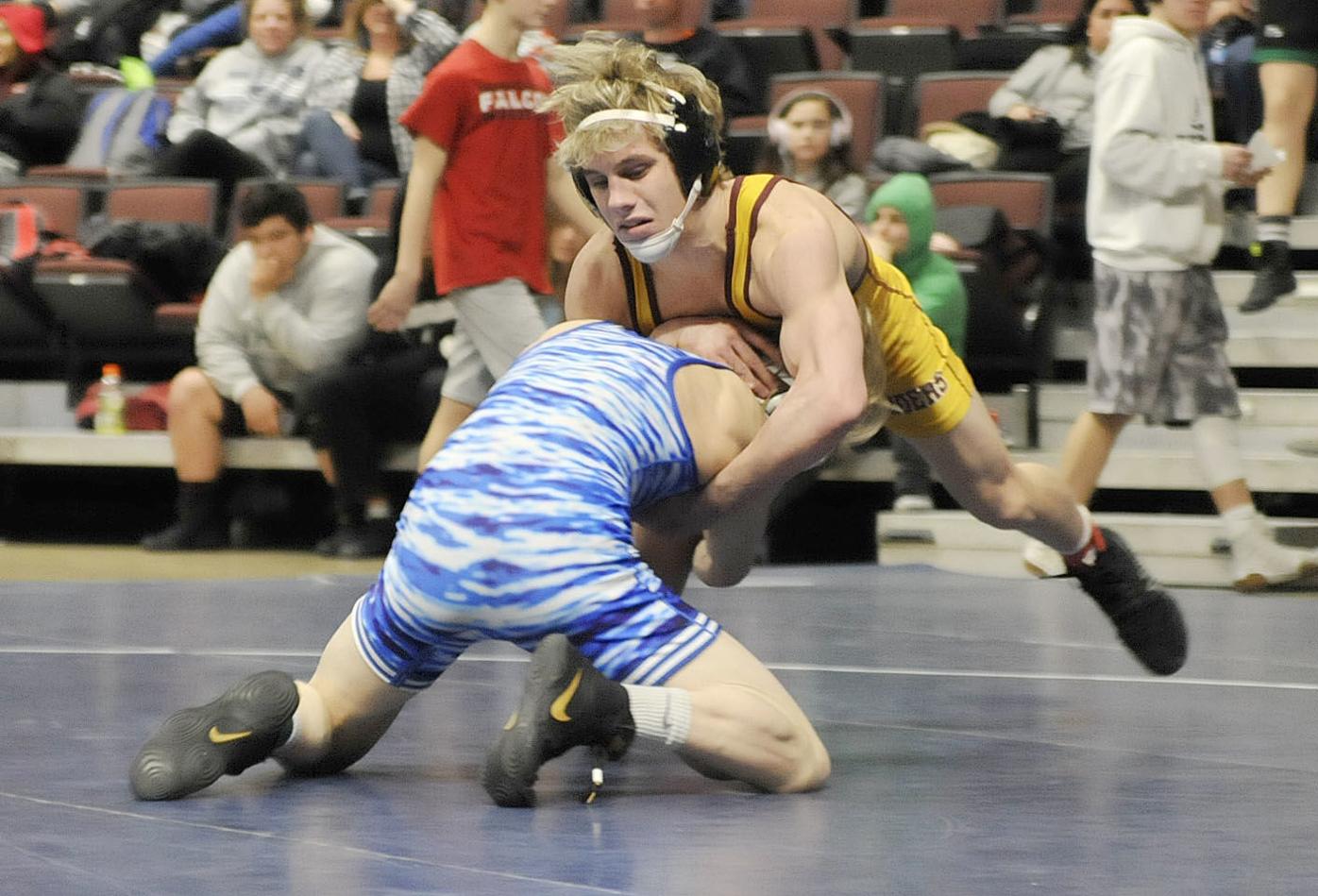 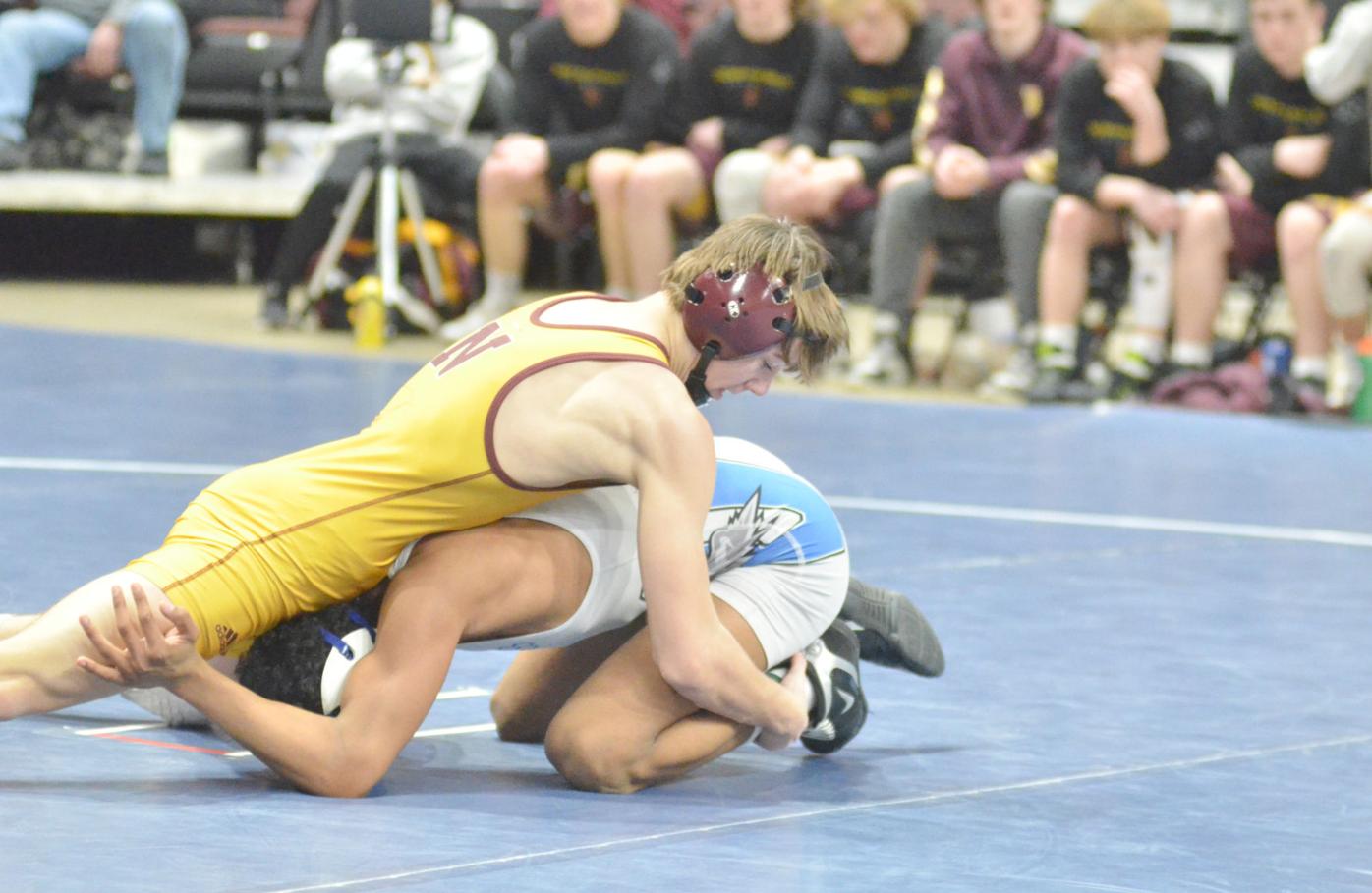 Northfield junior Jake Messner starts the season as the team’s top-ranked individual wrestler with his No. 4 ranking in the 132-pound weight class. (File Photo/southernminn.com)

Northfield junior Jake Messner starts the season as the team’s top-ranked individual wrestler with his No. 4 ranking in the 132-pound weight class. (File Photo/southernminn.com)

Jan. 15 at Owatonna, Pine Island — Well, this is one way to start the season. After Owatonna and Northfield have alternated winning the Big 9 Conference and Section 1AA title the past two seasons (with neither able to win both at once), they will start the season against one another, with the winner likely to win the Big 9 barring any extremely unexpected results. The Huskies open as the No. 6 team in Class AAA, while the Raiders are No. 11. Both possess six wrestlers ranked in the top 10 at their individual weight classes, with potential ranked matchups at the 126-pound weight class between Northfield’s Chase Murphy (No. 6) and Owatonna’s Yves Evillard (No. 9) and at the 182-pound weight class between Owatonna’s Matt Seyorka (No. 9) and Northfield’s Nick Mikula (No. 10). These two teams are also slated to wrestled in the first match of the triangular at 5 p.m., so neither coach will have an early prognostication of any lineup maneuverings from the opposition. The Raiders and Huskies are also slated to meet Jan. 29 in Northfield in a triangular with Albert Lea, although that is marked as non-conference matchup.

Jan. 22 vs. Byron, St, Michael-Albertville — Without the traditional invitationals and tournaments this season due to COVID-19, the 2021 schedule features plenty of creative scheduling of normally non-scheduled top teams. That includes this early-season date with St. Michael-Albertville, which starts the season ranked No. 3 in Class AAA. The Knights feature six ranked wrestlers, including the top-ranked 106-pounder and second-ranked 113-pounder, two weights where the Raiders are lacking varsity experience. At 126, there’s a potential ranked-on-ranked matchup between STMA’s Parker Janssen (No. 3) and Northfield’s Chase Murphy (No. 6), and another at 132 between Northfield’s Jake Messner (No. 4) and STMA’s Isaiah Misna (No. 7). Byron, for its part, also has the 10th-ranked wrestler in Class AA at 126 and the second-ranked wrestler in Class AA at 132.

Feb. 4 at Farmington — One of only four dates on the schedule that doesn’t include a Big 9 opponent, and it’s a straight dual meet against another potential challenger for the Section 1AAA title. The Tigers start the season ranked No. 12 in Class AAA and possess five ranked wrestlers. There’s no direct crossover between ranked wrestlers on either team, although this might be a match in which junior Darrin Kuyper (170) and junior Mason Pagel (195) both prove they deserve to be ranked after the pair missed the majority of last season with injuries. The Tigers have senior Austin Hamel ranked No. 8 at 170 and senior Parker Venz ranked No. 5 at 195.