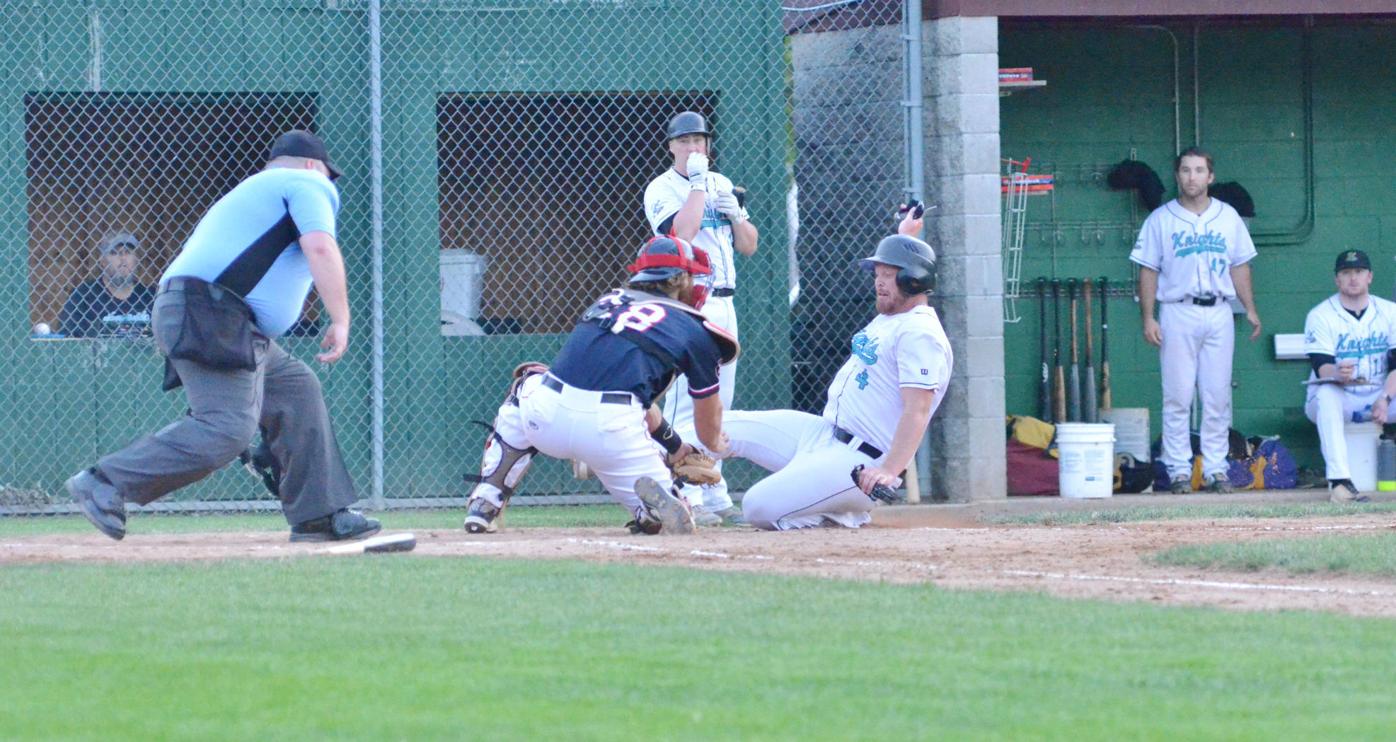 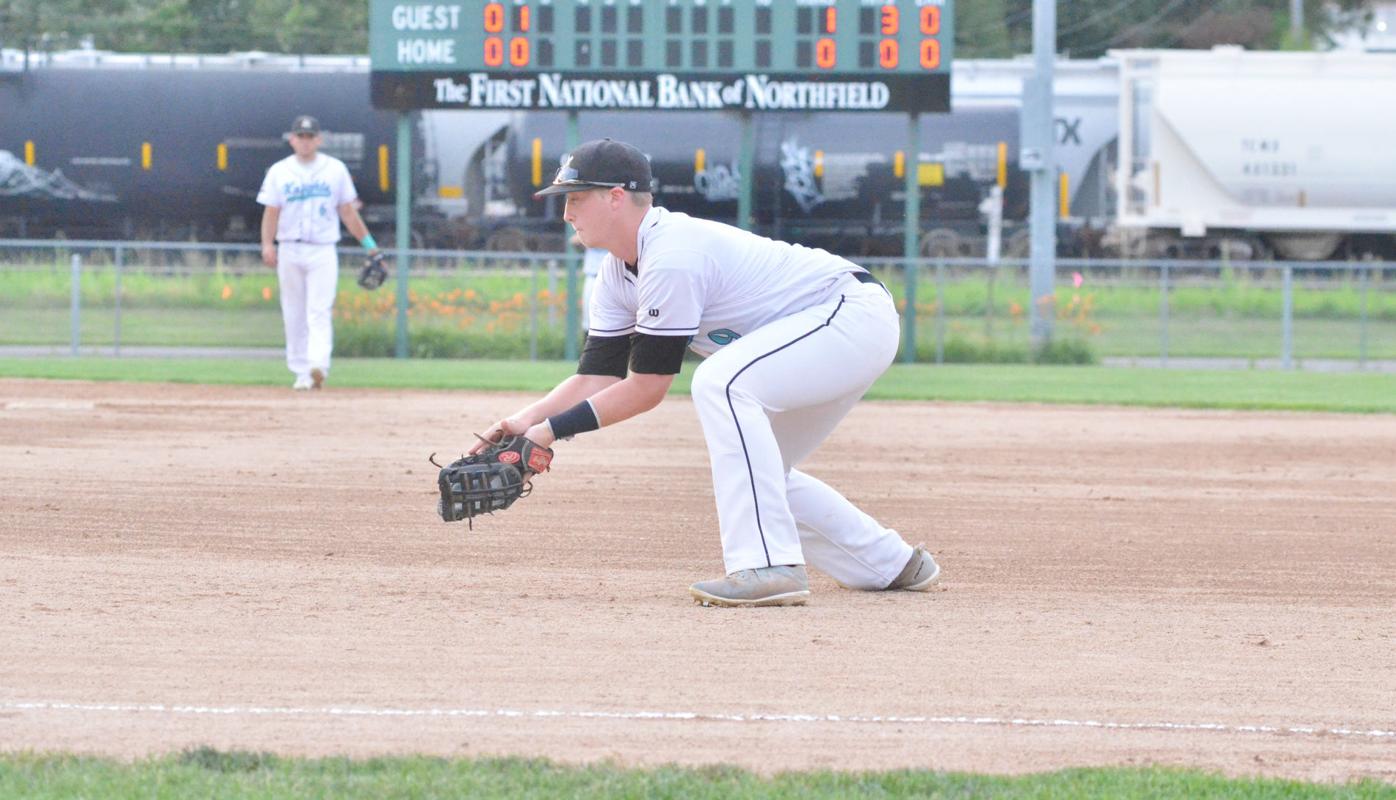 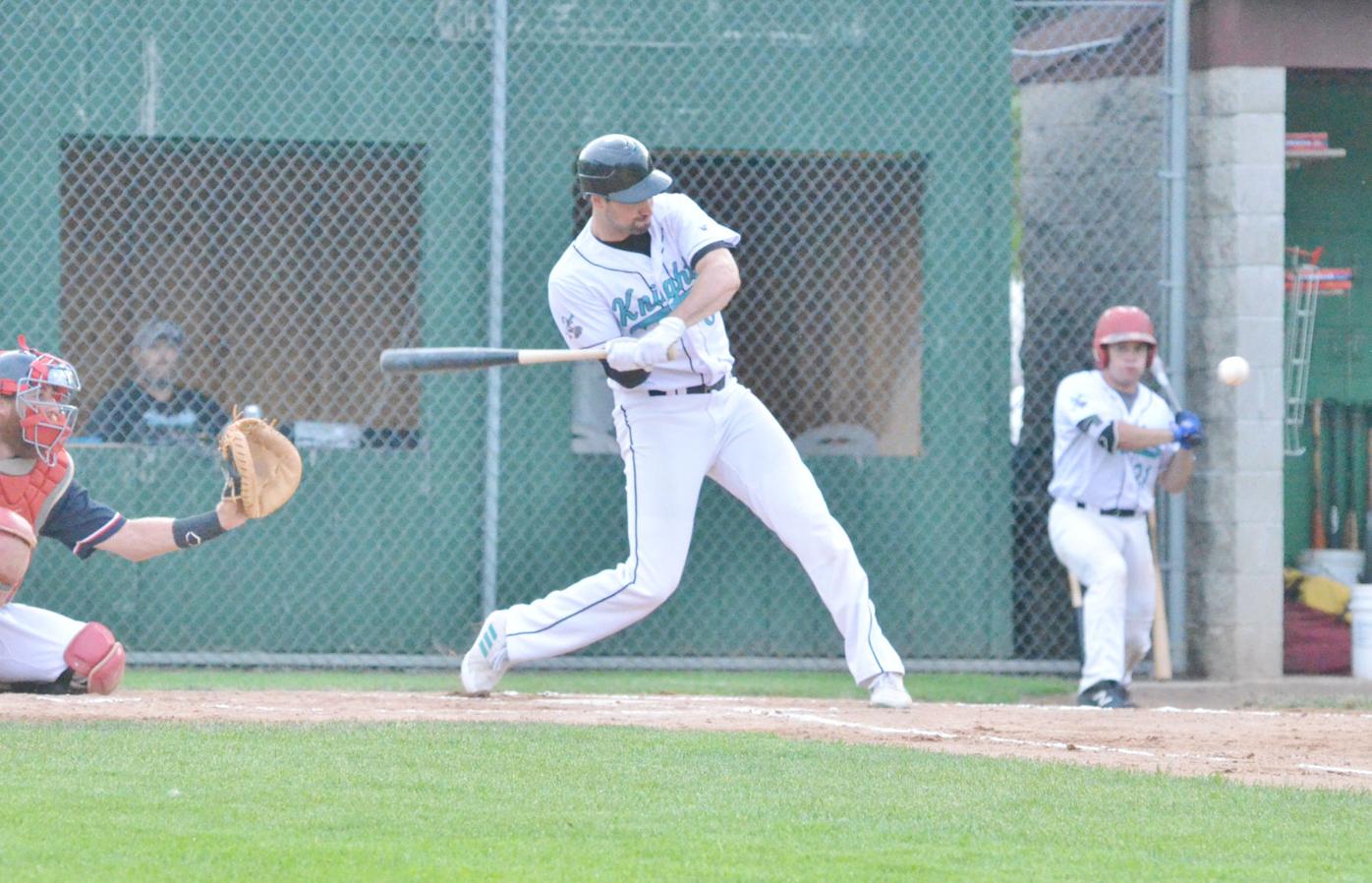 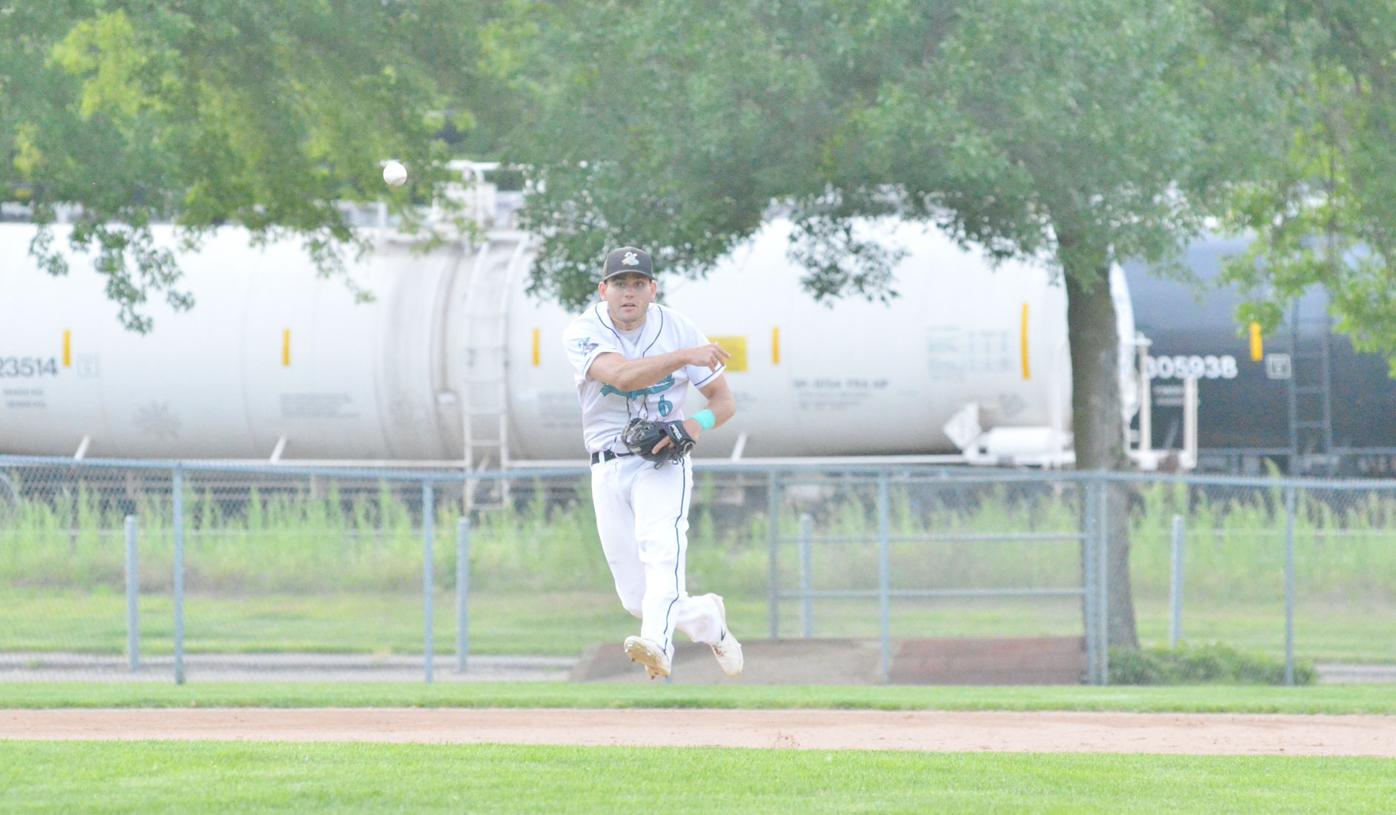 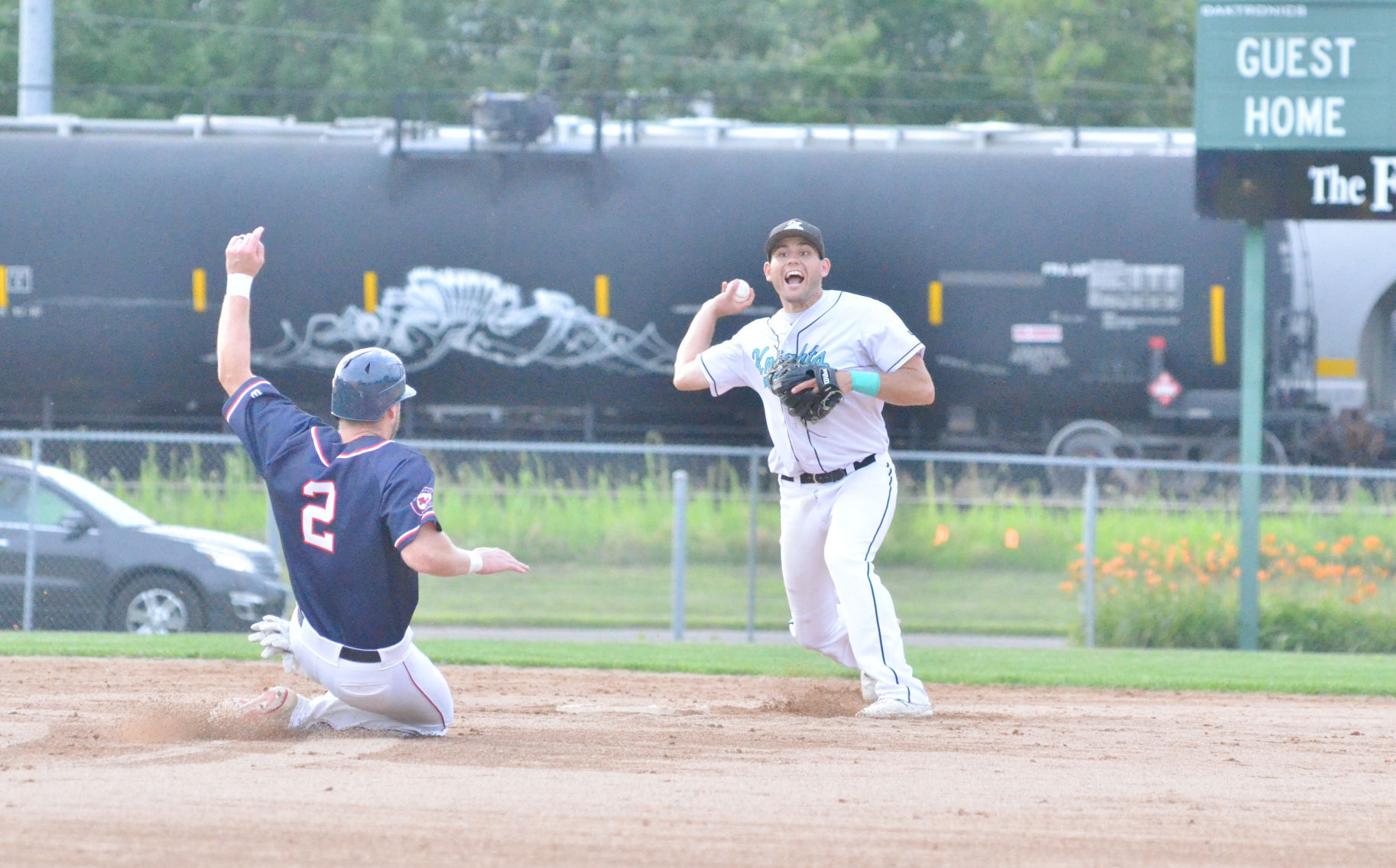 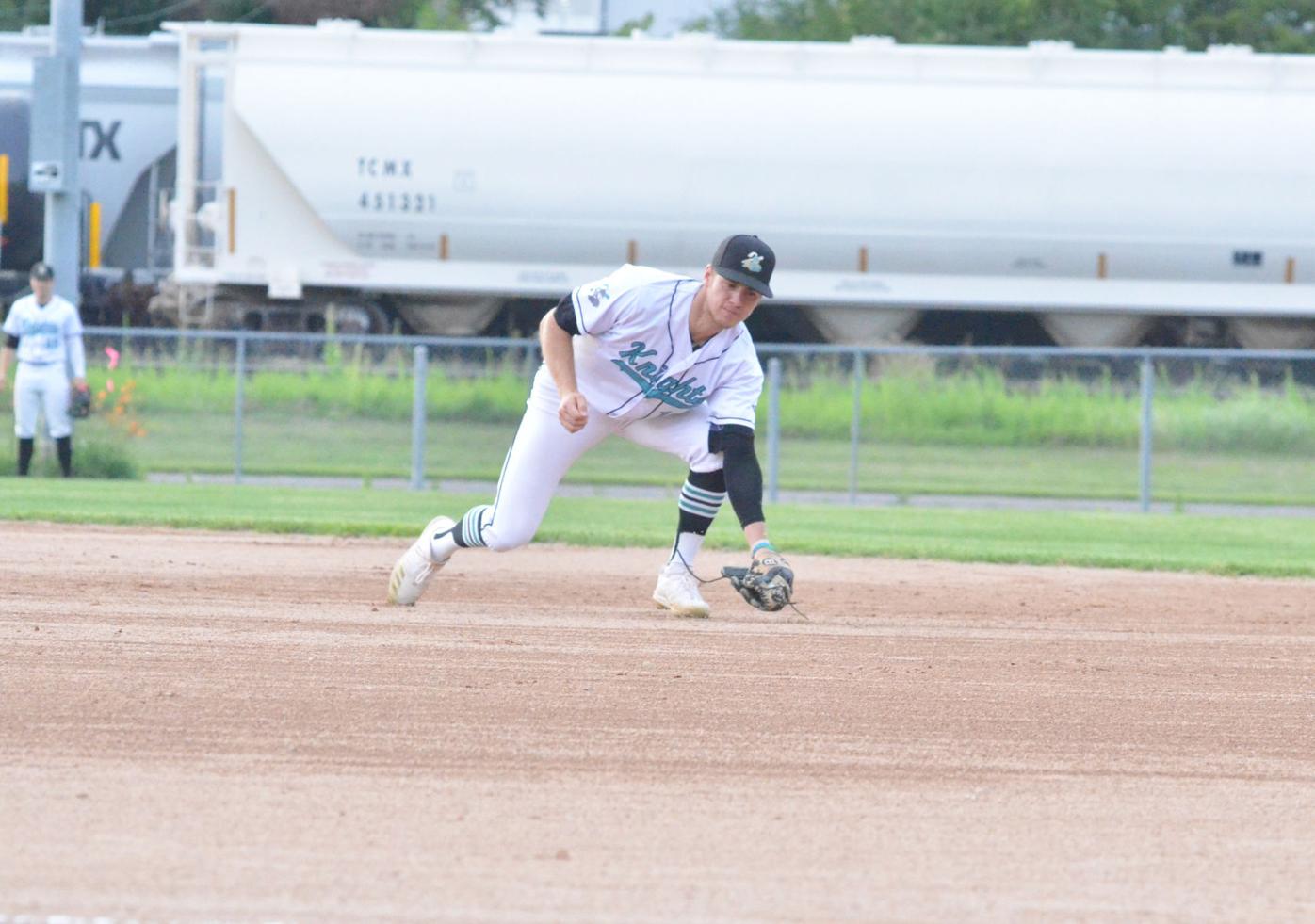 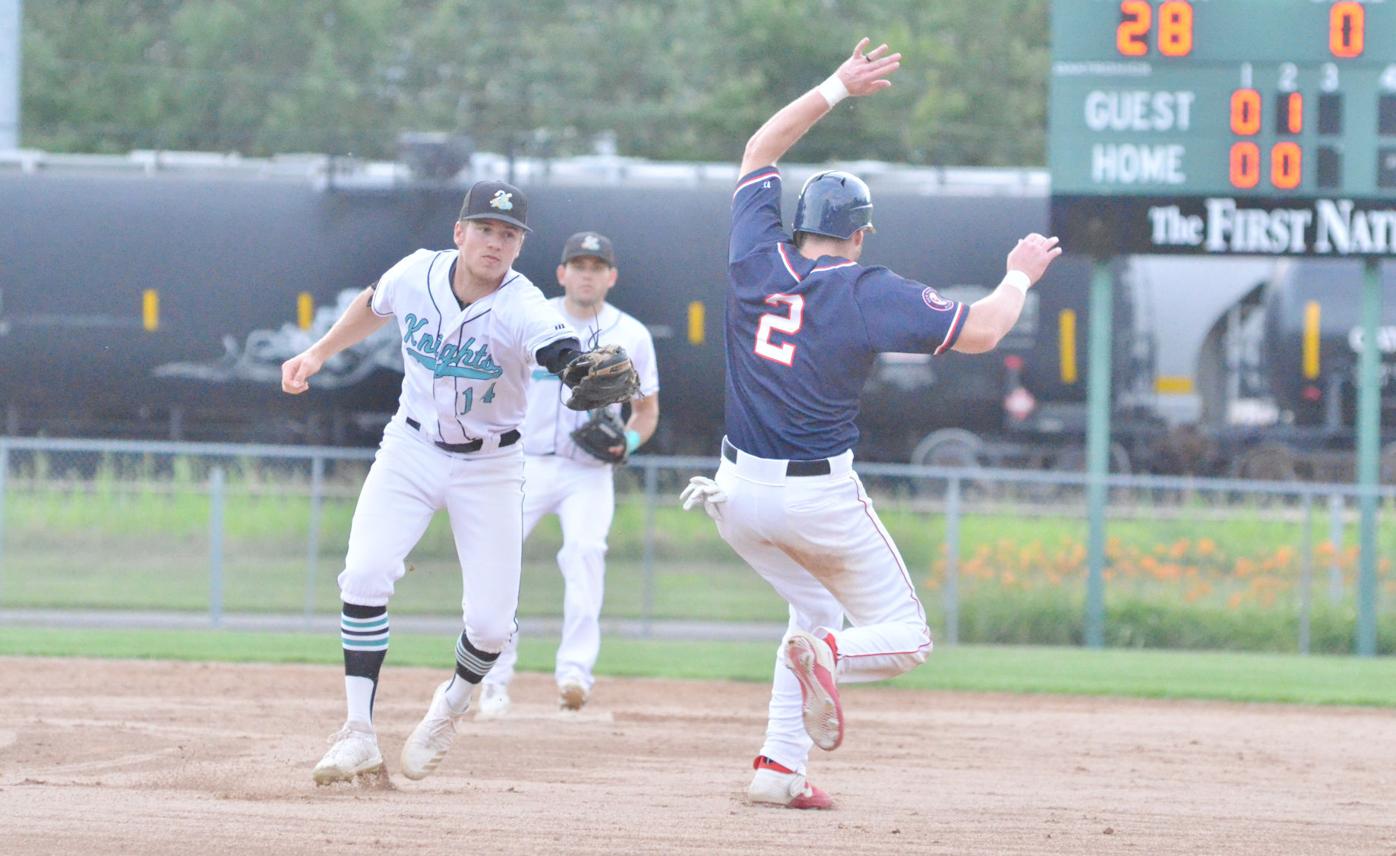 As is often the case, there were late runs aplenty in a Northfield Knights game.

This time, however, Northfield was left watching ninth-inning runs cross the plate, as New Market scored three in the top of the ninth to power its 4-1 victory Wednesday night at Sechler Park in Northfield.

That late rally was fueled by a pair of errors to start the top of the ninth, and all three runs were unearned against Knights starting pitcher Jake Mathison, who fired a complete game.

The ninth inning started with New Market's Nick Rost lifting a fly ball to left field, where Northfield's Tim Maus attempted a running catch only for the ball to carom off his glove and toward the outfield fence.

The next batter, Tim Stewart, swung wildly at strike three in the dirt, but catcher Nick Juaire's throw was in the dirt to first base, where Aldon Severson was unable to pick it cleanly. That also allowed Rost to advance to third base.

Lucas Crimmins then hit a sacrifice fly to center field to score Rost, before the Muskies singled three consecutive times, had a runner tagged out between second and third base, and flied out to center to end the inning. The Knights went down 1-2-3 in the bottom of the ninth to end the game.

Northfield finished with only four hits throughout the game, and scored its only run with center fielder Scott Benjamin's RBI double in the bottom of the third to score shortstop Thomas Meland, but a potential second run was wiped away when right fielder Sam Stuckmayer was tagged out at the plate.

Mathison finished with nine hits allowed across the full nine innings, while also walking three and striking out 10 batters.

The loss drops the Knights to 5-5 in Section 1B, where they are now tied with Dundas (6-6) for third place. Rochester, meanwhile, lurks a half game behind in fifth place after topping Hampton 3-0 on Wednesday night and has one more game remaining at home against Elko.

Northfield is back in action at Sechler Park on Thursday night against Hampton before closing its regular season Friday with a trip to battle Miesville.