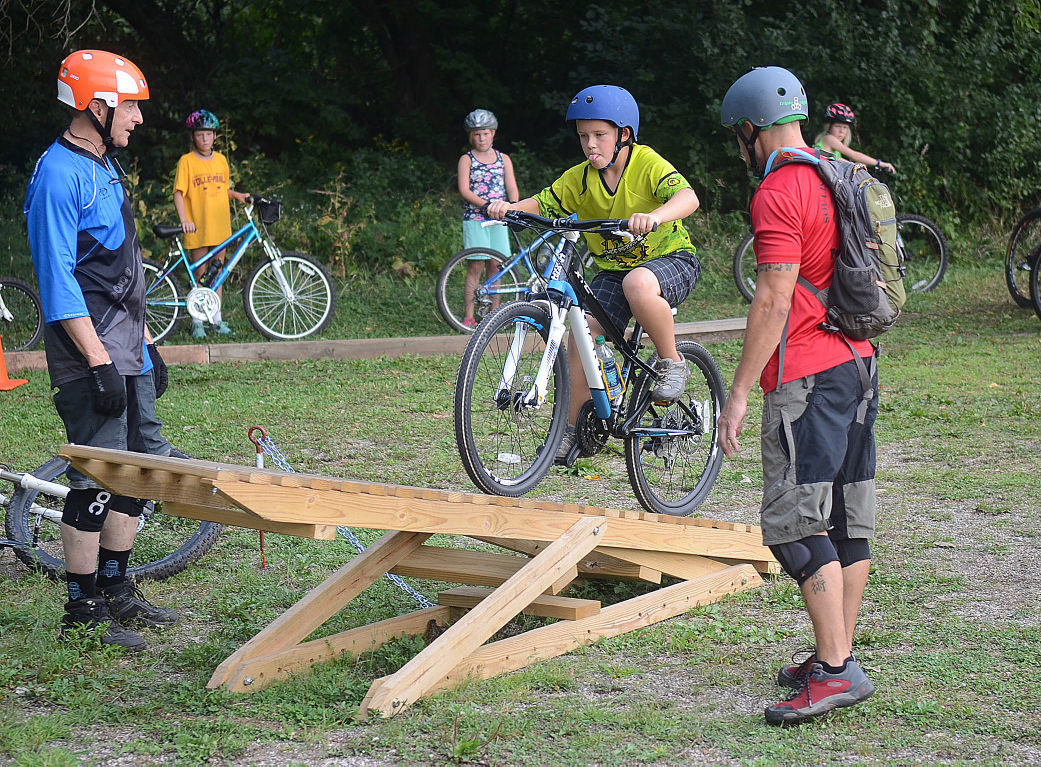 Jayden Seifert tested his skills on a teeter-totter this summer at the Sechler Park mountain bike trail. (Nick Gerhardt/Northfield News) 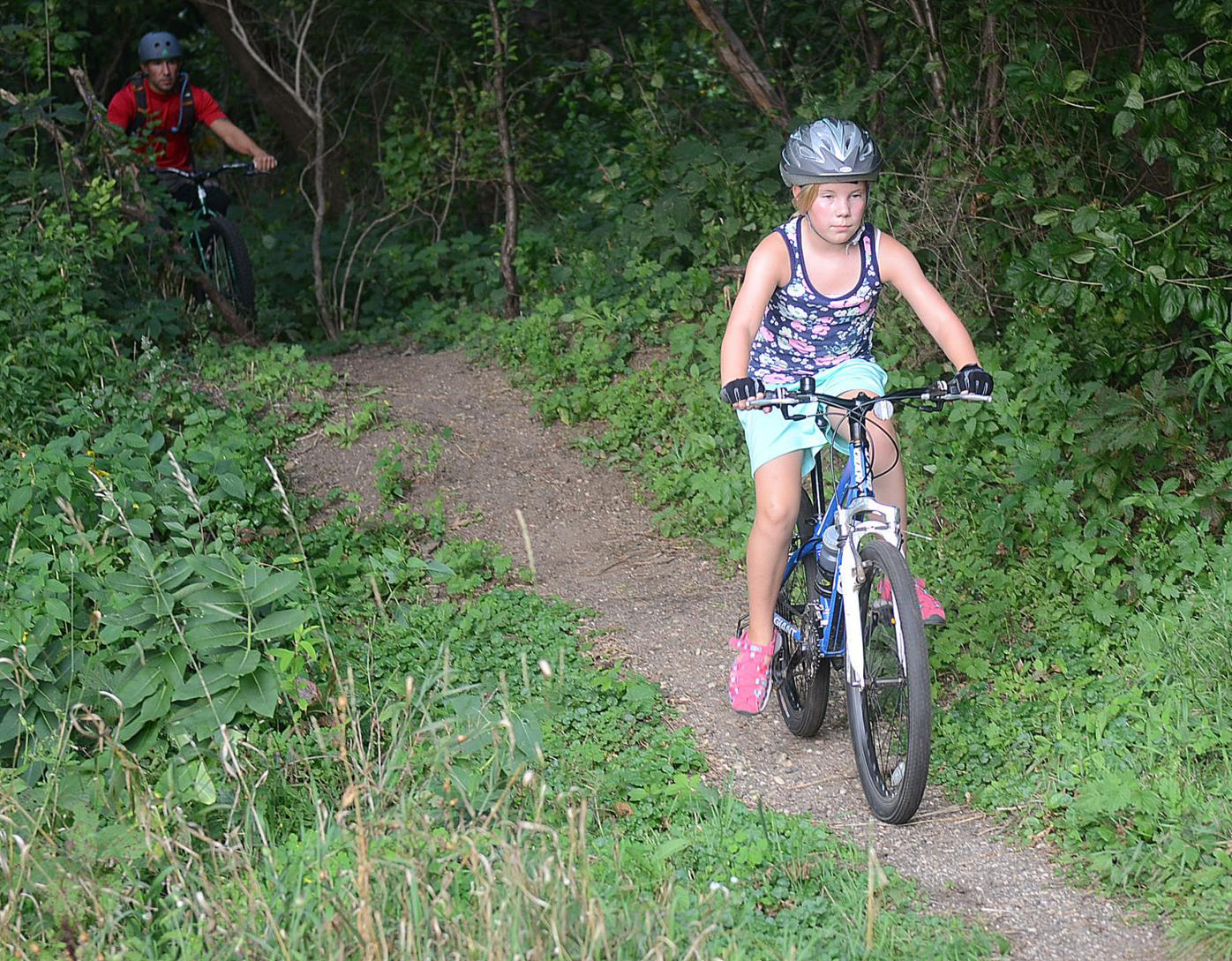 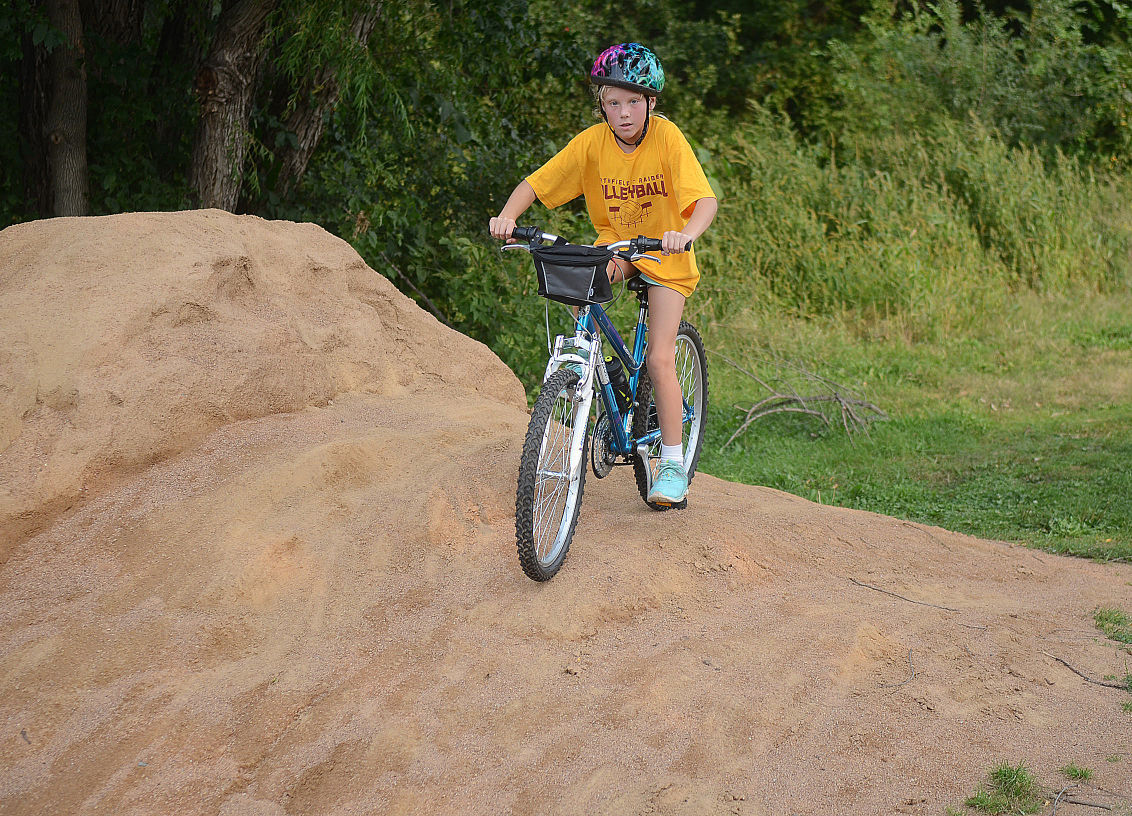 Lucy Menssen and other youth riders tried out the dirt pile at Sechler Park in the summer as part of Monday Night Rides through Northfield Community Services and Cannon River Offroad Cycling and Trails. (Nick Gerhardt/Northfield News)

Jayden Seifert tested his skills on a teeter-totter this summer at the Sechler Park mountain bike trail. (Nick Gerhardt/Northfield News)

Lucy Menssen and other youth riders tried out the dirt pile at Sechler Park in the summer as part of Monday Night Rides through Northfield Community Services and Cannon River Offroad Cycling and Trails. (Nick Gerhardt/Northfield News)

The mountain bike trail at Sechler Park saw an infusion of youth riders this summer as part of a program the Northfield Community Services and it might have an impact in the future.

Group rides were held Mondays at Sechler Park from June through August for riders entering grade 5 to adult riders and led by members of Cannon River Offroad Cycling and Trails group. The rides attracted anywhere from a dozen to 25 riders during the summer and the sessions concluded with a trip to the Cuyuna Lakes Mountain Bike Trail System.

The youth riders who participated in the Monday night rides could find themselves competing with the Cannon Valley Composite team in the future.

The Minnesota High School Cycling League started in 2012 and a Faribault Composite team sprouted up last year. That team has morphed into the Cannon Valley Composite team, which features five team members. Riders starting in seventh grade can participate in the league.

The Cannon Valley Composite team finished with 427 points in the first meet Sept. 13 in St. Cloud of the season in Division 2, at the Jail Trail. Patrick Welch finished 10th in the sophomore boys division two race.

The trail at Sechler Park also includes a skills area where riders can try riding over a teeter-totter, a log beam skinny section and a dirt pile with five levels of difficulty ranging in height.

CROCT will also take part in Take a Kid Mountain Biking Day Saturday at Lebanon Hills in Eagan from 10 a.m. to 4 p.m. to help encourage interest in mountain biking at the youth level.

“I think it’s a great trail for especially being here in Northfield,” Bernhard said. “I was impressed with all the work the group has done. I really had no idea until I got out there how much work went into it.”

CROCT member Griff Wigley said the paved trail to the mountain bike track made it easy for parents to allow their children to attend the Monday night rides.

“Parents felt comfortable letting their kid ride their bikes,” Wigley said. “That turned out to be a big thing that parents didn’t have to haul their kids or bicycles. One of the things that surprised us was the number of girls who came out.”

Wigley said the group wants to connect with Crank Sisters, a women’s outreach program for the Minnesota High School Cycling League dedicated to generating more interest with girls in mountain biking, for girls only summer clinics.

Nick Gerhardt is the Northfield News’ sports editor. You can reach him at 645-1111. Follow him on Twitter @NorthfieldNick.