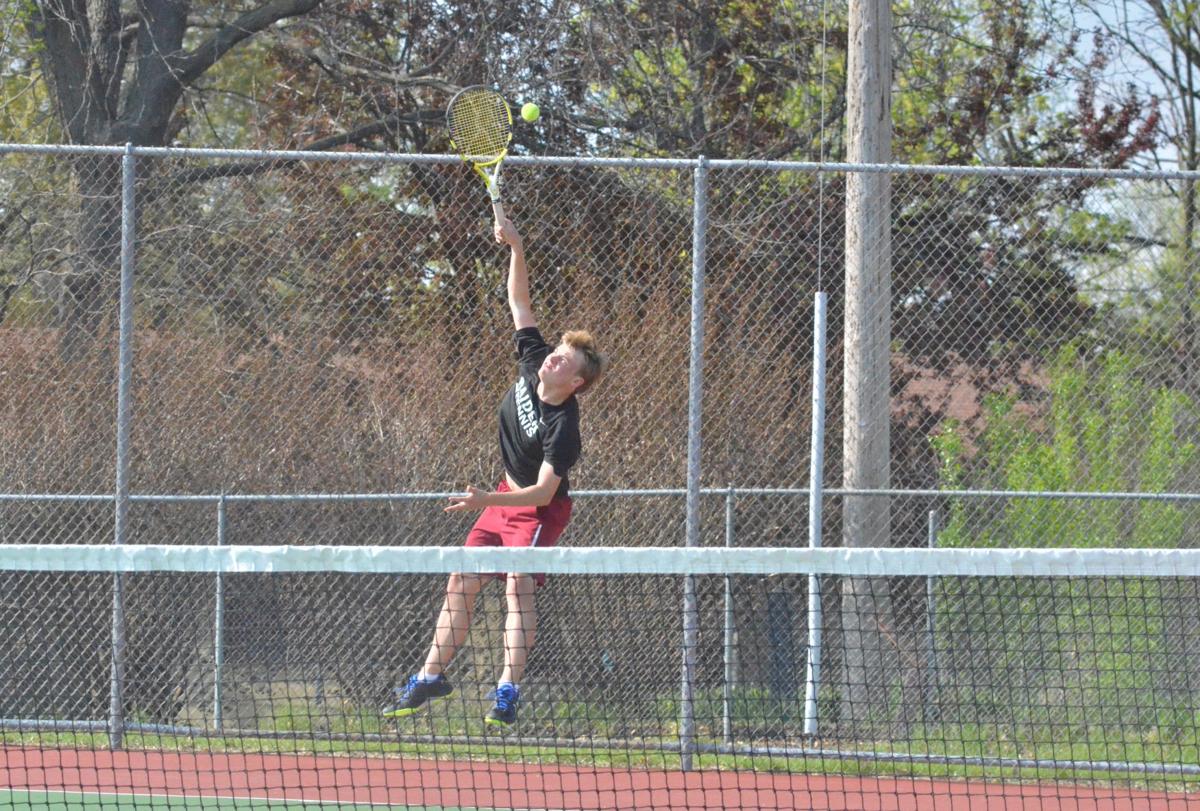 Northfield senior John Krenzel slams a serve during Tuesday's 7-0 victory against Austin in the first round of the Section 1AA tournament at Northfield High School. Krenzel won 6-3, 6-4 at No. 2 singles. (Michael Hughes/Northfield News) 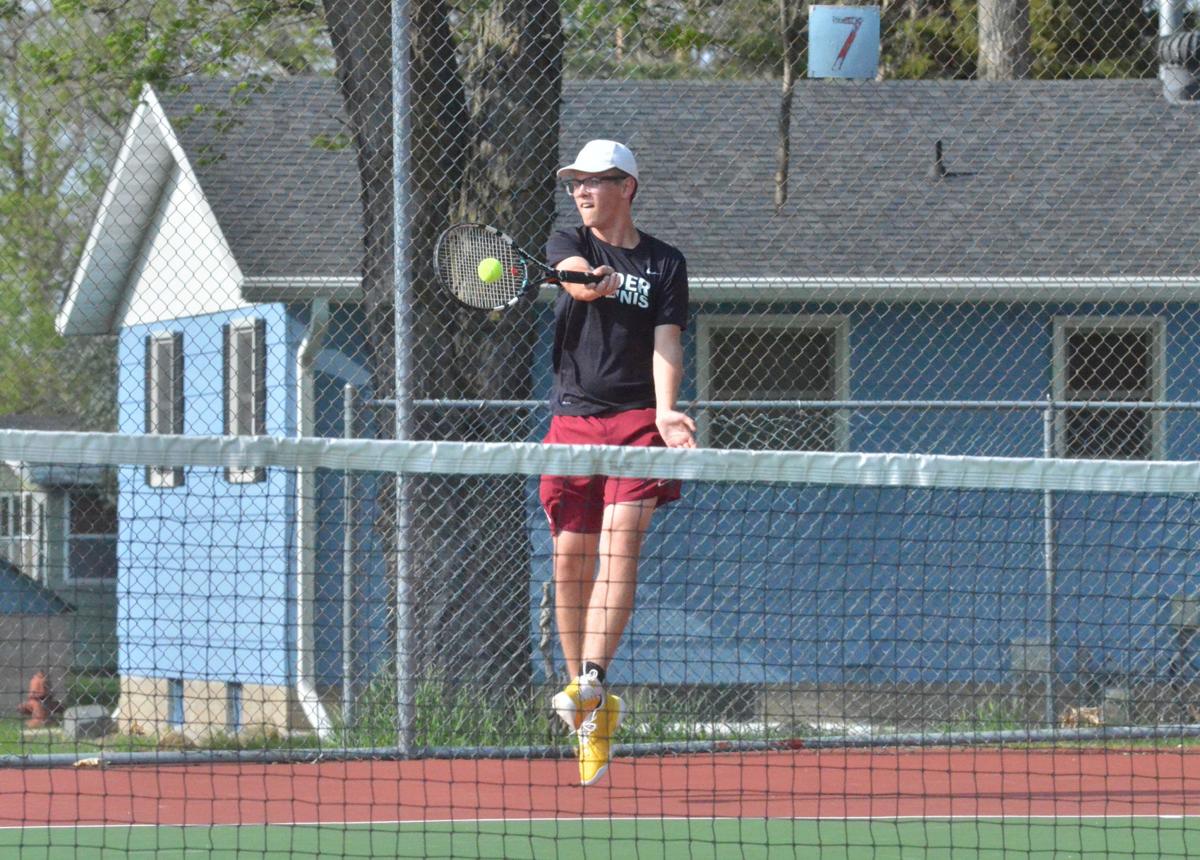 Northfield sophomore Robby Swenson slaps a forehand during Tuesday's 7-0 victory against Austin in the first round of the Section 1AA tournament at Northfield High School. Swenson won at No. 3 singles 6-2, 6-4. (Michael Hughes/Northfield News)

Northfield senior John Krenzel slams a serve during Tuesday's 7-0 victory against Austin in the first round of the Section 1AA tournament at Northfield High School. Krenzel won 6-3, 6-4 at No. 2 singles. (Michael Hughes/Northfield News)

Northfield sophomore Robby Swenson slaps a forehand during Tuesday's 7-0 victory against Austin in the first round of the Section 1AA tournament at Northfield High School. Swenson won at No. 3 singles 6-2, 6-4. (Michael Hughes/Northfield News)

Looking at the scoreboard at the Northfield High School tennis courts Tuesday afternoon, Northfield assistant coach Mark Welinski shared a succinct thought about the doubles portion of his team's lineup.

"That's a lot of heat right there for us," Welinski said. "That's a pretty good doubles lineup."

That doubles lineup won at all three position against 10th-seeded Austin in a 7-0 win for seventh-seeded Northfield in the first round of the Section 1AA tournament, and did so while only dropping five games across the three positions.

What made that stacked doubles lineup possible, though, is the ascendance of a couple players featured in the singles lineup for the Raiders, who advanced to play at second-seeded Rochester Mayo Thursday afternoon.

Senior John Krenzel, who has played doubles for most of his varsity career, came through with a 6-3, 6-4 at No. 2 singles.

"This was a big win against a really hard-hitting kid, and I wouldn't say he struggled, but he certainly had a challenge," Welinski said. "He's grown quite a bit as a player, and you can tell with how he plays his matches. JT is just a real valuable asset for the team, no two ways about it. I wish we had about six of him."

That wasn't always the case when it came to singles play for Krenzel, who struggled in his first couple attempts at it this year. What's changed between then and now, Welinski said, is Krenzel stepping back and identifying what he needed to do to flip the results in his favor.

The key performances extended to No. 3 singles, where senior Robby Swenson came through with a 6-2, 6-4 win, and at No. 4 singles, where freshman Anthony Amys-Roe delivered a 6-4, 6-2 victory.

That allowed senior Larson Ringlien and junior Owen Halls to pair for a 6-0, 6-2 victory at No. 1 doubles, and sophomore Pascal Cogan and freshman Oden Hoff, the latter of who played primarily singles in the first half of the year, to join for a 6-1, 6-1 win at No. 2 doubles.

Cogan and Hoff combined Saturday to win the consolation bracket at No. 1 doubles at the Big 9 Conference tournament.

"They actually played much better today than they did down there," Welinski said.

Then, at No. 3 doubles, senior Oscar Hanifl and junior Justin Swanson paired up to cruise to a 6-0, 6-1 win.

The relative constant in the lineup was sophomore Ryan Will, who has alternated between No. 1 and No. 2 singles this year, and Tuesday sprinted to a 6-0, 6-0 victory at the No. 1 position, a spot Welinski says Will should occupy for a while.

"You can't put a price tag on (the experience)," Welinski said. "It's wonderful experience, and he plays up well. It's fun to see it when it happens, because he's got a couple lower gears he can shift into. It's interesting, when we were at Big 9 this Saturday, I think he lost, but he played really well. He likes to play those big hitters."